“If you liked the NAD M51 DAC at $2K, you’ll be impressed with a device that does much the same for $699, enjoy.”, read Bob Rapoport’s email introducing his new DAC: the Essence Hi-Def Audio Control Center. Let’s go with HDACC for short. Essence are better known for electrostatics, not DACs. What gives?

“Blu-ray is recognized as the next generation storage media for uncompressed audio but no DAC on the market has had an HDMI input.”

The biggest selling point of the HDACC is an HDMI input. (There’s an HDMI output too).

“The HDACC is an audio only device that can pass the HD video through to an HDTV from its HDMI output, fully HDCP compliant. The HDACC supports HDMI v1.3 on pass through, only extracting the LPCM 24/96K stereo soundtrack for conversion. Video is not required to hear the audio”, explains Rapoport.

The second biggest selling point is not one but two (!) analogue inputs; that’s ADC for your vinyl rig and 8-track machine.

The third biggest selling point is its US$699 RRP. Surely the lowest to date for HDMI digital audio decoding, so hats off to Essence for that. 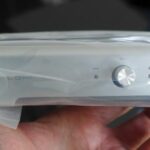 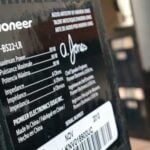