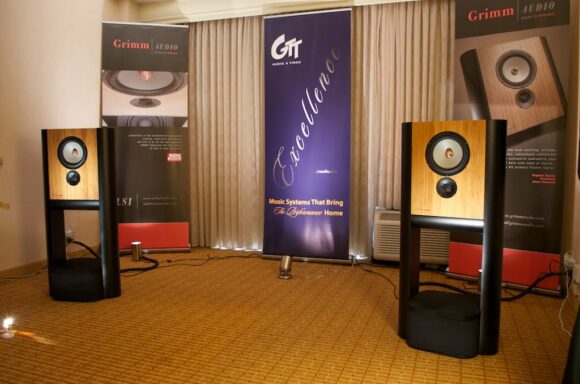 Studio heroes Grimm Audio are bringing their active monitors to the hifi realm. DSP crossovers, class D amps, and seamless integration meant that there wasn’t a more incisive system on offer at the show. Forty Grand stateside. I actually had to fetch my wife out of this room. Twice. 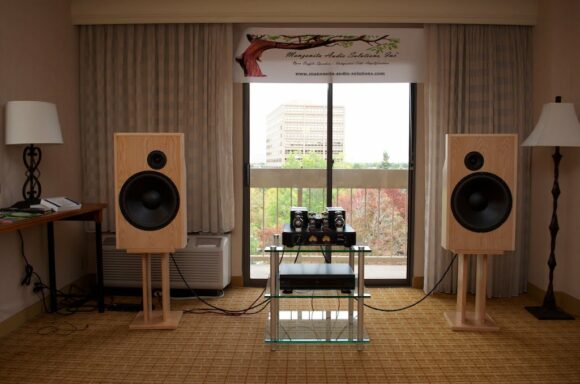 Long time DIY demigod John Busch brought his $2500 Manzanita speakers to the show. Open baffles, 18″ woofers, solid, meaty bass down to 40hz or so… If you’re looking to have a drum-kit in your room on a budget, this is where you go. These things are no joke. 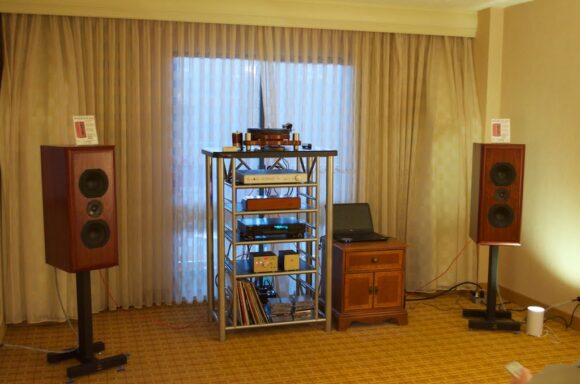 Consistent show-killers PTE brought their usual Phoenix SG speakers, ten grand worth of active standmount. I keep telling people to go check out this room. They either come back in love or they come back with their ears bleeding because Mark Thoke (Chief Bottle Washer) has cranked the Stones up past Altamont levels. Again.

Sources here were either an Antelope Gold DAC or PTE’s own phono stage (US$1600). Spinning vinyl was a modest George Warren / Graham Phantom / Soundsmith Hyperion setup that cost more than the rest of system combined. 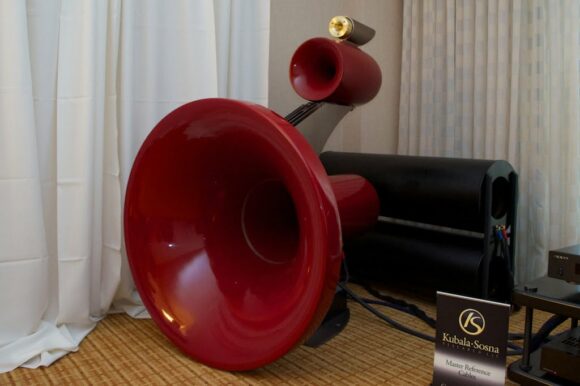 The great thing about RMAF when compared to a regional dealer show is the complete whackos who show up. Jorge Sadurni is a complete whacko. He’s my kind of whacko. He brought huge, red horns. They gelled at one (small) spot in the room, sounded iffy everywhere else, and made a big giant impression for a company making its first show appearance. Price ranges between $25k and $45k. 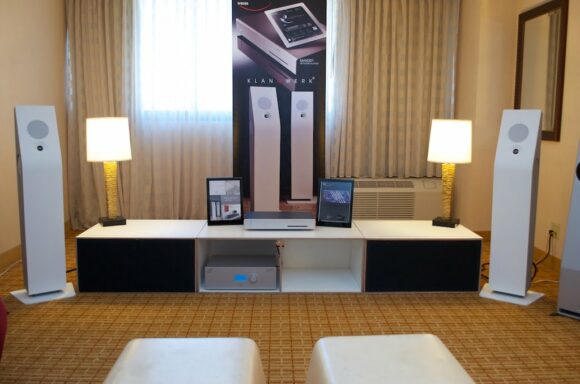 Klangwerk and Weiss were on offer in Tim Ryan’s SimpliFI room. Tim doesn’t hold with special furniture. His rack is a Swiss piece of mass-produced modernity that gets assembled with string. His subwoofers get jammed into the space that reasonable people would use for vinyl. He puts a source on top, plugs in his powered mastering speakers, and is cranking out music within fifteen minutes of showing up.

The Klangwerk Ella speakers (US$7500 *each*) were the stars here. These active monitors have a couple of keen little knobs on the back that help you deal with room problems. This may have been the system that best fit the confines of a hotel room. 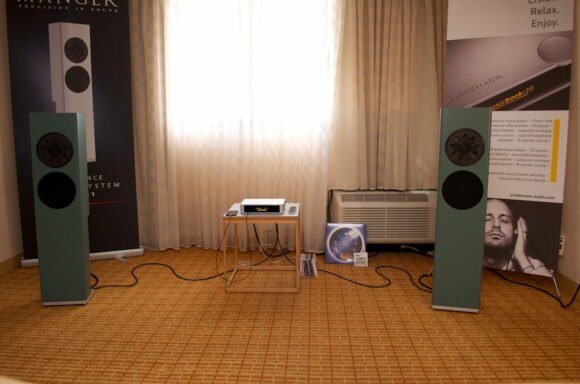 Lindemann paired up with Manger for a real glimpse of the future. Lindemann’s ridiculously good looking MusicBook series of little boxes was on offer. Unused, unplugged, and unloved on a side wall were the MusicBook:50 balanced input stereo amp (US$2250) and a Musicbook:10 USB DAC and pre-amp (US$4000).

Up front and hooked up to a cell phone and a power cord were the MusicBook:25 (US$5500) – a DNLA music player, pre-amp and headphone amp. This Terry Pratchett hardcover sized box showed a surprising amount of Lindemann’s house sound on tap. The speakers were a sea-foam green pair of of active Manger MSMs1. Daniela Manger was on hand to explain that European pricing is hovering around ¢16,000 but with US distribution yet to be finalised, US pricing would be a figment of my imagination.

The sound? Mangers have always been special. Here, actively crossed with well sorted amps on the top and bottom, the Mangers offered a delicacy that rivalled the best an old Quad ESL could manage. If there seemed to be a little brittleness, it was early in the day and I’d barely had any coffee.

This is what the future looks like, and I for one  am looking forward to it. 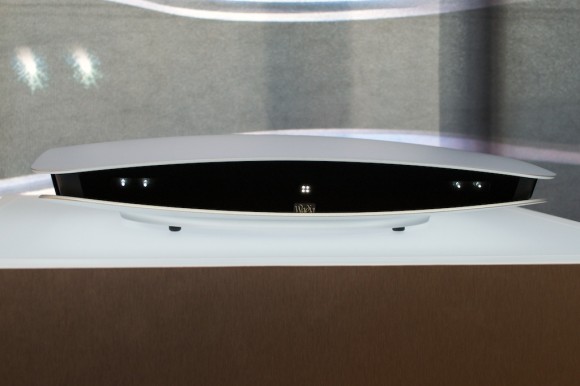 The lighted pedestal was a nice touch (I thought). Wadia’s Intuition 01 (US$8500) is probably the slickest bit of modern industrial design floating through the hifi world these days. Highlighting it seems proper. I’ve heard it before, and while I was impressed, I’d always thought of it as being a bit too much style and a just a wee bit too little substance. Sonus Faber’s Olympica I (US$7700) was the dancing partner at RMAF.

There. Is. Something. To. Be. Said. For. Corporate. Synergy.

The Wadia brought the little Sonus Fabers to life in a way that I simply wouldn’t have expected given my prior experiences. This system presented a serious option for the style-conscious audiophile with a gold card. 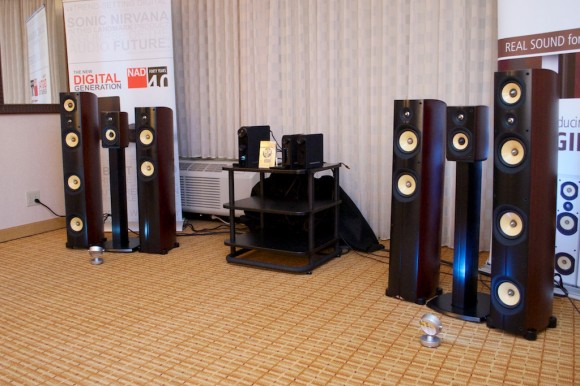 I’m not going to start waxing rhapsodic about NAD. If I start, then you’ll start, and then we’ll be here all day. Same deal with PSB. These people deal a highly addictive sound…and they know it.

Let’s start with cans. Darko reviewed the PSB M4U 2 cans a few months ago. Now there’s a set of PSB designed NAD cans: the HP-50. They’re basically the same thing, except good looking and comfortable. US$279.

Music in the room came from Bluesound. While I was there, we listened to the Bluesound Vault (US$1000) which rips, stores and streams.

The combo that most impressed me was the PSB Imagine T2 (US$3500) with the D 3020. While it could have used a bit more grunt, the traditional NAD virtues of improbable authority and silly musicality were in strong supply. You could listen to that sound all day. 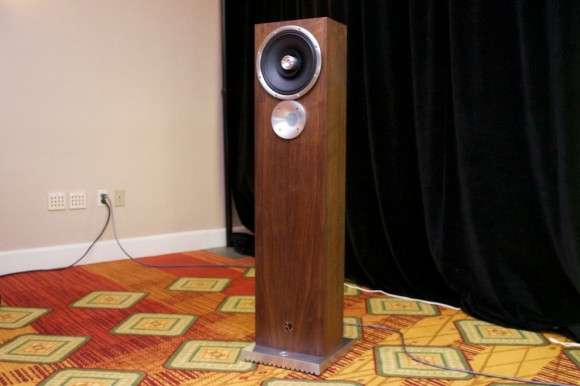 It was a room. It was a room without Sean Casey’s record collection. I cried a single, crystalline tear before leaving.

[The Australian distributor for Peachtree Audio says the Grand Integrated is a discontinued model. However, Peachtree’s own “Ambassador of Awesome” Jon Derda assures me that this GI will be in active duty until well into 2014.  Another production run is imminent. – Darko] 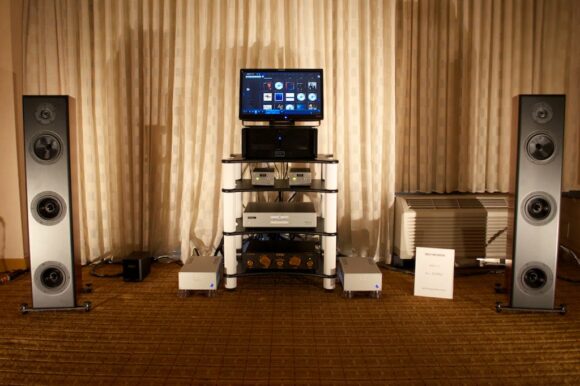 Endeavor Audio Engineering debuted their first speaker in August. That promising E-3 (US$6500) saw itself fronted by a VAC preamp, some Channel Island monoblocks, a Bret Mann on percussion, and a Dean Peer on thudstick. Dean danced on his vast array of pedals until he drove the speakers so deep into brown-note territory that the designer, Leif Swanson, leaned over to me to whisper, “I didn’t know my speakers could do that.” More manufactured sources were in use later. Not in use at all were Endeavor’s new standmount (US$1500 per pair) and center/mtm speaker (US$1750 each). Based on the performance of their floor stander, I have faith about the sound. 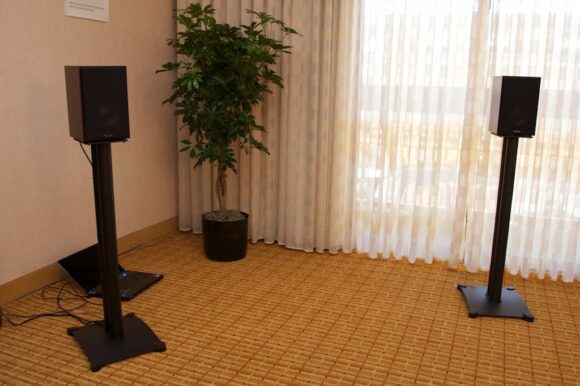 The song remains the same at Vanatoo. They’re cheap, they’re complete, and they rock. No, the system doesn’t compete on sound quality with the statement-stunt systems at RMAF. The Transparent one is FIVE HUNDRED DOLLARS. I would have given your eyeteeth for these when I was in college. I would have sold your kidneys on eBay for these when I lived in a yuppie terrarium in San Francisco. I wish these guys had been in business when I was scrounging up systems by shopping at Goodwill and dealing with schizoid Craigslisters.

You know what the real problem with Vanatoo is? Because of Vanatoo, kids these days just have it too easy. 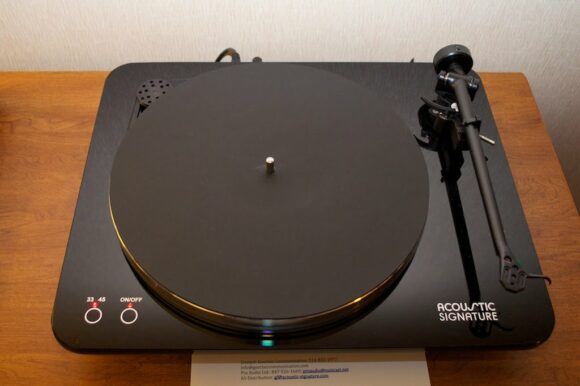 And finally…Digital Audio Review my… err… “parts.” The Acoustic Signature WOW is US$1600 sans arm. It’s an even US$2k with a low-end Rega arm. A Funk FX-R is demonstrably not overkill on this deck. It takes the bearing and AC motor from Acoustic Sig’s traditional Painful Hernia Specials but it pairs them with a nine pound platter and easy, plinth-mounted controls. 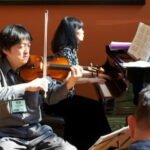 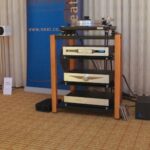