[Mal Kenney’s final slab of RMAF coverage. And what a slab.]

Portable marque Astell&Kern grabbed themselves a real room this year to show of some not-quite-there yet products. On display were prototype A&K Speakers ($TBA), a prototype preamp ($TBA), and a prototype amplifier ($TBA). These were fed by a well-docked AK120 for a wholly respectable small-speaker performance. 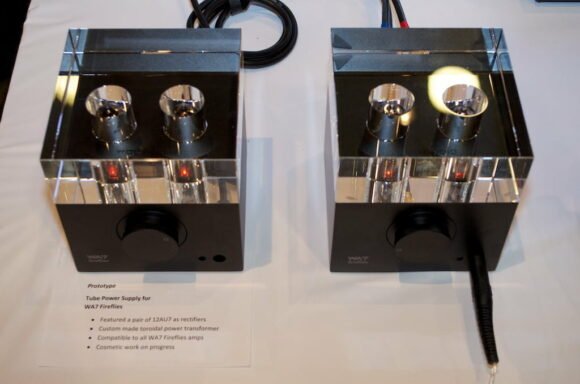 Did somebody say Fireflies? Simon Ho from Woo was on hand to demo Woo’s new tube power supply for the Fireflies. You’ll be looking at a $300-or-so penalty for that option (so US$1300 for the package) but you may want to think about it. Back to back listening made it clear that there were some serious benefits for the right kind of music. If you’re a blues listener, this is what you want. If, on the other hand you need the stompiest of bass, you might want to stick to the cheaper variant. 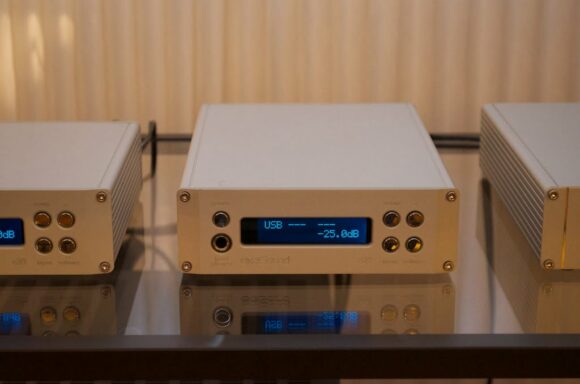 exaSound’s little DACs have been gaining traction as one of the best affordable ways to get decent DSD performance out of a computer. They showed up this time to demonstrate that they’re willing to charge more for it if the market wants to pay. The new e28 DAC (US$3300) gets joined by an optional, overbuilt, linear power supply in a separate chassis. Paired here with some Bryston plate amps and the JansZen zA2.1 hyrbrid electrostats (US$8750 come January), the main effect seems to have been to sand down the unpleasant edge that plagued the earlier models. 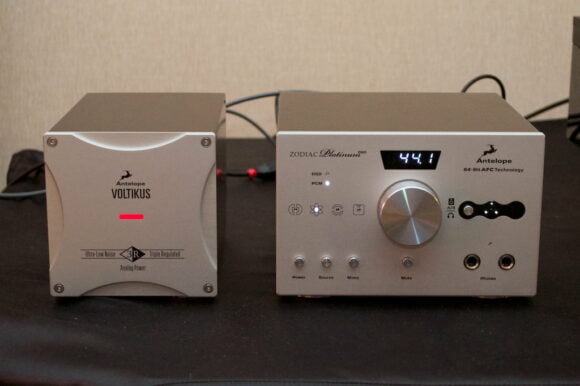 Antelope Audio’s new Platinum DAC was delivering the future-proof goods. US$5900 with the “you shouldn’t think it’s optional” power supply, the Platinum keeps the Antelope tradition of easy-to-swallow detail alive. If anything, the unit sounds cleaner, more relaxed and significantly more dynamic than the previous Gold. Yes, it does DSD up to 256fs. Yes it does PCM up to 768 kHz. Yes, it has an input for a proper word-clock. And, yes, it still offers de-jittered digital outputs. 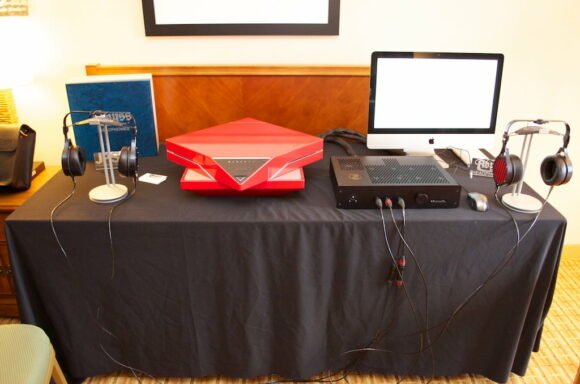 JPS Labs labs is a family business. Joe Skubinski honchos the operation with his sons Jason and Eric. Their corner room in the tower was probably enough sound for anyone. They do cables. They do more cables. And they make the Abyss headphones (US$5500). You can assume the Abyss headphones were on every system.

If you haven’t had the Abyss on your head, you’ve either been in the wrong room or your head is just too small. They’ve always been very comfortable on me. That said, the adjustment procedure is so beginner-hostile that you’ll probably want to avoid sharing them.

One system? AURALiC Vega and Woo WA-5. Another system? Light Harmonic and Cavalli Liquid Gold. Killing it in the corner? Bruce Brown (Puget Sound Studios) brought his Merging Technologies Horus and a disk full of his own masters down for the weekend, hooked it into Reite Audio HP-1 headphone amplifier (US$5500) for a Double DSD and 256fs festival.

In any case, it took well south of twenty grand worth of hardware here to give some audiophile religious views a permanent dirt nap. 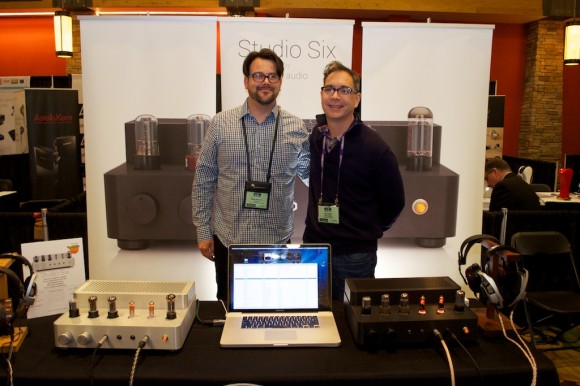 Portlander-at-large Ken Ball brought big things, small things and medium things. The big thing was the all-conquering Studio Six. Both poly-capped and teflon-capped versions were on hand for direct comparisons. I liked the teflon. Ken told me I was imagining things.

The small thing was the new ALO dingus… err… Island. It’s a $300 USB DAC and balanced can amp dominated by the coolest volume knob on earth. ALO also had their midrange products, including the sweet Pan Am ($500), to hand. It almost doesn’t matter how great they sound when there’s a Studio Six sitting right there. 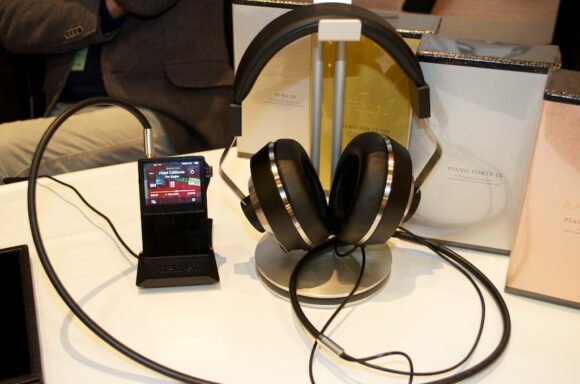 The A&K guys didn’t just get a room, they got a booth. While the joint upstairs was a tease, the tables down in CanJam were a temptation. Beside the now familiar AK100, AK120, docks, accessories and knowing grins, A&K entered the Dingus Class wars with the AK10 (US$320) – a micronized, iPhone5-compatible DAC and headphone amp based on the DAC and output stage of the AK100. It is the only dingus that fits easily in your pocket and works well on the go thanks to the cool, recessed volume knob.

For those of us in the US, A&K is taking over the distribution of Pure Sound headphones. While there was one set of appealing over-ear cans on offer, I found them too plush and comfortable. The wide selection of IEMs, many of the balanced armature ilk, were much more appealing. A&K seems pretty serious about offering one-stop shopping to the folks who want good sound on the go. 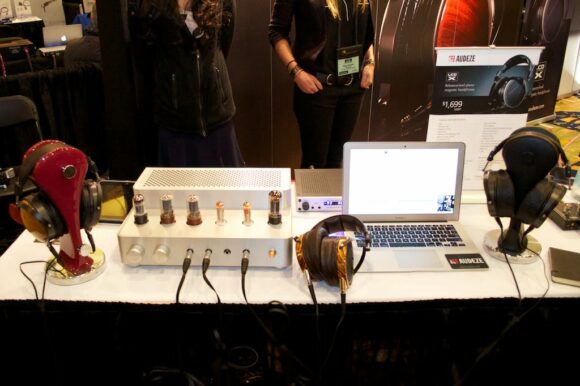 Dear Lord, what will it take to make these people stop trying to take my money? Let’s make this fast so as not to encourage them.

Audeze released two new sets of cans. The LCD-X (US$1700) and the LCD-XC (US$1800) to fill the price gap between the LCD-2 and the LCD-3. Both make use of a lighter and more efficient driver than the previous models. Both will be driven credibly by some fairly wimpy output stages. Both still prefer to see a stonking beast of an amp for best results. The LCD-X feels like a slightly-more-comfy LCD-3. The LCD-XC feels like a sealed version of the LCD-X.

Did I mention that Ken Ball brought a bunch of Studio Sixes with him? This is where that fact comes in handy. Aude’ze makes four headphones. Even if we pretend that we care about the LCD-2 (we don’t), there’s enough room on a Studio Six to plug them all in and play. So that’s what I did. The LCD-3 is still the detail champ. The LCD-X is within spitting distance, but trades a bit of slam on the bottom end for a perceived increase in quickness and liveliness. The LCD-XC brings back a bit of bottom while losing a bit of air. It still has more air than the LCD-2. 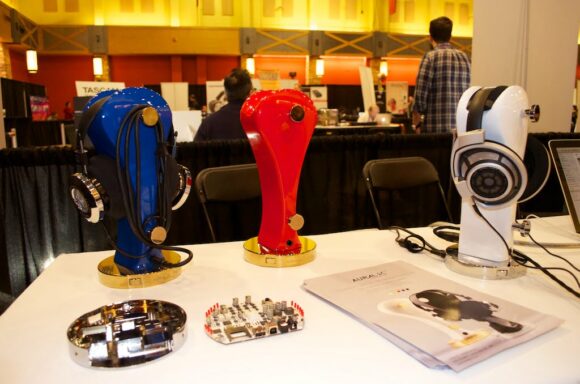 Let’s start with the Taurus MK II can amp (US$1900). It’s improved slightly in performance from the MK I, but it’s improved tremendously in fit and finish. It now looks like a proper stablemate for the superhero Vega Dac (US$3500). Those two got to dance with a set of JPS Labs Abyss for the weekend and they made a fairly credible job of it.

AURALiC’s big reveal though was the Gemini. It’s a dessert topping and a floor wax. They’ve milled a hole in a heavy piece of brass, filled it with a DAC and the output stage of the Taurus, fixed the assembly to the bottom of a Klutz headphone stand and called it a day. Functionality matches what you see in the Dingus Class of DAC/amps but it brings a level of stomp that isn’t quite as common. Cost is a grand for the low-power model and two grand for a bruiser that doubles the output power. Get the bruiser. It sounds great and it can drive ‘planars. 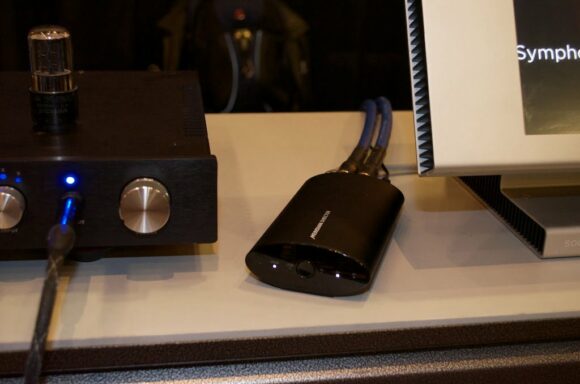 Todd the Vinyl Junkie and partner in crime Pete Millett set up some sort of decadent den at the end of one row. On offer? New can amps from Todd and Pete, new can amps and DACs from Luxman and Ron Lennox from Meridian offering to let people play with a Meridian Director ($700 USD), Meridian’s entry into the main-rig DAC market. It’s a competitive entry with more refinement than you’d get from USB-powered dongles. No mention was made of DSD capability but winks and nudges were given about some other — unnamed! — forthcoming capabilities. 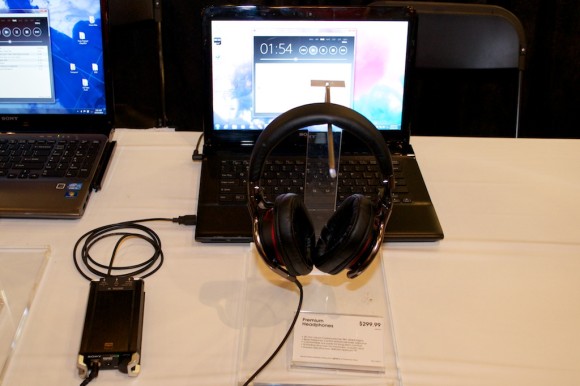 Sony is back in the game in a big way. Two rooms upstairs saw them demo their affordable-by-hifi-standards ES components to good effect. Down in CanJam, a lineup of hi-rez players, DACs and amps were on display alongside a tidy number of MDR-1R headphones (US$300 list). Pictured here is the PHA-2 DAC and headphone amplifier from Sony’s pro lineup. It’s about $600, and it’s built like a tank. Please try not to bean someone with it; it’s a brick. 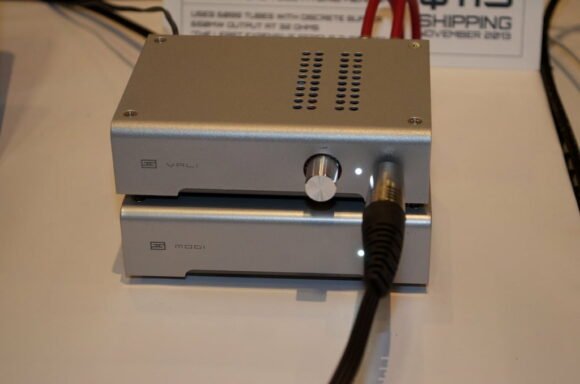 Let’s just call the game: Jason Stoddard and crew have released a $120 vacuum tube headphone amp. Sure it’s tiny. Sure it has a wall-wart. Sure it looks just like their $100 Magni amp. Who cares? You know you’re going to get one just because it’s cool. And, yeah, Aude’ze cans sounded pretty great on it. Game over. 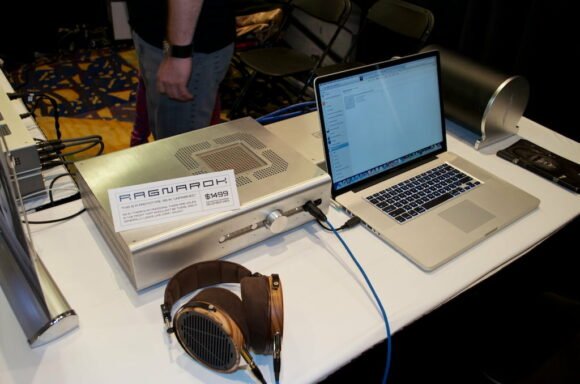 On the other end of the table, unfinished, unanodized, freckled with holes that shouldn’t be there, and locking itself up from time to time, sat the shiny, metal prototype of the Ragnarok integrated amp (US$1500). It’ll drop 100 watts into 4 ohms, it’ll drive your cans and the stepped attenuator is just about the nicest feeling volume control I’ve touched. 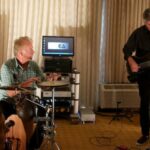 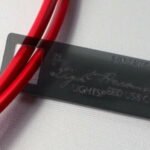