I was all set to buy a pair of Sennheiser Momentum when I touched down in Tokyo last week. I’d auditioned them on a sufficient number of separate occasions to concur with the unanimously positive praise that the Momentum are possibly the first iPhone-compatible and audiophile-grade headphone from Sennheiser to drop in below US$350.  In Tokyo at least, it seems Sennheiser are pushing this new range hard. Billboard promo for the on-ear and over-ear models was abundant at metro stations in and around Shinjuku, Shibuya and Shimbashi. 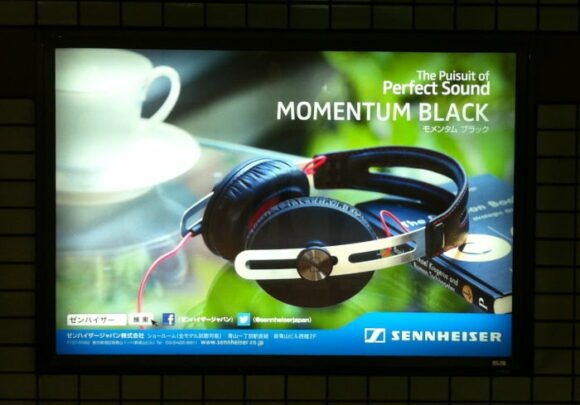 The Momentums tick almost all the right boxes for a full-sized, iPhone compatible headphone. In the portable head-fi game, appearances and size matter almost as much as sound. You’d look a bit silly wearing Aude’ze LCDs or Mr Speakers MadDogs on the subway. With the Momentum range, Sennheiser have married a fashionable look to a sleek-ish fit; this holds back any feelings of looking like Dr Who’s famous adversary: a Cyberman. Furthermore, I’d contend that the Momentum fall into the “Gentleman’s headphones” category already populated by the KEF M500 and the (now discontinued) Martin Logan Mikros.

Like I said, I was all set to buy a pair of Momentum… 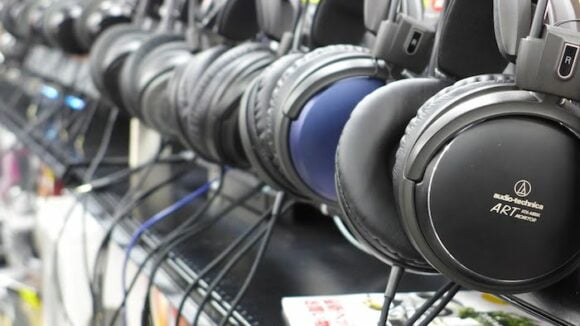 Among the four long rows of ready-to-audition headphones is where I found both Momentum models secured to shelf but available for immediate audition. I stood happily listening to the over-ear model (29520Yen = ~US$300) with iPhone and AK120 as sources for over fifteen minutes.

Along the far wall are dedicated listening booths for some of the bigger names: Beyerdynamic, Beats, Sennheiser, AKG and Audio-Technica. In each booth you can sit down and fire up your own CD of demo tunes (via the store’s disc spinner and head-amp) or connect your own portable device to one of the eight or so models from each brand’s range. 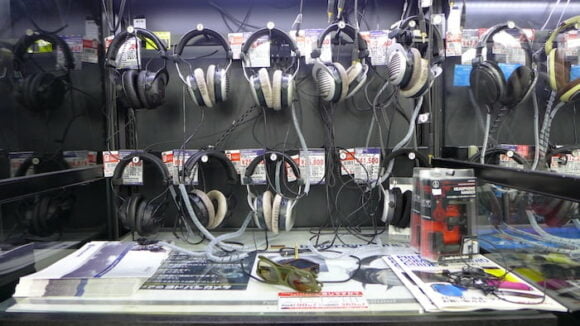 It’s a similar, albeit slightly scaled-down affair at a nearby Bic Camera store. Several rows of headphones give way to four listening booths that showcase a range of ‘phones from each of the more well known brands. You could lose hours here. I spent a solid forty-five minutes with my Astell&Kern AK120 player in the Beyerdynamic booth investigating whether or not I liked their T70P (US$560) headphone more than the Sennheiser Momentum. The P assignation indicates 32 Ohm portable playability.

A word on pricing. At current exchange rates (AU$1=91Yen), the T70P are less expensive in Japan than the USA or Australia – 37350Yen = ~US$400 – whereas the Momentum hold reasonably tight to price parity.

The T70P have many commendable qualities: ‘Tesla’ technology and sealed delivery bring a sound signature that’s closer than the Momentum to the dry and airy disposition of the AKG K-702. The T70P offer more transparency up and down the frequency range than the Momentum. Beyerdynamic’s incisive way with clarity underlines the AK120’s more refined and smoother upper-frequency handling, especially when heard back-to-back with the occasional treble hardness of a standalone iPhone 4. 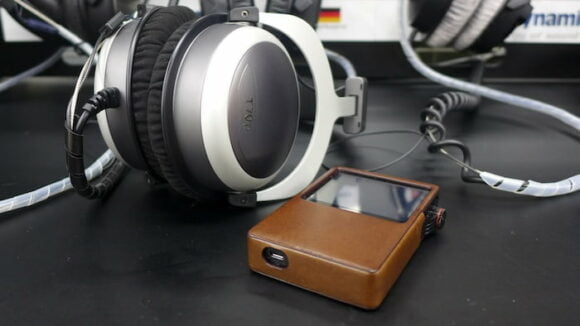 The Beyerdyamic cans don’t afford poorer recordings as much kindness as the Sennheiser. Neither are they as plump or bouncy in the bass. The T70P lend a furrowed-brow seriousness to music appreciation; not for everyone. And not for me. I was looking for a more fun sound. Also, seeing a Cyberman in the mirror (once again) had me muttering ‘sayonara’ to the Germans. Close, no cigar.

The Momentums don’t sound so surgical when extracting detail from deep in the mix. That’s what I like about them. One might call them more ‘musical’; a euphemism for coloured. Nothing wrong with that! In fact, the enjoyment of colour is what led me to a final portable headphone choice… 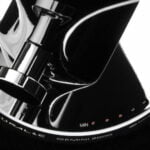 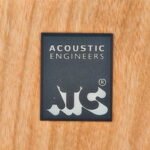