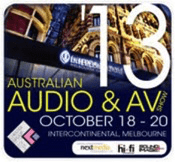 Part 2? Huh? Yes, Part 2. An epic ramble on the more luxurious side of life and the ‘audiophile show disconnect’ can be found at 6Moons.

The focus here is “hi-fi for the little guy”; the apartment bod who wants good sound without dropping large. It should also provide some insight into what’s barreling DAR’s way between now and next year. 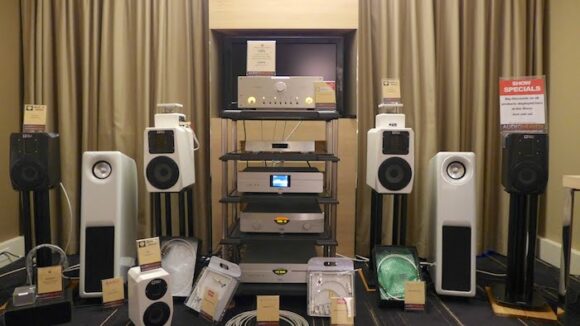 It looks like Craig Johnstone brought EVERYTHING. His Audio Heaven operation handles Devialet, Lumin, (the gorgeous looking) Allnic, dc10 and Mark & Daniel. It’s the latter’s Maximus Diamond+ (AU$3750) that are connected when I stop by – there’s an unmistakable mule kick down below, ideal for someone trying to do high quality two-channel AND home theatre in a smaller space without the need for a sub. At 83.5db sensitivity, you’ll need a grunty amplifier…

…and lo, Johnstone is also looking after the newly revitalised French electronics manufacturer YBA, now owned by Shanling. He’ll be sending me a YBA pre-amplifier to pair with the Wyred4Sound mAMPs. I’ll be comparing it to a source-direct Resonessence Labs INVICTA Mirus as well as Wyred4Sound’s own mPRE. Essentially: do we still need pre-amps? 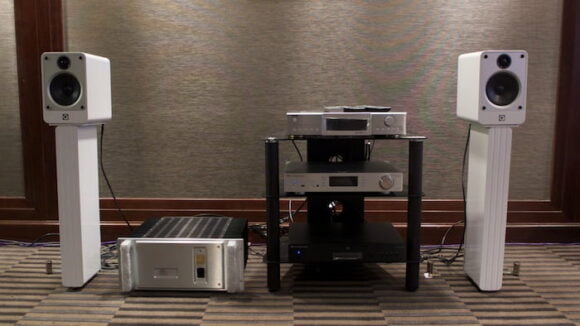 I didn’t much like the 2010 when I spent time with a pair soon after DAR’s inception. How times – and the Q Acoustics sound – have changed. Their Concept 20 standmounts ($799, cheaper online) are a souped up version of the 2020 that feature GelCore tech – a layer of gel injected between outer and inner cabinets! The Concept 20 are a stylish budget option that make with a fruity presentation. Groovy looking matching stands are available for another few hundred clams. 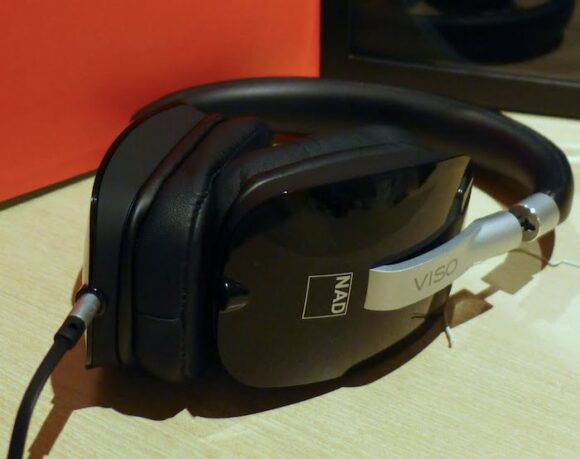 Over at the NAD/PSB room Qualifi’s Himal Jekishan was holding court. NAD’s Viso headphones were very impressive. They sound like Paul Barton hand his hand in their development. Jekishan tells me Paul Barton did indeed have his hand in their voicing. The presentation is similar to PSB’s own M4U 1/2 but the NAD cans are lighter and more comfortable. Local price is TBC but expect to see it fall close to the AU$400 mark.

Usually it’s Australians complaining about how local pricing is way higher than the rest of the world, even when shipping and taxes have been factored into the equation. Accusations of distributor price gouging fly fast and loose down under. The NAD M51 DAC-pre bucked this trend since day one, selling for 1500 bucks in Australia whilst Brits paid 1500 quid. Alas, the good times are over. Qualifi recently sanded the edges of this home advantage, bringing the local price closer into line with the USA (US$2000). An M51 in Australia will now run you AU$1899. 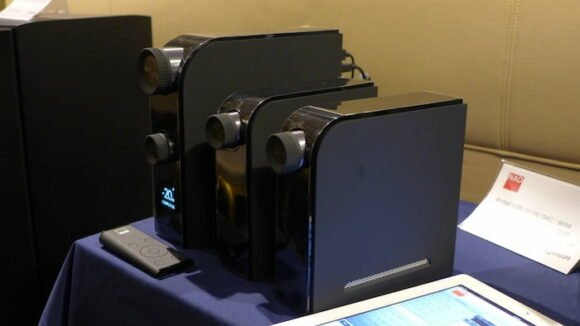 Better news lay over on the side table where the trio that comprise NAD’s smallform digital range sat short and stout. Units are just starting to land in this part of the world with local demand for the D 3020 already outstripping supply. International Marketing Manager for Lenbrook Neil Wilson is enthusiastic about NAD’s ‘D’ digital revision of the 3020 amp (AU$699, centre) – “It has an excellent headphone output”, he says. This will be put to the test when a D 3020 lands for review. 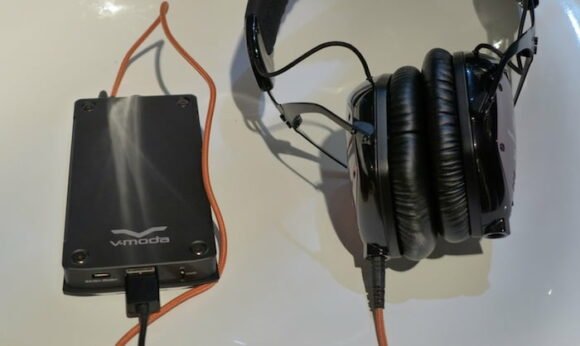 First there was the Sony PHA-1, then CEntrance’s Hifi-M8, then Cypher Labs Theorem 720, then the Sony PHA-2. Options for turning your phone into a high-end portable headphone rig are fast becoming numerous. V-Moda’s Vamp Verza (on show at the Addicted To Audio booth in the Headzones room, AU$799) is a DAC/headphone amp that’s sleeker than the competition. At half the width of the brick-like HiFi-M8, an iPhone strapped to the back of the V-Moda might actually fit into your pocket.  In Tokyo I found V-Moda’s Crossfade M-100 to be some of the best portable headphones one can buy for ~$300.  In Melbourne I discovered how to make them sound even better. 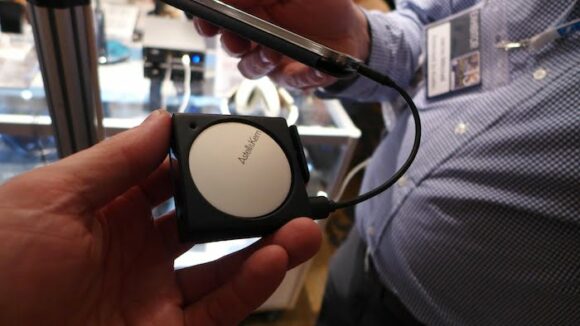 Even smaller is Astell&Kern’s AK10 (AU$345) – an AK100 without storage and playback. Instead, your existing smartphone provides the tunes. Output impedance is reportedly just above 1 Ohm. Good – more headphones will play nicely. Currently phone compatibility is restricted to some Samsung Galaxies and Notes and iPhones 5/5S/5C. Look out for my review in the coming weeks. 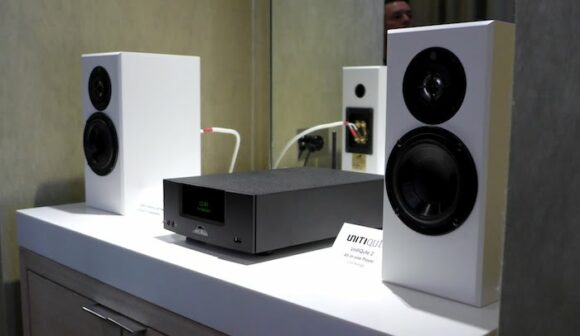 A buddy said that the Prince tunes played in the Naim room sounded kick ass but when I stopped by they were playing an ethereal choral piece. Had I stumbled into a wake? The lesson here: an audio show’s room-to-room experience is somewhat arbitrary.

Antipodean Naim distribution moved from Sydney to Auckland some eighteen months ago. Wellington’s N.A. Distributors now deal the flat earth down under. Their static display of mini-DAC-amp-thing and mini-monitors didn’t just catch my eye, it nearly took one out. Yes, I’m talking metaphorically but know that I was super-enthused by what I saw.

N.A. have also picked up distribution of Canadian loudspeaker manufacturer Totem; it’s their Dreamcatcher standmount (in white here, AU$1100ish) that joins the UnitiQute2 on the shelf. This pairing has all the hallmarks of an apartment dweller’s dream ticket = further investigation required. 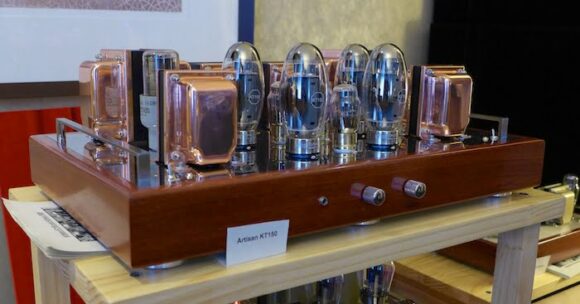 Want to see the work that went into Earle Weston and Paul Spencer’s room at this year’s show? Check out the time-lapse video of them setting up. 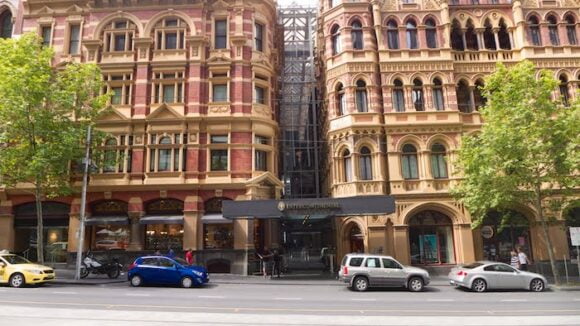 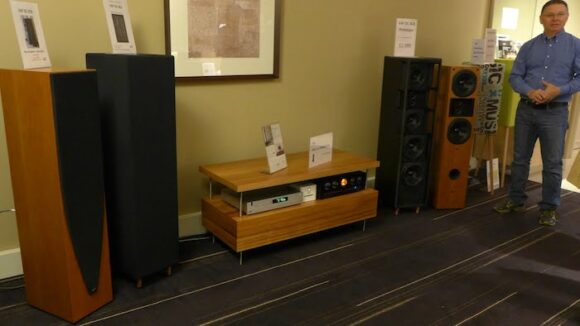 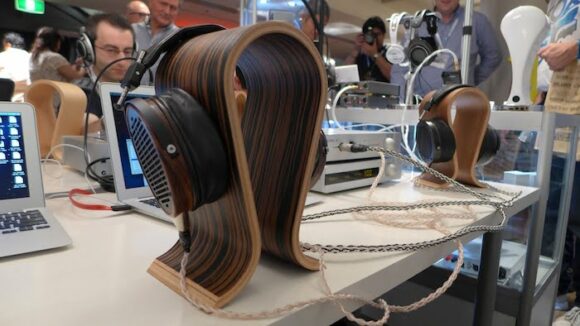 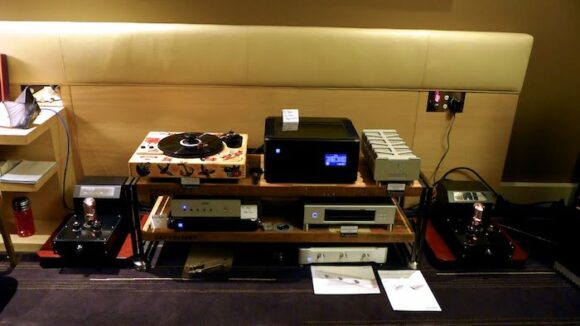 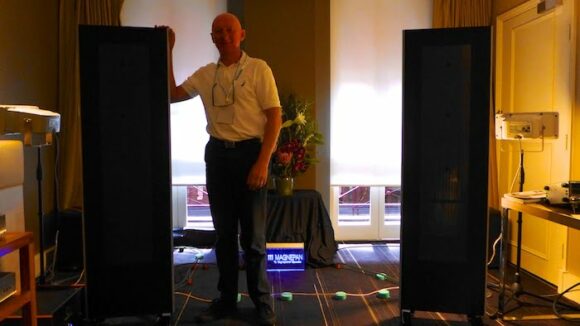 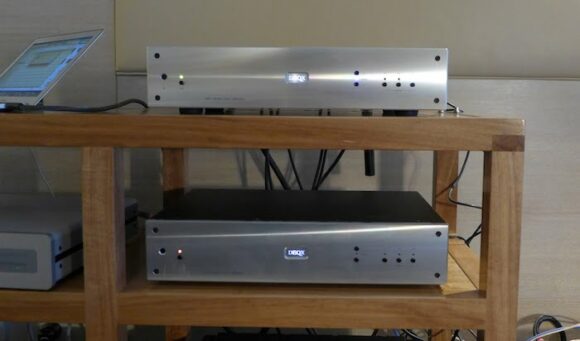 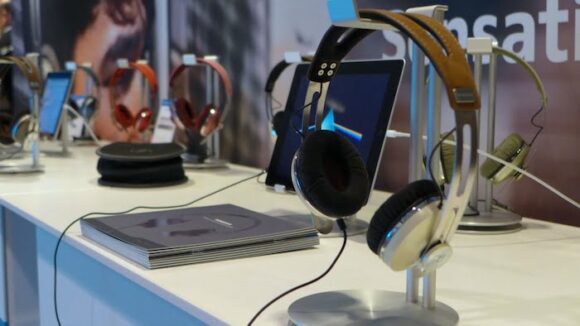 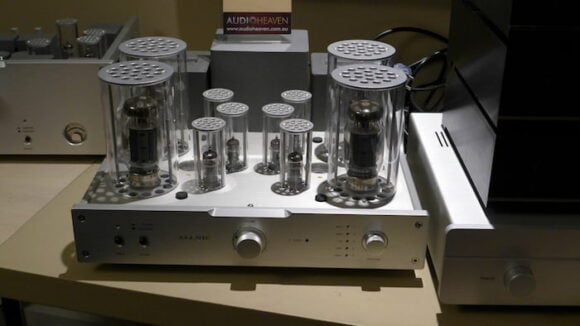 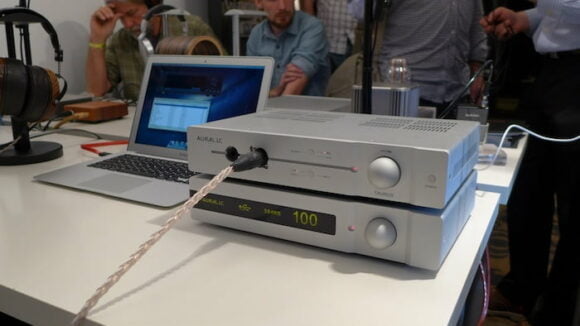 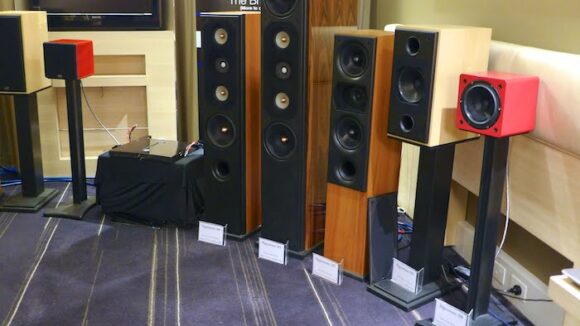 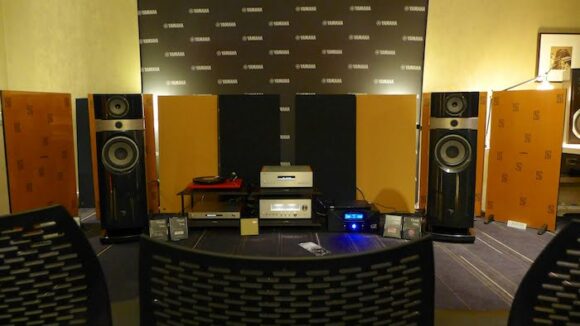 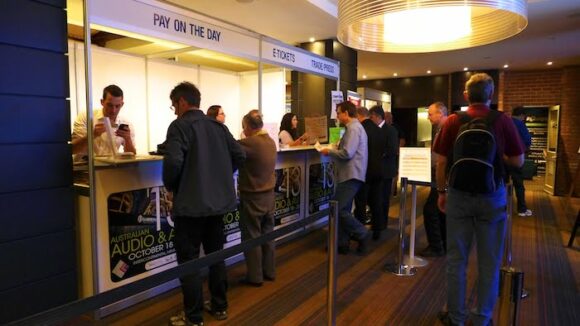 The 2013 Australian Audio & AV Show struck me as a solid success, the new Melbourne venue was superb. See y’all in Sydney in 2014.