Resonessence Labs this week officially launches its teeny-tiny HERUS DAC / headphone amplifier; its machined aluminium enclosure fits in the palm of your hand. However, the big news is that the HERUS decodes DXD/DSD and sells for CA$350, making it possibly the lowest cost PORTABLE native DSD decoder to date.

Outputting up to 2.4V from its quarter inch headphone socket the HERUS can drive headphone loads from 600 Ohms down to 32 Ohms. It’s fully compatible with Windows, OS X and Linux computers but, adding greater source flexibility to the mix, Resonessence Labs have confirmed that the HERUS works with the iPad + iOS 6 + CCK.  iOS 7 compatibility TBC. 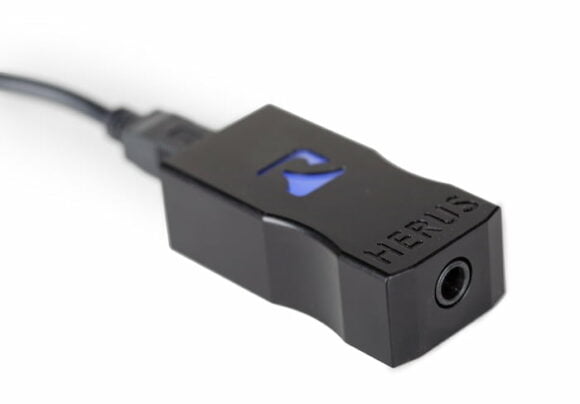 Much like RL’s CONCERO range, the host OS’s software volume control sends digital markers to the onboard Sabre DAC chip for it to carry out the attenuation. Also trickled down from the CONCERO range is the Xilinx FPGA core processor that runs Resonessence Labs’ custom jitter-reduction code and filtering. 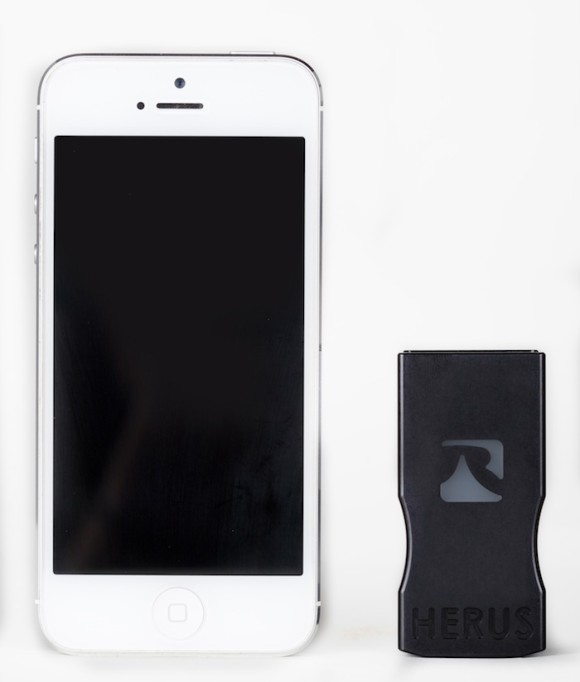 “The miniature device is USB powered and achieves better than 0.01% (80dB) THD and better the 105dB of SNR.”, says Mark Mallinson. The USB input is confirmed as being both UAC 2.0 compliant and asynchronous.

The HERUS begins shipping on the 1st October. Attendees of RMAF 2013 can check out the Herus DAC / headphone amplifier in the Resonessence Labs room.