“I don’t like the summertime cause everyone goes to the beach, I don’t understand the beach. Lets go to the beach, Oh, I love the summertime, it’s so warm finally, lets go to the beach, oooooh… I don’t get it. It’s where dirt meets water, alright? I’ve got a bathtub and an imagination; I’m staying indoors this summer. That way I can listen to music that I like. Maybe I’m just jealous, man. Everyone at the beach is perfect, you know: tanned skin, white teeth. I’ve got white skin, tanned teeth.” – Bill Hicks

In closing my review of the C-Ear X custom IEMs I noted how audiophiles strive to push better sound quality into as much of their daily to and fro as possible. I’m one such striver. I come down on BOTH sides of the headphones vs speakers “divide”. In fact, I don’t see a divide at all. My headphone listening (outside of the house) is an extrapolation of the satisfaction I get from my loudspeaker-centred rig (inside the house).

The Astell&Kern AK120 and C-Ear X pairing is super portable. It travels with me each time I leave home. It has transformed my gym music listening experience and whilst I’m not the biggest fan of lazing away a day at the beach, being able to easily take killer sound quality onto the sand makes it a far more enjoyable experience. 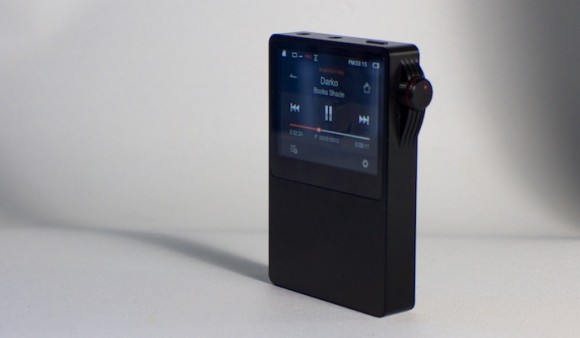 I’ve previously written about the Astell&Kern AK100 ($649) player as well as how its bigger, pricier brother, the AK120 (AU$1349), fares in USB DAC mode against a selection of rivals.

Now it’s time to consider why one might choose the AK120 over the AK100. Putting aside iRiver’s ongoing narrowing of functional differences between the two models (via firmware updates), there are some compelling reasons to pony up the additional seven large for the AK120:

Lower output impedance. 3 ohms. This is the business end of the AK120’s offensive. Bringing C-Ear X custom IEM and AK120 together brought no evidence of the closed in, airless presentation that I heard from the AK100’s 22 ohm output impedance. You don’t have to think so hard about headphone matching with the AK120.

2x the storage (in theory). A must for anyone keen on that memory-hungry hi-res and DSD material. The AK120 enters the fray with double the internal storage of its baby bro: 64Gb. Secreted behind a sliding door on the base of the unit are slots for a pair of 64Gb microSD cards, allowing you to bring up the total storage space to a very healthy 192Gb. A fully tricked out AK100’s storage peaks at 96Gb……at least, that’s how the A&K website tells it.  Srajan Ebaen from 6Moons says, “I’ve got two 64GB cards in my AK100 so total capacity with the internal 32GB is 160GB”.

2x the DACs. The AK120 runs with twin Wolflson 8740 DACs for dual-mono decoding. I wasn’t able to split the AK120 and AK100 on sound quality alone. Maybe a shade better separation, a smidgen more detail on the bigger model but I wouldn’t swear on it.

‘Better’ physicality. The volume pot on the AK120 is protected by an aluminium extrusion, advantageous for those who give their portable head-fi rig a healthy dose of rough and tumble. This isn’t present on the AK100. The AK120 also ships with an attractive ‘gentleman’s’ leather-ette carry case. However, this nicety can be added to the AK100 for $45.

DSD support. Not enticing for everyone. The number of available titles means that DSD will remain the icing on a sponge made of PCM for some time yet. Purists should note that the AK120 only plays DSD by first converting the DSD bitstream to PCM.

Whilst I dug listening to SACD rips of Depeche Mode, the first niggle soon arrived: DSD playback on the AK120 isn’t (yet) gapless. Moreover, the gaps between songs aren’t the minor clicks of, say, the MOG iOS playback engine; they’re more jarring, split-second slices of silence. I say “not yet” as Astell&Kern have an solid track record in improving their players’ functionality and performance via frequent firmware updates. 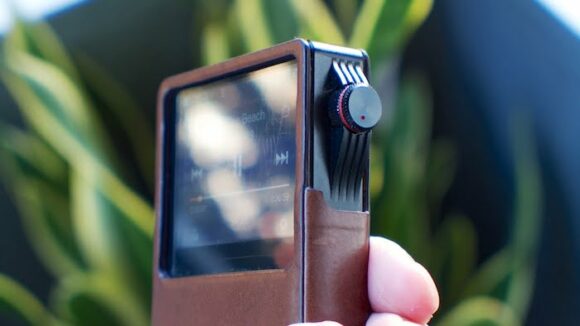 Talking of which, previously an AK120-only feature, Pro-EQ has been added to the AK100. The pre-existing Custom EQ settings panel allows you to draw in your own EQ preferences – and save them. Pro-EQ is a pre-determined, fixed setting, apparently designed by an “expert”. Engaging it with the AK120 + C-Ear X combo upped the recording ambience (aka ‘air’) and dialled back some of the deeper detail wood-carve (aka ‘etch’). I preferred this softer, gentler presentation.

Rivals. The keenest competition isn’t necessarily coming from other standalone players: iBasso DX-100, Colorfly Pocket HiFi C3/C4, Fiio X3 or HiFiMan HM901, each of which appear to be close-but-no-cigar solutions, particularly when it comes to gapless playback and/or hi-res support. No gapless, no dice. 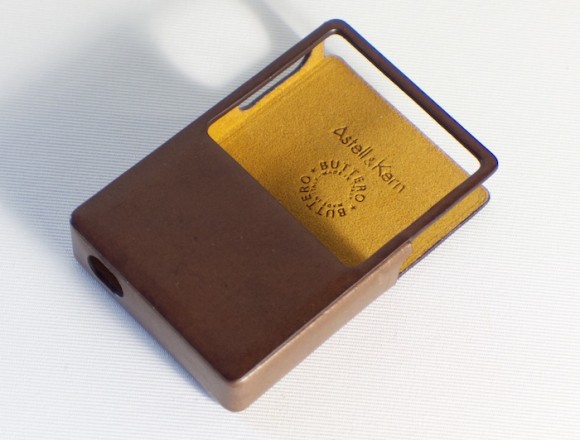 Your existing phone’s music software likely doesn’t suffer from gaps during playback. The iPhone’s standard ‘music’ app and the third party FLACplayer both play seamlessly. Could these devices be brought up to an audiophile standard?

Piggy-backing units from CEntrance (HiFi-M8) and Cypher Labs (Theorem 720) are both DAC/amp units to which you strap-and-wire your Android/iOS phone or iPod. (Or Astell&Kern player).

I’ve heard the CEntrance unit on two, all-too-brief occasions. Not enough to determine whether or not it bests a stock Astell&Kern AK120 but given Michael Goodman’s river-deep engineering smarts, it should be able to drive most headphones with ease. The HiFi-M8 offers a power advantage over iRiver’s standalone solutions but digital audio extraction from an iPhone looks hamstrung when compared to the AK120.

This presents the question: do you integrate your iPhone/iPod with an external brick or keep your audio player away from wheelchair assistance, Astell&Kern style? Michael Mercer is rightly proud of his former employer’s achievements – his emotional rave on the HiFi-M8 says it all. 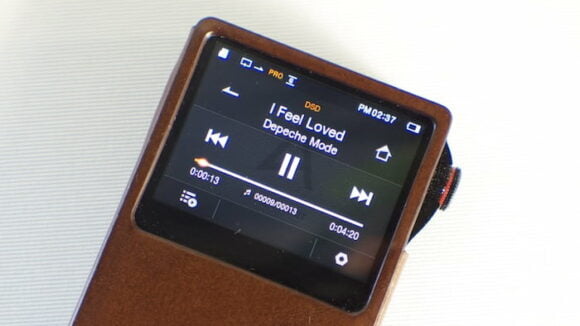 I still have questions pertaining to portability:

Aren’t HiFiMan HE-6 and Aude’ze LCD-2/3 primarily intended for indoor use?
Is wearing Aude’ze or HiFiMan whilst out high street shopping a realistic proposition?

An idealist might fire back with an indignant affirmative. Pragmatists might tumble in a different direction, acknowledging the need to counterbalance sound quality with portability. That’s me – I’m a pragmatist.

Is the one-two bundle meant to fit in your pocket?
If so, does it fit easily?
What size of pocket is required?
If not in the pocket, where does the iDevice+ampliDAC go when you’re a (wo)man about town?
Do you have to hold it in your hand? 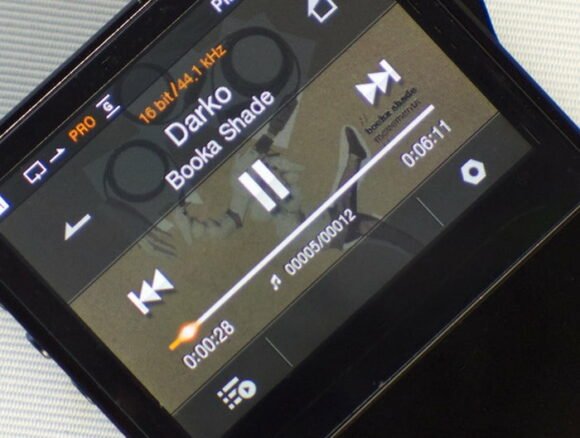 I dig the simplicity of a music player in the front pocket and a phone in the backpack. Phone calls? The AK120 and iPhone can be conjoined via Bluetooth with the AK120 pausing music playback when a call comes in.

What would happen in this scenario with the HiFi-M8 or Theorem 720, to which your phone is strapped?
Do you fiddle with unstrapping it, take the call, and then re-strap it?
Or do you hold the whole kit and kaboodle to your ear?
Won’t that make you look a bit silly?
Will you need a brainscan afterwards? (I jest). 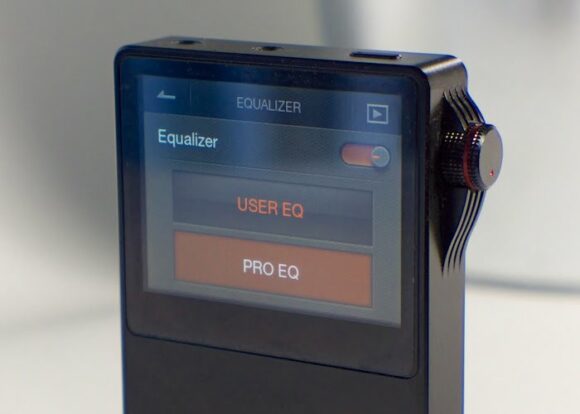 My headphile time currently breaks down into three setups: 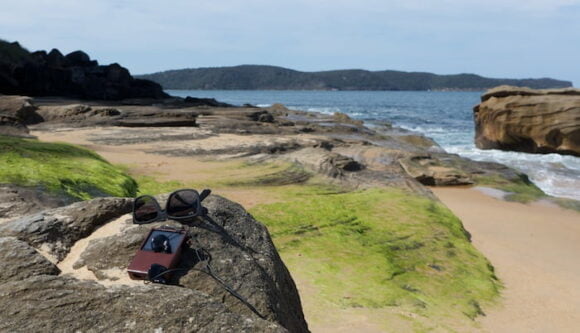 The Astell&Kern AK120 can go where others can’t. Sonically speaking it wipes the floor with the recently discontinued iPod, runs with nearly 200Gb of solid state memory, doubles as an excellent USB DAC and plays all PCM bit/sample-rates (gaplessly) as well as DSD. It’s currently the definitive choice for anyone looking to take audiophile sound quality EVERYWHERE they go.

One final thought: You can take your existing AK120 to the next level with modifications from Vinnie Rossi at Red Wine Audio. The RWAK120 has an output impedance of less than 1 ohm. The RWAK120-S/B swaps out the WM8740 DACs for the ‘premium’ WM8741 model but removes volume attenuation altogether; this is strictly for those looking to feed an existing headphone amplifier. 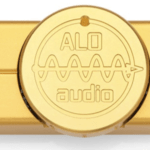 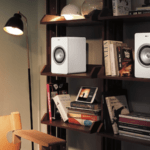