It’s not easy trying to hit a moving target. Things are advancing so swiftly with iRiver’s software development team that new features are being firmware-d onto their Astell&Kern players, slowly closing the spec-sheet gap between the AK100 and its bigger brother, the AK120.  Such is the frequency of iRiver’s feature updates that reviewers are struggling to keep pace with the ch-ch-ch-changes.

May 2013 saw the arrival of gapless playback. John Atkinson clearly penned his Stereophile review before this essential feature was added to the AK100.

My first exposure to the AK120 came whilst attending T.H.E Newport Beach Show in June. Back then the AK120 had a sharp edge over the AK100: the AK120 could be deployed as a USB DAC (and the AK100 couldn’t). How times change. Steve Stone appended his August 8th review of the AK120 with a comment clarifying that its younger brother could too run tours of duty as a USB DAC (thanks to a recent firmware update from iRiver). 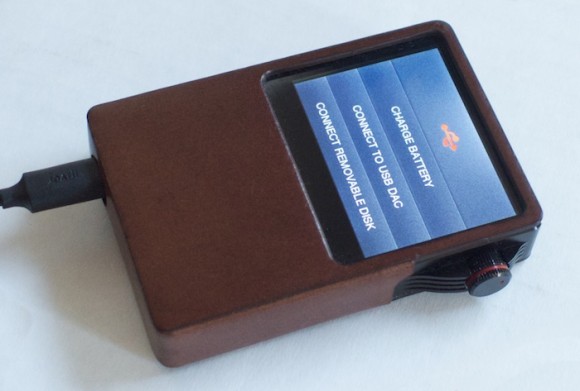 It’s a cinch to setup: connect the AK120 to a computer with the same cable used to charge or transfer files, select “Connect to USB DAC” – confusing terminology that suggests the AK120’s role here is transport (it isn’t) – and the host PC will see the AK120 as “iRiver USB soundcard”. The AK120 will then function like any other portable headphone amplifier/DAC, decoding and amplifying media stored on your Mac or PC.

This USB DAC functionality posed an obvious question: how does the Astell&Kern AK120 stack up against other USB DAC/head-amps. With a selection on hand at DAR HQ the scene was easily set: 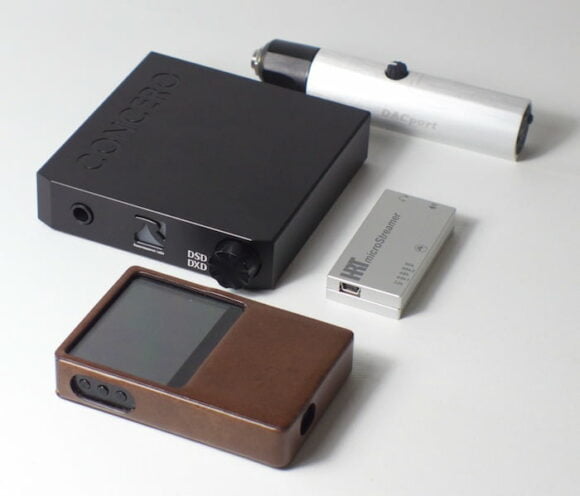 The contenders in ascending RRP: HRT microStreamer (US$199), CEntrance DACport (US$299), Resonessence Labs Concero HP (CA$850) and (obviously) the Astell&Kern AK120 (AU$1299). Manufacturer-supplied USB cables were used for all but the Concero HP (the only one with a full size Type B input socket) with which a WireWorld Starlight cable was used.

I’m not really a fan of quick-fire shoot-outs so these listening tests were carried out over a two-week period.

Heads up 1: Despite the presence of a hardware volume rotary, Jimmy Moon of iRiver’s California team confirmed that volume attenuation on the Astell&Kern players is exacted in the digital domain.

Heads up 2: whilst the AK120 can cut and shuffle PCM streams up to and including 192kHz, Audirvana+ finds the AK120 incapacitated when faced with 176.4kHz sample rates.

Heads up 3: yes, the AK120 can play DSD files stored on the device itself but it won’t decode DSD streamed direct from the host PC; Audirvana+ gave me nothing but white noise until its “Convert to PCM” DSD option was selected.

Down to comparisons and look out – audiophile music! With a 24bit/96kHz version of Steely Dan’s Two Against Nature running from MacBook Air to AK120 the sound was smooth and soothed; a 6pm Los Angeles sunset. Some might call it mature or refined so it’s probably best matched with already super-alert downstream components. KEF’s M500 headphones pulled a wider, more internally spacious soundstage from the jaws of the AK120 than either the HRT or the CEntrance. Think cappuccino…where the chocolate dust flavour hit lingers on the palette. 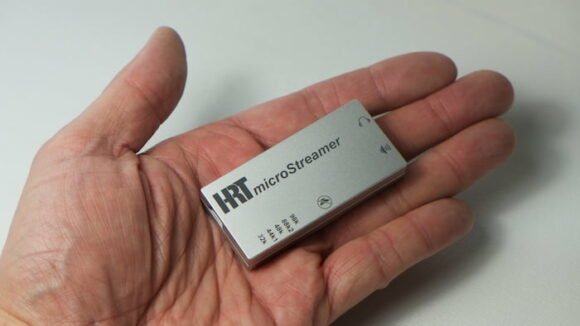 Next up, the HRT microStreamer. Look how small this thing is! Here, HRT offer a fighting-fit headphone output impedance of 0.5 ohms. The designers have played clever-clever with volume attenuation, calling upon the host OS to send digital markers to the microStreamer’s internal resistor ladder analogue volume circuit. There are no hardware controls here.

PCM decoding on the HRT device is limited to the driverless USB Audio Class 1.0 maximum of 96kHz. It’s kinda hard to fathom how such a small unit could drive the notoriously fussy AKG K-702 to satisfaction but the microStreamer makes light work of the budget standards. The vibe isn’t as tonally rich/phat as a Burson HA-160 but, remember (!), on test here is how much can joy be extracted from portable devices.

Switching in the microStreamer immediately after the AK120 brought a more jazzed-and-pepped sound. The midrange steps forward, player outlines are more crisply defined. The HRT plays cooler with cleaner separation; the trade-off being hints of truncated decay on the margins and some bass shyness. The latter wasn’t as pronounced through the KEF M500. The microStreamer might be best suited to more nonchalant cans (or main rigs) as it’s easily the jauntiest sounding of the bunch. Think espresso. 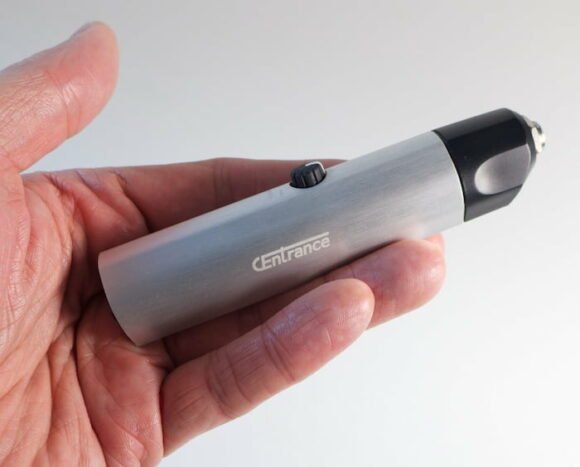 CEntrance DACPort. Reviewed here. Class A operation, analogue volume attenuation via hardware ‘rubber-nipple’ rotary. Just like the HRT, PCM decoding hits the UAC 1.0 ceiling of 96kHz. Output impedance comes in higher at 10 ohms. The overall presentation is marginally softer/weightier than the competition. I noted some blurring of connective tissue – a good thing with poorer recordings with which the HRT is less neighbourly. The DACport is closer in overall spirit to the AK120 than the HRT, losing out to the latter in terms of separation, soundstage width and effervescence. It reclaims some ground when demonstrating beefier tonal mass than the microStreamer when paired with the KEF M500. The DACport is what some might refer to as ‘musical’. Think latte.

The Resonessence Labs Concero HP has an output impedance of 2.2 ohms. It deals PCM playback all the way up to 384kHz (with no gaps) and is the only device here to also handle this year’s dog-wagger: DSD (both 64 and 128). Like each of the other Concero models, the HP doubles-up as an excellent USB-S/PDIF converter.

The front-panel volume pot doesn’t work as one might expect. Instead of controlling the Concero’s internal circuitry it directly attenuates OS X’s (or Audirvana+’s) master volume. This might seem like an icky symbiosis until you actually hear what the Concero HP can do: picture the pep and fizz of the HRT combined with the refinement and tonal richness of the AK120. There’s cleaner bass edge definition and broader transparency than each of the competitors. The Concero HP is bold, spacious, stimulating, salient. Think macchiato. Want chocolate sprinkles? Shake ’em in with the HP’s two additional on-chip filters – push the volume button to cycle through all three.

Wrap? I’d peg the HRT as the choice for pragmatists seeking a capable USB DAC for a budget and/or desktop system. Why? Better bang-for-buck innit. Idealists should plonk their cash down on the Concero HP.  The AK120 sits somewhere between the two with a sound that can be best summed up as plush, suave and cultured. 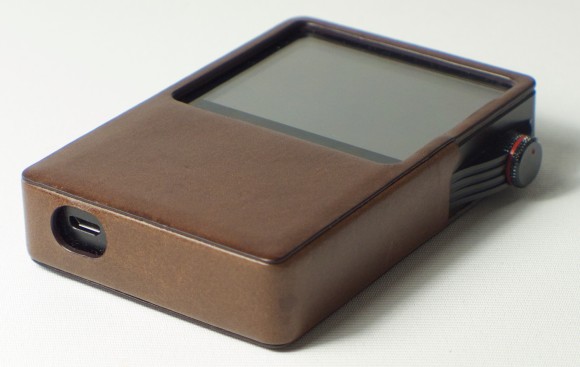 The Astell&Kern AK120 also has idealism written all over it – idealism that’s reflected in its price tag! In USB DAC mode it channels the laid-back and nuanced repose one hears when playing files direct from its internal storage; highly conducive to long-term satisfaction. This will no doubt please anyone looking to maximise its usefulness as the ultimate portable solution for travellers: USB DAC (w/ full size cans) in the hotel suite, portable media player (w/ IEMs) out in the street. Wunderbar. 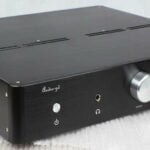 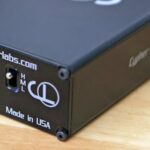