A digital pre-amplifier with analogue input and headphone amplifier? Where have we seen this recently? Oh yes, the Mytek Stereo192-DSD DAC.

Emotiva Pro’s new Stealth DC-1 DAC looks like it will pack a similar functional punch for half the moulah.

The operational similarities between it and the Mytek unit are arresting  (a good thing):

The display on the Emotiva certainly looks nicer. OLED mean it will be easier to read than the Mytek’s more rudimentary pocket calculator vibe.

The bad news for some: the Stealth DC-1 won’t do DSD. However, its five digital inputs (BNC, coaxial, toslink, USB, AES/EBU) have PCM streams comprehensively covered up to 192kHz, No worries here with (the often slippery) support for 88.2kHz and 176.kHz. I assume Windows users will need a driver for anything above 96kHz.

The decoding section is handled by two AD1955 chips, each running in mono mode, one for each channel. LM4562 op-amps run the output stage. Each channel’s volume is digitally controlled by a Muses 72320 that does its stuff in the analogue domain via an internal resistor ladder.

As is typical of Emotiva, pricing is super sharp. At US$699 the Stealth DC-1 looks like one tidy package. 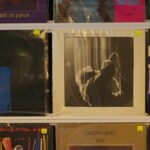 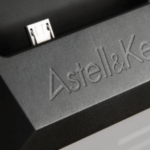