The brief. The M4U 1 (passive, US$299) and M4U 2 (active, US$399) form PSB’s mighty fine first foray into the headphone space.  Each model is available in black (diamond), (Arctic) white or (Monza) red colour schemes. Being a polycarbonate, closed headphone both the M4U 1 and 2 have a decidedly Monster Beats aesthetic.  I put the M4U 2noise cancelling model through their paces during a recent trip to the USA with only a Macbook Air and iPhone as sources. 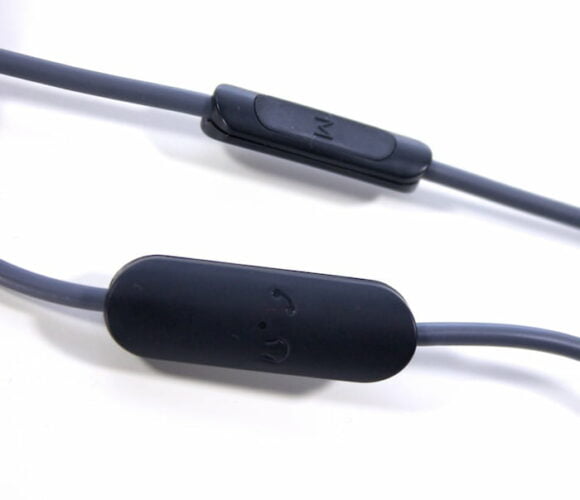 Inside the box.  Unzip the shell-like carry case to find the folded headphones plus two 1.5 m connector cables: one with in-line hold-to-mute for dealing with quick interruptions, the other with in-line microphone and playback control for iOS devices. Your lead of choice can be plugged into either 3.5mm socket at the base of each ear cup – a neat feature for those left handed folks who need their headphone cable to stay on the right side of their body. The earpads are replaceable and the M4U 2 ship with an additional set. Impedance comes in at 32 ohms.

Reach up behind the right cup to engage one of three listening modes via the vertical sliding switch: Passive (‘OFF’, no LED), Active (‘ON’ = amplified, red LED) and Active Noise Cancelling (amplified + ‘ANC’, green LED). A pair of AAA batteries, installed behind the left cup’s cover plate, powers all but the passive mode. You should get around 50 hours playback before seeing the ‘low battery’ warning of the amber LED.

Build quality is super-sturdy – a well-cushioned metal headband with metal hinges for foldaway storage. The M4U 2’s are reasonably heavy and clamp tightly to the head – your head feels sealed in. At one third of a kilo they’re not as heavy as Audeze LCD-3’s half kilo. Those seeking light ‘phones should look elsewhere. Being a tall chap, I found it hard to shake the feeling that I look like a Cyberman when wearing them around town. 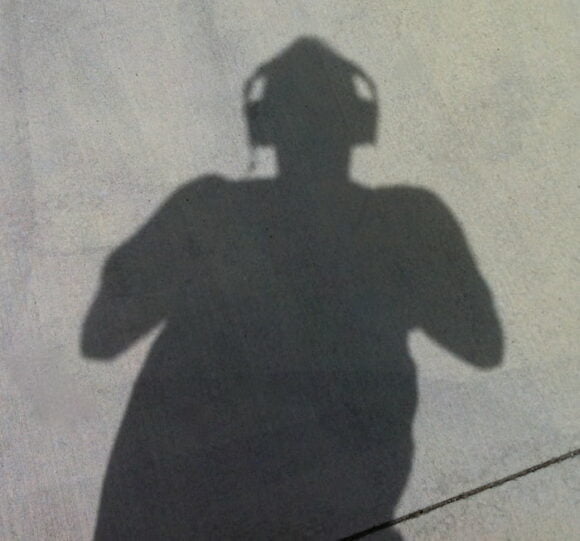 At the airport, en route to Los Angeles. Even before I fire up MOG playback, ‘ANC’ dials ambient noise waaaaay back. The background whir of air con in the terminal building is near obliterated. The result? A quieter noise floor – an aural floatation tank – from which music can emerge with superior dynamics and tonal colour.

Time to hit play. FSOL’s urban decaying Dead Cities is reproduced with excellent spatiality and speckless layering. Tonal mass = unimpeachable for the price. These cans are neither lean nor light with sound. The textural information reproduced on the plucked bass sample at the core of “Her Face Forms In Summertime” is stellar. Ditto bass definition and fortitude. Squiggle to the left, chimes to the right – that’s “My Kingdom” coming to life. ‘ANC’ mode allows these quick darts of detail to twitch on the margins and not get amongst the busy chatter of airport business. It’s near impossible to go back to the [comparatively lifeless] passive mode once you’ve experienced this. 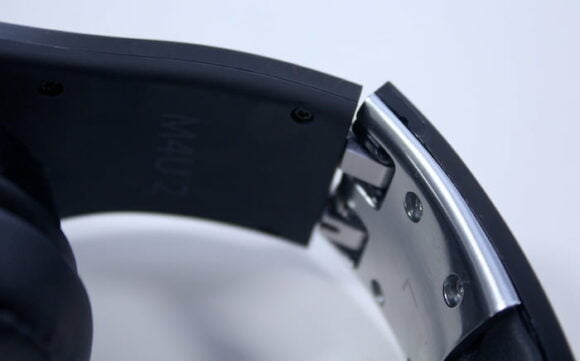 On the plane. The M4U 2 in ANC mode strip away the low frequency rumble of engine noise and the subtle drone of air pressurization so that all that remains is a high(er) frequency hiss. The feint stab of passenger voices still punctured the aural bubble. Watching Steven Soderbergh’s Side Effects…this is where the PSB headphones really excel. With fewer sounds being lost to outside interference they take the viewer deeper into the movie experience.

On the street, downtown Salt Lake City. Here ‘ANC’ moves the midrange-dominant ‘woosh’ of passing cars into a higher frequency ‘hiss’. I finally got time to listen to Electronic’s debut, recently remastered for 2013. On city walkabout, ‘ON’ mode is immediately more present than passive. Soundstaging is extra wide. Another click and ‘ANC’ locks Bernard Sumner’s vocal closer to the centre of my mental field – as a listener, I was less aware of two separate channels creating a stereo image. 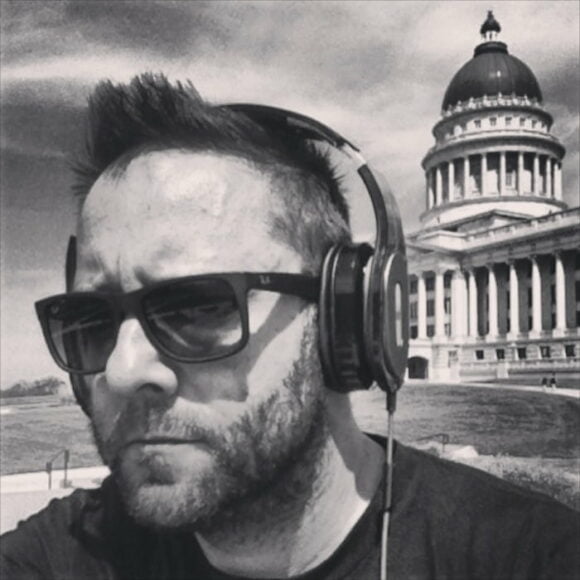 Having begun reading Jonathan Lethem’s excellent entry in the 33 1/3 series on Talking Head’s third album, Fear Of Music, I thought it appropriate to take head time with the same. ANC ensures more space is cleaved between Tina Weymouth’s bouncy bass line and David Byrne’s strung out vocal – whose words are therefore better discerned. Bass is tighter/leaner than the more standard (but still amplified) ‘ON’ mode. This means that things get drier with (this) poorer source material. For such circumstances I prefer the wetter and weightier ‘ON’.

Dryness is less of an issue with better recorded/mastered music. Squarepusher’s Port Rhombus EP. The only way to listen to this drill n bass is with ANC locked in and left there. The more standard ‘ON’ just isn’t as airy or transparent with the Jenkinson’s furious midrange clatter. Once again: forget about passive mode – it’s pretty much unlistenable after you’ve spent time with noise cancelling enabled.

On the bus. Even in vanilla passive mode the M4U 2 are preferable to my existing commuter cans, Sennheiser’s HD 239 (AU$150). At over double the asking price they should be. The HD 239 are lighter, airier and less involving. Bass is far weightier via the PSBs. A pair AKG 520 (AU$150) split the difference – greater physical sonic presence than the Sennheiser but ultimately less detail and refinement than the PSBs. 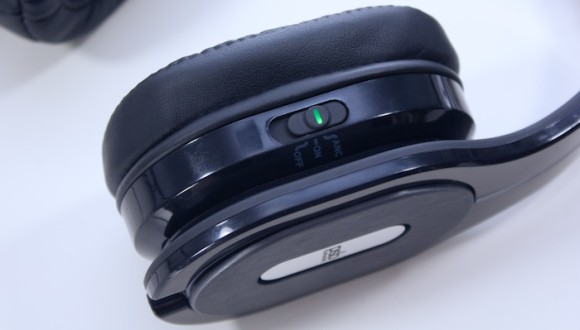 At home. When powered by a Burson HA-106 I’d still pick the AKG K-702 over the PSB M4U 2. The presentation is airier, more organic, easier going. The AKG also remain comfortable on the head for longer. However, the 702 won’t play ball with an iPhone so their services can’t be called upon for journeys to work; at least not until CEntrance drop their HiFi M8 portable headphone amp/DAC. But even then, some listeners might not dig an extra box strapped to their iDevice. This is where the PSB M4U 2 can-can into a field of their own: aesthetics that draw the attention of the Beats (by Dre) crowd with a sound that far surpasses the same. Effective noise cancellation seals the deal on these being my choice for future long haul travel.