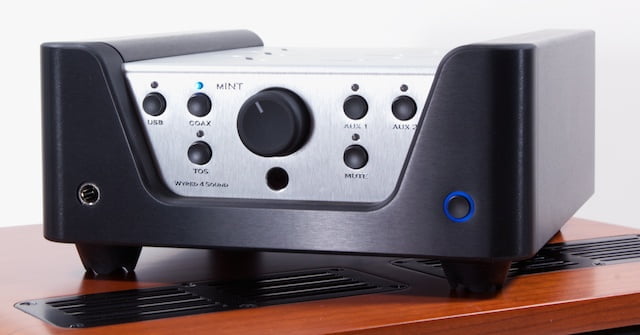 As an appetizer to this stand off, I suggest you first devour two slices of dedicated Wyred4Sound mINT review commentary from 6Moons (where it summarily dismisses the Bel Canto C5i) and TONEAudio (where TWO writers dig and find gold). Also check out Sam Tellig’s words on the Peachtree Nova125 at Stereophile.  My coverage isn’t a straight up review of Wyred4Sound’s minT.  Instead, it’s me putting my money where my mouth is (following last week’s post on value perception in hi-fi and the need for more direct comparisons in reviews).

D is not for digital. Current idealism says Class D (“switching”) amplifiers cannot compete with the best linear implementations; that the switching frequencies aren’t yet fast enough. The likes of Peachtree Audio and Wyred4Sound won’t sell over that wall of dogma. They must go around, pitching their wares to the more pragmatic consumer – he (or she) who doesn’t cling to class war snobbery.

I’d wager that the majority of potential Nova125 and mINT customers are audiophiles bubbling up from below the thousand-dollar integrated threshold. Teams Peachtree and W4S make boxes for those who don’t mind thinking differently, free from the butt-cheek-clench of anti-Class D bigotry. 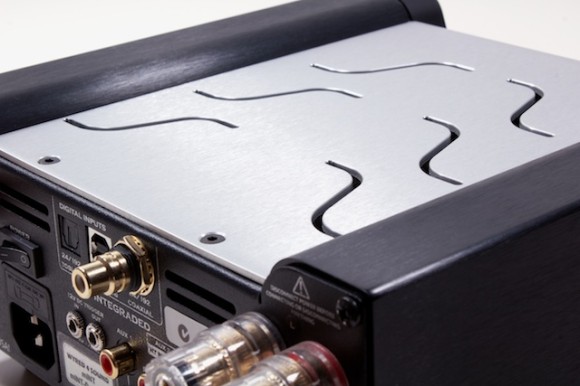 To wit, the mINT or the Nova125 probably aren’t main system amplifiers for those schooled on Acoustic Research, Pass Labs or Burmester. Those folk might see the mINT as a nice little plaything for the office or bedroom. But for those putting together their first main system on a budget, these are both serious contenders. These Class D amplifiers each represent a first solid foothold on the audiophile ladder. Don’t let the snobbery bring you down.

Different class. For similarly stickered Class A/B solutions check out Rega’s excellent Brio-R or – for lean a little further to the left – Hugh Dean’s NAKSA 80. Pair either with a $400ish DAC and a $100 interconnect and you’ll be as good as gold. Think Schiit Bifrost or Rega DAC for the NAKSA or something with a bit more bite for the warmer Rega shoebox: something perhaps from HRT or Wyred4Sound’s own uDAC – the equivalent of which is internalised within the mINT.

Neither of these Class A/B amp-DAC pairings will bring you as much grunt as the Nova125 or the mINT. If you’ve Magnepan’s (as I do) the Rega and the NAKSA won’t quite cut it. They’ll get close…but no cigar. This is where Class D amplifiers gain added traction – you get the power you need without tipping the $2k threshold.

Crossover. W4S’s chief designer E J Sarmento outsources his talents behind the scenes. He has been an instrumental in guiding David Solomon and Jonathan Derda from the Class A/B of the iDecco and iNova to the Class D-ing Decco65 and Nova125 iterations. Sarmento also worked on Peachtree’s current statement unit: the Grand Integrated X1. I tried to push W4S right hand man Clint Hartman into spilling on the exact nature and extent of Sarmento’s Peach-reach but he remained steadfastly tight-lipped. 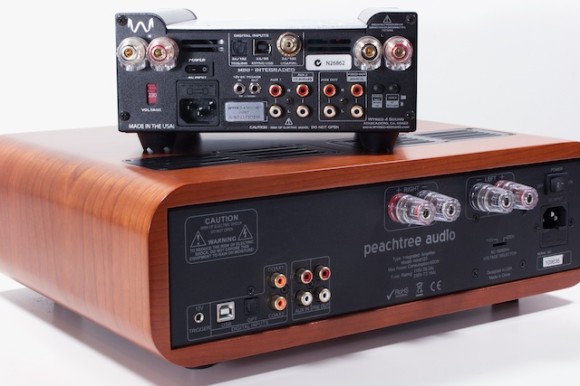 On the outside. The mINT and Nova125 are one-box digital audio solutions that both sell for a flat US$1500. Plug in a digital source (computer or streaming device) at one end and loudspeakers at the other and let the music flow. The Peachtree is the better looking of the two (by quite some distance). You’d be halfway to crazy not to have it out on display to impress visiting friends. On the other hand, the mINT runs with a more utilitarian aesthetic – better suited to those looking for an amplifier that can be heard and not seen. Its half-width case is easily tucked away out of sight. I slotted mine into a free shelf on the Ikea Expedit unit that houses my records. The mINT’s size and case materials also make it conducive to portability – one could throw it in a shoulder bag and take it to a mate’s house. The Peachtree can’t play this way – put it on display and leave it there. 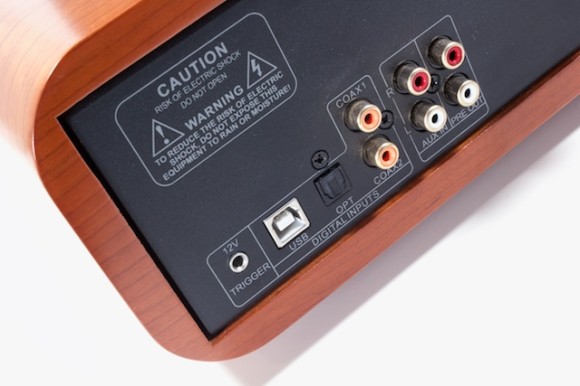 Both units offer pre-out functionality, headphone staging and auxiliary inputs (so that your vinyl can be keep turning.) The Wyred4Sound unit has a second AUX input that can be toggle-switched into performing HT bypass duties. Alas, Peachtree ditched this feature when they moved from iNova to Nova125. They’ve also dispensed with the fixed output too. The Nova125 cannot be used as a standalone DAC. The mINT can. Also, dearest Peachtree people: please bring back the gently pulsing blue light that indicated a lack of signal lock. I miss its visual elegance. 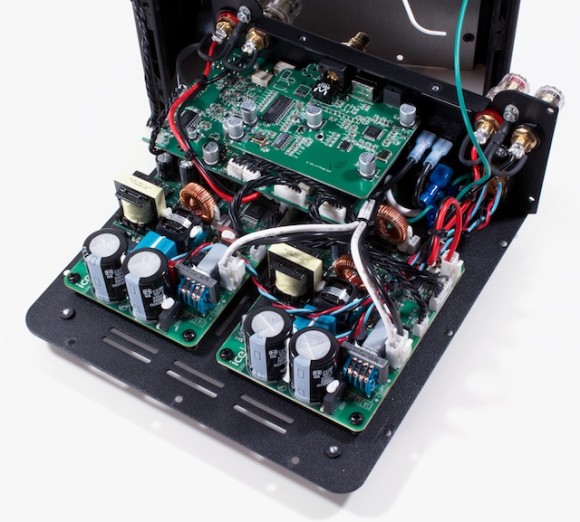 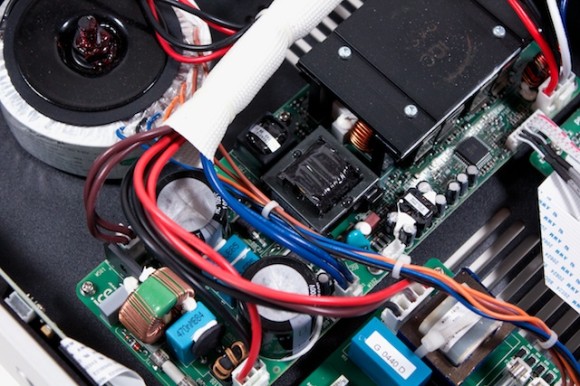 These paper differences showed up in real world listening. When each took its turn on the floor with Magnepan MMGs, most comfortable listening levels were found with volume pot positioned before midnight with the Peachtree and after it with the W4S. On super-quiet recordings/masters I could max out the volume on the mINT/MMG combo. It has JUST enough juice for such recordings in all but super-large rooms but boy does it sound fantastic (more on which later). The Nova125 is probably the only one of the two that could meet the tougher power demands of the larger Maggies (e.g. 1.7, 3.7).

On bitrates and sample rates. Peachtree own this one: twin coaxial inputs and a single toslink both meet modern hi-res demands – up to 24/192 are covered. Ditto their XMOS-based USB implementation. It too accepts everything up to and including 24/192. The mINT only manages 44.1kHz, 48kHz and 96kHz sample rates via USB. Note the absence of 88.2kHz compatibility. This rules out up-sampling of Redbook material from within my software player of choice, Audirvana+. The mINT’s single toslink and coaxial inputs don’t have these sample rate quirks. Everything runs fine and dandy up to 24/192. Both units run with ESS Sabre 9023 DAC silicon. I mention this an indication of technical similarity more so than plated-up sonic flavour. 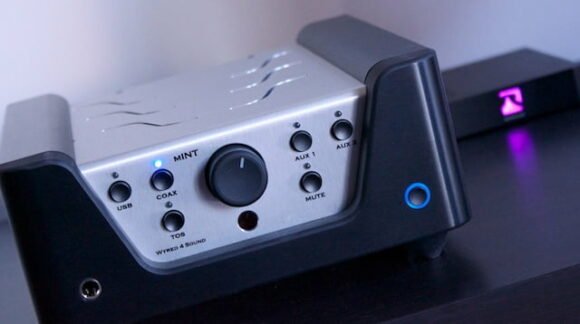 On USB. Unless a manufacturer makes a big fuss over the quality of it USB implementation (Metrum Acoustics, AURALiC and – lately – Schiit), I tend to find USB comes up short when compared to outsourcing USB via S/PDIF conversion. Asynchronous data transfer isn’t a magic bullet here. It came as no surprise in the context of their high feature/$ quotients that neither the Peachtree nor the Wyred4Sound bucked this trend. Deploying the Resonessence Labs’ Concero with both amplifiers improved tonal saturation and micro-dynamics over and above direct USB connectivity.

On sound. This is where these amplifiers take slightly divergent paths. I’ve spent a considerable amount of time with the Peachtree +MMG combo. You can read about my findings here. The short-cut conclusion is the Nova125 is bold with macro swings but a shade too polite with micro-dynamics. Midrange textures are reproduced cleanly but softly and I didn’t really find it wanting…and then I switched in the Wyred4Sound.

The first thing that grabbed my attention was TIGHTER B A S S. The second thing: a lean towards a lower centre of gravity. Just like the outgoing Peachtree, one couldn’t level old-school Class D criticisms of needle-in-the-eye detail spikes and emotional permafrost. The Nova125 is smooth with (dare I say it) shades of warmth. However, the MMGs are somewhat laid back and don’t always benefit from the Nova125’s similar disposition with microscopic inflections. It’s an altogether better match with Usher’s S-520 or PSB’s Alpha B1. See here for my thoughts on the latter desktop combo. 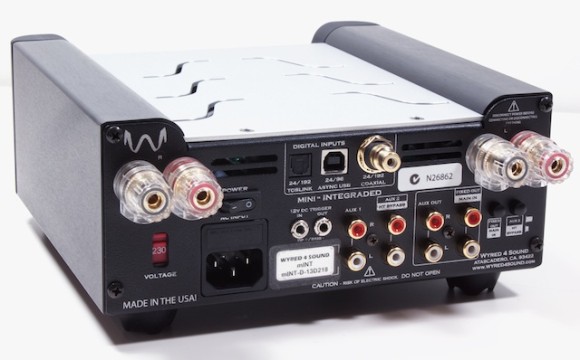 MOGers and Spotify-folk take note: the Peachtree unit is especially tender with poor source material. And that’s even before you click in the tube buffer for a hit of Shiraz fuzziness – softness and tenderness with each transient slice. Smaller, brighter transducers would partner well with the Nova125’s grandiosity and civility.

Compared to its wooden-wrapped rival, the W4S mini is tonally phat and emFATic. The mINT offers more textural grip and is more rhythmically deliberate, keener and more eager to gain your attention with micro-dynamic twists and turns. It sounds faster than the Peachtree. It’s airier too. The usual caveat of such deltas operating above the 95th percentile applies.

See Cassegrain’s thumping Tiamat. Compared to the Peachtree take on this cerebral techno, Sarmento’s session has more bounce. It’s more fun/playful. Likewise, witness the abundant crunch on the electric guitar that introduces us to David Bowie’s “Cracked Actor”. It’s moments like these that take music reproduction beyond price-level expectations. See also the rasp in Tom Waits voice or the bone-crack dry drum of Pixies “Where Is My Mind?” – each stem from the crispier-fried outlines of the mINT. 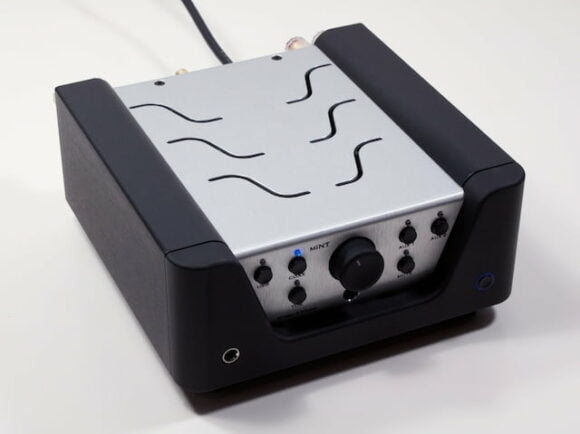 ‘onesty, guv. The Wyred4Sound mINT is more micro-dynamically vibrant and therefore – for this MMG-equipped listener – more aurally engaging. There’s excitement that doesn’t ride roughshod over the need for delicacy at the margins. EJ Sarmento clearly understands the importance of sonic subtlety and after-taste.

The mINT comes up slightly short on tonal colour depth when compared to the REDGUM RGi60. It isn’t quite as mellifluous either. However, its sharper focus and spatial definition are superb; as if Wyred4Sound have taken Peachtree’s fruit blend into a second fermentation phase for some additional sparkle. For the pragmatist, both are highly drinkable but my nod goes to the Boccalino from Atascadero. 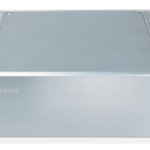 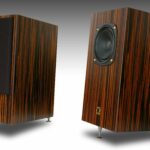