It’s amazing to think that I’ve owned an iPod in some form or other for over ten years now. I was one of the first to jump for the Windows version when it launched in late 2002. (Remember when iPods came in Mac and Windows versions?). I also recall bundling a Belkin firewire card into the bargain. My PC’s motherboard didn’t have a firewire socket and this was a time long before Apple decided USB was the way to go. That first iPod ran me nearly $1000 and held 20Gbs worth of music. Ideal for a British fellow then emigrating to Australia. My ten thousand strong CD collection would arrive much later, after four months at sea on a container ship. The iPod kept me in tunes during the intervening months. 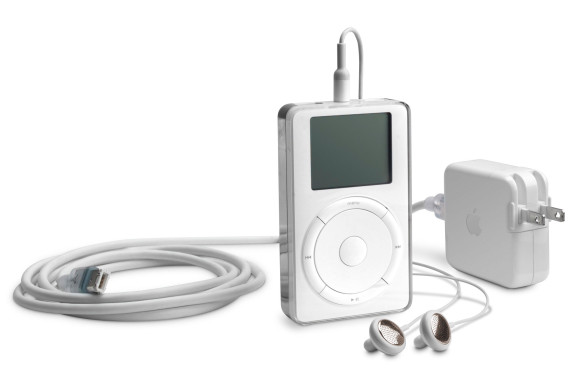 The early noughties were a heady time for MP3 downloads: Napster faded from view only to be replaced by Audiogalaxy. Then came Chris Myden and his “these are not your Father’s MP3s” mandate. All of this fed into the burgeoning iPod hardware market. Back then MP3s ruled the world.

But, but…BUT! (There’s always a but, right?) The iPod of yesteryear wasn’t perfect. It wouldn’t play MP3s gaplessly. In making the jump from one track to the next it would splice in the tiniest of glitches. “Speak To Me” would click into “Breathe” and then clunk into “On The Run”….and, well you get the idea. I know it’s a cliché to name-check Dark Side Of The Moon when discussing gapless playback but it’s a listening experience to which many audiophiles can relate. 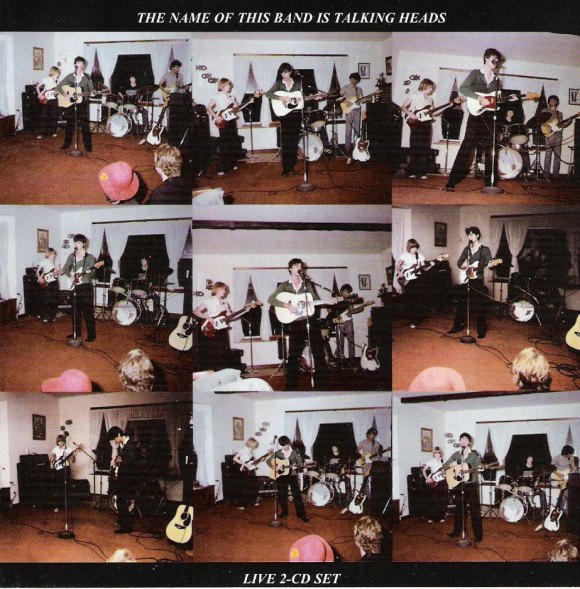 Not often mentioned is the impact on DJ-mixed compilations. I’d loaded my first iPod with a whole raft of early Fabric releases and ultimately found them all to be unlistenable. Central to a DJ mix’s other-worldliness is its flow. The track-jump glitch ruined track transitions. Live albums suffered a similar fate. A rip of one of my all-time favourites – The Name Of This Band is Talking Heads – was knocked off balance each time a tiny gap reared its tiny ugly head between songs. The segue between “New Feeling” and “A Clean Break (Let’s Work)” loses its time and…stumbles.

Unlike Ogg Vorbis and Musepack, MP3 is not a natively gapless format. Apple didn’t develop a firmware fix* for gapless MP3 playback until iTunes v7.0 and the second generation Nano. That was 2006 – at which point I’d already loaded my first generation Nano with Rockbox firmware. Rockbox played pretty much everything gaplessly. Even MP3s. It was a terrific alternative for those early iPods, iPod Minis and iPod Nanos. That is, until Apple locked Rockbox out of its own devices by encrypting the iPod’s firmware.

An absence of gapless playback wasn’t unique to the iPod’s MP3 handling. Slim Devices’ Squeezebox suffered similar issues (also until late 2006). Their firmware fix for gapless MP3 came just in the nick of time; I was about to re-rip thousands of CDs to Ogg Vorbis. Back then; storing a HUGE collection of FLAC rips would have cost thousands of hard-drive dollars.

When hard-drive prices eventually plummeted, I re-ripped every CD I owned to FLAC. To this day, this forms the core of my digital music collection. FLAC is a natively gapless format and you would think that in 2013 its gapless playback would be a de facto standard of all music streamers, portable devices and desktop software players. But it isn’t. Not by a long shot.

On the desktop.  Windows’ JIE Player sounds far better than Foobar but pauses momentarily between tracks. OS X’s Amarra sounds better than stock iTunes but won’t do gapless anything as an iTunes proxy. One must load songs into the Amarra playlist to rid albums of the inter-song slices of silence. Bitperfect sometimes does and sometimes doesn’t.  Audirvana+ 1.4.x is also a significant step up from the vanilla iTunes sound. Thankfully, it plays flawlessly – no gaps! 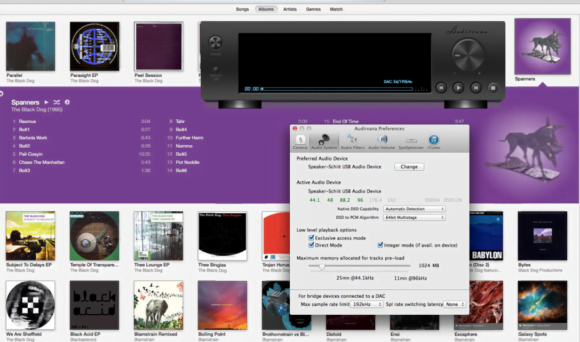 On the phone.  iOS seems to have its gapless ass comprehensively covered whilst Android music apps are a hit and miss affair.  It seems Power Amp is the way to go.

On the hardware bench. PS Audio’s Network Bridge sounds incredible but didn’t play gaplessly when I reviewed it for 6Moons in 2011.  At the budget end of network streamers, Western Digital’s WD TV Live serves up significant gaps when streaming music. The listening experience is beyond painful. 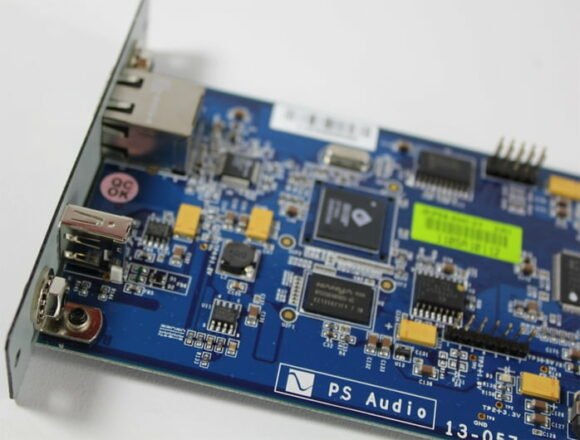 On the bus. Reading Srajan Ebaen’s recent 6Moons review of the Astell&Kern AK100 portable music player, it would appear that it too doesn’t play music gaplessly. And this is a device aimed squarely at audiophiles. I can’t be the only audiophile for whom an absence of gapless playback with lossless formats (ALAC, FLAC) is a stone cold deal breaker, can I?!

I’m sure it’s not a trivial matter to code gapless playback into firmware but if Slim Devices could manage it from the get go, then surely it’s not beyond the reach of iRiver’s coding team. More importantly, is gapless playback on the AK100’s software development roadmap? I don’t doubt that the AK100 sounds stunning but the absence of gapless is (again) a deal-breaker for this fella.

The core of my complaint is not so much that gapless isn’t universal, it’s that many manufacturers don’t declare its absence – leading some customers more swiftly toward buyers remorse – or dismiss it as a non-issue. (Imagine buying a car to find that there’s no speedometer – non issue?). Some pretend it’s a nice thing to have rather than being critical to their enjoyment of music. Are they not Pink Floyd fans? Do they not listen to live albums? Have they not spent time with the original CD release of L.S.G.’s Black Album. 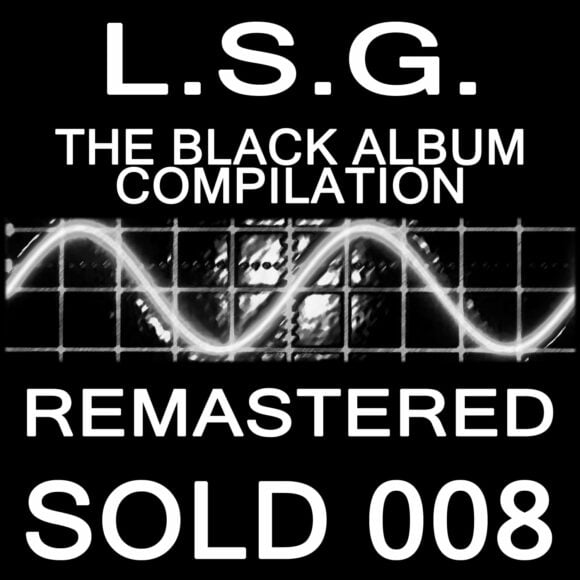 Sometimes the defence is as simple as the manufacturer having received only a handful of complaints about the absence of gapless playback and so they conclude consumers don’t care one way or the other. I find that reasoning hard to swallow. Audiophiles are hardly a passive bunch. One only has to spend a short time on any given hi-fi forum to see casual whingeing quickly mutate into flame war. Opinions on the matter are firmly held and candidly expressed. A little like mine here.

*For LAME-encoded MP3s that support the Mp3 info tag 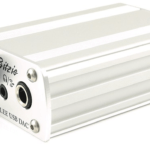 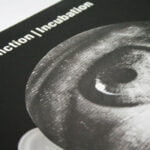