You shouldn’t need “man up” to “get through” a festival, not least when you’ve dropped $250 on a two-day ticket. But that’s exactly what was called for when attending last weekend’s sweatbox that was Melbourne’s ATP: I’ll Be Your Mirror. Actually, it wasn’t in Melbourne, it was in Altona, 10kms from the city centre and only really accessible by ATP’s own shuttle bus service or taxi. Tee-totallers could drive themselves. Whatever.

Saturday, stage 1 descended into an physical endurance test that saw this fellow melting early on (during what appeared to be a killer set from Swans). Bikram yoga-ists would have been right at home. I wasn’t. The organisers seemed woefully prepared for a venue – a sports centre complete with climbing wall – packed with thousand of punters on a not atypical Melbourne summer’s day. Ventilation was close to zero until a lightbulb finally went off in some bright spark’s brain that, y’know, opening a coupla doors might be a sound idea. Too little too late though. I bailed. Good job I’m not a huge fan or Godspeed You! Black Emperor or My Bloody Valentine. I wasn’t the only Sydneysider to stay away on Day 2 and hit an air-conditioned pub instead. Man up? Whatever. 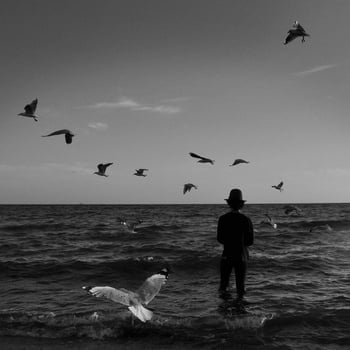 Before all the sweat and swearing took hold, the festival was opened by the completely unknown (to me at least) Strangers From Now On. It’s not often that I’m utterly enthralled by a band first time out but the mix was top-drawer, carving clean spaces around Gabriel Santos’ allusions to sexual violence; evocative lyricisms sat atop the rhythm section’s (Miranda Holt and Daniel Myles) always grooving swamp-stomp. Santos’ vocal style teeters on the edge of histrionic without ever spilling over into the ridiculous. Neatly placed screams and yelps never seemed forced or contived. The swirling echo of Aidan Kelly’s guitar lassoed things tight to Lynchian-nightmare motifs. Dramatic,captivating stuff and easily the finest thing I saw all day. Yes, they even bested Ben Frost.

I muttered to a friend that Strangers From Now On probably wouldn’t translate that well to record. I was wrong. Way wrong. Their 2011 EP is four slices of neatly-distilled drama that owes more to Californian desert towns than the band’s Melbourne homeland.

Grab the EP for $4 from Strangers From Now On’s bandcamp page. Bandcamp means you get the choice of both lossy and lossless formats. Thumbs up. Go on. $4 – that’s the cost of a cup of coffee fercrissakes.

Otherwise, tight-arses can grab three MP3s – including one not on the aforementioned EP – from their Triple J Unearthed page.

Strangers From Now On. What a find. 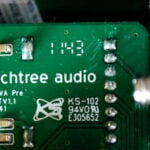 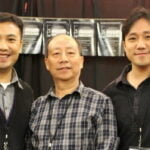