Throughout the coming weeks I’ll be reviewing three budget amplifiers over at 6Moons. A shoot-out it is not. There’s a twist in the assignment tail: each amplifier is only getting a run with Magnepan’s MMG loudspeaker. If it’s not abundantly clear from these words, allow me to reiterate: the MMG are possibly the biggest bang-for-buck speaker this side of a grand. Truly. I can’t think of any similarly-priced box design that could match them for speed, imaging and soundstage size.

My MMG-amplifier journey started vintage, where amplifier price commensuration might be more forthcoming.

Sydney-side father-son team John and Peter McKenna restore/repair all manner of classic beasts. However, they proudly specialise in Sansui overhauls. I commissioned an AU-719: dual mono, diamond differential circuit, rated 90wpc, measured 125wpc, tank-like build, sourced from eBay, re-capped to the nines. Surely this would ladle in even more lashings of agreeability than the NAD 3020? 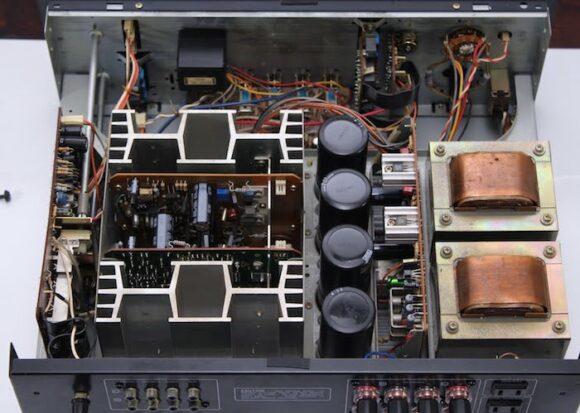 But no. The Sansui/MMG pairing brought no grapes to the vine, found no diamonds in the mine. It was all so very so-so, lacklustre. Some might refer to this as a synergy mismatch. But synergy ain’t no mystical black art. Engineers prepared to dig deeper into both Magnepan transduction and Sansui electronics would not doubt find concrete reasons as to why the pairing failed to gel. I suspect the Sansui is better suited to more traditional nominal 8 ohm loads. After all, the AU-417 and AU-517 both bring an unbelievable truth to Usher’s super-budget S-520 box.  Peter McKenna confirms my experiences run to parallel to those of his own:  4 ohm Dynaudio standmounts not as accommodating of 70s Sansui integrateds as Usher S-520 or Lenehan Audio ML-1. 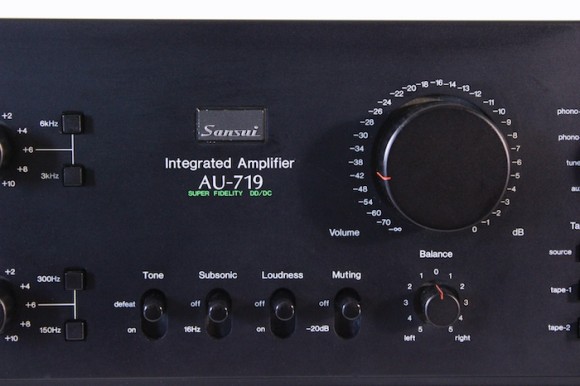 Turn to the back of the NAD 3020 and one sees it’s been built with 4 ohm challenges in mind.  User-switchable impedance to lift possible watts per channel to 58 from 20 (into 8 ohms). The MMGs reflect the NAD’s excellence with midrange liquidity.  It’s not the weightiest sound (in terms of musical body), but definitely pleasurable.  I could live with this combo indefinitely (if I had to).

Just don’t say “They don’t make ’em like they used to”. Because they do: in the crosshairs for this MMG-context review are three contemporary offerings from around the globe.

Since the preview page made its lunar landing a number of readers have emerged from the shadows with their thoughts.

“See you’re enjoying some time with the little Maggies. Tough little beasties to beat aren’t they? Enjoyed a few generations of the Magnepan line myself. A dealer in these parts had a budget set up with the (then) smaller Maggies and a Rotel/Audio Alchemy combo. Sounded quite amazing. Trouble was, it sounded too amazing. The big cone/dome plus ultra expensive rigs in the other rooms didn’t come off well in comparison. The dealer had no choice. He dropped the Magnepan line.”

Daniel Q also chimed in with his experiences here in Australia.

“Six months ago I got a pair of refurbished Magnepan 1.6 from Bill McLean [The Australian distributor – Ed]. I love their sound and could well relate dot what you wrote about the MMGs at six moons. They are a huge step up from my other speakers, the Quad21L2 which are now on secondary room duties.”

“At the shop, we extensively tested the speakers with my small 2x 40 Watt Class-D amp (from XTZ). Obviously, we first had doubts about whether this amp would drive the speakers at all. However, once the music started, Bill could not hide his surprise and amazement with how well it worked.” 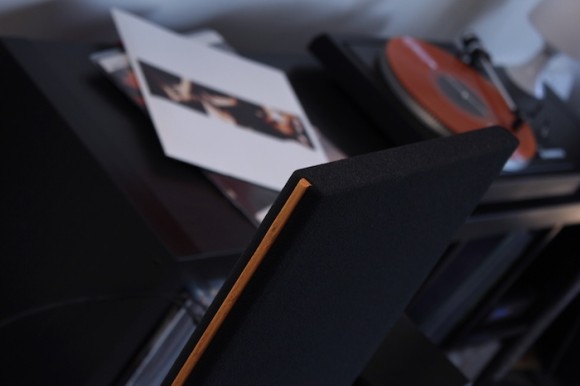 “As for a good amp for the Maggies, you might want to try Redgum’s RGI35. It’s an Aussie with 70 watts into 8 Oms, but has over 120 amps of current. The sound is very close to their RGI 120 you reviewed. Just a thought. I have one for over 7 years and love it.”

I’m one step ahead of you, bro.

So – whilst the amplifiers under scrutiny for this assignment are already locked and loaded, I’m inviting readers to share their experiences with Magnepan amplifier choices. I’ll publish the more interesting comments on this very page.