As a reviewer I like to keep abreast of what peers and colleagues cover AND how they cover it. I try to read as much as possible from fellow writers over at 6Moons and TONEAudio as well as the always excellent Audiostream. Doing so pushes me to become a better writer. Over the past few years, such reading – combined with my own musings – has helped me form a personal review writing manifesto:

1. Don’t try to write like someone else. Find your own voice. If people don’t like your voice, they’re not your audience.
2. Don’t rant and rave endlessly and without direction. A review isn’t a brain dump. It demands focus and a little linguistic finesse. Find your internal editor, make every word count. Don’t sound like a loose house band that’s played too long on too much booze. Jeff Dorgay at TONEAudio is particularly skilled at writing efficient and eloquent prose.
3. Avoid clichés. “Competes with products 3x the price” – pah! If you must say that, name those more expensive devices explicitly. You’ll never read such nonsense over at Michael Lavorgna’s Audiostream.
4. A review isn’t a review without comparisons made to similarly priced units. Srajan Ebaen over at 6Moons is the master of this. Moreover, the single most common type of reader email is “How does X compare to Y?”. 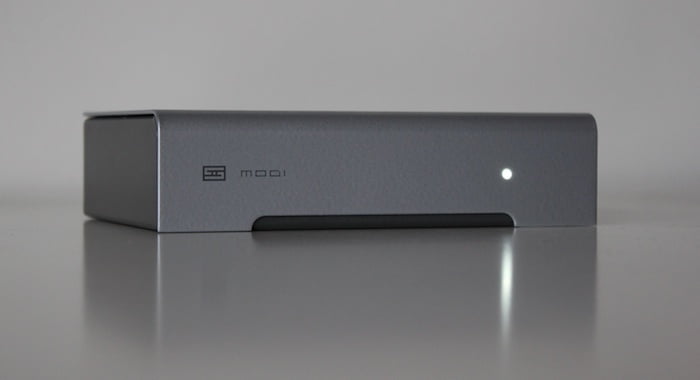 Did I just pen a noose from which to hang myself? The manifesto is intended as a guide for each time I sit down and type. I might not always get the whole way there but I give it my best shot. I strive. And often-times it’s difficult. Pay close attention to Number 4 – it gets a good workout in what follows.

A prototype of their new Modi DAC (US$99/AU$155) was hidden under the table at Schiit’s stand at RMAF 2012’s CanJam. It’s an age-old trick: “You can’t photograph this but here’s what’s coming just before Christmas”. The new decoder from Schiit Audio is no frills and (for me at least) establishes a new DAC price category: super-budget. 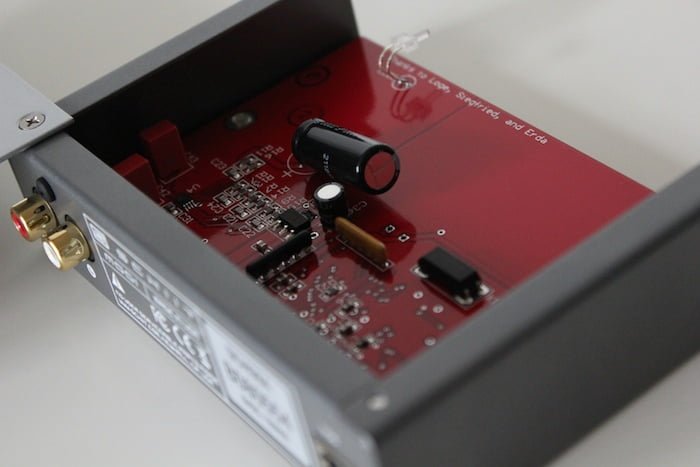 The Schiit Modi comprises a surface-mount device (SMD) board clamped into a custom steel chassis. The chassis is neatly finished; it feels sturdy and heavy in the hand. Music-wise it handles 44.1/48/88.2/96 sample rates via two distinct clocks. All data and power is funneled into a single USB input. There’s no S/PDIF and no volume control. Did I mention this thing costs US$99?

A DAC is much more than its decoding chip. The receiver chip, I/V conversion and output stage also play a part in its sound.

I asked Jason Stoddard how the Modi differs from the Bifrost:

“On the USB input side, it’s almost exactly the same–asynchronous input, separate crystals for 44.1k and 48k clock multiples, etc–but it’s locked down into USB Audio 1.0 mode. This means its maximum capability is 24 bit/96k. We did this to eliminate the need for drivers on virtually any computer, Windows or Mac. Beyond the USB input side, it’s pretty different. We’re using an AK4396 D/A, rather than Bifrost’s AK4399, so it’s a slightly older chip (but still has a lot of the same qualities as the 4399, such as the switched-capacitor filtering for lower out-of-band noise, and it is one of the best-performing D/As in the world). And instead of Bifrost’s discrete gain stage, we’re using an op-amp for the active filter stage, an AD 8616. The biggest difference, though, is that Modi isn’t upgradable, like Bifrost.” 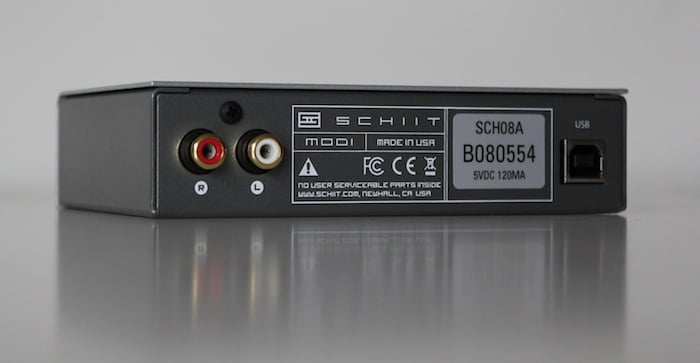 “A lot of inexpensive DACs use the output straight from the D/A converter which can mean higher-impedance outputs and limited ability to drive long cables. We added an active filter output stage for better control over the filter characteristics, and to drive longer cable runs. There’s also some pretty heroic power regeneration going on in Modi: 4 separate regulated power supplies, separate supplies for the analog and digital side of the D/A converter, significant filtering and isolation from the USB input. I think this is one of the reasons it sounds so good. We packed quite a bit of tech into this little piece!”, he continued.

More information can be found at the Modi FAQ.

The perceived performance gap between DAC X and DAC Y mostly revolves around the listener’s perspective. What I call a large difference you might consider small. I would expect the delta in switching from an Audioquest Dragonfly to an EMM Labs DAC2X to be substantial because the price difference is substantial. An A/B session between Schiit Modi and Metrum Acoustics Hex (€2355+) might be equally absurd/unfair. I did it anyway. Not that it threw up anything different to what I expected. Therefore, the comparative picture was fleshed out with a journey downstream to more relevant (read: cheaper) data points. 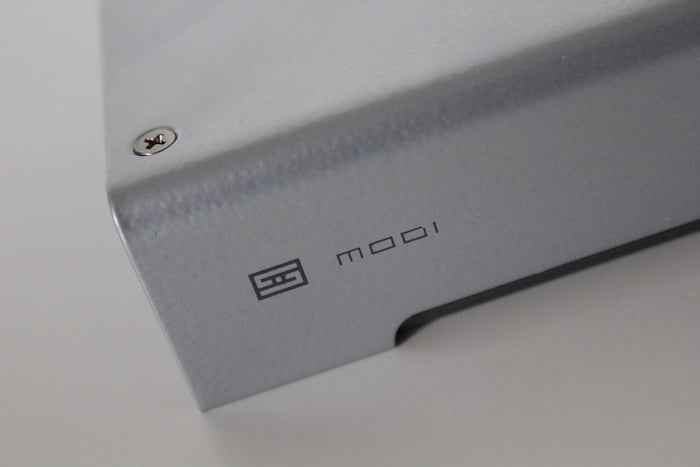 Facing downhill from the Metrum Hex, I noted a comparative lack of body, spatial cues and all-round soundstage size. Detail retrieval is comparably strong. Glancing sideways and down from the Micromega MyDAC (AU$498) there’s a shade less instrumental decay on offer, most obvious on the cymbal shimmer of Robyn Hitchcock’s “If You Were A Priest”. Schiit’s own Bifrost (AU$449/549) is still a more propulsive sounding proposition. And then I remember (again) that this thing is US$99. In that context, it’s a small marvel.  I also prefer the Modi to some of the older HRT toblerone bar units and (especially) the highly-overrated (yes, IMHO, blah blah) Arcam rDAC (AU$598).  This Schiit impresses with an immersive midrange and good treble extension despite being occasionally too ‘there’. Whilst bass definition isn’t the Modi’s strong point, it’s far from unacceptable. Remember: US$99. 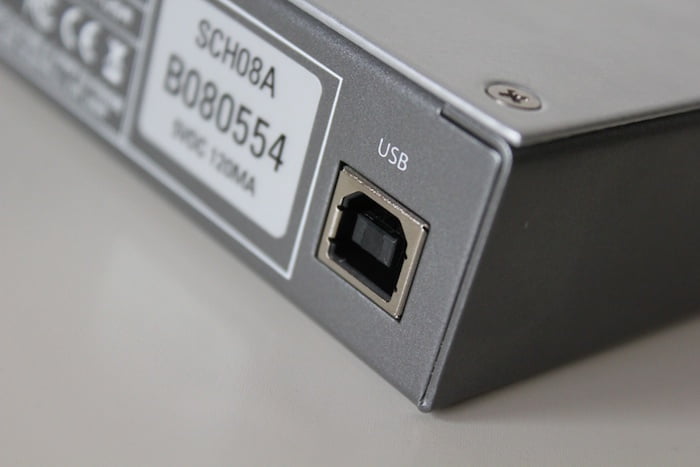 Looking uphill from a Mac Mini’s onboard sound card there’s just no contest. The Modi is keener, livelier, FAR less veiled and wholeheartedly more dynamic. A switch-mode-powered Muse NOS DAC ($65, eBay) is probably the closest price competitor of all. Its high frequency roll-off might make for a smoother presentation but transient attack is severely compromised. That’s not a criticism that can be leveled at the Modi. US$99 folks. I heard more than I bargained for. In this respect alone, the Modi redefines expectations at its price point. Actually – no – it blows expectations clean out of the water.

The Modi is perfect for that $1000 standmounts and integrated bundle, particularly one that errs towards indolence. You’d probably have to spend 4-5x the amount to effect a noticeable upgrade in organic glabrousness and tonal fleshiness e.g. Resonessence Concero (US$595). The DAC curious should buy a Modi and lob into a second or third system. It’ll keep heads level. 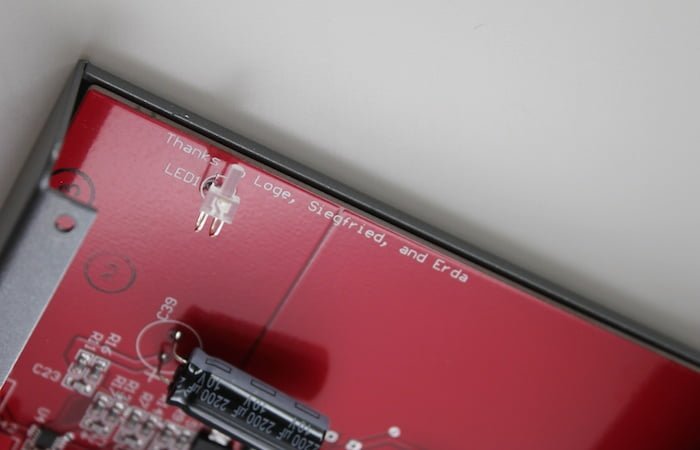 The baby Schiit is also an interesting proposition for those dissatisfied with their current budget DAC. Those looking for a stop-gap decoder have an almost risk-free option here. Whilst it doesn’t ace the D1 from Maverick (US$199) in terms of connectivity, Schiit’s USB-only device easily bests it on resolution and midrange clarity. The Modi trounces the Firestone Bravo (AU$199) for micro-dynamic flair – the ticks and clicks that swim deep within The Black Dog’s Spanners were more readily exposed at the hands of the Modi.

More from Jason Stoddard: “It was really more of a lark than anything else. December 2011, after we started shipping Bifrost in reasonable quantity, Mike Moffat came to me with a tiny little board in his hands–it looked just like our USB input board for the Bifrost, but it had RCAs on one side–that was the prototype Modi. He’d decided to see what kind of performance he could get from a USB-powered DAC. I thought it sounded so good that I decided to design a small amp to go with it.”

Clearly, the Schiit Modi DOES compete with units two or three times its price.  It ain’t no hollow cliché when substantiated by specific comparative commentary. Moffat and Stoddard might have made the Modi just because they could. Perhaps it’s a reputation-building gag. I don’t see the competition laughing: the Schiit Modi’s core essence is two fingers to manufacturers who dare to charge more. Everyone should own one. Everyone CAN own one. DAR-KO award incoming. 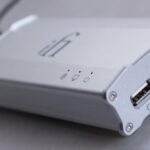 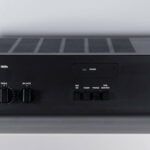