What must the digital audiophile bat away at source?  Two long-time adversaries: 1) jitter and 2) electrical noise both emanate from your computer transport or streaming device.  2) feeds back into 1).  These insidious twin menaces must be tamed for optimal sound reproduction.

Case in point:  the Squeezebox Touch’s jitter measurements are more than respectable so why does it sound relatively weak when compared to other transports?  Why do the likes of Steve Nugent’s Synchro-Mesh and Philip Gruebel’s Audiophilleo (via EDO) bring significant improvements to the SBT?  I suspect the answer lies with not only with these devices’ ability to (re)clock data (and correct jitter); they additionally buffer one’s DAC from electromagnetic interference (EMI) and radio frequency interference (RFI).

Enter iFi’s iUSBPower unit. Designed as part of a collaboration between iFi Micro and AMR (Abbingdon Music Research), this candybar brick sits between your computer and USB DAC or USB-S/SPDIF convertor. It doesn’t filter – it completely severs the power connection between your computer’s motherboard and USB device and then injects its own 5V feed. Digital audio data is allowed to travel freely. If you require a more technically-focussed article, I highly recommend Michael Lavorgna’s coverage over at Audiostream. 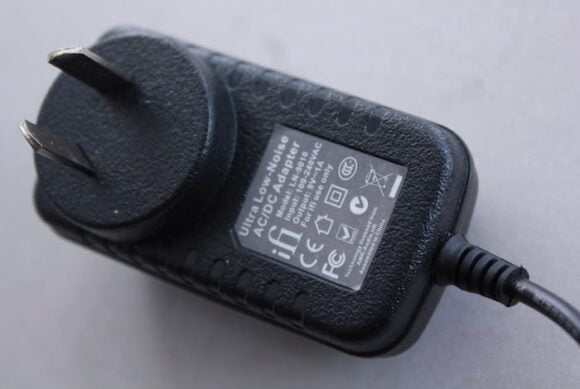 The iFi unit is powered by a 9V wall-wart from which it internally generates a 5V feed.  This is passed out via two output ports – one for data + power, the other power only.  Using the former combo USB port, I cabled my review unit between MacMini and various devices using the supplied (short, blue) USB cable between Mac and iFi and then a WireWorld Starlight took the data/power forwards to the USB DAC or convertor.  Amplification and speakers were Peachtree Nova125 and Magnepan MMG.

Set-up side note. The computer doesn’t ‘see’ the iFi iUSBPower.  It sees right through it, registering the next device down the chain.  For example:  MacMini –> iFi USB Power –> W4S uLINK…….the MacMini lists the latter in its list of sound output devices. 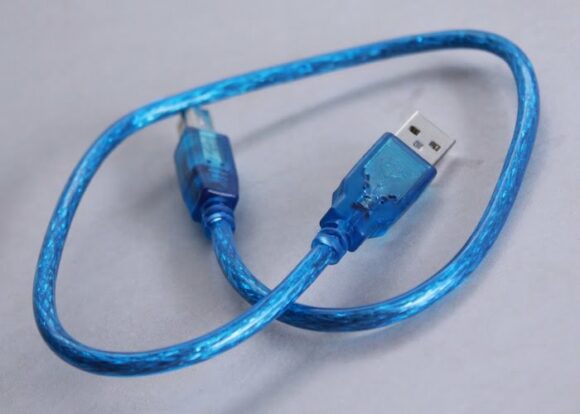 This USB power supply is one member of iFi’s Micro range which also comprises a phono stage (iPHONO), a headphone amplifier (iCAN) and – you guessed it – a USB DAC (iDAC), also in my possession during the review period.  iFi’s USB-S/PDIF convertor (iLINK) is slated for a February 2013 take-off.

The iFi iDAC’s sonic gains from the iFi iUSBPower are obvious and arresting:  greater tonal mass across the board and more propulsive bass.  If this doesn’t convince you to buy an iUSBPower, nothing will!

…In a cruel twist of the irony knife, the iUSBPower appendage also seemed to bring some unpleasantries: mid-bass distortion and midrange coarseness. On The Boatman’s Call, Nick Cave’s baritone fizzes with transient confusion, lower piano notes lose definition in an overcooked presentation.  I double-checked with the 2012 remaster of Dig!!! Lazarus Dig!!!. Later, the plucked synth bass that meanders through The Orb’s Pomme Fritz showed up smeared and bloody.  I removed the iFi USB Power from the chain and everything took a step backwards.  The distortion was diluted but it was still there.  A faulty iDAC unit?  Quite possibly shifted to more-than-likely.

It later materialised that this was a user error.  Mea culpa!  The volume pot on the iDAC needs to be set to zero when using it as a standalone DAC.  The above experience with distortion convinced me beyond doubt that the iUSBPower enhances EVERY sonic trait in the chain, good and bad.  What a way to find out.  It was at this point I decided to purchase the review unit. 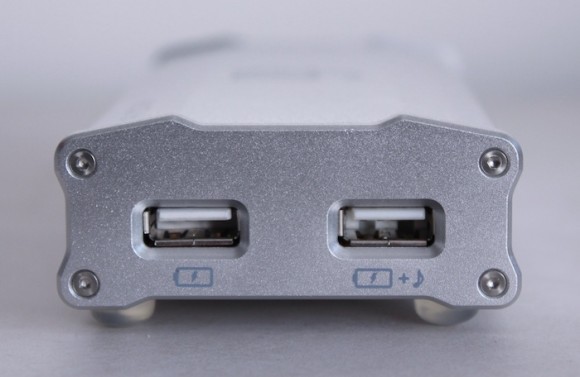 Moving on.  Bad-Seeded Nick Cave’s “Today’s Lesson” confirms today’s lesson.  The guys at Resonessence Labs have made a very pleasant, reserved sounding DAC in the Concero (US$599).  The Concero doesn’t grab you by the collar, it doesn’t SHOUT ABOUT WHAT IT’S FOUND.  It doesn’t shout at all.  Ahead of its own full review, here are three words to capture its essence: smooth, liquid, humble.  Having the iFi iUSBPower bring its independently sourced 5V allows the Concero a little more breathing room with micro-dynamic inflections.  It gains a soupçon of confidence –  nice…but not too nice.  Chicks don’t dig nice.  Neither does this audiophile.  iFi iUSBPower + Resonessence Concero = a terrific pairing.

Noticeable deltas arrived when the iFi USB Power was called upon to feed various other DACs, none of which are strictly USB-only.  It nudged the Micromega MyDAC a little sharper into focus and lifted a thin film of obfuscation.  Similar improvements could be heard when doing the do with Peachtree’s Nova125 own USB input.  However, know that Peachtree growth wasn’t quite as emphatic as with the Micromega.  No audible improvement was noted with iFi USB power standing over the Metrum Hex’s M2Tech OEM USB interface, itself being the beneficiary of an intra-unit power feed.

Only very minor improvements were observed with the iFi iUSBPower acting as intermediary for USB-S/PDIF convertors; such was the hair-splitting nature of observations that drove me to distractive doubt.  Double-blind boys would have a field day.  Both the Wyred4Sound uLINK and Resonessence Labs Concero (as USB-S/PDIF convertor) sounded better with the iFi candy bar in the chain…I think.  Perhaps.  Let’s conclude with ‘inconclusive‘. 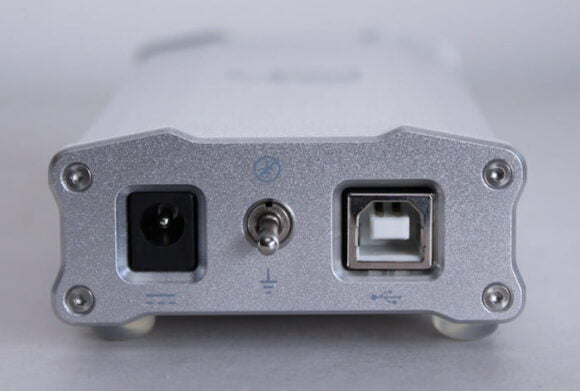 This isn’t the only way to skin a cat.   I get similar results from using the KingRex UPower in tandem with the Elijah Audio Isolaate BL cable. Much like the iFi unit, ZERO motherboard power hits the DAC or other USB device – the requisite 5V comes from the battery pack.  However, having to remember to flip the switch on the UPower for overnight re-charging is a minor inconveniene.  The iFi solution is cheaper to boot.

The iFi USB’s applications run a little deeper than simple computer appendage.  It designed to work with Apple’s iPad and Camera Connection Kit.  I had mixed results with this.

I excitedly – and ultimately mistakenly – imagined the iFi brick to be a magic bullet for Apple iPad audiophillia – a way to enable communication between ANY USB device and Apple’s iPad.  After all, the iFi was ponying up the necessary 5V so why would the iPad care what the power draw might be?  But it did.  It cared very much.

When attaching the following to the iFi iUSBPower and then to iPad, the “too much power” error made an unwelcome appearance and precluded sound routing to the USB device:

Ruh-roh.  See a pattern there?  At first blush, it seems the iPad CCK doesn’t enjoy pitching to XMOS chipsets but (I learned later that) iFi’s iDAC also runs with XMOS at the USB helm and the iPad brooks no quarrel with it.  Ditto the Resonessence Concero – its Cypress CY7c68013A chip played ball beautifully.   iPad audiophillia conclusions: three units that don’t work, two that do.  Readers are advised to try before they buy should iPad playback be the number one aim of the iFi iUSBPower. 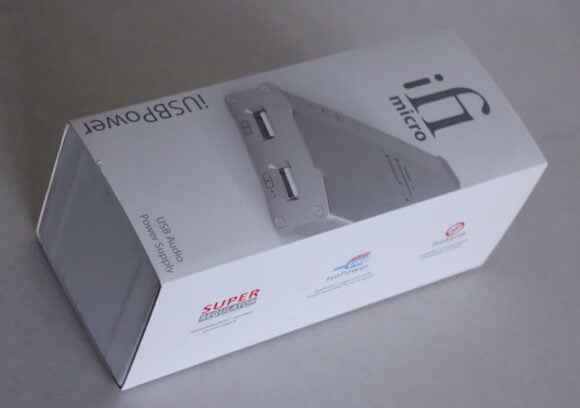 Boxing clever.  If you get the iPad up and running and you’re still lamenting Logitech’s discontinuation of the Squeezebox Touch, all you need is iPeng app and the in-app purchase iPeng Player and you’ve yourself a tidy Squeezebox Touch emulation – bigger touch screen to boot!

The broad take away here is that mileage will vary depending on device deployment.  Bisecting the pro-iUSBPower argument to the two psychological extremes:  either you’ll hear no improvement (but you’ll eliminate doubt) or you’ll hear something (significantly?) better.  You’ve nothing to lose but two hundred clams.  Noisier computer transports will likely see more noticeable enhancements from the iFi device. The ISOEarth switch is for those running an earth-pinned computer PSU.  One reader has already reported that the Squeezebox Touch sees a significant lift. 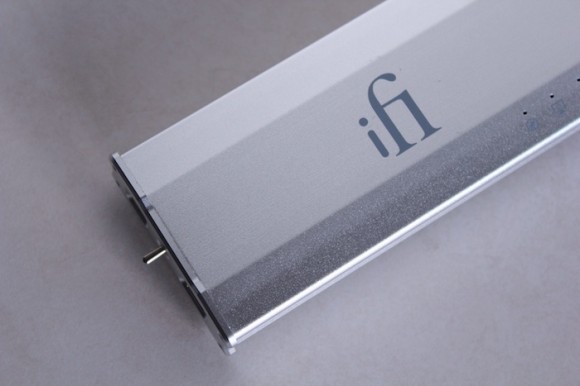 Serving conclusions.  This has some serious implications for the deluxe music server sector.  Why spend $2-3k building a bespoke PC or buying off-the-shelf megabuck servers when a $200 appendage will soothe EMI/RFI nerves on ANY device with a single clunk-click?  Dial in a Resonessence Concero (US$599) and you’ve got the best part of your jitter issued licked too.  A combined total of $1500 for a three box solution:  MacMini + iFi iUSBPower + Resonessence Concero = job done.  This gives you more cash to splash on media players, solid state drives and vibration damping – I use the excellent MacMini Platform from Atomic Audio Labs.  And when you upgrade your PC/Mac, the iFi iUSBPower and Concero come with you.

Eyeballing the implications from a different angle. If you were about to drop $1k+ on a dedicated playback server, make sure it sounds superior to a MacMini/iFi combo. If you’re dropping over $1.5k, make sure you’re getting a better result than the MacMini/iFi/Concero. Anyone letting go of over $2k should click his or her heels thrice – we are not in Kansas anymore. Things have moved a long way in the last two years. Music servers no longer just need to best a computer and its USB ouput. Now we have USB-S/PDIF convertors to lick jitter and the iFi iUSBPower to take care of the electrical noise.  The illustration on the back of the box visually summarises the gains heard by this reviewer.  It’s not just marketing puffery. 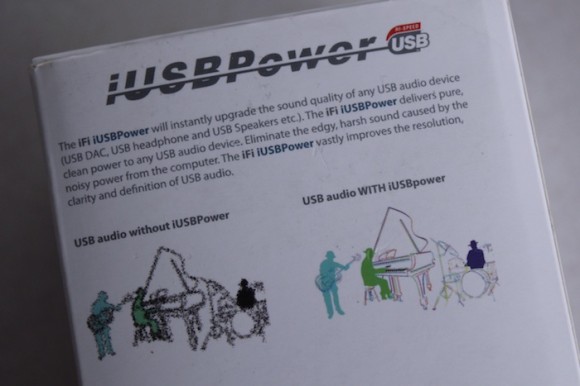 (Lest any readers think that I’m being too Cupertino-centric, remember: you can install Windows on Mac hardware.)

I suspect we’re gonna be hearing a great deal more about USB power noise in 2013.  Vinnie Rossi’s had it licked for some time now with his Black Lightning units.  At close to a grand, the Red Wine Audio BL is where you park your money for a best-in-class battery solution.  Fewer dollars will furnish you with what I use: an Elijah Audio Isolaate BL and KingRex UPower.  Battery solutions are great for those determined to keep switch-mode power supplies away from their power boards.  For everyone else – and especially penny-pinchers (that’s me too!) – the iFi iUSBPower supply has you covered for AU$250.  At that price, EVERY serious digital audiophile should have one.  A round of applause, please.

[Final note: iFi Audio have promised to ship their twin-headed USB cable to me sometime in February so there may be follow-up coverage shortly thereafter.]

UPDATE August 2013. Australian distributor MAXMedia sent me this missive: “The PSU featured in your review will not get approval for use in Australia and New Zealand and there’s no way around it now after much effort. IFI will undertake steps to work with one of the suppliers we have recommended which will also cover many of their other markets caught up in the issue of this PSU.  We hope this can be sorted as quickly as possible but for now, we will continue to supply an SAA approved PSU and down the track.  When the new IFI PSU is available we will have no issues doing swaps”. 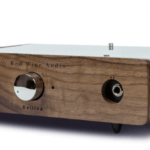 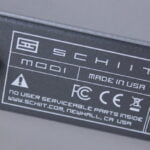