I get a lot of ‘Dear John’ emails. Readers want to know more, more, MORE about what I uncover during review playtime.  Time then to turn it on its head….

I’ve just bought a Metrum Octave DAC. I’m still very much a beginner at all of this digital audio stuff. Should I connect the Metrum to my Mac Mini using the optical output?

In short: no. As superb as it is the Metrum Octave is highly revealing of upstream transport-induced jitter. A direct toslink connection will be high in such jitter. The sound will be weak and bitchy. You’ll need a good quality USB-S/PDIF converter to get the best from your DAC. Might I suggest the Wyred4Sound μLINK? It’ll run you a very reasonable US$299, for which you’ll get a nicely built unit that’s solid to touch and runs with asynchronous USB. It’s another XMOS implementation meaning drivers are not required for OS X or Linux. As your Octave likely tops out at the 176.4kHz sample rate you won’t need to worry about a Windows driver either. If you move to a 192kHz-capable DAC in the future, the Wyred4Sound unit has you covered. 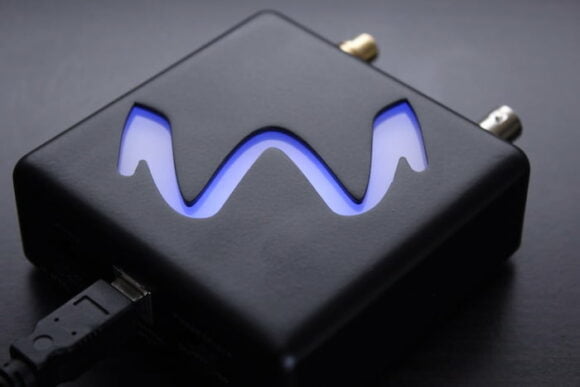 I’ve just purchased a handful of hi-res Rolling Stones releases from HDTracks. They are my favourite band of all time. However – I have a problem: my DAC’s USB input doesn’t handle the 88.2kHz sample rate. See screenshot attached. How can I remedy this?

I hear ya, brother. Only two years ago, several DAC’s USB interfaces topped out at 16/48 (Emotiva XDA-1, Cambridge Audio DACMagic are two that spring immediately to mind). Thankfully time and progress don’t stand still – some USB implementations now handle up to 24/192. Others max out at 24/96.

I have a Wadia 151PowerDAC Mini here presently. A review is coming in early 2013 but I’ll let the cat in the bag see a brief glimpse of daylight: it’s a stunner. It’s only functional weakness being its USB input. Yes, it’s specc’d to handle 24/96 but it doesn’t handle 88.2kHz sample rates. Boo, hiss. Enter the Wyred4Sound μLINK – what a gallant fellow. It’ll take the USB feed from your computer and convert it to a S/PDIF output. I hook mine into the back of the Wadia with a Black Cat digital interconnect and Wireworld USB cable. This little black box and its glowing blue logo can handle ALL sample rates up to and including 192kHz. Get one – and get satisfaction.

P.S. If you use Audirvana, know that the Wyred4Sound unit is Direct/integer mode compliant. 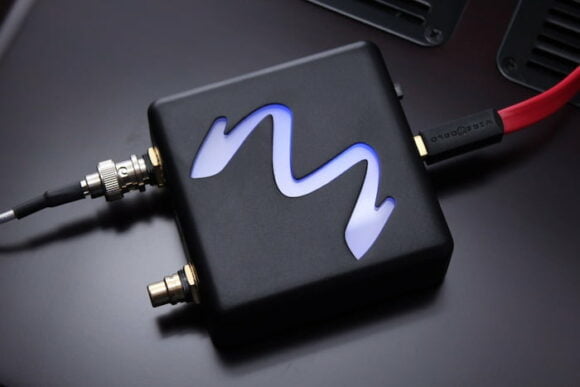 I’ve added an external DAC to my Logitech Squeezebox Touch and I love the sound. I read your excellent review on the Empirical Audio Synchro-Mesh. Would that improve the sound still further or is there something else that might do the trick?

You have more options than you think. The Synchro-Mesh is a superb device but it restricts you to 44kHz or 96kHz (depending on model ordered). With the release of the Enhanced Digital Output app you can now lasso all manner of devices to your Squeezebox Touch’s USB port. This opens up the possibilities when choosing a USB-S/PDIF converter for its associated clocking abilities. You’ll need to pick one that doesn’t require drivers. Cheapest of the cheap is the M2Tech Hiface MK2 (AU$199) but I reckon it needs battery power to sound its best. The Isolaate BL from Elijah Audio and the UPower from KingRex is what I use/d. Obviously, this bumps up the cost considerably and takes one’s spend north of the US$299 needed for a Wyred4Sound μLINK… 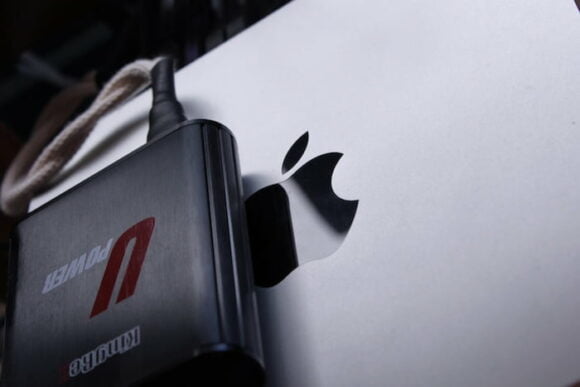 …The Wyred4Sound μLINK doesn’t require an off-grid diet to sound ‘great’ but it does offer user-selectable power input options: either 5V from the host computer or 9V from the supplied switch-mode PSU. I couldn’t discern a difference between the two power feeds but an external linear supply might bring the goods. To come back to my original point: the μLINK’s USB input is built around an XMOS chipset; you’re good to hook it straight into the back of your Squeezebox Touch. No drivers needed.

Another thing. With the MK2 Hiface you need to lock in your output connectivity preference at purchase time: BNC or coaxial. The Wyred4Sound gives you both…and optical to boot. That’s three output possibilities. And yes, I’ve confirmed with Clint Hartmann at W4S that the BNC socket is 75 Ohm. 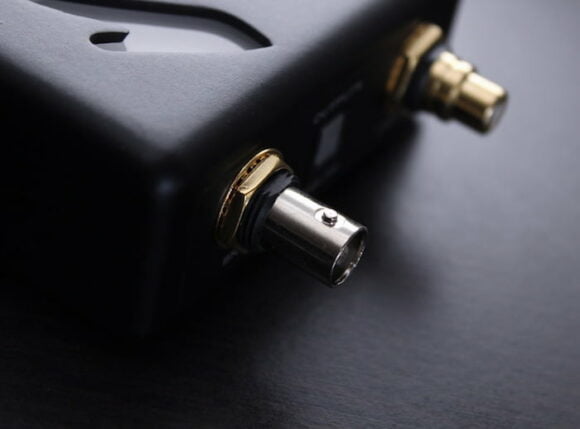 Thanks a lot for your great website! It’s very informative and helps computer audiophiles like me… 🙂  If you have some time, I would like your advice on this:

I have a DAC that is a little better than the Cambridge Audio DACMagic, and its inputs are S/PDIF 24bit/192kHz and USB 16bit/48kHz.  I’m building a Computer Audiophile Pocket Server C.A.P.S. v3 Topanga and I want to use the USB port for audio output.

Do you think the Audiophilleo2 will be a good fit for this role? Or should I save a few bucks and drop my cash on the KingRex UD384?

Hi Kris – thanks for getting in touch.

A USB converter will probably be a good move for you. I have a third suggestion for your shortlist: the Wyred4Sound μLINK. It might not quite reach the sonic amelioration levels of the Audiophilleo2 but it isn’t that far behind. If I were a betting man (I’m going on audio memory here) I’d wager the μLINK will give you 80-90% of the performance of the Audiophilleo2 for 50% of the price. What’s not to like with those numbers? I definitely prefer the Wyred4Sound unit to the KingRex – it’s keener with transient detail and tonal depth. I’ve also briefly compared the W4S and the fresh-off-the-boat Concero from Resonessence Labs [in digital output mode]. The latter has the edge with even deeper tonal richness and vitality. This fits with Srajan Ebaen’s findings over at 6Moons. He pegs the Concero on the same rung as the Audiophilleo with the former sounding slightly wetter. This is where I think the μLINK comes up a tad short against the best of breed: there’s a soupçon too much desiccant in the mix – great if you’ve got tubes going on somewhere in the chain or have a solid state amplifier that needs a teaspoonful of hot sauce.

Let’s boil it down to simple soup. If you want the best USB-S/PDIF converter for under a grand, go for the Resonessence Labs Concero or Audiophilleo2. If you want better bang-for-buck, go with the Wyred4Sound μLINK…that way you’ll have money left over for an iFi USB power supply (review coming soon). 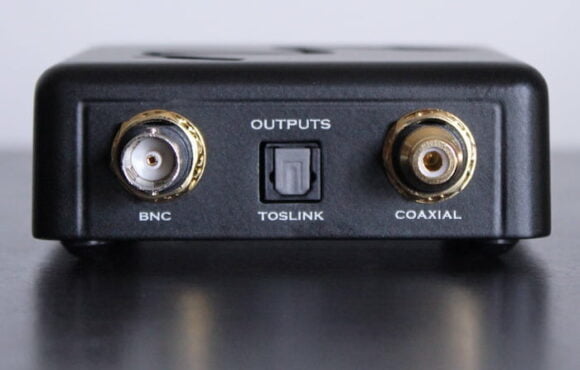 I feel like I’ve been banging on about the need for USB-S/PDIF converters and (to a lesser extent) S/PDIF re-clockers since forever ago. As a general rule, unless your DAC uses an OEM module from the likes of M2Tech or a bespoke implementation, you’ll need an intervening box o’ tricks to reduce jitter and EMI/RFI contamination. I’ve not heard many DACs that don’t benefit one way or another from the M2Tech Hiface MK2 all the way up to the Audiophilleo. If you’ve a chunk of money to spend make sure you set aside some of your budget for a Wyred4Sound μLINK (or similar). Don’t blow your entire budget on the DAC itself!

I’m becoming increasingly suspicious that not only do these in-betweeners clock data but also they – by accident or design – keep some of the power supply detritus away from the DAC. The 5V that spews forth from your PC or Mac isn’t the cleanest 5V around.

It’s not that manufacturers go out of their way to implement diluted-sounding USB, it’s just that most budget units are built to a price and so include off-the-shelf USB receiver chips which (in the main) rely on 5V from your computer’s motherboard. And that thing is electrically noisy! My ongoing experiences with adding a USB-S/PDIF converter between computer and DAC means an all-round more vivid sonic presentation, less tension, more ease, better tonal colours and decay. 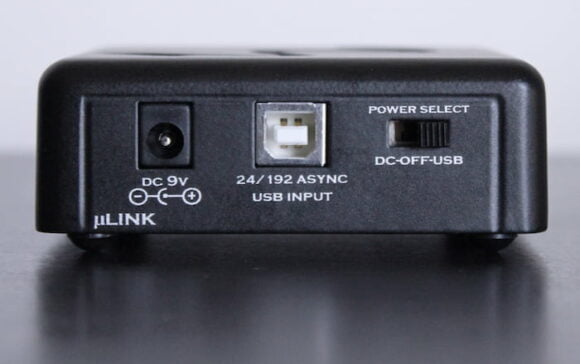 The Wyred4Sound’s appeal isn’t best at any price. Instead, its proposition is VALUE. The μLINK is a neatly resolved product that gets the job done with more-than-price-commensurate performance than that of its more expensive rivals. I suspect that once an iFi USB Power is added to the chain of command, Commander Audiophilleo’s control of the budget clocking ship will come under serious challenge from sub-Lieutenant Wyred4Sound.

Let’s end with a question:

The answer is a story for another day.  Merry Christmas, y’all.