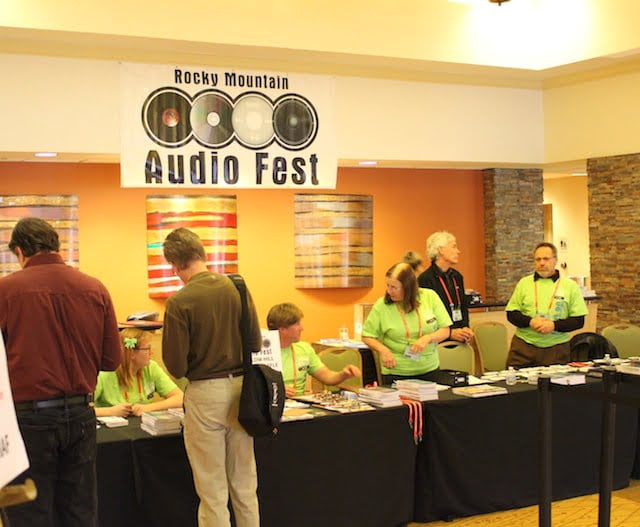 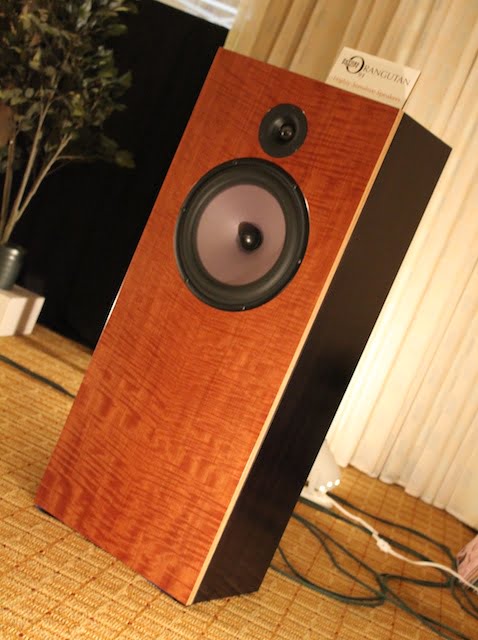 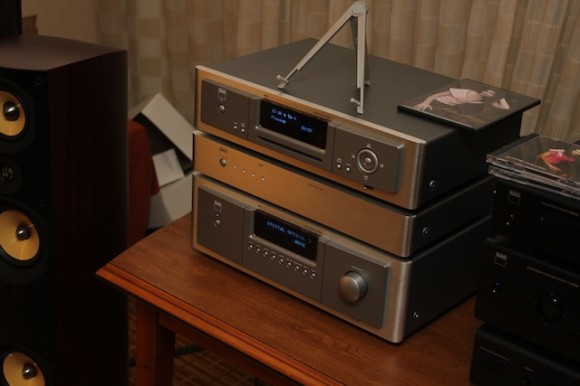 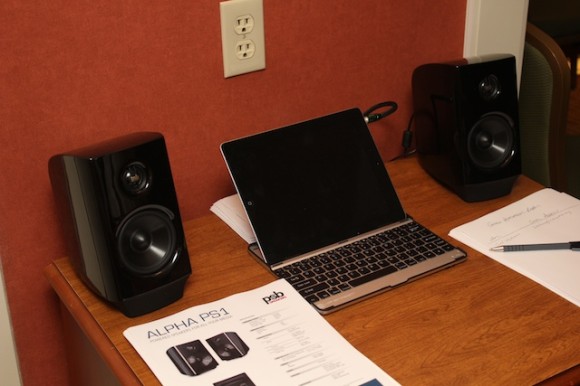 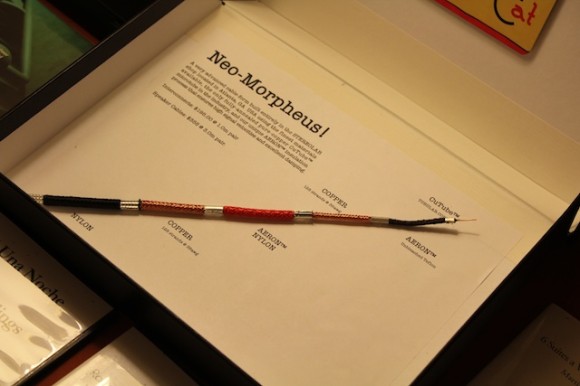 The guys from DEQX are from the land down under so it’d be rude of me not to check them out.  They corrected my mis-assumption that their boxes performed ‘room-correction’.  In fact it’s ‘group delay correction’, luxury DSP. The all-new DEQX Mate is $4500. Way cool. 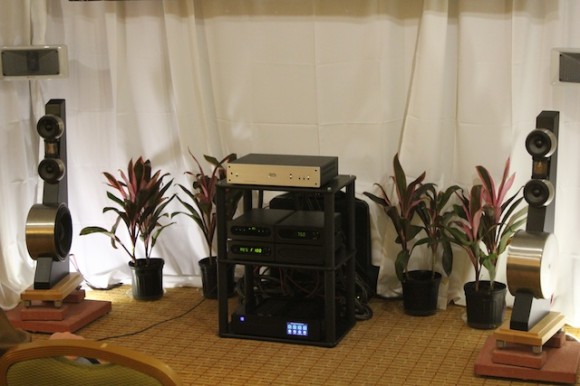 I finally get to hear a pair of Neat Iota ($1150/pr). Bob Surgeoner has flown in from the UK to assist with the dealer demo; who’s pushing them with some serious Zanden electronics.  The Iota sit on their side. Ribbon tweeter, exceptional resolution.  These underline why I love standmounts. 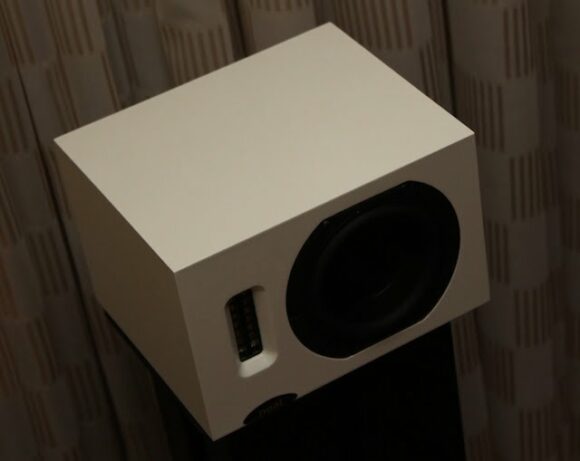 I know I know, it ain’t digital but the awesome VPI Traveler turntable ($1300) is hooked up to a budget Cayin integrated.  VPI score points for keeping it real with a budget ‘table and for partnering it with a real-world-priced amplifier. 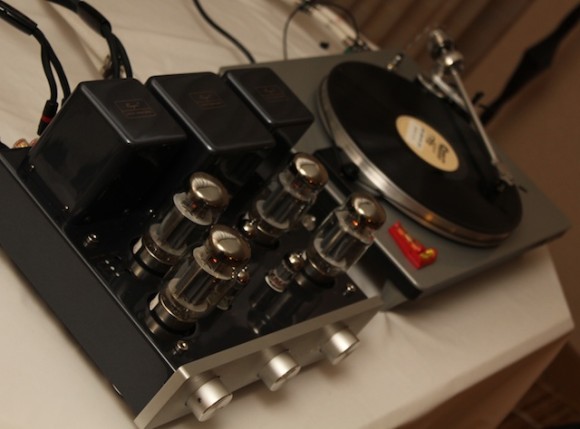 The finest-sounding room of the day was that of South Korea’s April Music.  Fronted by the Eximus DP1 running balanced out into their new integrated, the Stello Ai700 ($6500).  This new model is essentially two of the shoebox Eximus S1 amplifiers distilled into one unit but fuelled by a bigger, badder power supply.  It runs in Class D and pushes a hefty 500wpc.  The Stello Ai700 will begin shipping after the show. 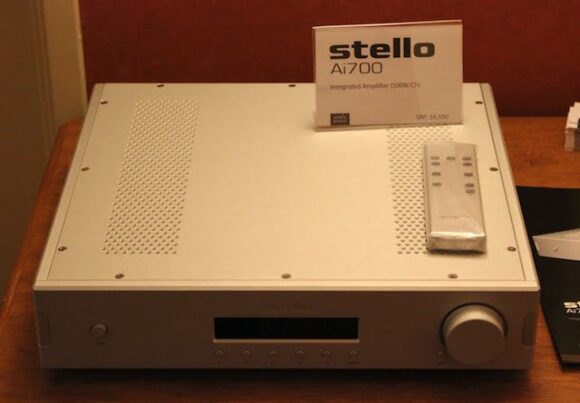 April Music were using a Macbook with Amarra as transport and Sonic Studio’s own room was across the hallway.  Here, the guys give another convincingly demo why their software is one of the top OS X playback choices.  Using the same playback engine as the more expensive versions, Amarra Hifi is $49.  Cool. 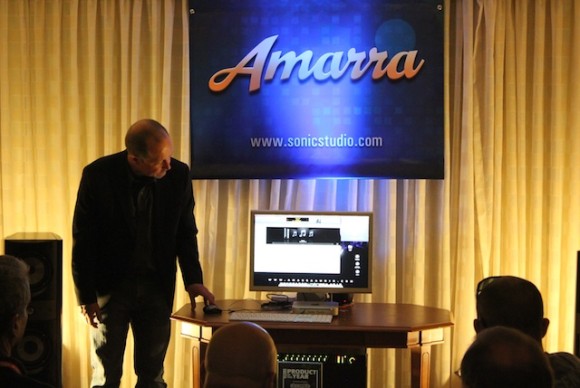 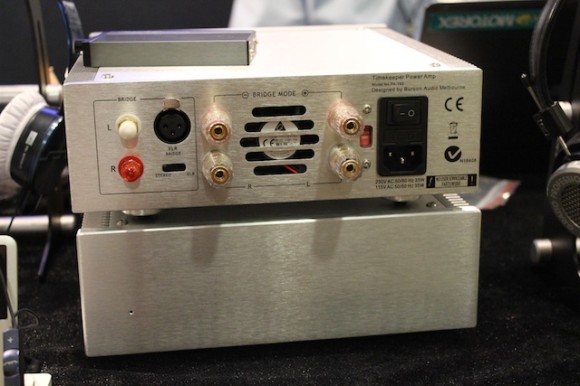 The CEntrance Hifi-M8 ($699) is showing in prototype form.  Shaping up nicely.  I’m told it will begin shipping in 6-8 weeks. 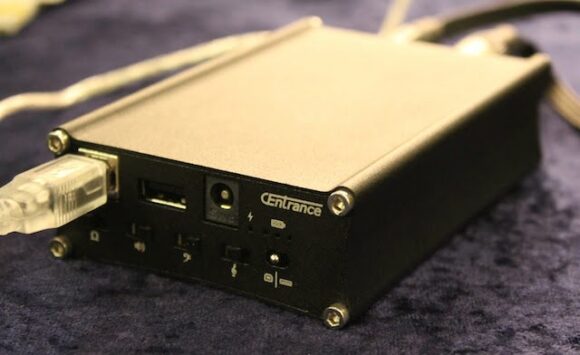 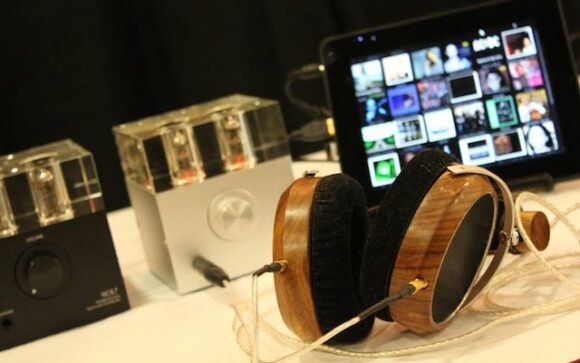 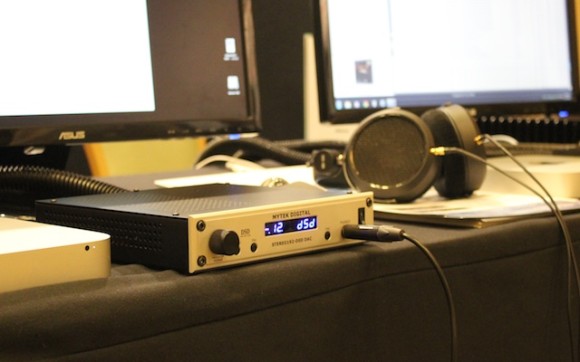 As usual, Emotiva have a rack of killer bargains on display.  It’s been a long time coming but the XDA-2 DAC will finally begin shipping around Christmas.  $399.  24/192 on every input and a resistor ladder volume control.  Look carefully at the left-hand side of the front panel: there’s a headphone output.

Roy Hall’s doing his own budget standmounts now.  The Music Hall Marimba will sell for $349 and they sound superb.  “Fucking amazing” and “Designed by a genius” is how Hall describes them. I’d expect nothing less. 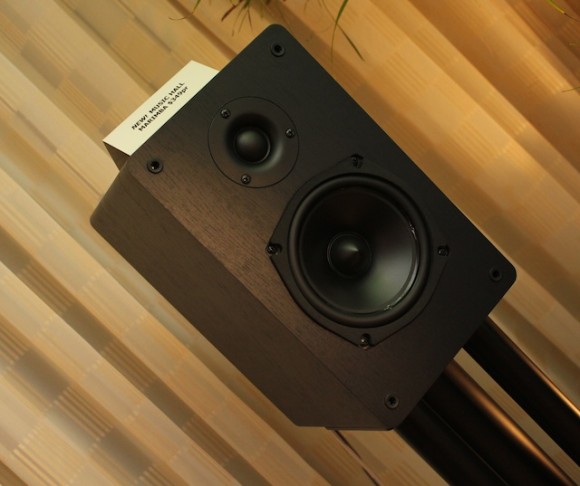 Sonus Faber are launching a range of more aggressively-priced speakers, the Venere.  Made in China to keep costs low, the 1.5 ($1200/pr standmount still looks beautiful. 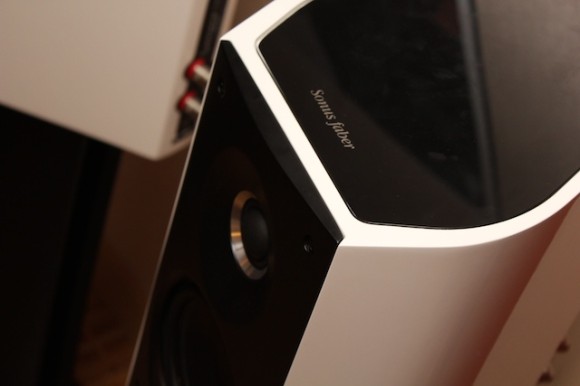 The new, improved MMG (still $599) from Magnepan might look like the old model but who cares?  The sound is stunning.  Possibly the biggest bargain in budget hi-fi.  On display also is the Magnepan bass panel (that looks like a table!) So, $1394 for the speakers and the bass panel.  If you have an amplifier that’s up to the task, you’d be hard-pushed to find better sound for the money.  Well done Wendell. 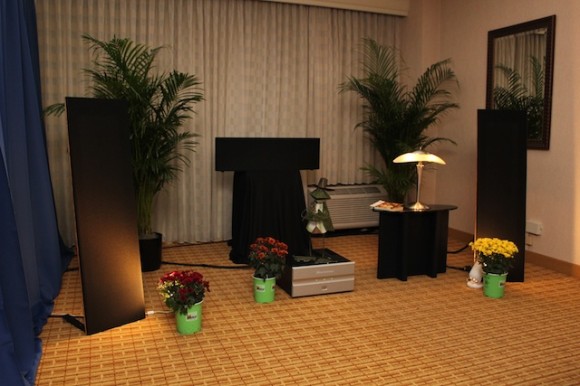 And that’s a wrap on Friday in Denver. 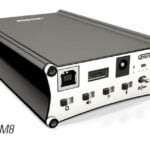 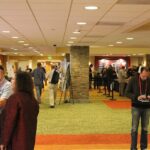