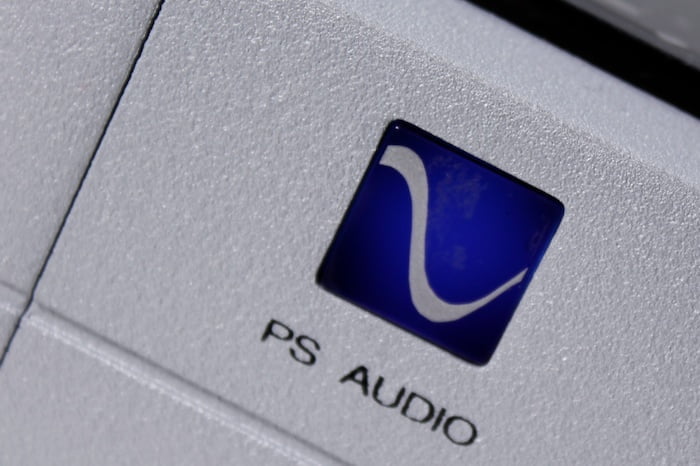 (You can read Part 1 of this review here.)

Boxing match.  Opening the PerfectWave DAC box is the first sign that the guys at PS Audio take their innovation seriously – the packaging is ingenious. The usual Styrofoam cheeks are nowhere to be found. Instead, the unit is sandwiched between two layers of polyethylene, held taught by a stiff cardboard frame. The PerfectWave DAC effectively floats in the middle of the box. Clever.

Moreover, support for a PS Audio purchase doesn’t end with the swipe of your credit card. CEO Paul McGowan wants to talk to you directly over on the PS Audio website. He’s active both in the community forum section and he pens regular entries in his own column, Paul’s Posts. A pity that McGowan confesses to only reading the first and last paragraph of reviews.

The PS Audio website shows off the rare combination of style and substance. In it you will find a whole swirl of information for both existing and prospective product owners. As with any big purchase, the devil is in the details, many of which are discussed at length on their community forum. It’s a good place to start if you hit a roadblock with usability or have a technical question. It’s also where I learned about sonic differences between different PerfectWave firmware revision. 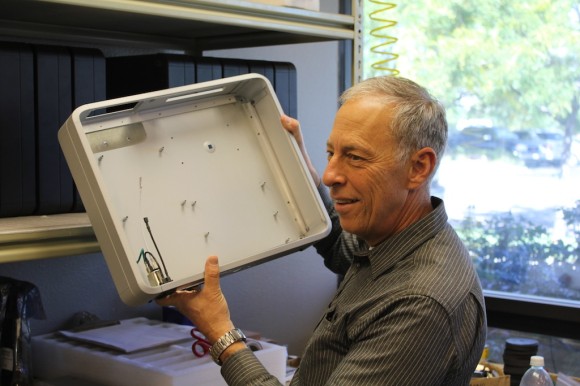 Firmware. As with the MKI, the MKII PerfectWave is user firmware upgradeable. Grab the latest version (as a .zip) file from your local dealer or this PS Audio community forum thread, unzip its contents to the root directory of an SD card, push it into the slot on the rear (gold teeth face upwards), restart the unit and watch the upgrade progress on the screen. It takes a couple of minutes before the unit again reboots and music flows once more.

Firmware upgrades don’t just bring functional and on-screen aesthetic changes. Througout 2012, a smattering of PWD users had slowly begun to report a sonic change in moving from 2.0.3 (and 2.0.2) versions to the later 2.2.0 (and 2.1.0) files. After all, it makes intuitive sense. If small perturbations in code can cause desktop PC players to sound different to one another then why not with firmware code? After months of 2.2.0 listening I swallowed an investigative downgrade pill. The USB connection announcement to OS X loses its PSAudio branding and directly references the XMOS receiver chip. The remainder of the review process (another six months!) saw this reviewer stick with 2.0.2.

Know that the differences that follow are super-subtle but very real. The 2.2.0 firmware draws with musical shapes with a hint of hardness. Think 2H pencil instead of the 2.0.2’s 2B graphite blend.

The newer firmware brings you a couple of rows closer to the performance; it also plays it with a shade more ebullience. 2.0.2 isn’t as strident in the upper frequencies. It doesn’t try as hard. When playing the likes of Thin White Rope (80s American desert rock) or Julian Cope (90s British psych-pop) the 2.0.2 firmware wins out for this listener due to its softer incision. Those with more laid back rigs might find the spicier 2.2.0 more to their liking. Horses, meet courses.

Heart of Dark(o)ness. “Hundreds of miles up a river that snaked through the war like a main circuit cable plugged straight into Kurtz.”

For ninety-nine percent of reviews, my [crude] listening notes would be re-fashioned into something more coherent. Not this review though. The PerfectWave MKII took this Captain Benjamin Willard deep into Cambodia – so intense was the journey into my music collection that what follows are snippets from notes scribbled as the PerfectWave boat moved me up river over the course of eight months…

…Built To Spill – Carry The Zero EP. Cheaper DACs throw these guitar shapes like glass shards. The PWD brings smoother edges, even at B2S’s most raucous garage-rock climax. Did someone say analogue? Sit down!

…David Byrne – Rei Momo. This album is an old friend. Blat from horns. That’s what we want and that’s what we get. Again with the subtlety and nuance and inflections. You can’t fake this shit easily…

…Elvis Costello – Spike. Tramp The Dirt Down and sweetness begins to raise its head. Is that the sound of run-in?

…Modeselektor Remix Radiohead. Refashion them a new one. Bend and contort bass shapes with percussive stabs and rolling toms that puncture the 130bpm pulse/throb. Big, bold, dumb and widescreen… 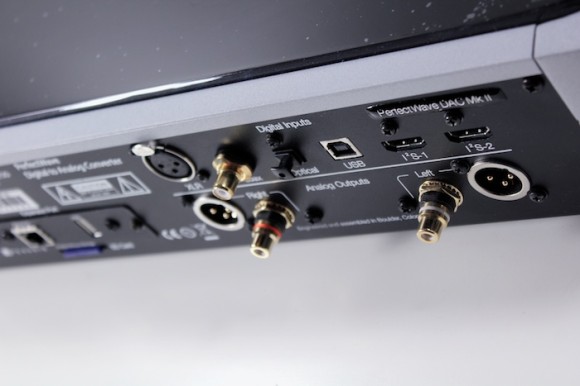 …Julian Cope – Peggy Suicide. Guitar and vocal of Promised Land. Smooth and seductive, without roll or or detail congeal…

…Cocteau Twins – Heaven Or Las Vegas. Sweetness that’s not saccharine. Nutty sweetness. Almonds? Almonds: smooth at the front of the palette, sweet in the aftertaste…

…Remaster of Talk Talk’s Colour Of Spring. The first signs of Mark Hollis’ commercial retreat. Not Hollis sticking it to the man but taking a left turn until the road turns to sand. Detailed, stress-free, percussive shape and texture, acoustic guitar strums interleaved…

…Pink Floyd – Animals 2011 Remaster. Takes the midrange liquidity of the db Audio Labs Tranquility and runs it up the flagpole. There’s that word ‘analogue’ again.

MKII vs MKI. A common marketing ploy to extract cash from first generation product owners is to junk the outgoing model with over-enthusiastic verbiage about the incoming upgrade. It’s a lazy tactic used by marketing copywriters (who are paid to do so) and review commentators (who should know better). Thankfully, PS Audio hasn’t resorted to such cheap trickery and I’m not about to fall into that bear pit either.

Having had the MKI and MKII side by side for a number of weeks, it is clear from even the most cursory A/B switcheroo that the MKII is a step up from its predecessor when deployed in NativeX mode. But – and this is an important but – the MKI is still a superb-sounding DAC. It isn’t ‘broken’ (compared to its successor) and it certainly isn’t ‘mid-fi’. The MKI can still hold its own, easily besting the wave of sub-$2000 DACs that flows through here.

The aforementioned budget DAC devices are perfectly fine when playing in their own field…but comparative contrast is a bitch. Switch any one of them out for the either PerfectWave and you immediately notice superior bass propulsion and a more wholesome treble (and superior decay). The MKII ices with a further veil lifting and high frequencies that are good enough to lick. There’s zero hint of tension or chromium plating. Sweet as, bro’. 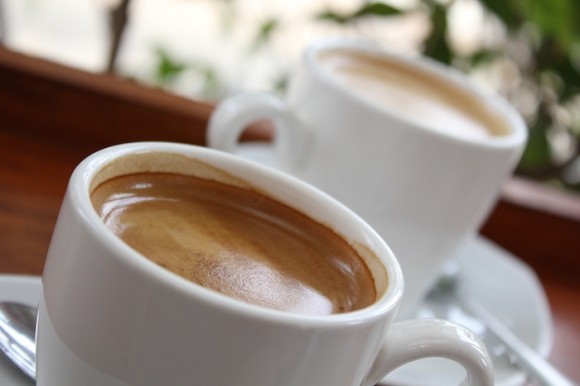 Think of the MKI as a flat white or a cappuccino. Then picture a long black (Americano). That’s the MKII. It’s tastier and brings more zing. More kick too. Without the milk and froth, you’re closer to the bean, closer to the music. The MKI presentation is a shade more congealed that its successor. The NativeX-ing MKII is more proficient at clearing clean spaces between stage players without a thinning of acoustic mass.

The PerfectWave MKII isn’t the best DAC in the world either. To say so is dumb hyperbole. Running up a Tom Evans amplifier and Avant Garde Trio hill against a dCS Puccini + uClock saw the dCS ascend with more graceful ease – the PS Audio unit was contrasted as a meal with beautifully presented tonal flavours but tainted by too much pepper and spice. There’s nothing out of the ordinary there. At AU$29k, one would expect the dCS to best the considerably cheaper PS Audio box. That the latter got so close with listener satisfaction and detail trawl is commendable.

Concluding. A sequel is a tricky thing to get right. Alien or Aliens? The MKII PerfectWave is definitely more James Cameron than Ridley Scott. It’s bigger, bolder and more entertaining than the original.

The PerfectWave MKII isn’t cheap and I’m not about to toss off some glib remark about it being the same price as more exotic interconnects. That’d be lazy journalism. As your DAC spend rises, so do your expectations. This new PerfectWave more than met mine. It’s superior to the MKI and the upgrade kit ensures existing users can join the party without dumping their old unit on Audiogon or eBay. 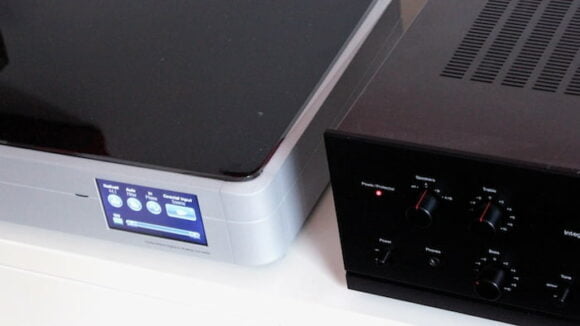 The MKII is proof positive that the value-for-money quotient needn’t crash in more expensive DAC territory, even if it is less common.  So convincing is the Digital Lens’ impact on sound quality, it wouldn’t be at all surprising if PS Audio started licensing this technology to other manufacturers.  Taking a broader perspective, the MKII PWD pulls a hand-brake turn on diminishing returns to serve up sound quality that’s spectacularly vivid.  Here be strength with image specificity, clarity and presence.  Why buy something this expensive when a cheaper DAC would get the job done?  Making the leap is similar to moving from a 6MP point and shoot to a 18MP DSLR with a full frame sensor.

PS Audio ensures you’re looked after each step of the way: the packaging, customer support, website, YouTube channel and firmware upgrades are solid examples of this manufacturer’s innovative ambition. (Did I mention that each PerfectWave DAC is assembled by hand in Boulder, CO?)  The pay-off from which will no doubt be heightened brand loyalty. In the case of the PerfectWave DAC such brand loyalty is hard earned and well deserved. 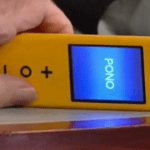 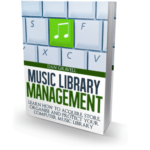