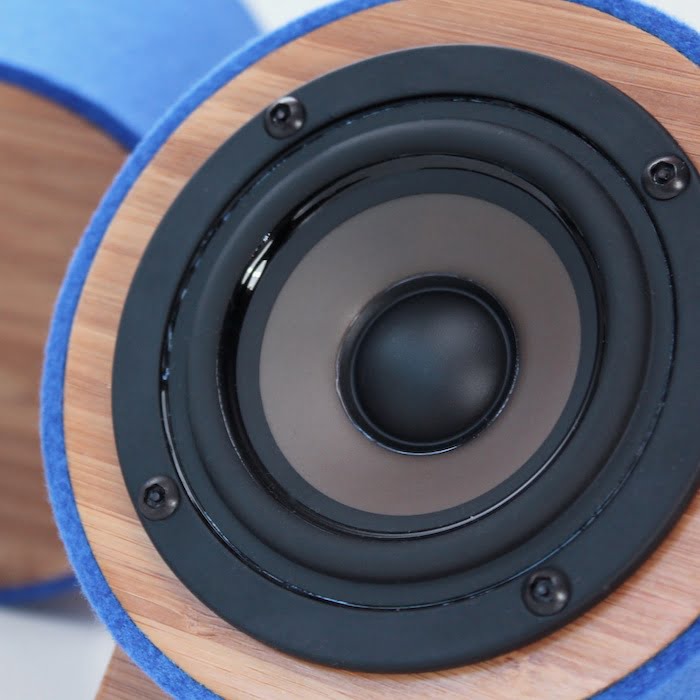 I first met Well-Rounded Sound’s main man Jaroslav (Jerry) Cmehil at RMAF 2011. He had the most intriguing room – so little to look at!  On show that day in Denver were a pair of Watch Puppy (US$299) with Woof 1 sub-woofer (US$399), all fed by a T-amp, DAC and Macbook.  Cmehil’s everyday hi-fi aspirations saw its way to my ultimate pick of the show: single driver loudspeakers for desktop and/or lounge room that nod to environmental considerations.  Real world hi-fi, shot through with cute canine nomenclature. And green paws. Cmehil’s rightly proud that the enclosures on his entire range are made from recycled composite materials and that the wood veneer finishes are sourced from sustainably harvested forests.

Dog dig-a-dog dig-a-dog dig-a-dog. The smallest, cheapest of breeds are the Yorkies (US$249): they are more yap than woof. A three-inch Tang Band driver sealed inside a port-free enclosure.  You need not give speaker cable a second thought: six feet of Well-Rounded Sound’s own cable has already been hooked direct to the driver itself whilst the other (amplifier) end is terminated with bananas.  For enclosure dampening AND cute factor each speaker is wrapped in wool felt.  That’s 100% wool felt from the world’s sheep capital: New Zealand.  Baaaah. 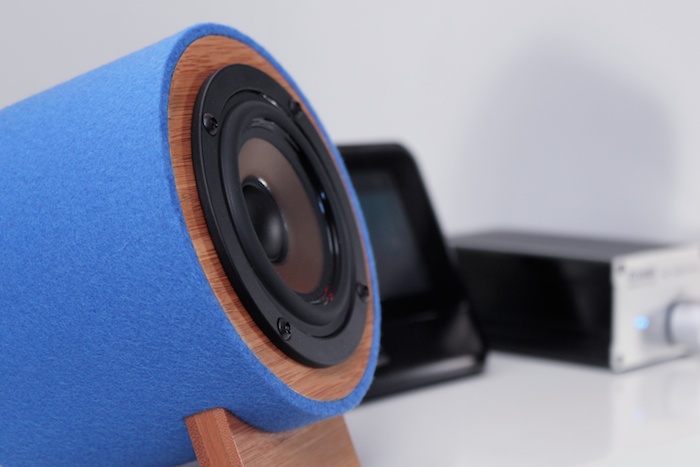 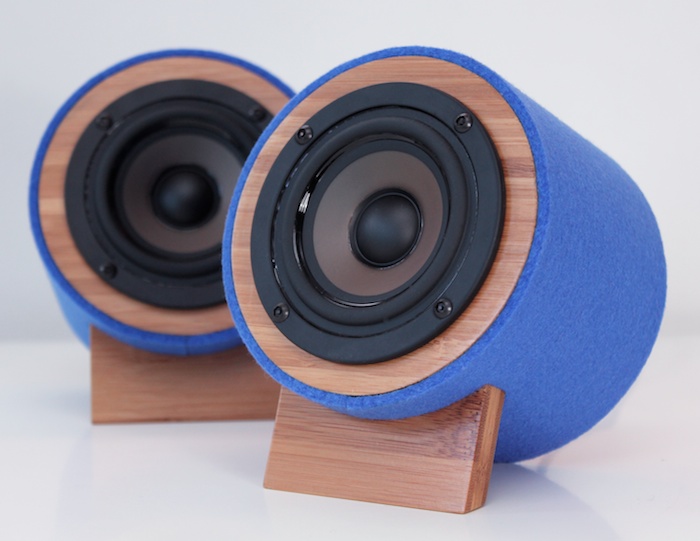 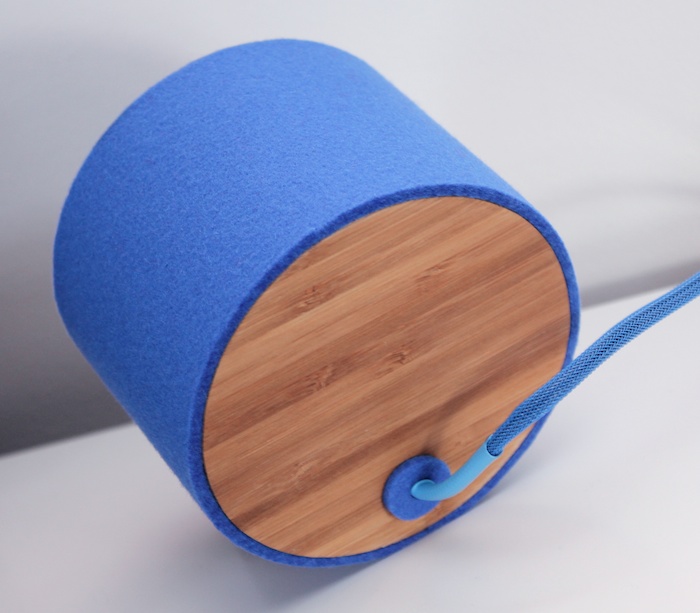 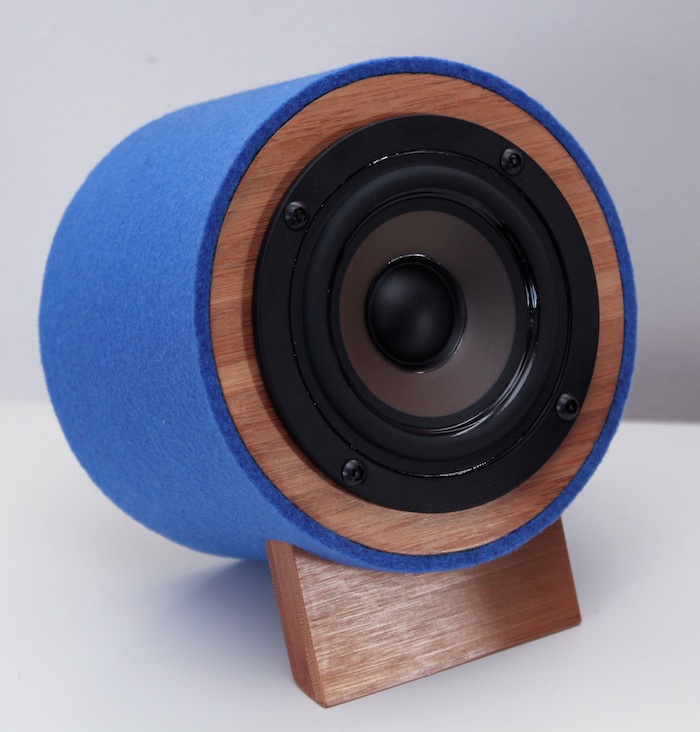 These fuzzy fellers only go down to 110 Hz. Many listeners will crave a subwoofer – either the WRS Woof 1 or 2.  Fair enough.  But to obsess over a lack of physicality or impact is to miss the point of these little desktop speakers: speed, midrange transparency and textural information is what they’re all about.  Despite The Laurels’ way with scuzzy guitar jams, Well Rounded Sound’s minis don’t lose their way with separation.  They don’t descent into murkiness or confusion.  They don’t get brittle either.  And – best of all – they don’t let the lowest frequencies crowd out the tune.  Lovers of light orchestral and female vocals won’t give a shit; these are desktop speakers that can reproduce string textures with reasonable dexterity.

My (personal) biggest beef with many desktop-bound speaker designs is a simple one:  there’s just too much bass.  A recent in-store audition of a pair of Epoz Aktimate Micros confirmed this long-held prejudice – those puppies really need to live on proper stands OR be de-coupled from the desk on which they are placed.  This is doubly true for users of those (Ikea) desks fashioned from papier-mâché and hope.  I don’t want low-frequencies shaking my keyboard as I type but equally I don’t wanna have to drop more cash on desktop speaker stands.  The Yorkies don’t present the listener with such a quandary. 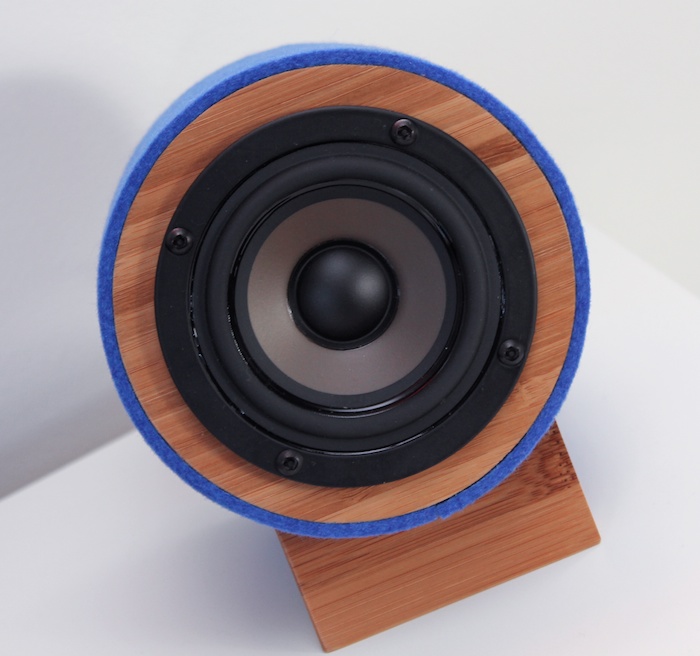 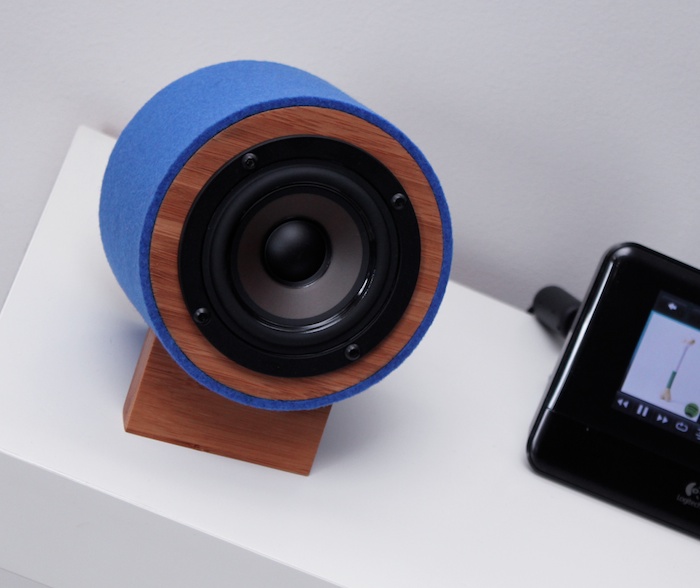 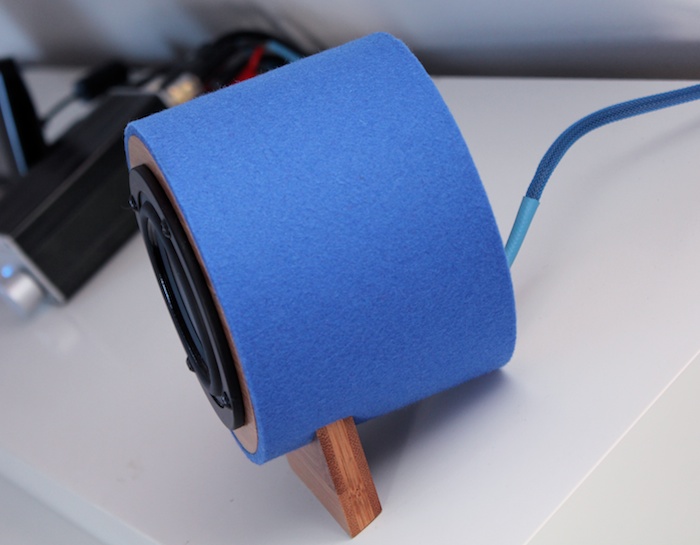 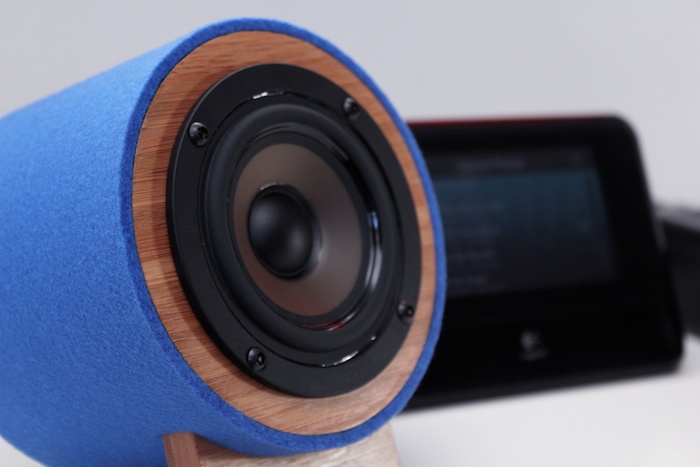 I often think of how many music-loving buddies listen to music through laptop speakers.  What are they thinking?  Are they really happy with the sound?  Can they legitimately call themselves music fans?  Yeah, I went there. It wouldn’t take much more than a pair of Yorkies and Trends TA-10.2 to lift their listening game considerably.  Heck, they could even chuck in a Pure I-20 iPod dock into the mix and still come out with change from the same money they’d need to buy a new X-Box.

More serious desk warriors might clamour for better amplification than the a Trends T-amp.  Coming up, Sir…

Born in the USA. Jerry Cmehil and Vinnie Rossi (of Red Wine Audio) are practically New York neighbours; both bring their products to life without the need for off-shore intervention.  It made intuitive sense to hook up Rossi’s (recently arrived, soon to be reviewed) Signature 15 integrated to Cmehil’s Yorkies. The numbers coalesce: the Yorkies’ maximum power handling is rated at 15 wpc and Rossi’s amplifier tops out at 15 wpc into 8 ohms.  The Yorkies are rated at a nominal 8 Ohms (and 88 db efficiency).

Do not panic.  This is not a paragraph that descends into hyperbole about how the Yorkies best my ProAc standmounts.  Of course they don’t.  No, the Yorkies’ biggest talent is in not making a mess of things on the desktop. Or an a bedroom shelf.  You already know there’s very little bass to speak of (great for your truly’s desktop needs) but – more importantly – they’re never shouty or annoying.  At the Yorkies core is an ability to relay tonal/timbral information despite the smaller scale reproduction.  They don’t go ‘boom’ and they don’t go ‘tizz’.  The RWA/WRS combination sees imaging lock players down even tighter.  Being point source transducers, imaging is utterly superb. 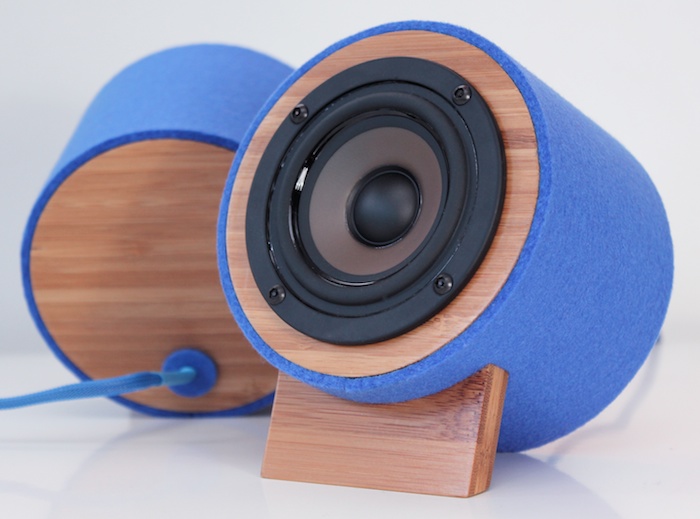 Procrastination returns. I got waylaid by Genesis’ magnificent Lamb Lies Down On Broadway.  Digging this 90minute opus led to yet more sitting and listening (and not shouting about what I’d found).  There’s oodles of midrange detail up for grabs and – as I moved away from the desk space towards the couch – I discovered off-axis projection was also excellent.

The WRS Yorkies sound great with the aforementioned Trends miniature integrated (former DAR-KO award winner). Ditto the Miniwatt N3. The Red Wine Audio integrated lifts the Yorkie game several notches again; it puts them on a tighter leash.  With the latter I heard more musical information (aka detail trawl) as well a better sense of musical immersion and refinement.  Doubling up on emphasis: the Signature 15 integrated brings MUCH more refinement.  Only the most hard-faced listener would be unhappy with any of these three pairings at his workstation.

No matter what the price point, when you can forget about the equipment you can relax into the music and the fun returns.  Even Well-Rounded Sound’s most basic loudspeaker model vaults this hurdle.  What a hoot! 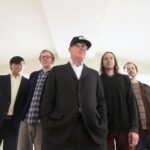 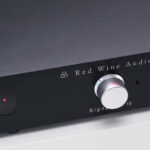