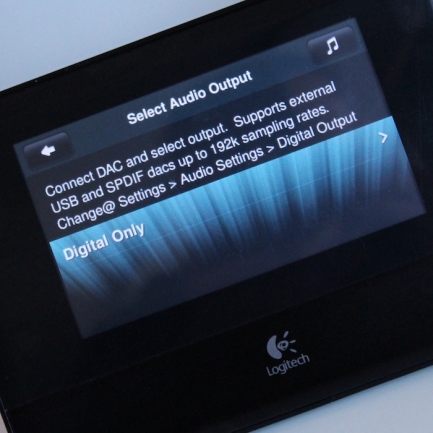 These past few weeks I’ve been flirting with the Enhanced Digital Output (EDO) applet for the Squeezebox Touch. This app is the industrious work of Slim Devices senior member triode. It adds two key features to the SBT:

1. The ability to connect asynchronous USB DACs (WITHOUT hearing clicks & pops)
2. 176.4KHz and 192KHz playback via S/PDIF and USB

Installation:
3. On your SBT go to Apps Gallery > 3rd Party Apps
4. Deselect the “Recommended applets only” option – you should then see a longer list of apps
5. Select “Enhanced Digital Output”
6. Your SBT will then download the app, reboot, then download a new custom Linux kernel and then reboot again
7. On your SBT go to Settings > Audio Settings > Digital Output. You should see a list of possible output devices – this should include “Digital Output” (coaxial, toslink) as well as your USB Dac (if it is plugged in AND recognised by the SBT)
8. Select the appropriate output
9. The SBT will reboot again
10. Music should then flow through the previously selected output. More advanced settings can be found at Settings > Advanced > Digital Output
Here’s the installation procedure in pictures: 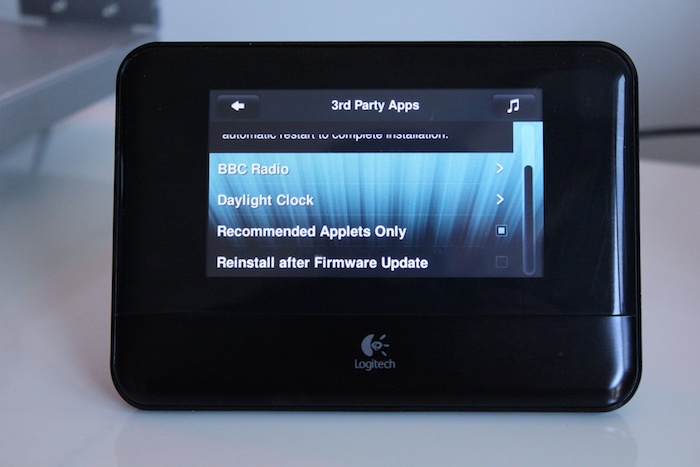 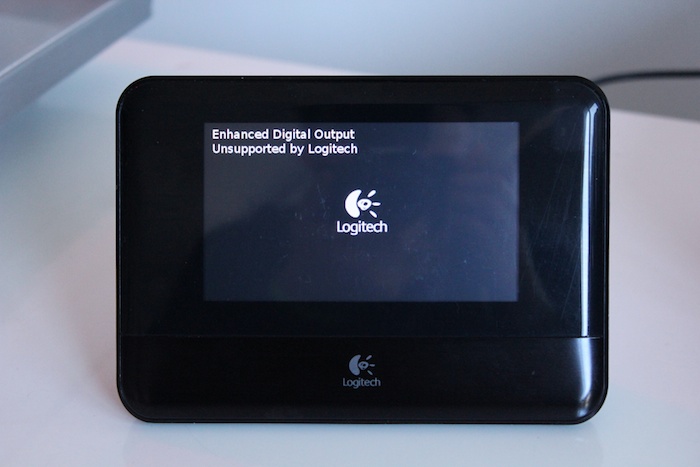 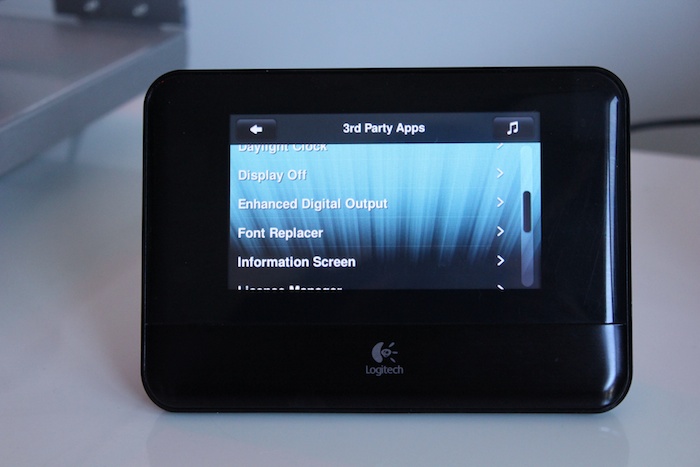 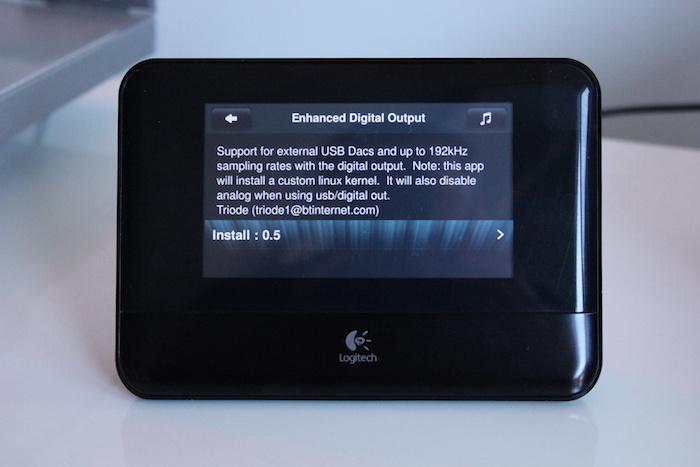 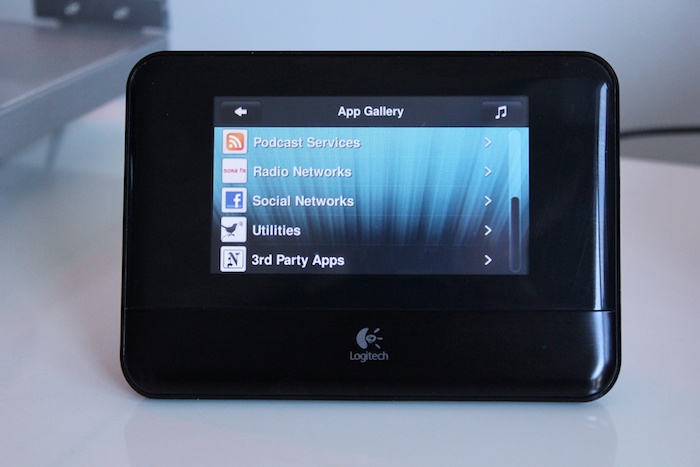 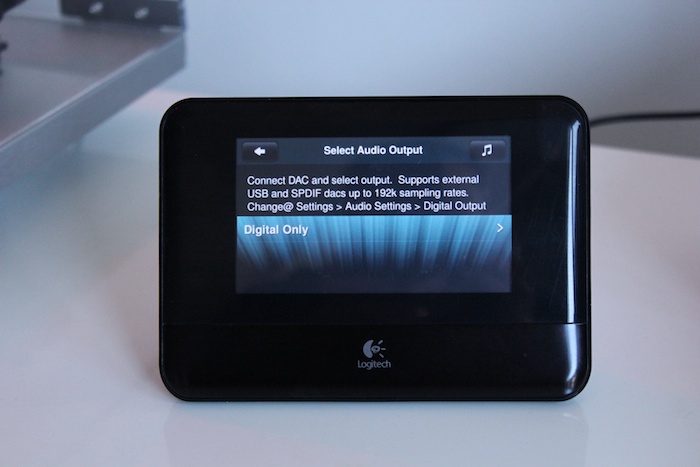 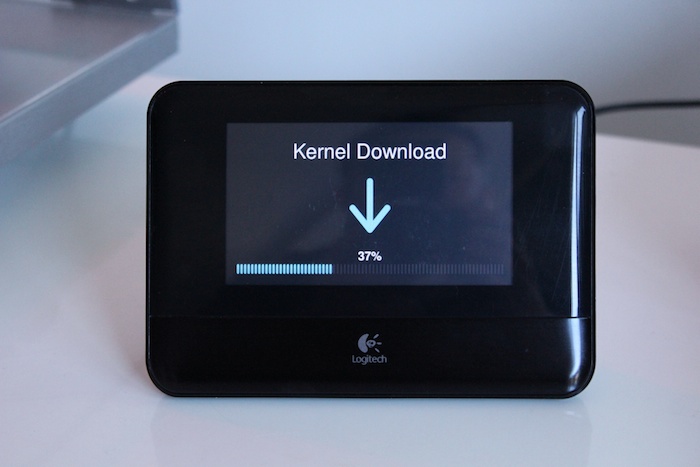 Prior to Enhanced Digital Audio app, the Squeezebox Touch tops out at 24/96. Once this new app is installed, both 176.4 and 192 sample rates are possible. Also manageable (from a reboot and a few clicks) is digital output via the USB port – great news for USB DAC owners. USB Audio Class 1.0 Asynchronous DACs will require an intervening USB hub OR the app’s inbuilt (software) band-aid – either/or should prevent the pops and clicks caused by limitations in the Touch’s hardware when presented with some async USB receiver chips. The software fix restricts audio to 44.1/48 sample rates – no biggie if you’re a staunch Redbook fan. If you’re hooked on hi-res, best get a powered USB hub.

Way back in 2010, I had Red Wine Audio’s Isabellina and db Audio Labs Tranquility SE – both adaptive – taking digital audio FROM the SBT’s USB port without a single issue. The Audio-gd Digital Interface’s USB implementation proved (again) that adaptive USB should run without any hitches. However, despite the USB receiver chip (a Tenor TE7022) being capable of handling up to 24/96, the EDO applet held output sample rates back to 16/44 and 16/48. Odd.

An HRT Streamer Pro presented itself as a “Full” (not “High”) speed device. triode’s success here is that this async USB DAC works at all, albeit only for 44.1/48. It too required the in-built software fix to circumvent pops/clicks brought on by its async USB nature. Not so CEntrance’s DACMiniPX – it allows for up to 24/96 via its (adaptive) USB without issue.

USB audio class 2.0 seems to be a more complex matter. The XMOS-charged PSAudio PerfectWave DACII worked flawlessly via USB, but the rival Tenor Audio TE8802 that sits inside Audio-gd’s Reference 10.2 refused to be recognised. This chimes will Kingwa’s recent email that the new Tenor chip isn’t Linux compatible. Remember: the Squeezebox Touch’s OS is a custom Linux install. Whist we’re talking operating systems, the EDO is NOT compatible with the Squeezebox Classic or Duet (as neither run Linux). 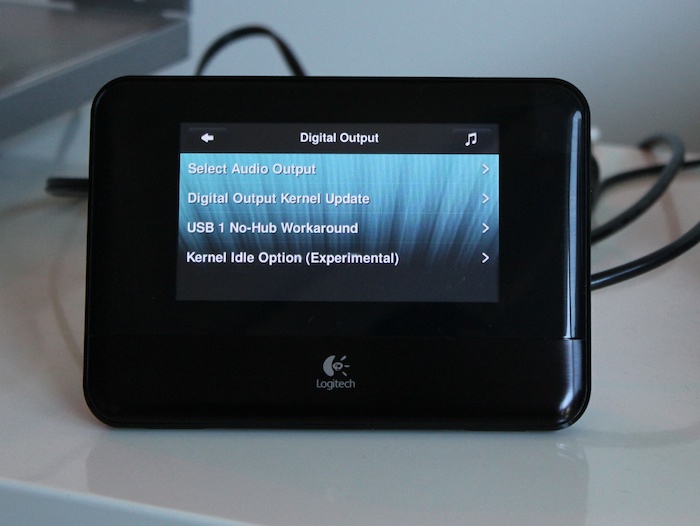 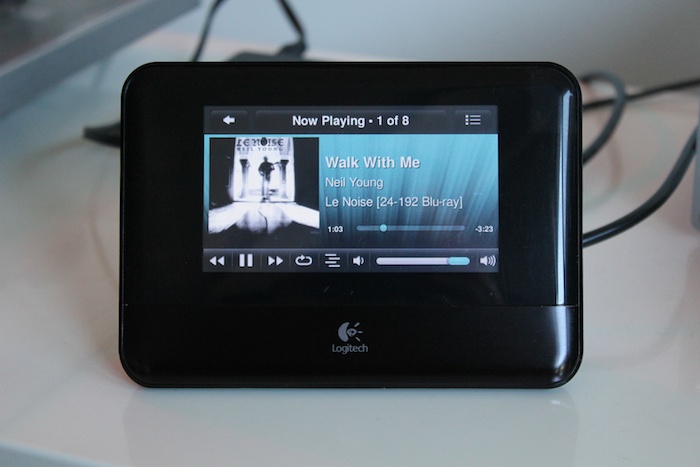 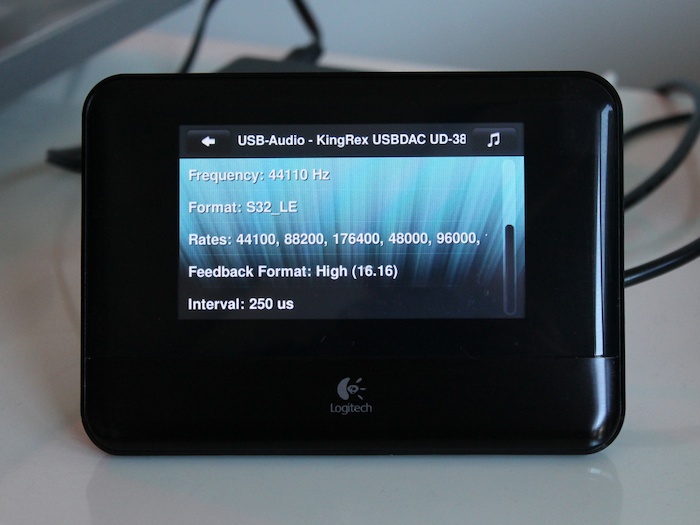 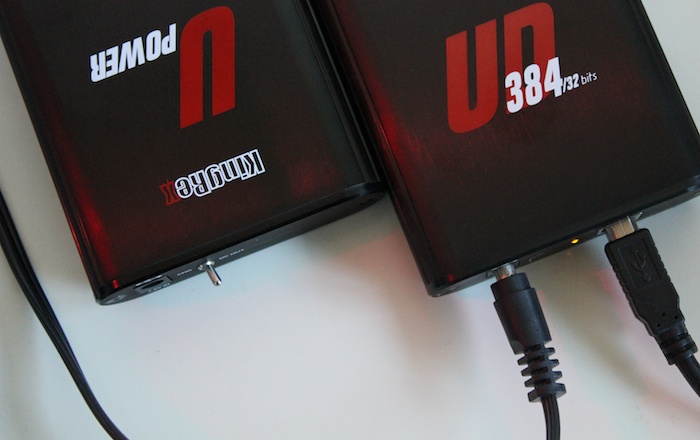 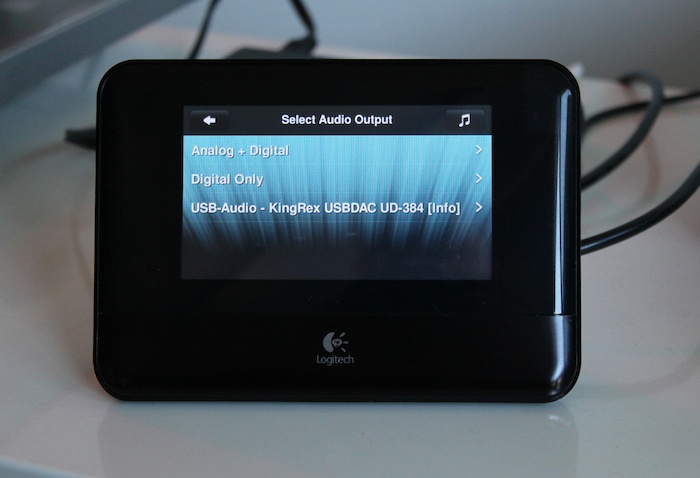 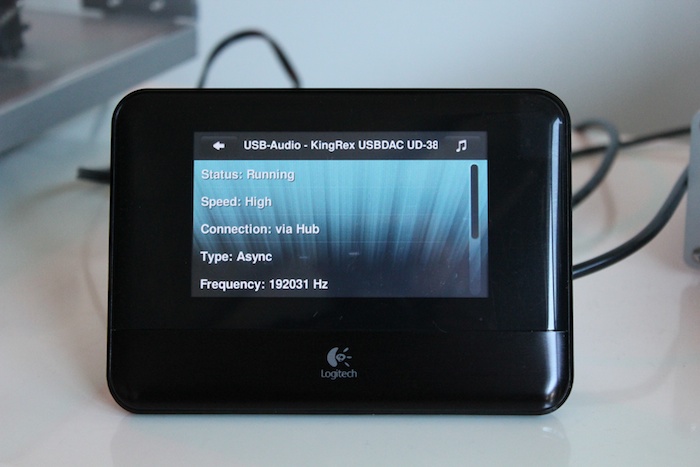 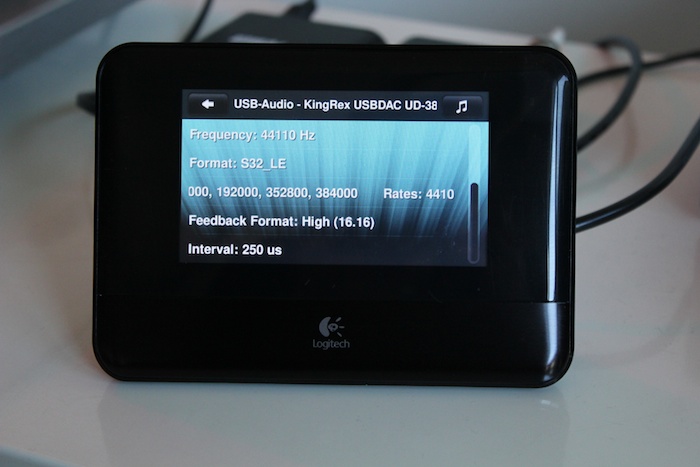 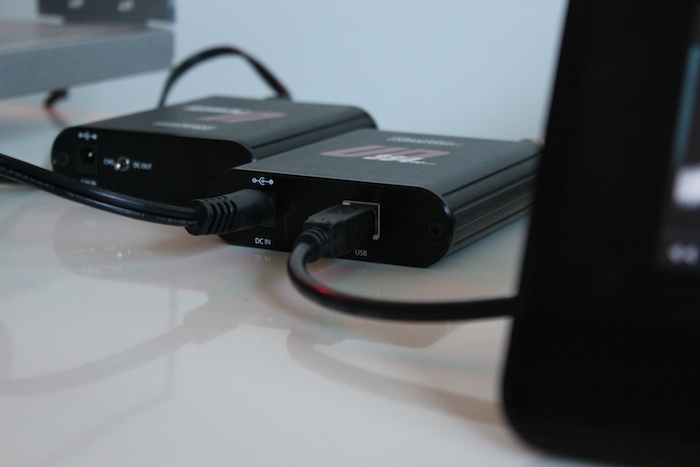 The KingRex UD384 is both USB-S/DDIF convertor and USB Audio Class 2.0 DAC. Hooked into the USB port, there was no love from the latter (silence) but it functioned fine and dandy as USB DAC, all the way up to 24/192. The EDO app even reported its higher bitrate potential of up to 384KHz. No USB hub was used to power the UD384 – instead the accompanying KingRex UPower battery pack was deployed. As seen in the photos above, the KingRex device shows itself as a “high” speed device. Running through a 24/192 (BluRay) rip of Neil Young’s Le Noise and the ink-y black background of the KingRex pairing really shines through. Or rather, background hash is entirely absent.

Where the EDO’s potential could be tapped best is with USB to S/PDIF conversion. The JKSPDIF is immediately ruled out due to an absence of Linux drivers. (Remember: the Squeezebox Touch’s software is a customised version of Linux). M2Tech’s newer Hiface V2 runs driverless (and is USB Audio 2.0 compliant) so – in theory – it should present no issues. What about the Audiophilleo2? For this user it seemed to top out at 44.1 without a hub. Not even an Aldi battery pack could change the EDO’s mind about it being only “Full” speed. This needs to be investigated further (as time permits) as such USB clockers have the potential to match Empirical Audio’s Synchro-Mesh for Squeezebox party tricks AND bring bit-perfect hi-res support to boot.

How does the app sound over and above a non-enhanced SBT? triode makes no claims of improvements. Maybe I heard hints of performance lift: a smidgen more jump-factor here, better micro-dynamics there, a waft of increased detail. Or did I? Was it just psycho-acoustic? After all, this was a delta that amounted to less than switching between different USB-SPDIF convertors, definitely a smaller difference than switching DACs. Still, not bad for a free upgrade. Nice work young triode.

UPADTE:  The Audiophilleo2 is now confirmed as capable of handling all the way up to 24/192 via an EDO-d Squeezebox Touch. 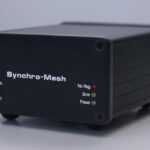 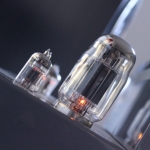