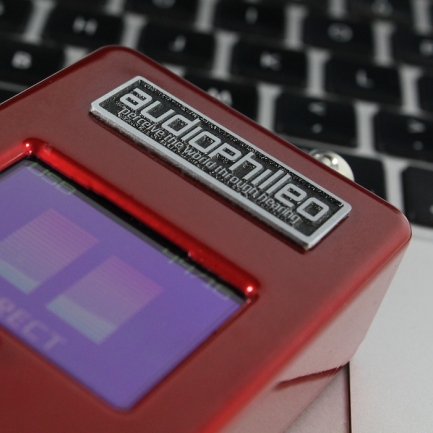 March 2012.  I currently use a 2010 MacMini as music server and digital transport.  This decision was borne out of necessity more than emphatic choice.  Previously, the MacMini served up the tunes to a Squeezebox Touch transport.  What made me switch?  The JKSPDIF MK2 did.  Then, later, the Audiophilleo twins.  All of these devices require a USB input…the Squeezeboxen were retired and the MacMini became music server and music player.

Allow me to expand a little.  Digital audio isn’t simply about transferring ones and zeroes from one box to another, it’s a complex game of technical chess: minimising jitter and power supply interference.  As a digital transport the solo Squeezebox Touch is good…but not great.  I once heard Jimi Hendrix’s “Little Wing” via an Audio-gd CD-7 transport and then again (immediately after) via a SBT.  Both fed the same DAC via a coaxial connection.  The Audio-gd disc spinner roundly spanked the Logitech box for verve and all-round engagement.  No double blind was required – it was obvious to all present.  Some ofthe new-fangled USB-S/PDIF converters pull similar rabbits from the same hat.  That is, the Audiophilleo (AU$599/AU$948) and JKSPDIF MK3 (~AU$400) are probably on par with the Audio-gd CD-7 player. 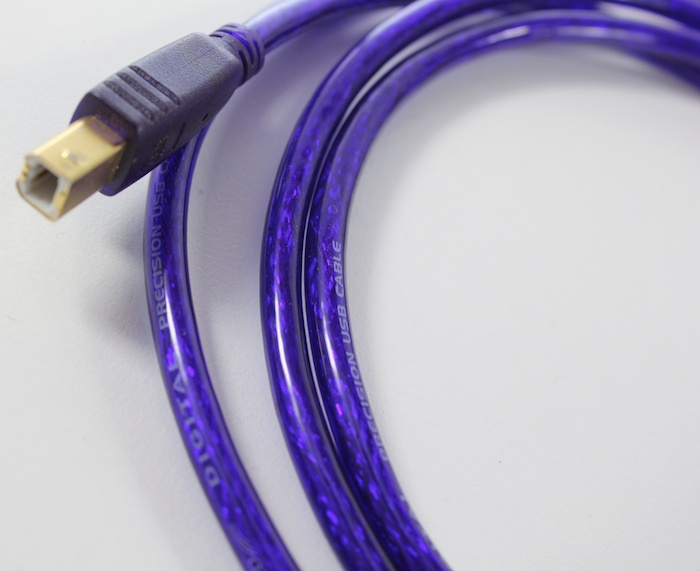 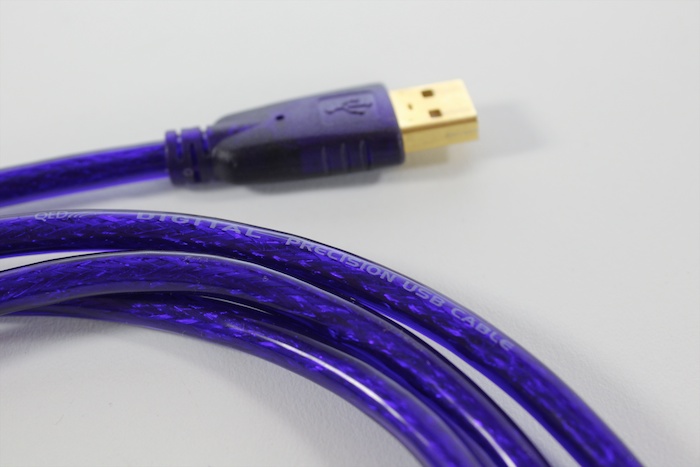 How does the Audiophilleo compare to the JKSPDIF?  I get asked this question a lot.  I’ve tried them both with a wide array of budget DACs over many, many months.  There really isn’t that much to separate them sonically.  I could happily live with either (in the long-term) but I distinctly preferred the JKSPDIF with the Metrum Octave – it seemed to bring out more elasticity and tame some of the glassiness.  The Audiophilleo requires no digital coax cable = win!  Talking of cables, regular readers will know that I’m reluctant to pass comment on them.  Any of them.  However, I will tell you what works well for me:  with my Audio-gd DI and JKSPDIF I use those made by Chris Sommovigo’s Black Cat Cable Co.  He’s just sent me his new Silverstar digital coaxial cable.  This is the cable that’s set to supercede the Veloce – which has been the goto budget-ish (US$123) wire for many digital audiophiles in recent years.  In my second system, I deploy cheap-and-cheerful coax cables from Blue Jean.  If you’re a cable non-believer, you can’t beat Blue Jean for price and construction quality. 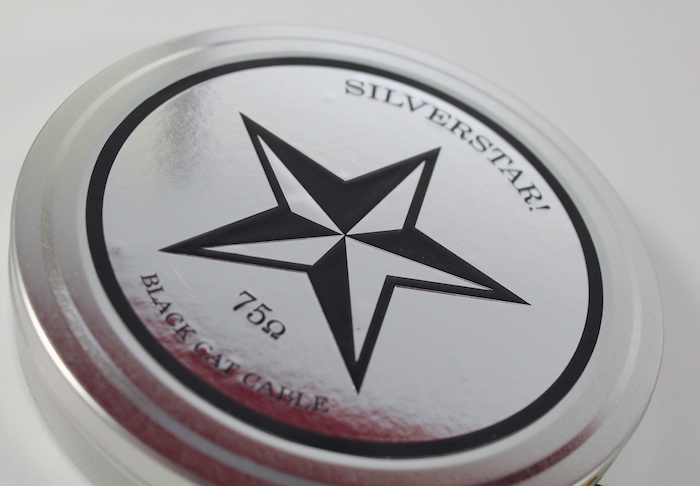 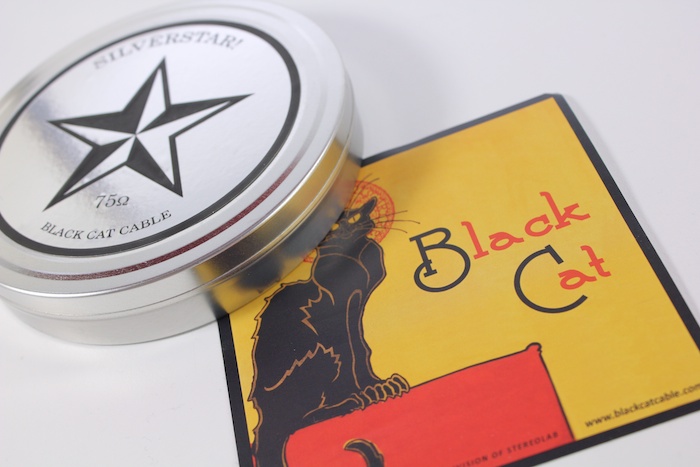 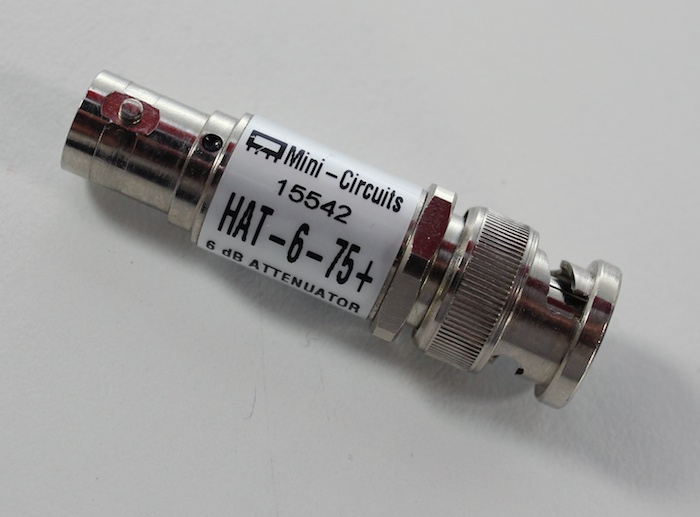 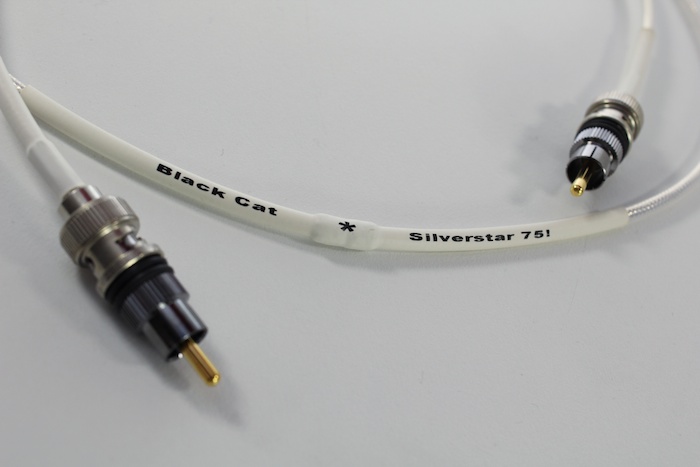 USB cables? I’m reasonably confident they make a small difference in the context of the DACs that I commonly use (Rega, Audio-gd, PSAudio),  A $500 USB cable certainly isn’t price appropriate for $500 decoders.  Like many audiophiles, I opt for something that is just above base-level.  Something that eliminates doubt more than it supposedly enhances sound quality.  If we can’t afford [or justify] the ‘best’, we want to know we don’t have the worst.  To this end, I use a QED Profile USB cable (AU$50).

Last week a buddy and I sat down to compare four different DACs.  Whilst I won’t divulge the conclusions here (this piece is about transports, remember?), we both agreed that the Audiophilleo seemed to overcook the upper-mids on a couple of decoding boxes.  This wrinkle was ironed flat with a digital attenuator.  The JKSPDIF MK3 seems to be kinder/gentler overall.  Perhaps it’s the battery technology?  Phillipe Gruebel (head honcho at Audiophilleo) is on the cusp of formally announcing a battery power unit for his devices.  If you can’t wait, I achieved some good results with the KingRex UPower.  Again, the improvements are small…but I know they’re worth it for anyone trying to juice the very last drops of goodness from their system. 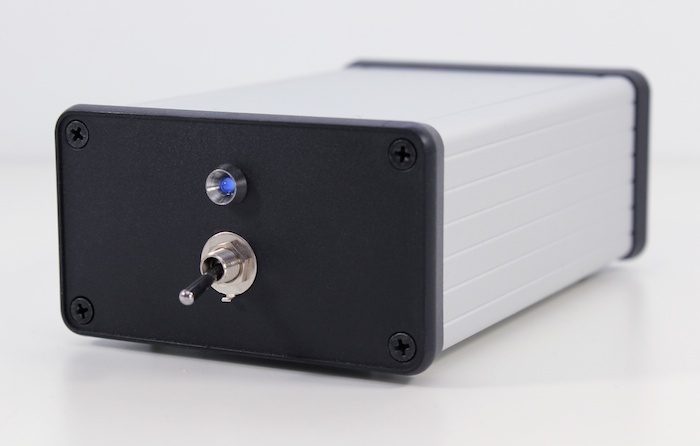 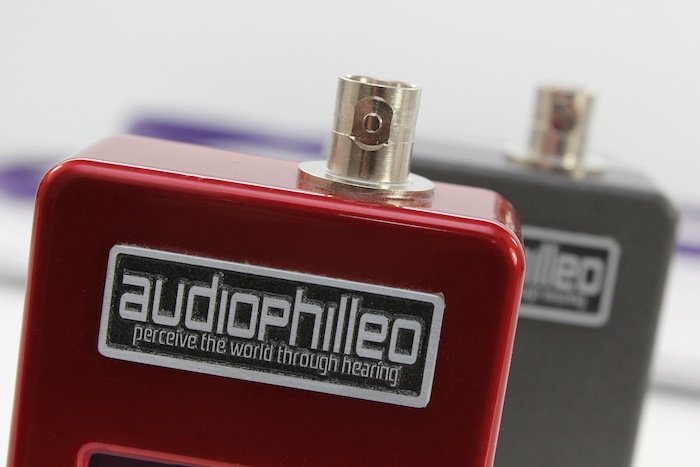 The Hiface’s internal buffering means the JKSPDIF is not so great for YouTube or web video – the image and sound will run out of sync – but it offers better immunity to sonic glitches heard via the Audiophilleo during CPU spikes and music library (hard-drive) scans. Whilst we’re talking M2Tech, know that the stock M2Tech Hiface didn’t do much for me.  Neither did the Musical Fidelity V-Link (version one). The V-Link contains only one oscillator (48KHz) leaving the Redbook clock to be synthesised within.  I know others have reported more positive results from these devices, so I guess it’s best to suck it and see for yourself.

Many, many digital audiophile (with more disposable cash than I!?) seem to be talking about Empirical Audio’s Off-Ramp.  I’ve not heard it but by all accounts it’s very, VERY good – a considerable step up from both the Audiophilleo and JKSPDIF – and without wanting to sound overly bolshy, so it darn well should!  The base model sells for US$1300 and the fully-tricked out version will run you US$2500.  Whilst value for money remains in the eye of the beholder, it’s worth mentioning – as TONEAudio did in their recent review – that one should at least consider putting thatlump of cash towards a better DAC?!  One that’s better at jitter/noise rejection and doesn’t require a sophisticated re-clocking unit to perform to its full potential.  I’ve not heard too many luxury (>US$2000) DAC models, but PSAudio’s PerfectWave DAC (MK1) appeared fairly indifferent to both the Audiophilleo and JKSPDIF.  It sounded superb without such appendages. 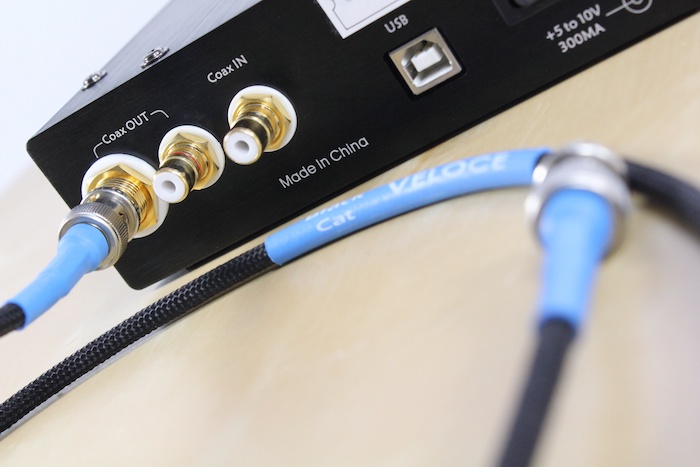 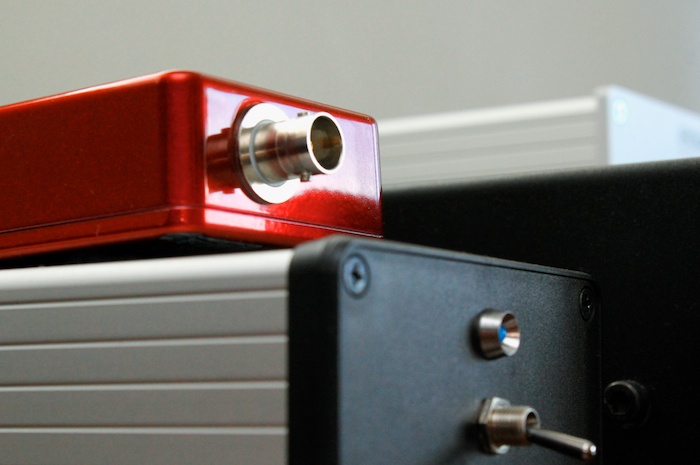 I tend to bring a similar financial logic to software players.  If you’re swimming at the budget end of the DAC pool (Amarra(US$99-500ish)!  Yes, I know it’s good.  Yes, I know it’s better than stock iTunes, but so are Channel D’s PureMusic (AU$127), Fidelia (US$20-$50) and AudirvanaPlus (US$50).  My personal preference runs with the latter of those three because a) my library’s ALL FLAC, b) iTunes doesn’t do FLAC natively and c) I’m not spending $500 on a software player.  Yes, I know about Fluke. No I don’t want to use it – it’s an ugly hack.  And no, I’m not about to transcode my entire library to ALAC.  Existing iTunes users should also consider the BitPerfect (US$5) add-on as a solid starting point for improving its stock sound.

Don’t ask me about Windows – sorry, I don’t use it.  Ask Chris Connaker over at Computer Audiophile. Apparently his CAPS v2 Windows music server sounds great. At RMAF 2011 I asked him how it compared to the same PC + Audiophilleo2 (AP2).  Alas, he’d not heard Gruebel’s magic box.  The Connaker-assembled CAPS v2’s trump cards are the SoTM USB card and power noise filter…but it’s relatively expensive (US$1500).  One could snag a MacMini + AP2 or a Mach2 Music Server for that kind of money.  Alternatively, one could grab a Linux-based solution from the guys at Auraliti (which also uses that SoTM USB card) for around one third of the cost.  If you already have a Windows machine up and running with Foobar or JRiver, forum chatter is mostly emphatic that JPlay is even better! 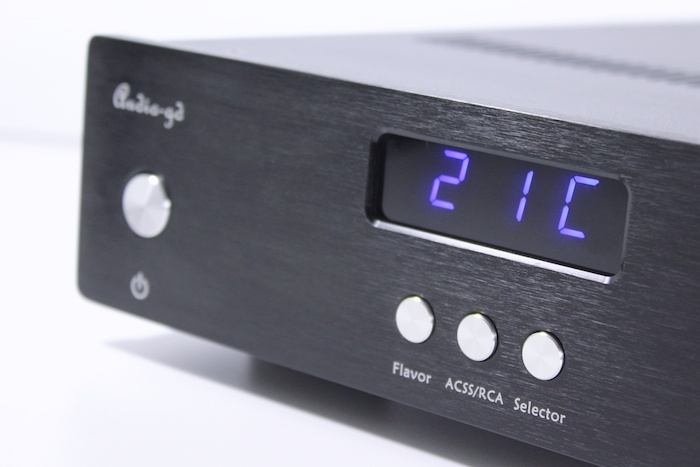 All this computer/USB focus does my head in though.  In my ideal world, I’d use a Squeezebox Touch as transport.  Its interface is superb and I can control it from a web-browser on my MacBook Air (which means no more VNC to control Audirvana).  The underlying Squeezebox server software is just wonderful: gapless everything, daily library scans, internet radio etc.  There are also some great iOS remote control apps in Squeezepad and iPeng.  BUT…I don’t use my Squeezebox because it sounds weak, thin and un-involving when compared directly to the JKSPDIF MK3.  Sigh.  As good as it is, cleaning up the SBT’s jitter with an Audio-gd Digital Interface isn’t quite as emotionally engaging as a MacMini pushing a JKSPDIF.  There’s not much in it, but John Kenny’s solution has the edge.  If you’re emphatically dead set on using a Squeezebox, the Audio-gd DI is pretty-much darn essential.  The Audio-gd reclocking unit is currently the Squeezebox/Sonos set’s only choice; Firestone Audio no longer manufacturer their similarly excellent S/PDIF DDC, the Bravo.

My dream product right now would be a S/PDIF-S/PDIF re-clocker as neat-and-tidy-sounding as the aforementioned USB troop leaders.  Steve Nugent of Empirical Audio might just have the answer.  Nugent has recently announced a S/PDIF DDC that he’s named the Synchro-Mesh.  It’s expected to sell for around US$500 and sits between your SBT (or Sonos) and your DAC.  I shall be taking it for a spin in the next month or so.  Fingers crossed that it delivers.If you find yourself alarmed/surprised/indifferent to my findings – or that I haven’t mentioned your favourite device – don’t be.  Relax.  It’s just hi-fi. 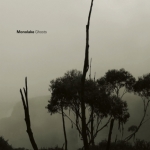 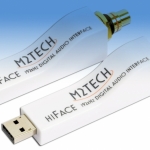