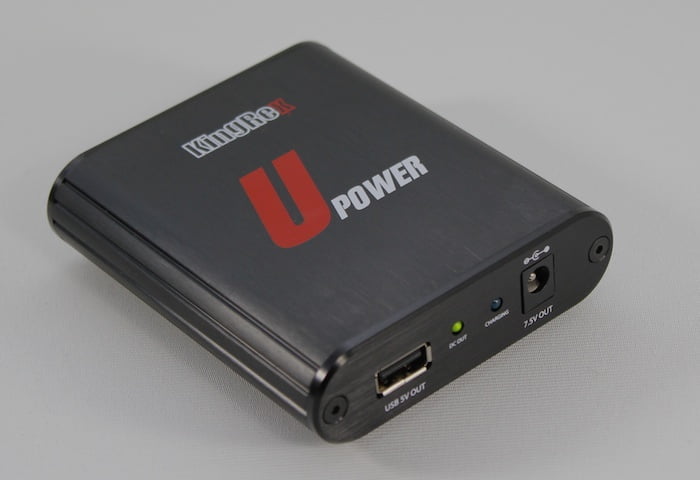 January 2012.  Christine Wu of the Taiwanese KingRex Tech offered up review units of the UD384 convertor (US$479) as well as its (optional) battery PSU, the KingRex UPower (US$189).  Freeing the USB DAC from its potentially noisy USB bus power feed had me on the review assignment hook.

Armchair audiophiles will find themselves immediately muted by this DAC.  At its core is an undisclosed chip that operates as both USB transceiver AND decoder; chip details have been scrubbed from the internals.  Such obfuscation is becoming increasingly common practice.  To name three other manufacturers who roll likewise:  NuForce, Red Wine Audio and Metrum don’t like talking ’bout what’s inside their decoding recipes.  They’re keen to steer the listener towards – err – listening (and to leave their prejudicial shoes at the door).

KingRex have cracked extra pepper into their DAC’s mixing bowl: a single asynchronous USB input, one set of analogue outputs – so far, so ordinary – but then there’s a digital output (coaxial) so that the UD384 can double-up as a USB-S/PDIF convertor.  Two flavours, one dish.

During my first listening session with the UD384 (in DAC mode) a gremlin also turned up for dinner: 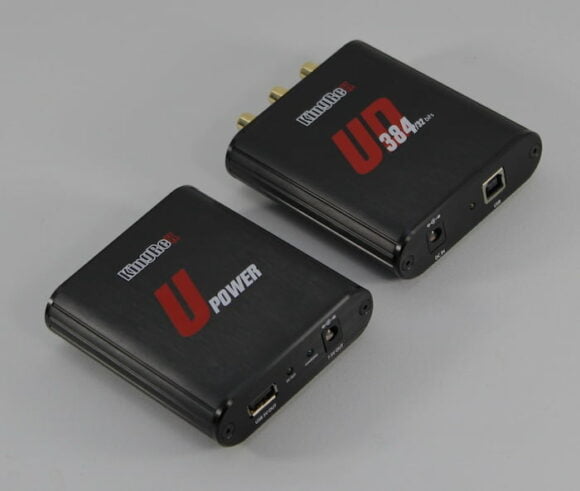 “Hey Christine – a quick run with the UD384 this morning and I hear intermittent/occasional (small, singular) ‘clicks’ during playback.  I hear the same using either the UPower or wall-wart into the UD384.  A variety of software players also produce the same result.” Oh Ms. Wu – what shall I do?  During a quick attempt at remote debugging, KingRex’s promptitude with communication was exemplary.

“Finally, we discovered one possible issue. The main USB chip on your MacMini’s motherboard might be the NEC chip. Our R&D team are now redesigning the driver to enable support for this NEC USB chip. The beta of the driver is still under testing but we will provide it to you soon.” Knowing it’s better to be safe than sorry, Christine Wu would have a new UD384 shipped to me within a couple of weeks.

My UD384 coverage had landed on ice.  Whilst the cat was away…attention turned to the now partner-less UPower. 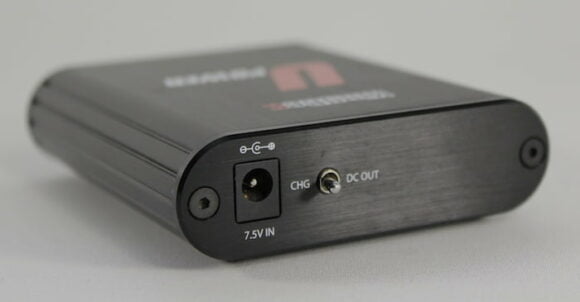 Built around twin rechargeable 3.7V Sanyo Li-ion batteries, the UPower unit is designed to feed the UD384 with 7.5V DC / 2600 mA via a 2.5mm jack.  Those seven and half volts can be used to power other 7.5V-specc’d devices.  However, the UPower’s killer ingredient is a dash of internal regulator special sauce so that it can feed anyUSB device with 5V DC from its A-female USB-port.I got to thinking about taking my Audiophilleo2 USB-S/PDIF convertor off the grid.  This required a little cable trickery.  The Audiophilleo would be fed by two separate USB cables, one with audio data ONLY and the other with battery-power ONLY.  This would require a USB Y-splitter cable – US$5 from eBay – to hook everything up.  This splitter should be an “A female” split to 2 x “A male”.  [You might also need some USB adaptor plugs – a few clams from eBay].

The trickier part is preventing the Audiophilleo from receiving (possible) RFI/EMI pollutants from the host computer.  A USB cable with the 5V feed severed was required.  I co-opted an extender cable that shipped with a wifi dongle and had a DIY-handy buddy take care of opening her up, cutting/cauterising the V+ mainline (usually – but not always – red) and then sewing her back up. 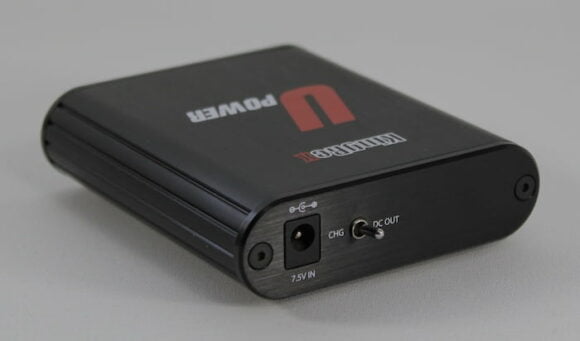 Time to hook it all up.  One end of the cauterised USB cable went into the rear of my MacMini, the other into the Y-splitter.  The second leg of the splitter was connected to the UPower.  Easy.

Appending the Kingrex battery PSU onto AP2 adds a hint of Ready Brek glow and goes deep into musical joints with a relaxing massage therapy.  Yes, it’s a coupla degrees warmer but also there’s an underscoring of elasticity and more squidginess to the twin 4-4 kick drums of Hardfloor’s techno classic “Acperience 1”.  The grey fizz background is given a scrub of charcoal and vocals get a spray of moisture.  The acoustic guitar that leads us into Destroyer’s “Suicide Demo For Kara Walker” softens its lips – there’s now more kiss than transient bite.  More significantly, the UPower-feed stretches the musical images wider and taller.  That stretching gives more room for each sound to work, breathe, live.  It subtly highlights the spaces between.  The UPower dials down the instrumental/voice congeal. 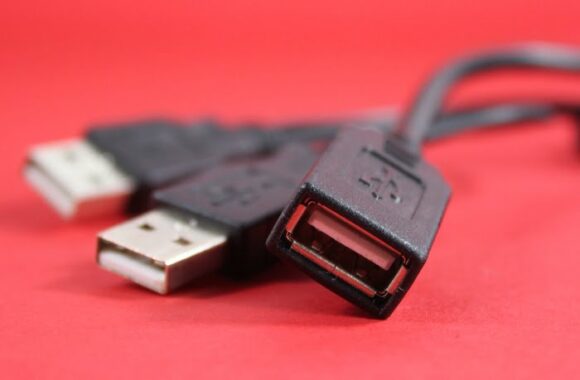 Bass definition and tonal colour density are where the Audiophilleo makes its greatest contribution, but I found such qualities over-cooked when pumped into the Metrum Octave NOS Mini.  I always favoured the JKSPDIF as the Metrum partner.  The Kingrex UPower is for those wanting to dial down some of that urgency and – in some systems – dry/etch of the Audiophilleo/Metrum combo.  Battery-power warmth and moisture also smooth-soften the grittier, earthier Rega DAC.  The blat of Destroyer’s horns is where such humidity became most noticeable.

Of course, implicit with most battery power solutions is a small niggle:  it isn’t an “always on” solution.  Batteries eventually need recharging.  When the UPower gets low on go juice, the green ‘output’ LED flashes.  Flip the toggle switch on the rear and you’ll get a blue LED whilst it’s charging.  It takes around seven hours to fully charge the battery, which then returns around twelve hours of listening.  Once fully charged the blue LED shines no more.

As is common with upper-percentile tweaks, improvements are relatively small.  Battery-fuelling the already superb Audiophilleo takes it up another couple of rungs.  The caveat that readers should suck/see for themselves predictably applies.  DIYers might find fashioning their own 5V USB feed a total snip.  This is a rechargeable pack for the rest of us whose potential extends to ANY bus-fuelled DAC.  Think HRT.  Think dbAudioLabs.  Think M2Tech. 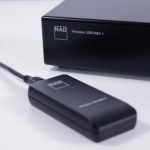 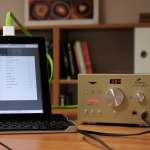