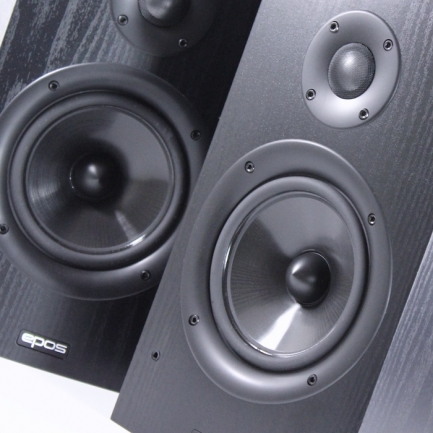 Nick Hornby’s High Fidelity.  Every music fan should read the book AND see the film.  For its translation to the big screen, the story’s heart was transplanted to Chicago where Rob Gordon (John Cusack) owns a failing record store.  Here, Barry (Jack Black) is attempting to enliven a bleak Monday morning with Katrina & The Waves “Walking On Sunshine”:

Barry: “OK, buddy, uh, I was just tryin’ to cheer us up so go ahead. Put on some old sad bastard music, see if I care.” 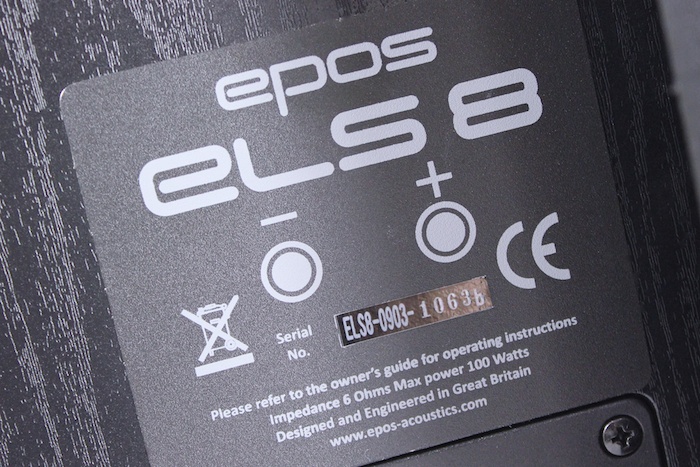 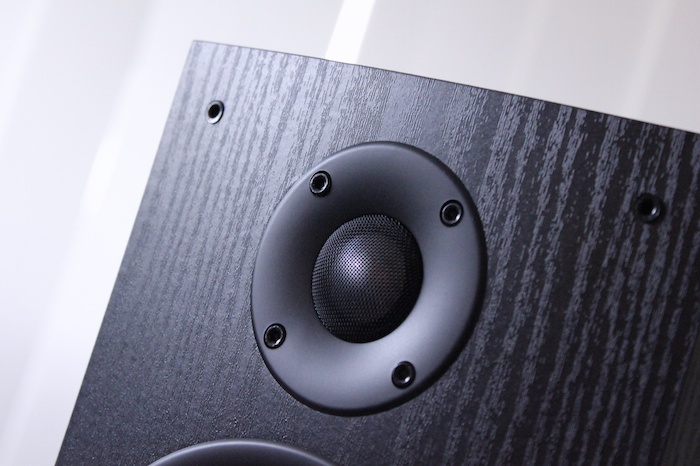 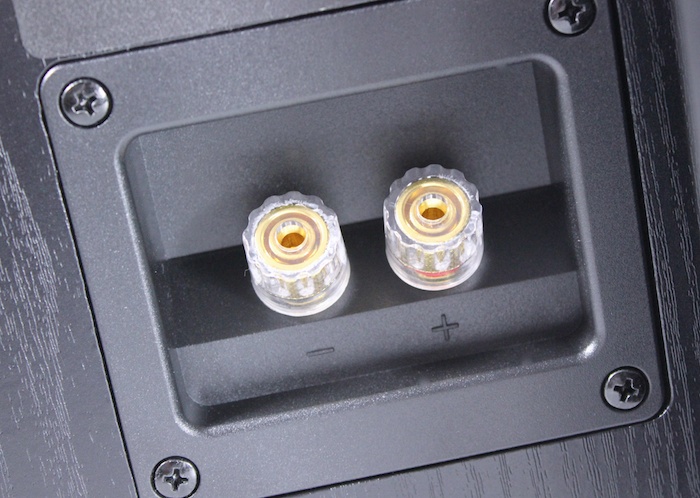 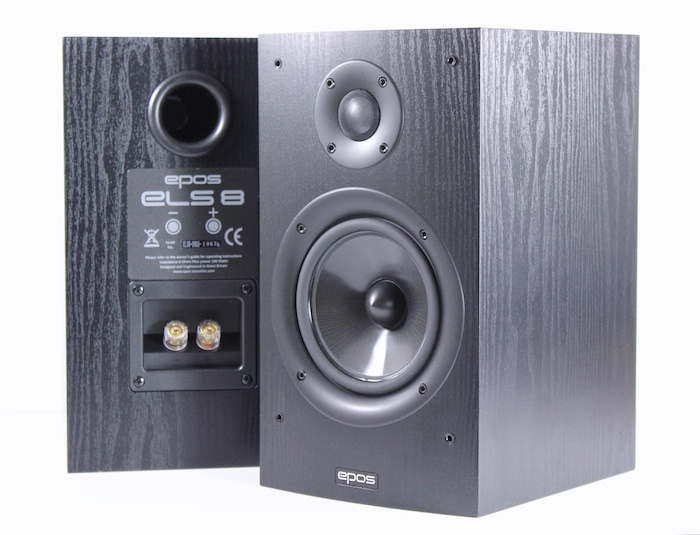 The pixels were still fresh on the Rega Brio-R review and I’d begun the search for a suitable pair of loudspeakers; compiling a killer budget system was on my mind.  I was thinking Epos M5i when a reader e-mail arrives:

“I read your budget system review (Redgum Sonofa’GUM, Usher 520, Wharfies etc) with interest recently, casually looking for a system for my brother. I thought you may be interested to know the Epos ELS-8 is on special for AU$399, down from $725. Especially given the (fairly wild-sounding) TAS review putting the ELS-8 near the Paradigm S1 AND the Spendor SA1…”

There’s a catch though.  The ELS-8 are discontinued. All ELS models were supplanted in 2011 by the Epic range but the run-out pricing on the ELS-8 was the right side of five hundred dollars.  Add to cart. 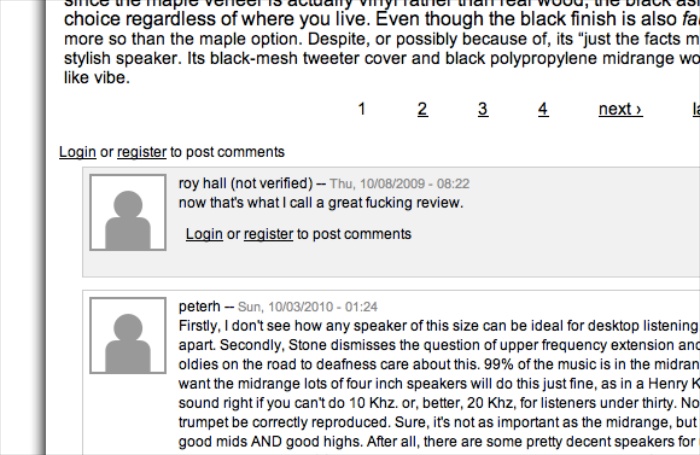 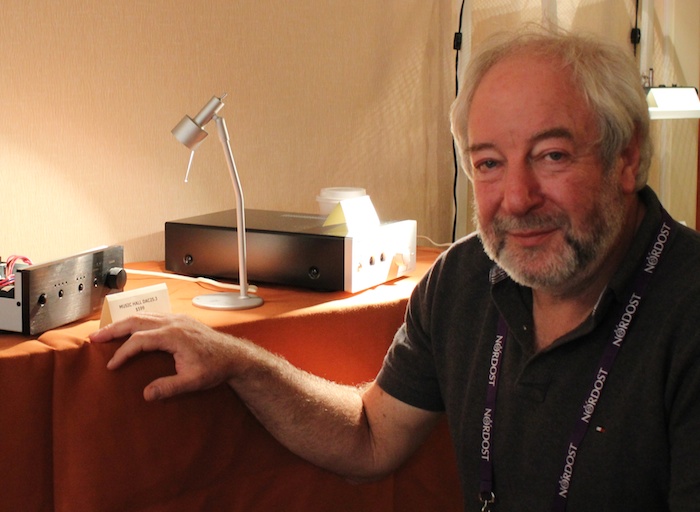 One review down and things were looking up for Epos’ ELS-8.

Tech Radar and What Hifi ensured my optimism was short-lived.  This proves that we reviewers don’t know shit from shinola, right?  Right.  Too late – I’d already checked out my cart.  What price impulsiveness?  [Oddly, Tech Radar quote the ELS-8 as having a polypropylene tweeter.  Mine and What Hifi’s are definitely fitted with a mesh-covered metal dome.]

Setup and preparation. A Rega Bio-R and an Audion EL34 were the only amplifiers used during the Epos’ turn at DAR HQ.  Cabling belongs to the price appropriate Grave Science. The ELS-8 never went near my desktop – too big.  Instead, they were placed firmly atop Atacama stands.  Run in was deceptively troublesome.  During the first week, I could hear hints of peaks and troughs….which took some time to iron out.  (Or did I become accustomed to them?  Did I really say that?  Am I really here?). 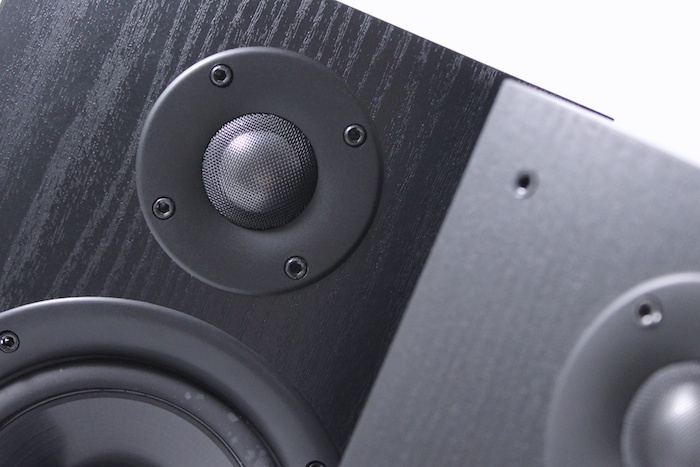 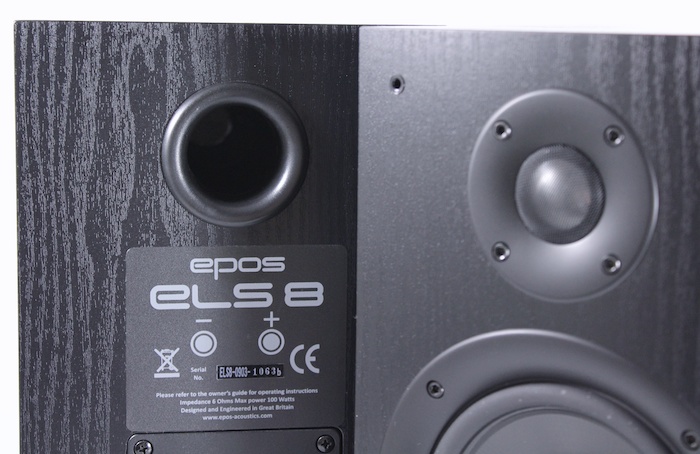 Common to many standmount loudspeakers at this price point, the midrange is the ELS-8’s best foot forward.  This translates to a sound that most audiophile linguists would call ‘open’ and ‘transparent’.  Acoustic guitar plucks and percussive flourishes are the words that leap from the book of song.  The euphonic synths of BNJMN’s debut album cut a clean, direct path to the brain.  Here are standmounts that don’t ride the cheaper roads of boom and tizz – the ELS-8 are smooth operators.Female vocals fare better that male.  The latter sometimes sounded obscured by fog.  (Or was it clouds?)  Anyway, I noted a shade of congestion in the lower-mids where things got murkier more readily as I turned up the volume on Cathal Coughlan’s doom mongering.  These shortcomings eased off slightly as more and more listening hours were piled on. 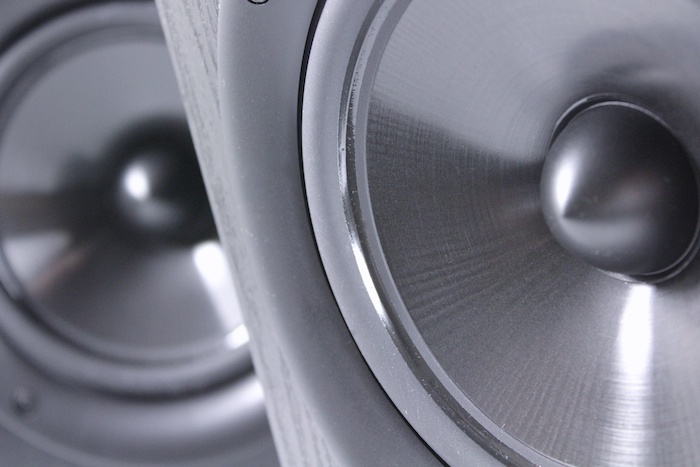 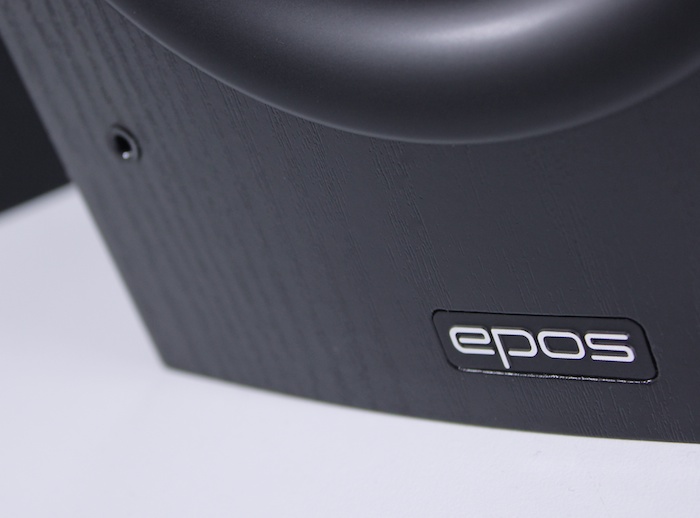 The Epos’s aloof demeanour places them on the cooler side of neutral.  Nothing draws attention to itself, which means Epos (favourably and fortunately) have made a very coherent sounding loudspeaker but their reticence renders their performance ‘distant’ with even the most rockier moments.  Micro-dynamics are anything but arresting.  Macro-shifts fare a little better…but not by much.

Take Fatima Mansion’s swansong Lost In The Former West.  It’s sealed with synthetic beats and guitar snarl aplenty to light up the night sky.  This album is – excuse the doubling up on cliches – a high octane firework show.  The Epos peel back the tight layering with Russian doll aplomb; they remain unflustered by complexities.  There are no glass shards in the upper frequencies or low-end capitulation.  Nice. 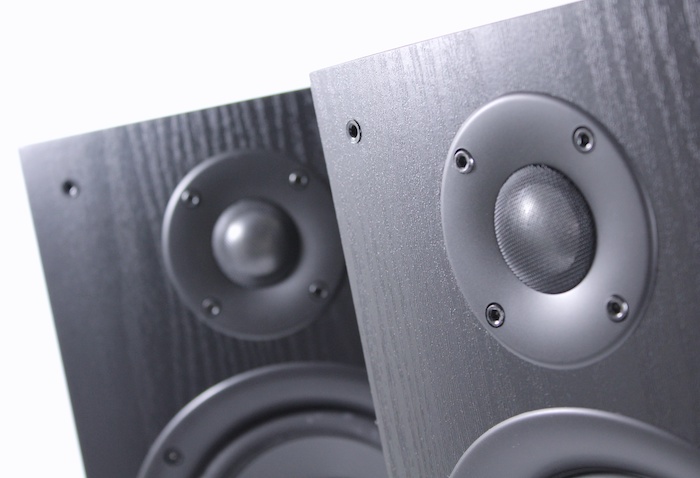 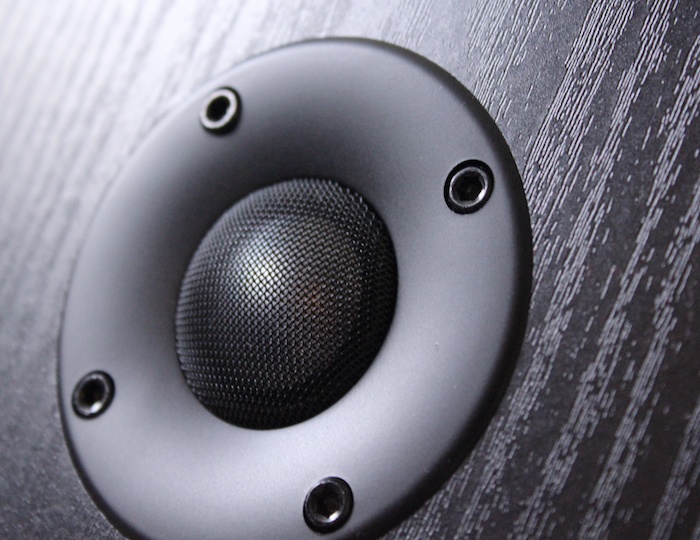 True, they don’t really let you in OR let you rock out.  They’re like (internet) pornography:  you can look but you can’t touch.  Here’s the music, but YOU can’t have it.  This action-distancing and/or lack of drama might be troublesome for some, but for others it might mean a loudspeaker that’s easy to listen to for prolonged periods.  The latter is my take.

vs. Spendor SA1 (AU$2999). Explicit or implicit – hyperbole be gone.  Let me quickly nip Steve Stone’s Spendor SA1 comparison in the bud.  These Epos standmounts might demonstrate similar self-repression – especially at first blush – but the SA1 show the ELS-8 a clean pair of heels when it comes to build quality, imaging, soundstage depth, refinement, finesse and vocal holography. 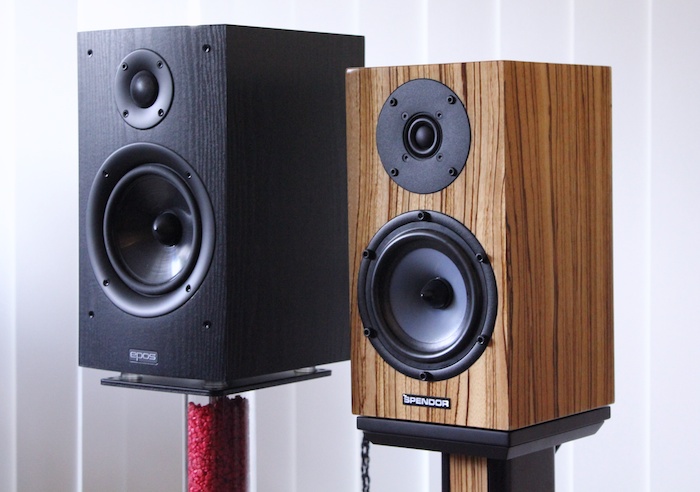 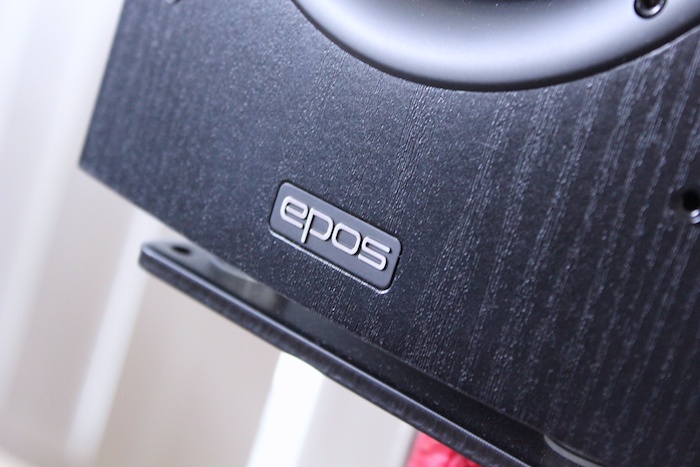 vs. Usher S-520 (~AU$400).  For just over the half the RRP dollars, I prefer the Usher S-520 for the dynamic tree-swing of heavier rock workouts – bass heft better anchors tree roots.  They man up on testosterone-d physicality.  The Epos remain neatly aloof with easier to follow bass-lines that ride ahead of weight/slam and thus best the Ushers in communicating the delicacy of simple(r) string driven things and the intimacy of young ladies with their acoustic strum-and-wail.

vs ProAc Tablette Reference 8 (~AU$2000).  Predictably, my ProAc TR8s ace the Epos across these intangibles: alertness, transparency, top-end Fanta fizz and air.  The Epos do go a little lower though.  Thankfully, there’s no mid-bass hump in this Epos’ canon.  (Nothing annoys me more than the artifice of that age-old ‘BBC’ trick).  Points to Epos for not succumbing – this allows baselines to bounce along with nimble alacrity making them altogether easier to follow. Bass overhang or lag don’t get a look in.  Good oh, old chap.

And that’s the ELS-8 all over: restraint in attack, backwards in coming forwards.  They put the horse before the cart.  The tune before its wallop.  They’re also VERY strong with spatial information, particularly soundstage width.  On two occasions I thought several sounds from Pinch & Shackleton’s debut were emanating from the street outside.  A trick that ain’t so common in the cost-shaving-corner-cutting budget arena. 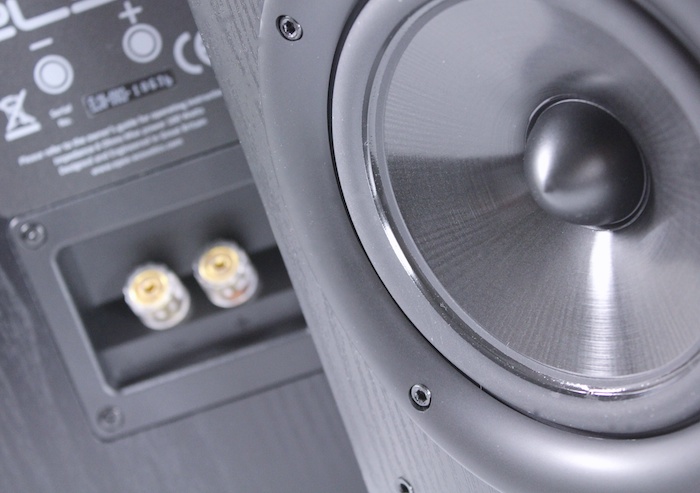 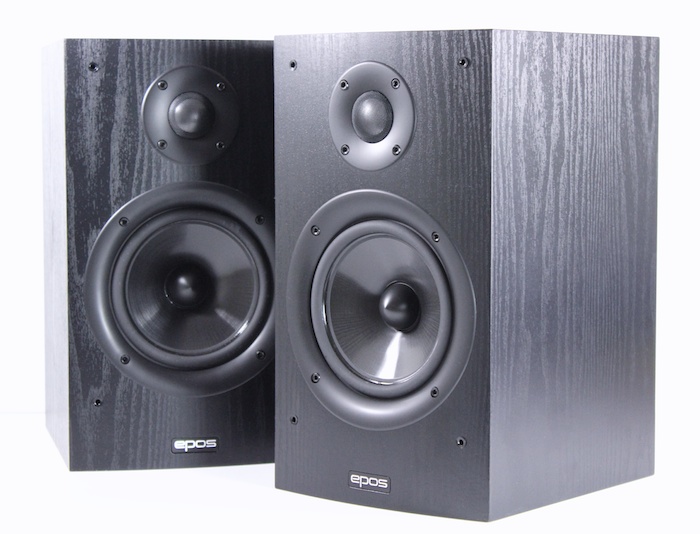 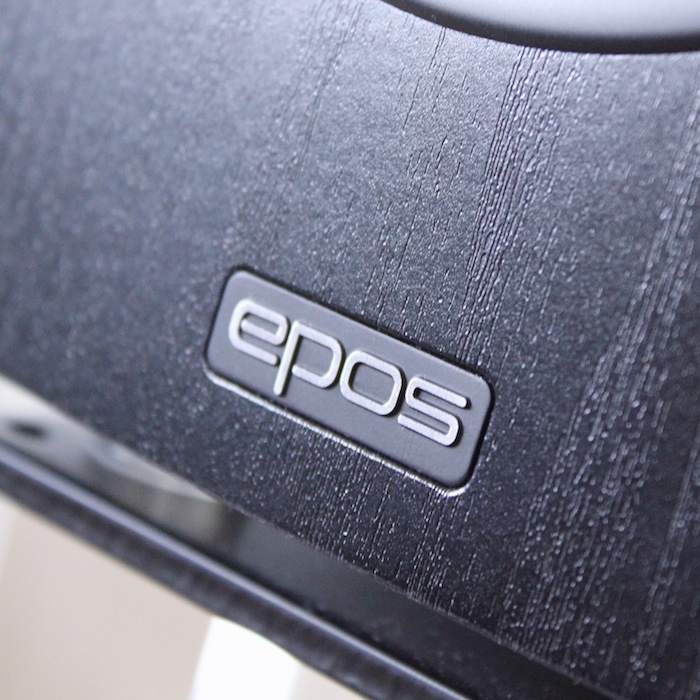 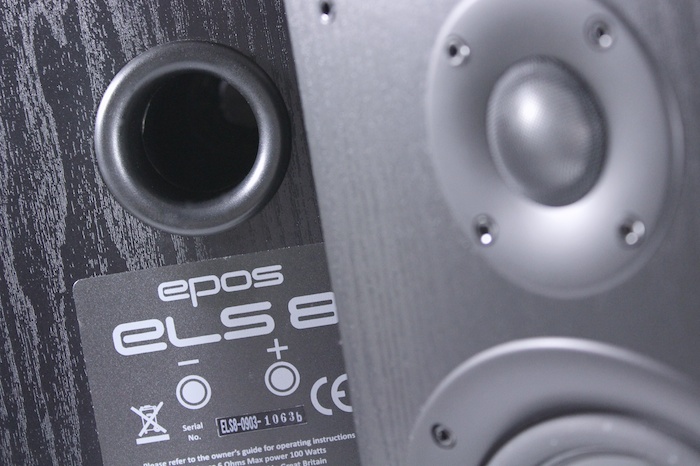 At their standard sticker of $699, the ELS-8 clash with far keener and more exhilarating competition.  At a run-out rate of four hundred bucks, they’re incredibly likeable.  The ELS-8 benefit from an injection of spice and caffeine (when amplifier matching).  More polite amplifiers need not apply…unless soporific sounds are your thing.  They mate well (as suggested) with the feisty Brio-R.  That’s probably not surprising news for more seasoned audiophiles – the Rega/Epos brand combination is a well-worn furrow.

And maybe that’s the point: a loudspeaker to partner with those etchier-trebled integrateds so often found at the cheaper end of town.  The Epos ELS-8 will polish those sharper edges. What separates these standmounts from the sub-$500 competition is they don’t try to sound exciting or showy.  They don’t try at all.  Instead, they walk in the opposite direction: easy to get on with, easy on the ear, unfussy about placement, easy to ignore.  Monday morning loudspeakers for Rob Gordon then. 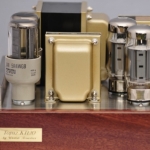 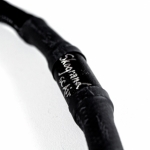