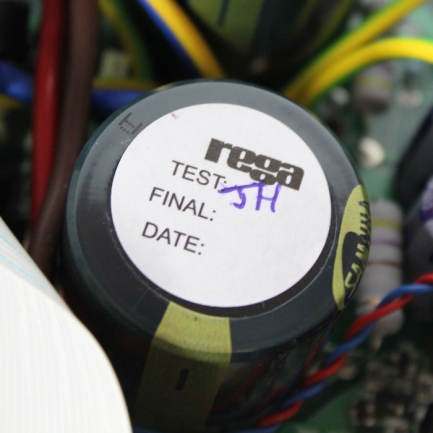 I was two glasses of Barossa Shiraz into the evening and had already begun to talk bollocks.  An audiophile buddy was over to infuse my Audio-gd DI with some clock mods (and a transparent lid).  He began pulling on my coat about what I thought of the Metrum Octave.  That’s where the word association shenanigans began:

He’d also spied the Rega Brio-R on the shelf and then asked about its accompanying DAC.  Previously reviewed here, the Rega DAC shares the same case and exterior styling and the Brio-R integrated.  Some word association tumbled again:

Readers looking for the audiolandia cliches of ‘tight bass’, ‘transparent mids’, ‘sweet highs’ and – worst of all – ‘competes with rivals 1-2x the price’ will likely be recoiling in horror right now.  (With my tongue planted in my cheek) I blame Jeff Dorgay. 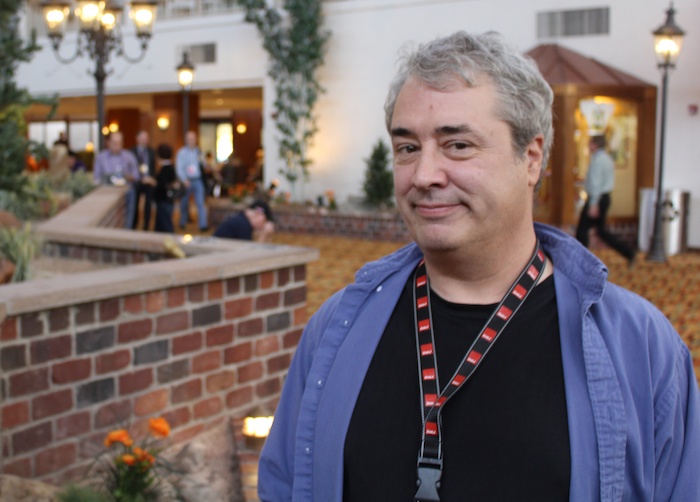 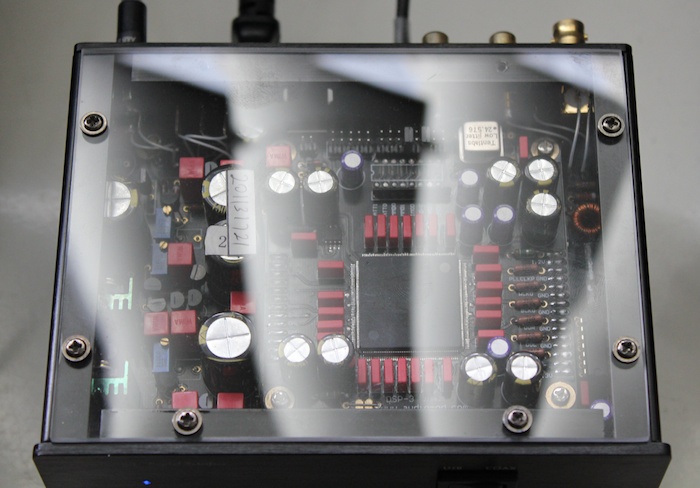 Let’s wind it back a coupla months.  October 2011, RMAF.  TONEAudio’s head honcho Jeff Dorgay and I sat over a beer at the Denver Marriot.  We discussed writing styles.  He opined that people who complain about a given reviewer’s writing style are nothing to worry about.  “They’re just not your audience”, he said.  Damn straight.

I’ll take it further.  Describing a box o’ tricks as the best you’ve ever heard is as hollow as praise can get – a fast-track to reader-buyer’s remorse.  Without contextual relativity, absolute-isms got nuthin’ going on.  The question asked by the consumer is rarely, “How good is X?”.  It’s more often, “How does X compare with Y?”.  Therefore, better to first tap the flavour of the sound on offer – and bottle it with words – BEFORE proclamations of awesomeness. Hence the reason for the aforementioned word association and other analogies to places, food and weather.  These are common tropes that anchor us ALL.

Moreover, some audio-folk wear their review-immunisation wristband with pride.  Fair enough – and good for them.  Personally, I’m far from immune to the infectiousness of a reviewer’s (tempered) enthusiasm for a product.  That’s how I ended up with the shoebox Rega Brio-R integrated in my rack.  Jeff Dorgay made me buy it.  I read his review of the same…twenty minutes later I was barking sixteen digits down the phone at my local Rega dealer. 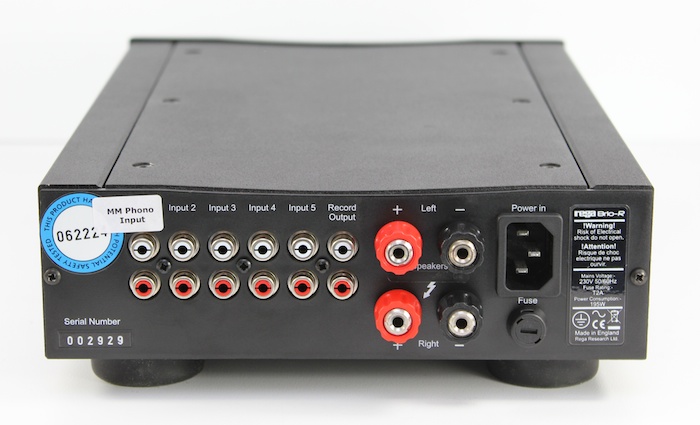 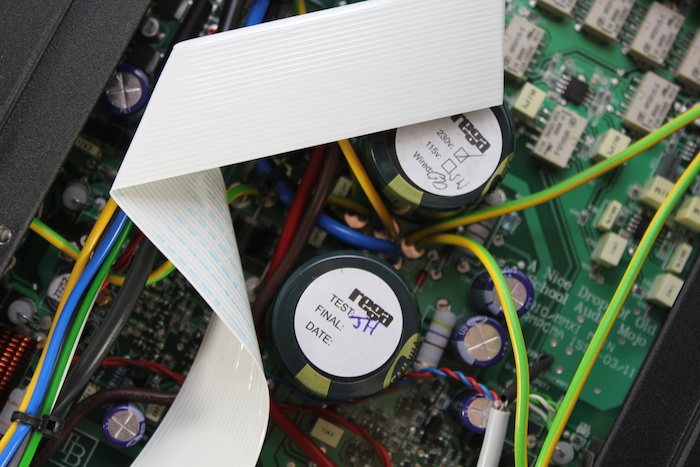 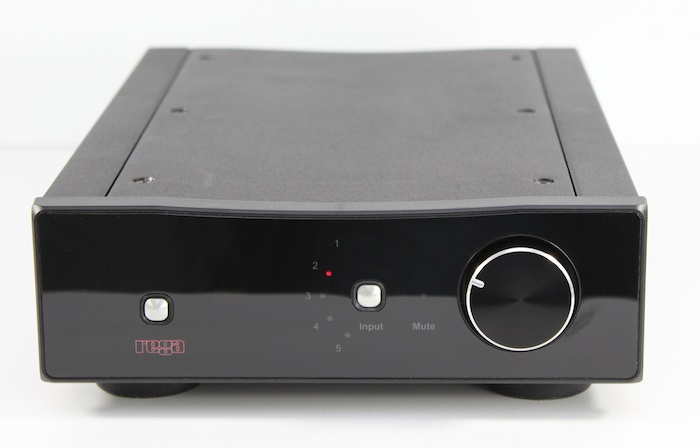 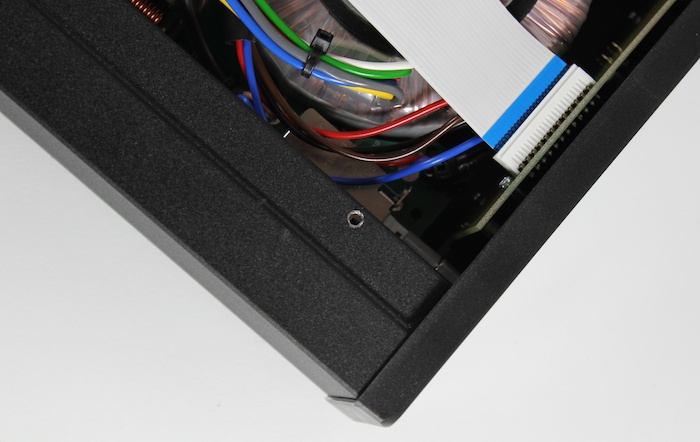 Rega’s po-faced refusal to embrace home theatre trends or China-based assembly has paid dividends in the long game.  Things move at a more contemplative pace at Rega’s home base in Southend-on-Sea.  Their DAC took its sweet time in arriving to market and this is the first update to the Brio model in over a decade:  now a half-width box that is stuffed like a Turkey by UK-production hands.  Its weight and solidity connote seriousness; this ain’t no token effort to appease the accounts department.  This ain’t no fooling around.  This ain’t no Mudd Club.  Or CBGB.  I’m no turntable dude, but how can one NOT be impressed that this fella also packs in a MM phono stage as one of its five inputs?  Digital or analogue, Rega mainman Roy Gandy has our collective backsides covered for a fiver under AU$1k.

The Brio-R visually and sonically recalls the spirit of the Naim Nait 2.  That model still sells for silly coin on eBay – sometimes close to the sticker of the Rega itself – and is widely regarded as the best of Naim’s integrateds.  Like its British torchbearer, the Brio-R is a gutsy performer.  It pushes way harder than its 50wpc (into 8 Ohms) rating suggests.  Time for some context.  At AU$1999, the Peachtree iNova is closest item to hand and – more crucially – of similar gate-way hi-fi drug vibe.  The Rega delivery is swifter and better-controlled than the Peachtree (measured as ~60wpc into 8 Ohms). 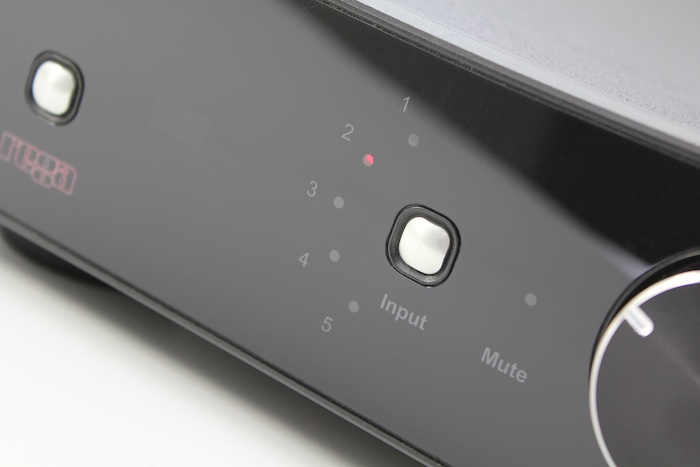 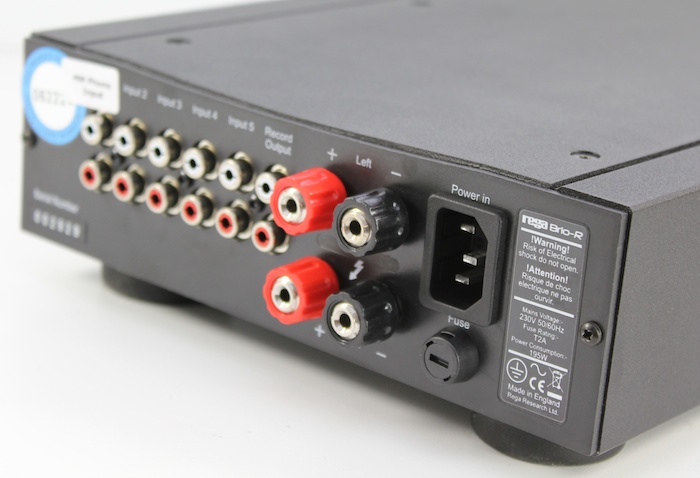 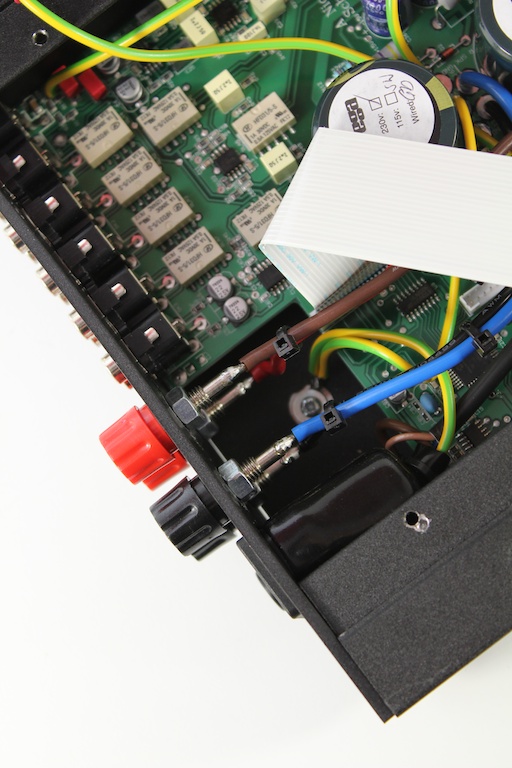 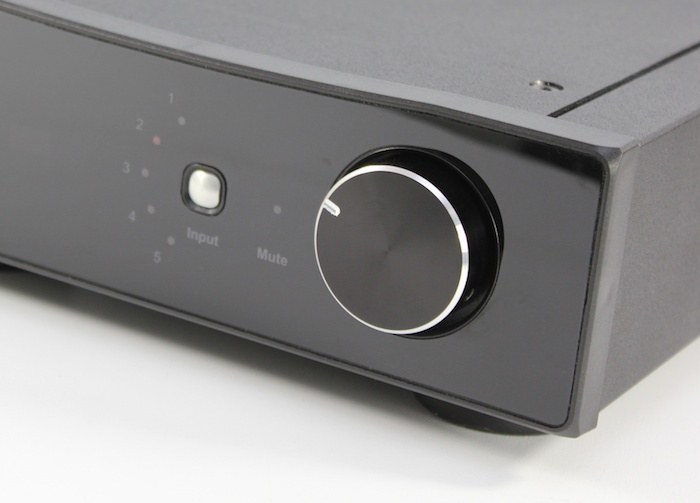 Hardfloor have been creating and re-creating the same acid stomp for twenty years.  Their kick drums are impeccably plump-but-clean; any loss of tightness/control keeps this listener’s engagement on shorter-leash.  A run through the Silver Submarine EP.  Ghostly images of bass overhang haunt the iNova’s pairing with ProAc Tablette Reference 8s and Usher S-520s.  Imaging snap-locks tighter when man-handled by the far more prosaic looking Brio-R.  The Rega is also a far better communicator of pace and rhythm – and it pushes higher with SPLs before beads of sweat begin to form.

The iNova is the smoother, more gentlemanly of the two.  If you recoil at the politeness coupled to refinement, the Brio-R is your man.  Its transient edges don’t grate, they transmit excitement tamed by an occasional touch of the fuzzies.  Let’s not get too carried away with the iNova’s lack of ebullience.  It might be twice the price of the Brio-R, but it also packs in a (stupidly good) DAC, a pre-amp, head-amp and digital iPod dock.  The iNova demands a more considered loudspeaker pairing – I’ve gone with Zu Omen with which I couldn’t get the Rega to jive. No idea why. 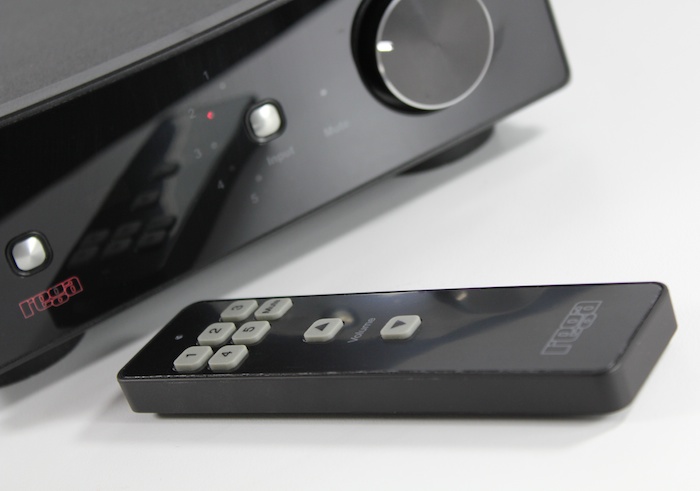 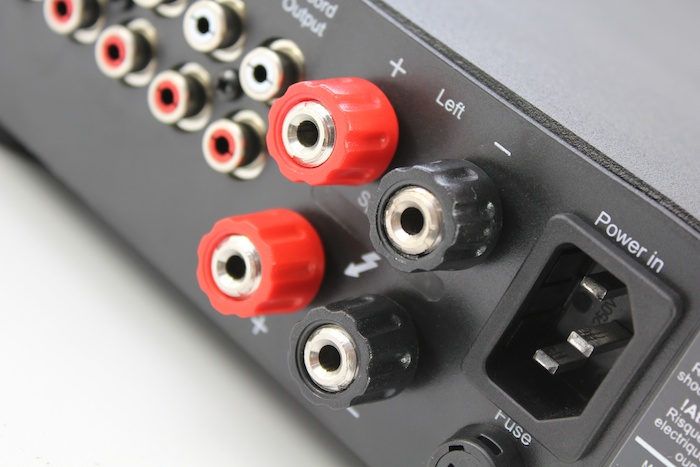 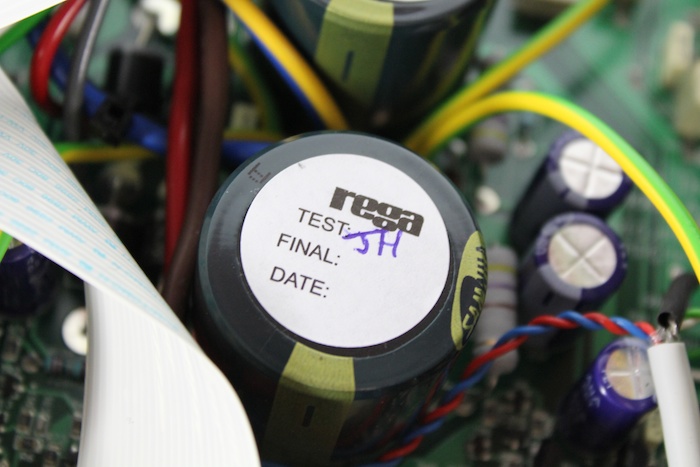 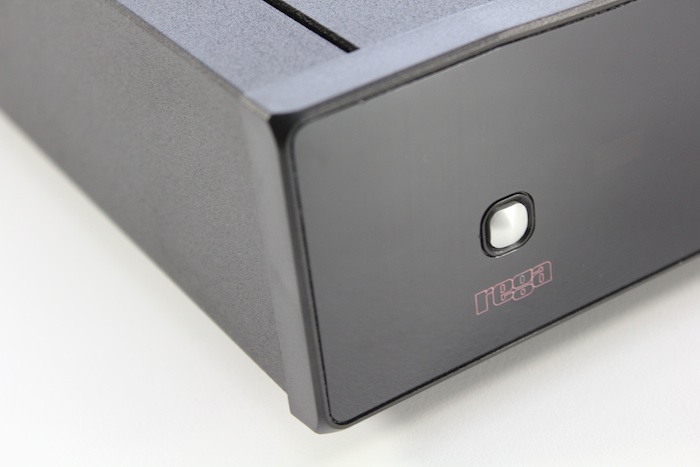 Six months ago, I was first exposed to Rega amplification sound by way of a Mira loaner.  It wasn’t bloodthirsty for power or a show-pony with dynamics but neither was it bloodless.  To recall two recently deployed adjectives it was considered and contemplative.  One word to describe it?  Crunchy.  Imagine biting into a Royal Gala apple.  A crunch that serves up goodness, healthiness and satisfaction.  The half-boxed Brio is no kid’s portion.  A little of that crunch has cascaded into this new model.  The smaller box plays a cunning trick with the subconscious:  its physical appearance runs lock-step with price point and then lowers listener expectation.  Those expectations are then easy to exceed.  Even on the back of Dorgay’s words, the Brio-R exceeded mine.

This is contemporary hifi proper.  It’s for smaller living spaces where the likelihood of tougher-drive standmounts is increasingly common and the amplifier can be slotted on a nearby shelf or adjacent to the flatscreen.  It’s remote-controllable (another tick in another box) and its sound is earthy, fast, grounded, organic and detailed – all of the afore-listed Rega DAC word-association descriptors apply to this, its (most likely) accompanying amplifier.  It displays music in the mind’s eye as deeply-rooted to the soil. On a one-to-ten from light to dark, it tips a six.  This makes it a rare beast in the budget integrated market where brighter, edgier treble is (more) easily found.  Not here.  There’s definition to Nick Drake’s acoustic guitar but it isn’t etched into the air.  The treble ain’t sweet, but it ain’t sour either. 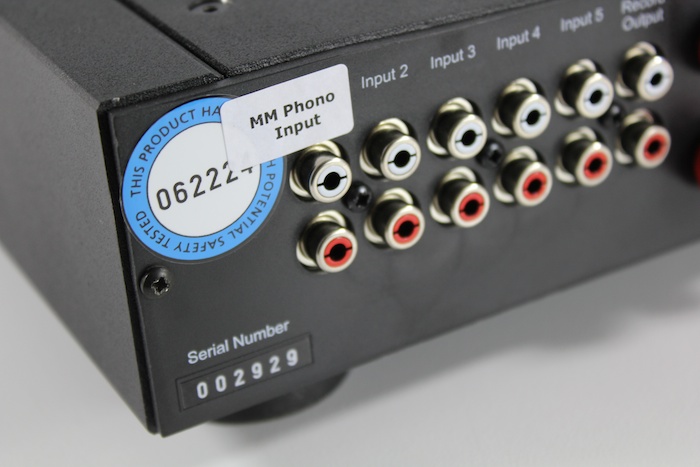 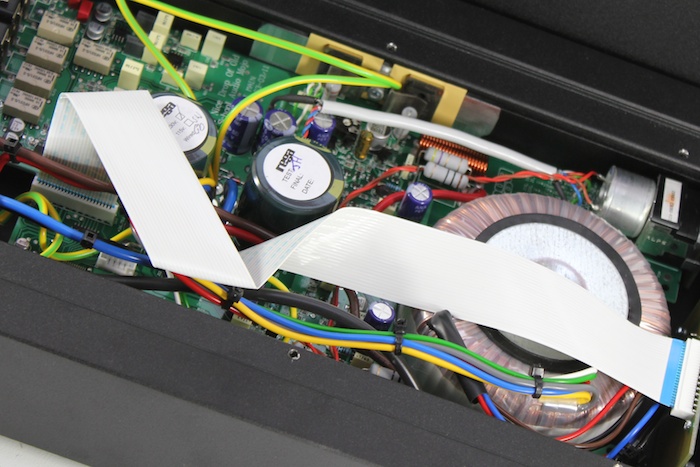 And yes, bass is tight and mids are open/transparent. (See? You gain no insight into how the Brio-R sounds from my saying that).  Still, whilst its cliche-feeding time at this review zoo: this is possibly the finest AU$1000 amplifier I’ve heard to date.  The Rega Brio-R is an integrated amplifier that WILL compete with rival units 2x the price.  However, I won’t allow that phrase to hang without substantiation/context: the Naim Nait 5i (which I’ve owned previously) and the Exposure 2010s2 (reviewed here) should consider themselves cross-haired.  The Rega has serves up a little more flair with micro-dynamics than the latter and serves up PRaT to rival the former, upon which Naim have built their brand reputation.  My intention here is to convey this amplifier’s flexible manner with raw grunt, delicacy that cuts through a humid-aired top end and – best of all – groove.

Rega just made it that bit harder to justify spending more than a grand on integrated amplifier.  Twin the Brio-R with its Rega DAC brother and you’d struggle to best that pairing for under $2k.  A new gold standard in the budget sector and – as printed on the PCB within – “a nice drop of old school audio mojo”.  Yes siree.

This slower-moving UK manufacturer has re-made/remodelled its long-standing Brio amplifier into a ‘R’ revision (remote control, half-width box) and caught the competition flat on its feet. 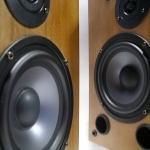 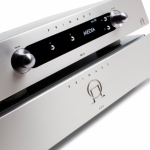