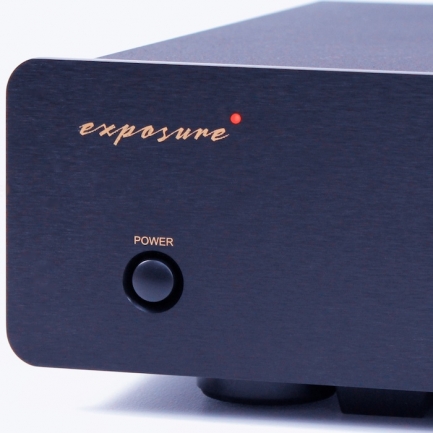 I receive a steady trickle of emails asking if I’ve heard Product X or intend to review Box Y.  Intent is never lacking, listening time, writing time and product availability are the three most significant constraints when deciding what to cover.

Many folk presume that all products are always available (to me).  Not so.  I am often obliged to buy gear that I wish cover – particularly when the manufacturer doesn’t respond to the initial contact email (requesting a review unit).  These emails frequently vanish down the back of the couch.  I’m being flippant – yes – but it’s part cheap shot and part industry comment.  Email ignorance is rife and Exposure are a long way from being the worst offenders. 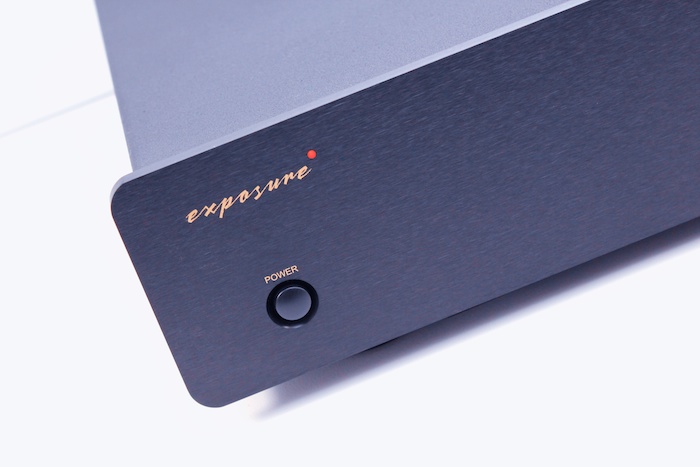 With no reply from the Exposure mothership forthcoming, I spied a UK-direct purchase as the most expedient way to get my hands on the latest iteration of the 2010s, now in v2 status (750GBP).  I landed the 2010s2 for AU$1300, which would’ve been AU$300 cheaper still had a bungle in the UK RRP declaration not pushed the item’s value a shade over the Australian thousand dollar import duty ceiling.

Having been around since 1974, Exposure have been working the margins of affordable hifi for many years but have struggled to truly permeate mainstream hifi’s collective consciousness to the level of Naim, Rega or Musical Fidelity.  They are the UK’s electronic underdog.  This has an upside:  you are not paying so much for the brand as you are for product performance.  The 2010 and 3010 Exposure ranges are hand-built at their factory in Portslade – a grim annexe of Brighton.  In a bid to parmesan shave pounds and pence from the retail price, the recently announced 1010 integrated will be made in Malaysia and then QC-d in the UK. 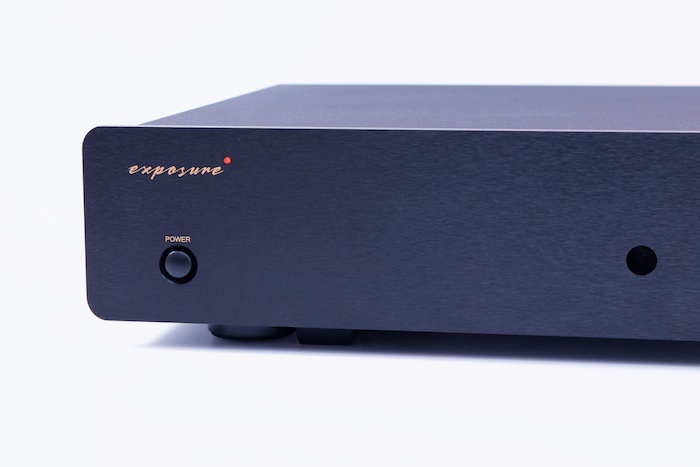 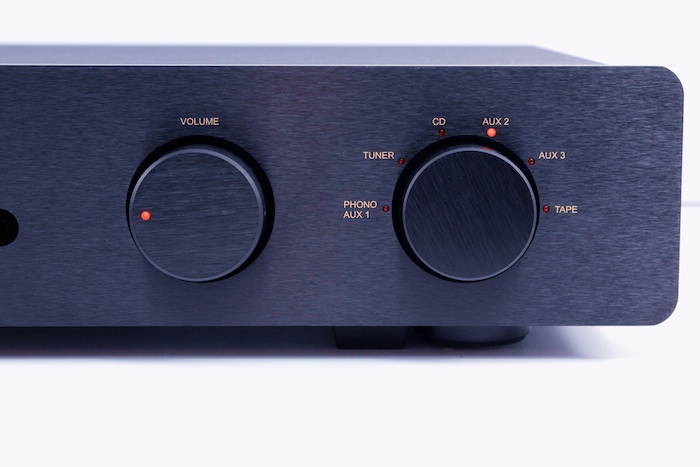 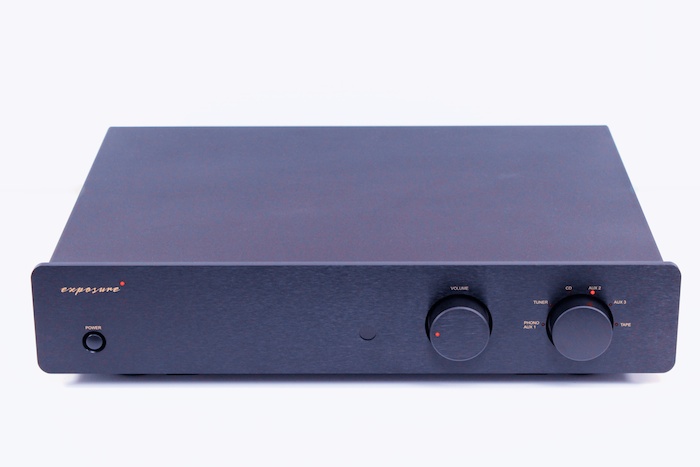 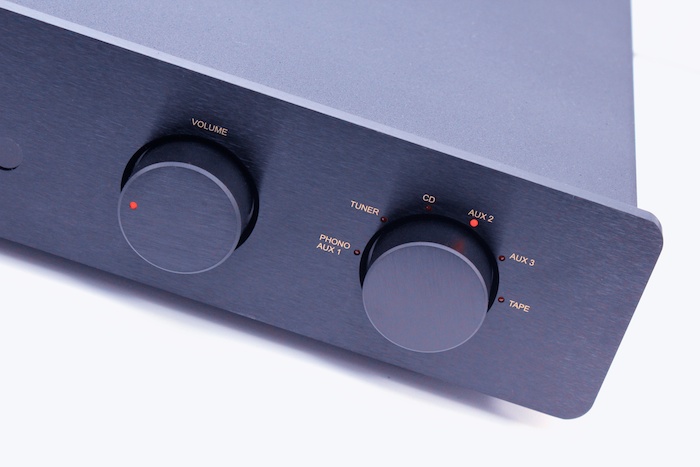 In the context of its own range, this 2010s2 is both integrated and pre-amp housed in a very solid aluminium chassis.  The in-house upgrade path means buying only one new box – a 2010s2 power amp – and hooking it up to the integrated’s pre-outs.  Inside, a substantial toroidal transformer is the engine room fuelling the 75 watt output of each channel.  The six rear inputs are user-selectable from a hefty solenoid knob ’round front – an upgrade from the mechanical source selection switch of the 2010s.  Turntable users can opt for a slot-in phono stage card (89GBP) on the “Aux 1” input.

The speaker terminals on the rear of the amplifier run flush with the body and only accept banana plugs – bare wire and spades are out.  Don’t assume that two sets of terminals means two speaker ‘zones’ – it doesn’t.  It’s just Exposure’s way of making bi-wiring easier.  Rounding out the feature set is a perfectly pleasant remote control which doubles up on its dealing with the matching 2010s2 CD player.

A passive pre-stage is what separates the 2010s2 from its rivals.  It’s essentially a power amp with volume pot attenuation.  This gives it a sonic signature that runs a similar race to REDGUM’s Sonofa’GUM:  an (initially) unusual sound – one that thinks different – one that polishes midrange windows.  This is not your Father’s integrated amplifier. 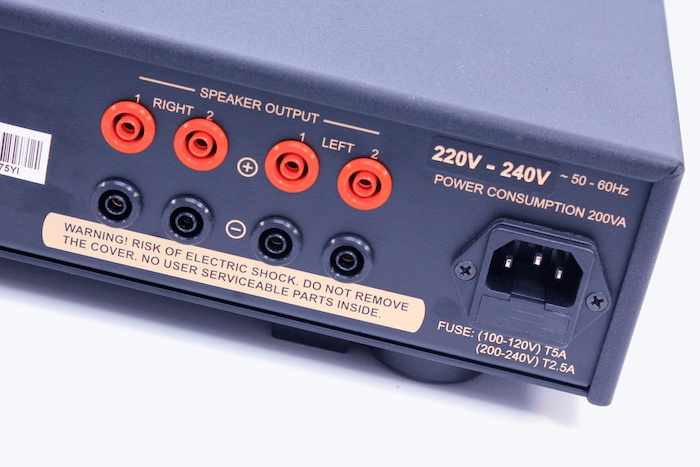 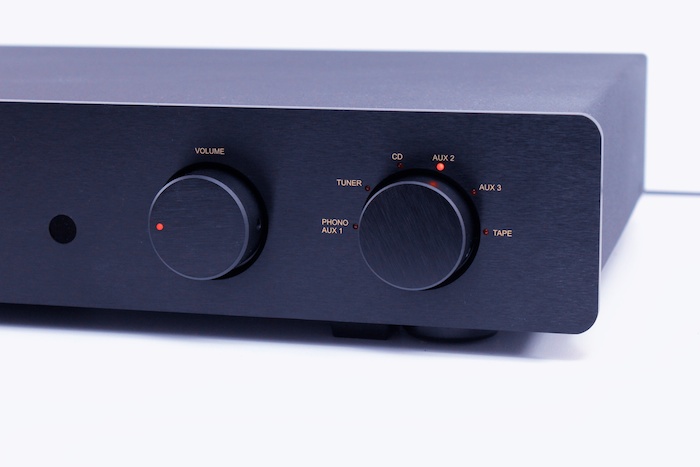 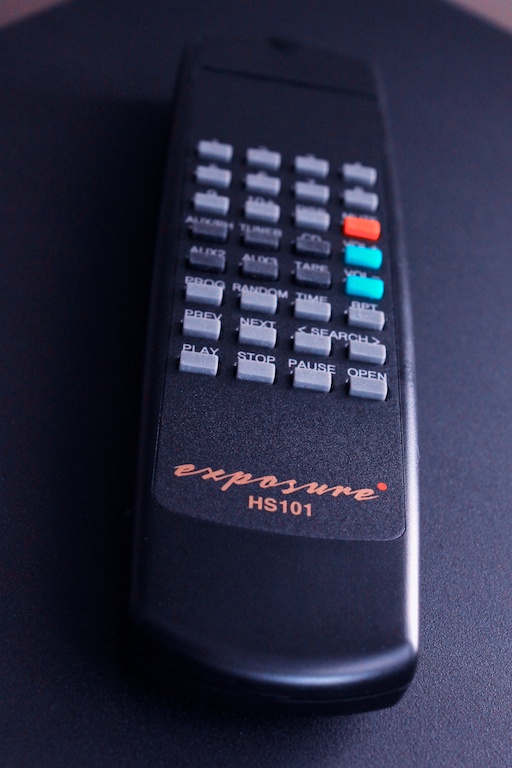 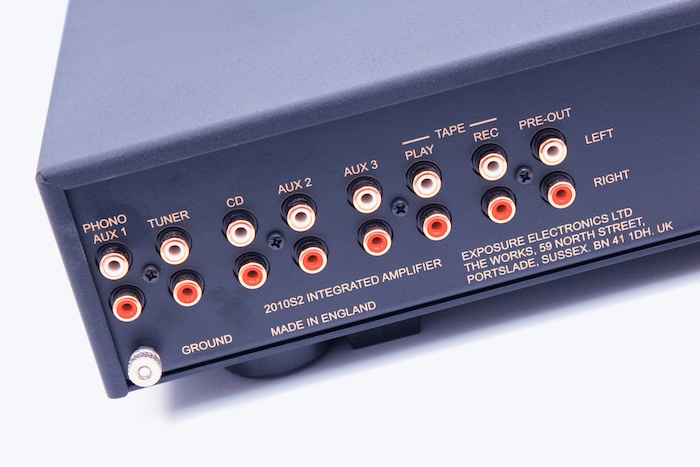 A run through Talking Head’s career-summarising Sand In The Vaseline allows the Exposure to really stretch its legs with versatility and dexterity.   Here we have a strikingly powerful integrated – little beyond 10pm on the volume was required to take even the Usher S-520 above 100db.  That’s LOUD.  Despite its confidence with higher SPLs, there was no hint of distortion, just an unerring commitment to a ‘clean’ sound with strong emphasis on separation.  On Talking Heads’ early four-piece new wave naiveté, the transparency of Harrisson/Frantz/Weymouth/Byrne interplay is impressive, particularly at the price point.   You wouldn’t describe the Exposure as lifeless or flat.  Not ever.  Conversely, it isn’t a bright or overly studious, detail-obssessed box – its treble possesses a humidity that renders it an excellent choice for brighter loudspeakers.  The spritely “Sugar On My Tongue” is conveyed with intimacy, expressive dynamics and excellent textural detail.  Byrne’s voice is afforded centre stage.

Strands of instrumental hair are combed clean (of each other) for what is consistently a punchy and exciting performance with a wide range of contemporary music.  When tackling the rhythmic jolts of Robert Hood’s Omega:Alive, the Exposure’s resolve means a bass drum that’s toned and never flabby; fast and propulsive we witness a dystopian techno world through the windows of a bullit train.

With power also comes nuance.  Know that this integrated isn’t heavy handed with the delicate stuff.  Less obvious motifs move forward in the mix, do their 4-4 dance, and then fade back into the background.  The listener doesn’t miss a trick.
Of course, these descriptors are meaningless in a vacuum.

Compared to the Audio-gd C39-MK3/C10-SE pre-power behemoth (~AU$2500), the Exposure is as equally insistent with pace and timing but doesn’t work with as much soundstage depth.  Considerably more dollars down (on the Audio-gd) returns considerably more power and even tighter bass.  In the context of Asian powerhouse, the Exposure more obviously surrenders its (polite) British heritage.  Think Naim PRaT-power meeting Rega crunch and delicacy; a middle way. 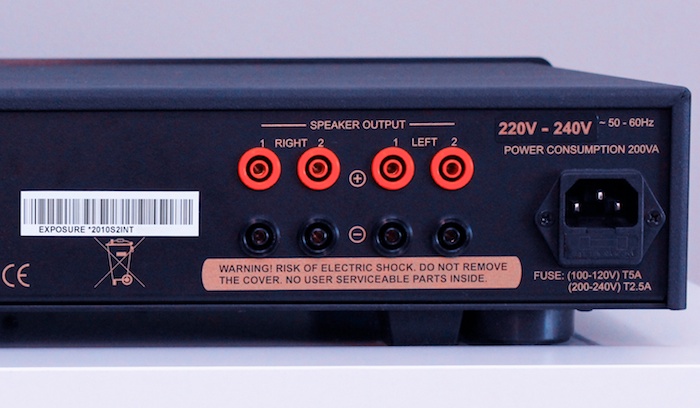 Looking in the other (price) direction, the 2010s2 aces the excellent Dayens Ampino (~AU$650) by exposing the blood and guts of music as well as greater music body.  The Dayens spruces duller loudspeakers with a twinkle-of-eye sparkle but it sings from its throat.  This Brit sings from its stomach; greater fuel reserves bring a performance thats more effusive and robust.  An expert in plain English and honesty, it says what it likes and it likes what it says.

Reviewing isn’t just adjectives and analogies.  The momentum and rhythm of the word delivery should reflect the personality of the product.  In the case of the Exposure integrated, it’s short and sweet; direct and to the point.  Succinct.  Taut.  Clean.

Against the backdrop of UK pricing (which I enjoyed for my review unit), the Exposure 2010s2’s two-step of poise and power began knocking on the DAR-KO award door… 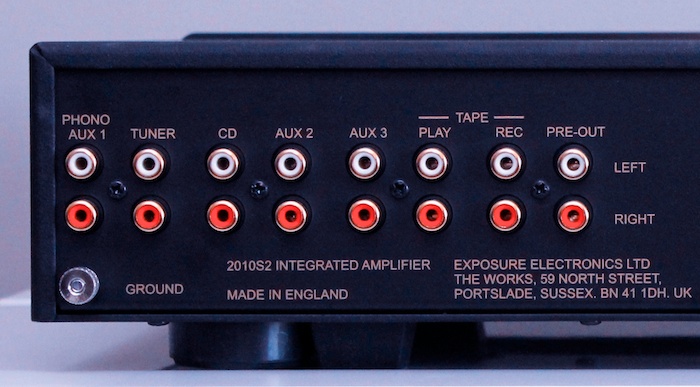 …until the elephant arrived.

Three months after I purchased the Exposure – and a few days prior to publication – I phoned the former distributor RVM Australia.  They confirmed they are now starting over with the Exposure brand.  Stock is currently en route to these fair shores and the 2010s2 amplifier will retail for AU$1999 via soon-to-be-announced retail outlets in Victoria and (possibly) New South Wales.   Unfortunately, this means a higher price to the consumer and a consequent blunting of its killer bang for buck.  From such a distribution model, more folk will gain (err) exposure to Exposure down under but they will also pay more for the privilege.  How’s that for a double-edged sword? Whatever the purchase route the Exposure 2010s2 integrated amplifier plays music with such surety and confidence that it could easily form the heart of any desert island system.

They might be a low profile brand in Australia but Exposure’s integrated for those who value a straightforward, clean sound that can be paired with a broad selection of loudspeakers. Very, very impressive. 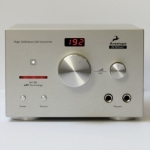 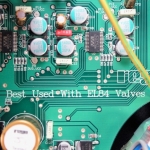