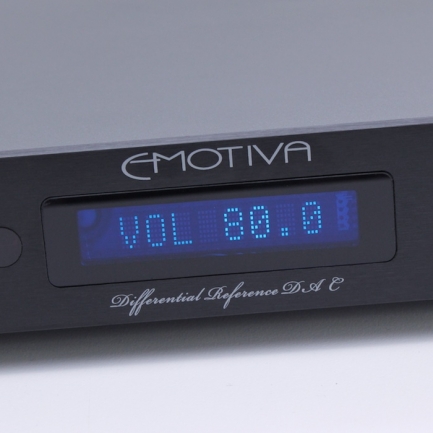 Regular readers will know that I frequently source review units from existing owners, rather than the manufacturer or local distributor.  In the case of Emotiva, one can only buy direct from the US of A – no doubt to keep prices low and ensure that everyone around the world pays the same – and so this review unit came by way of a Perth-based owner.

Emotiva’s budget DAC runs out the door for US$399 (+ ~US$100 shipping to Australia).  A recent check of the Emotiva website sees it being run out at US$299 which points to the XDA-1 being a discontinued model.  Even the original sticker price is impressive given the feature set on offer:  remote controlled pre-amp-a-bility (via digital volume attenuation) and a larger-than-usual number of inputs.  We get 2 x coaxial, 2 x optical, USB and AES/EBU.  These are specified as being able to handle up to 24/192.  I suspect – but didn’t test – the USB input will be held back to 16/48.  More startlingly at this price point there are balanced outputs (as well as single-ended). 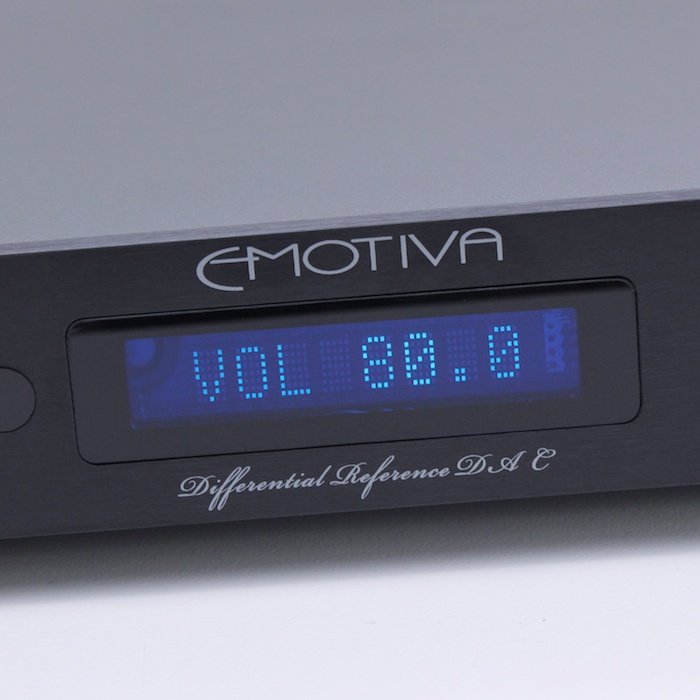 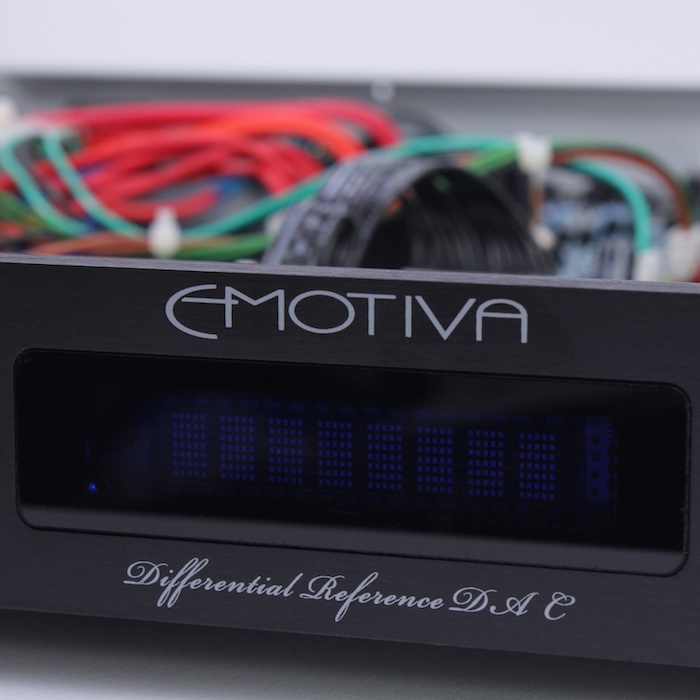 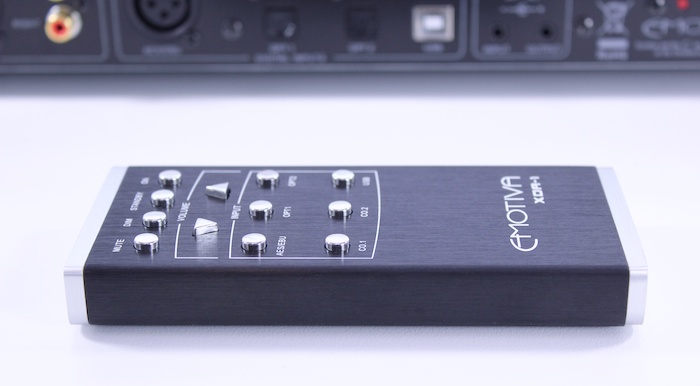 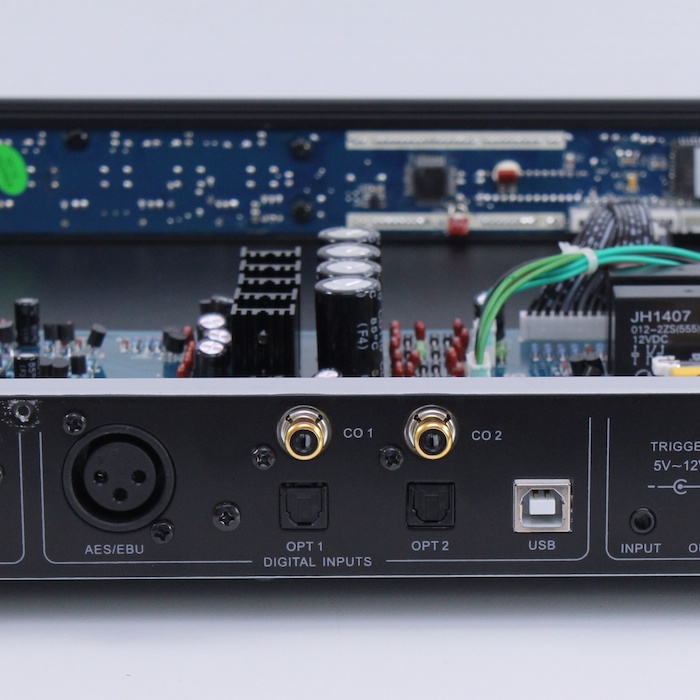 Heck, the XDA-1 would offer awesome value for money even if it sounded quite average.  Soul-piercing blue lights and a digital display rule the front panel.   Thankfully, the brightness of the source selector switches and display can be dialled down to five different levels.  A single toroidal provides power to all circuitry, which in turn is based around a delta-sigma AD1955 DAC chip.  A Burr Brown OPA-2134 op-amp handles the (I/V) output stage.  Against the backdrop of a such impressive connectivity, features, well-made casework and an easy-to-navigate user interface one might expect corners to have been cut internally, resulting in a so-so sound. Not so. Not so-so.

Hooked into my testing system of Leben CS300XS integrated amplifier and Zu Omen loudspeakers, the XDA-1 thrills with a widescreen and spacious presentation.  Its soundstage is significantly broader than that of the Audio-gd NFB-12 (US$200).  Leaning towards the ladies-and-gentlemen-we-are-floating-in-space way with instrumental ‘float’, an abundance of separation and clarity define the synth lines of David Bowie’s Low.  Via the XDA-1, this album’s (Brian) Eno-fication is presented as clean and crisp with broad brush strokes.  This is a DAC that prioritises accuracy and inner detail retrieval – an insane amount of detail given the stoopid-low sticker price – with just a soupçon of warmth. 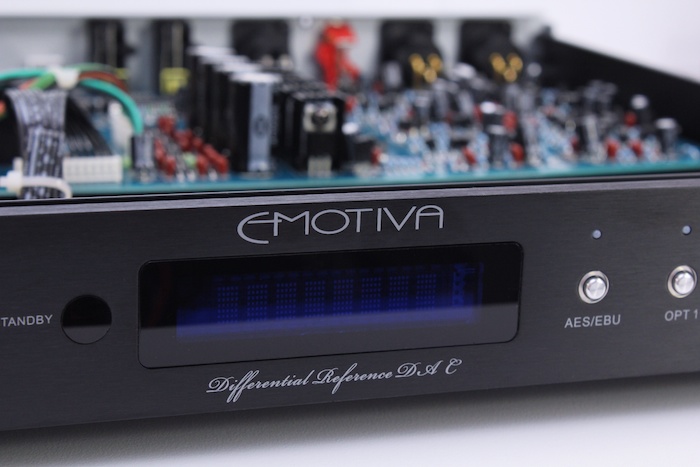 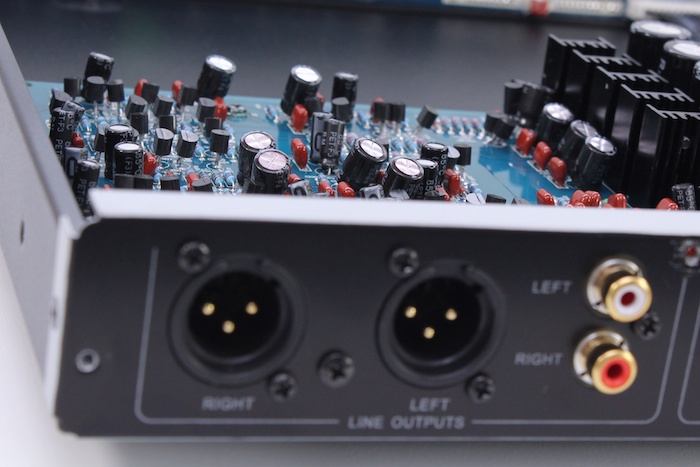 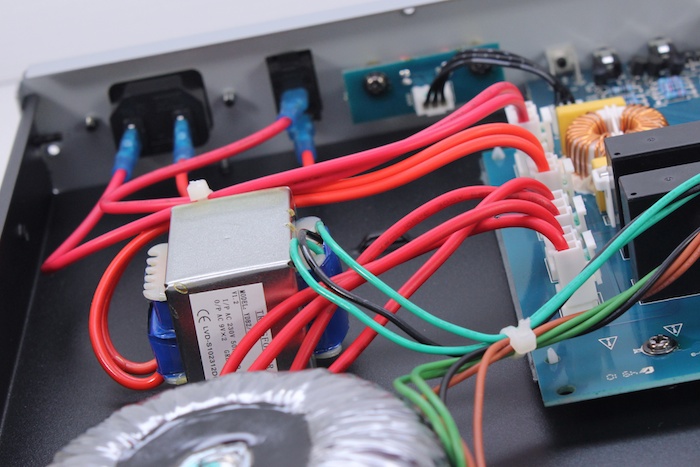 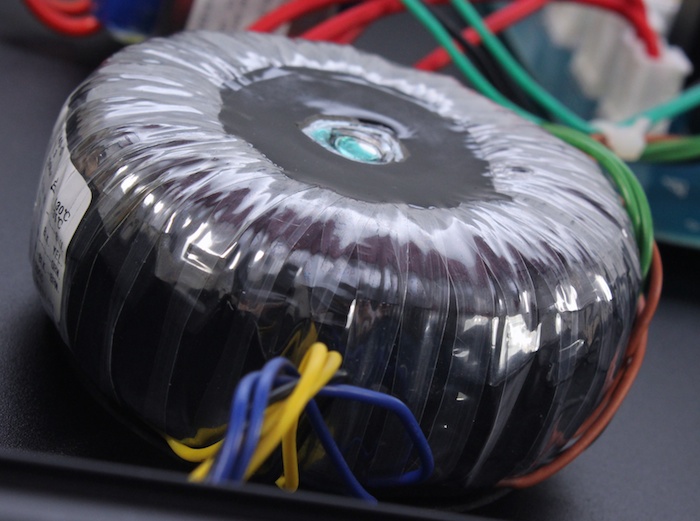 Emotiva D/A conversion spruces its spells with speck-less purity.  The Knickerbocker glory layering of bone-dry drums, keyboard lines and Bowie vocal, sprinkled with the hundreds and thousands of studio ambience makes for a satisfying dessert.  The cream is fat free.  There’s little doubt that DACs forged around the core of dual Wolfson WM8741 (as favoured by KingWa) gives us thicker-set instrumentation – double cream.  As such – and as per the ESS Sabre slicing convertors – I prefer the XDA-1 behind valve volumising. 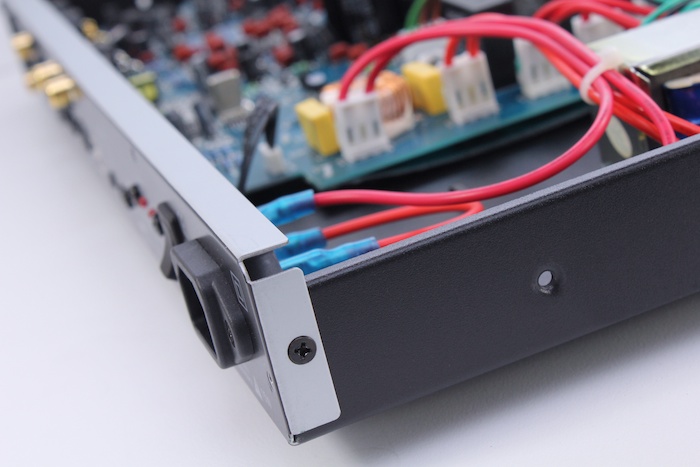 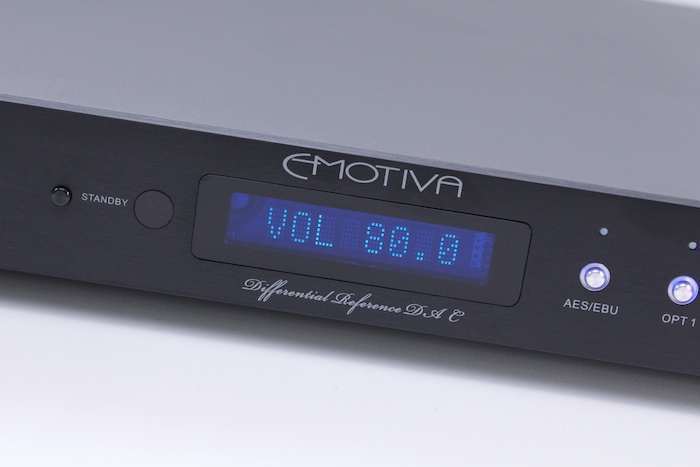 Moving to mid-70s Bowie.  His Diamond Dogs tour slowly morphed from glam art-rock to Thin White Duke-d Philly-soul and the energetic, tale-end tour performances were captured and released as the David Live double live album.  With this spikier but more skeletal sounding material, the Emotiva was compared directly with the Pro-ject DAC Box USB (AU$299).  The Pro-ject sounded less “alive” and more dynamically constrained that its American competitor.  Maybe it’s a desktop audio thing — the Proj-ject DAC just can’t to get close to the XDA-1’s feature set or overall transparency or listener engagement.  The Emotiva is by the far the superior emotional communicator. 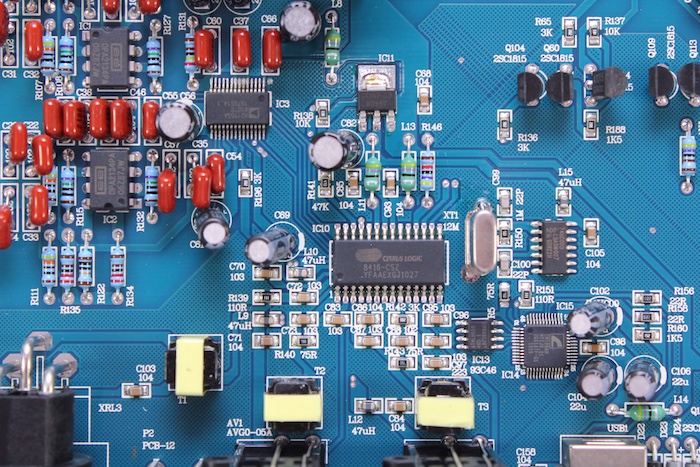 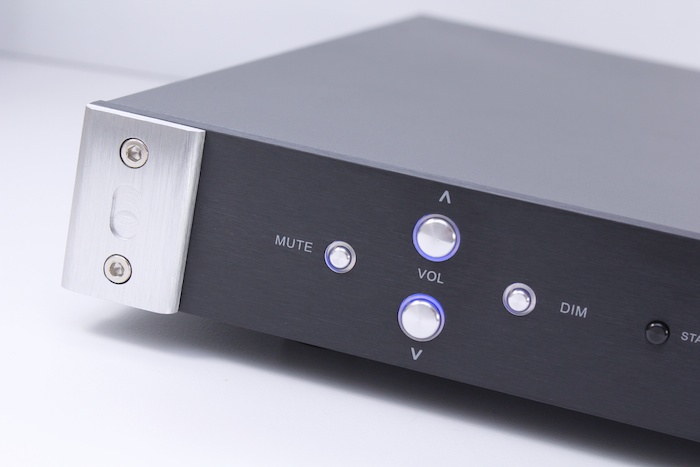 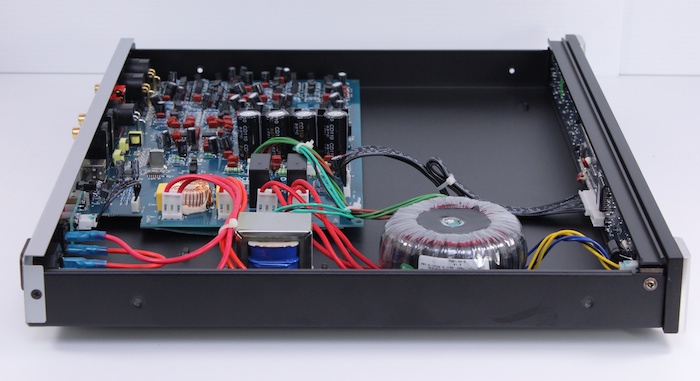 Running the XDA-1, balanced out into solid state amplification accentuates the laser-guided accuracy and tonal leanness against a blacker background.  If you’re on a tight budget and enjoy hearing the breath behind the vocal, you will find much to like here.  At US$299, one could effect one’s own home trial with very little financial loss (should you find it not to your liking and sell it onwards down the line). 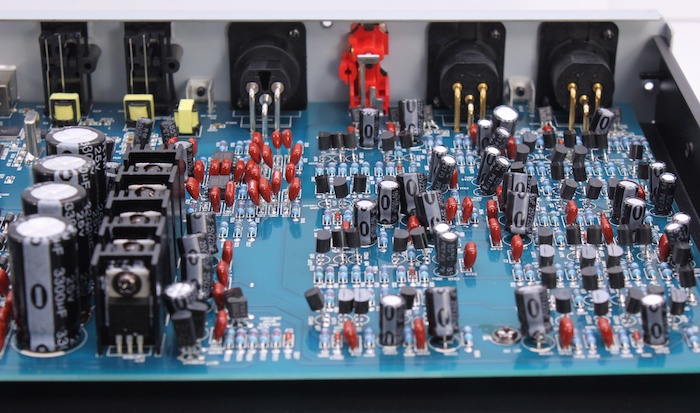 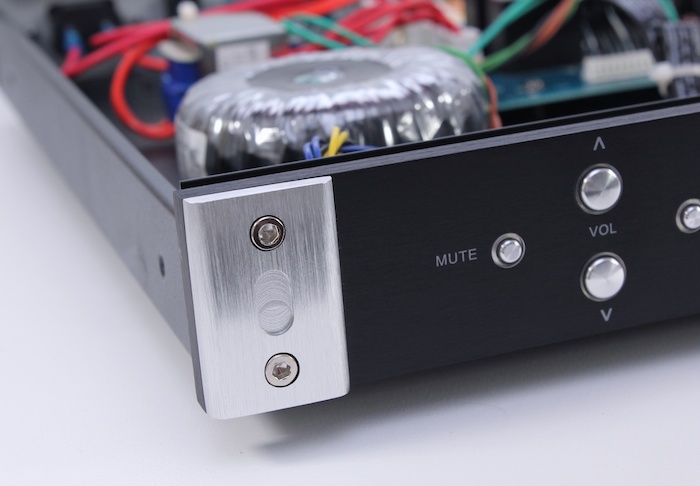 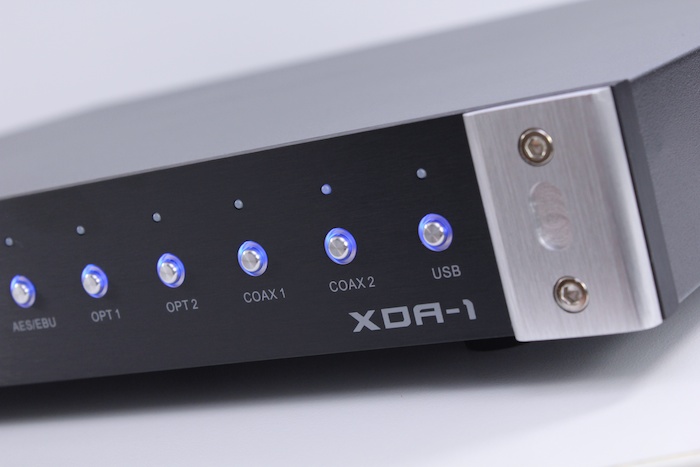 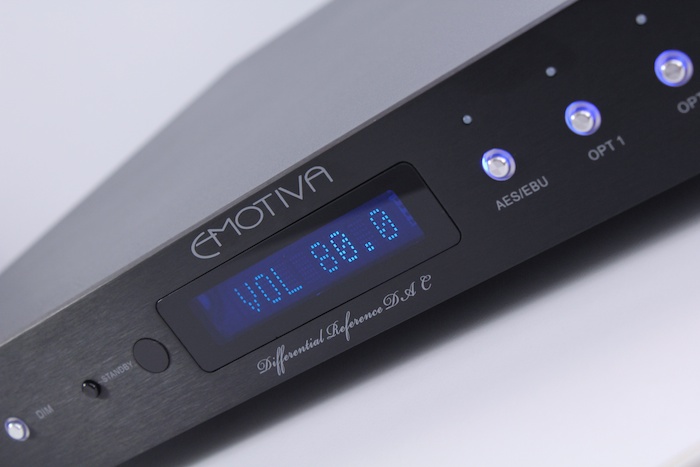 The direct-selling model adopted by Emotiva pretty much forces your hand.  If you wanna hear it, you gotta buy it.  I’m here to state that first impressions are very favourable.  As are second impressions.  If your budget won’t quite stretch to an Audio-gd NFB-2 or TeraDak Chameleon, the Emotiva XDA-1 will bring a huge amount of widescreen, detailed pleasure into your listening world.  If there’s a better sounding and specified DAC for four hundred hundred notes, I’ve not heard it.  An erudite lesson in how kind on the wallet some good hifi can be….and how financially unkind so much average gear is. 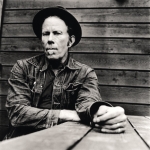 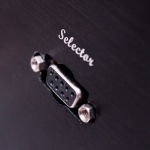