Robyn Hitchcock once said: the people we should fear the most are those with no sense of humour. Conventional wisdom has it that Americans don’t have a sense of humour.  One look at Seinfeld, Friends, The Family Guy, South Park, The Simpsons (and countless others) soon smothers that untruth.  An untruth you’ll often here from some of the most humourless people you’ll ever meet.

It might be maverick posturing, but the Utah-based Zu Audio team are renowned for bringing Jack Daniels, raucous music and all-round fun times to hifi shows.  It seems to run in American bloodlines, so why is such showmanship not more common?  The objectivists are usually the first to — err — object.  Why so serious?.  Put yr scope away and pull up a chair, Mister. 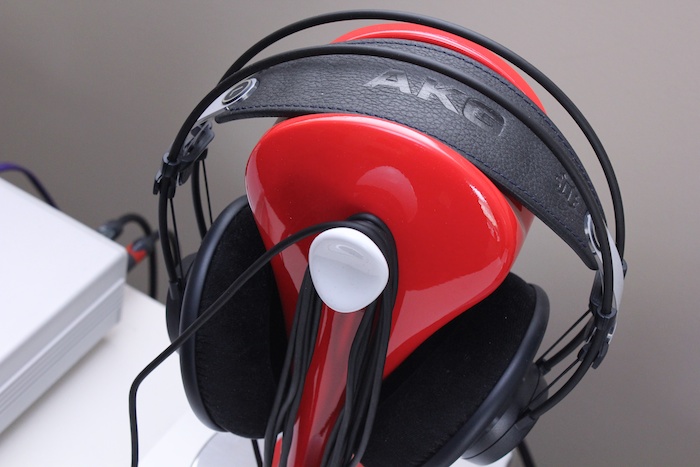 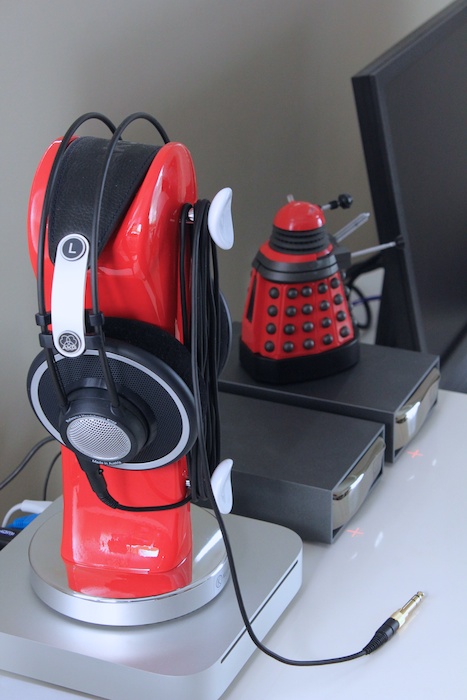 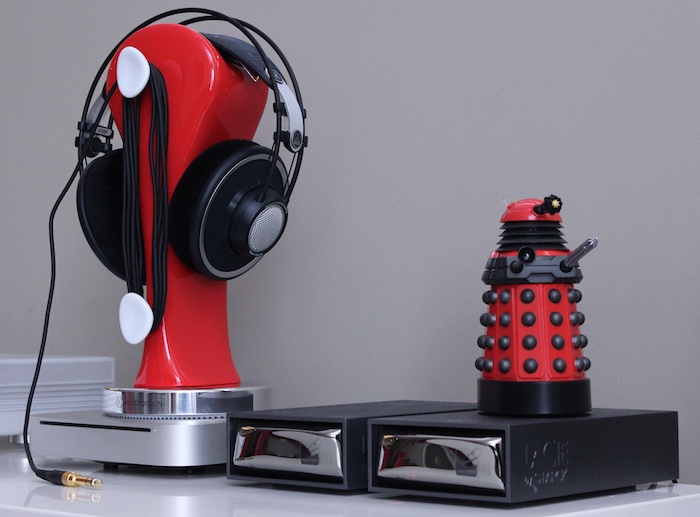 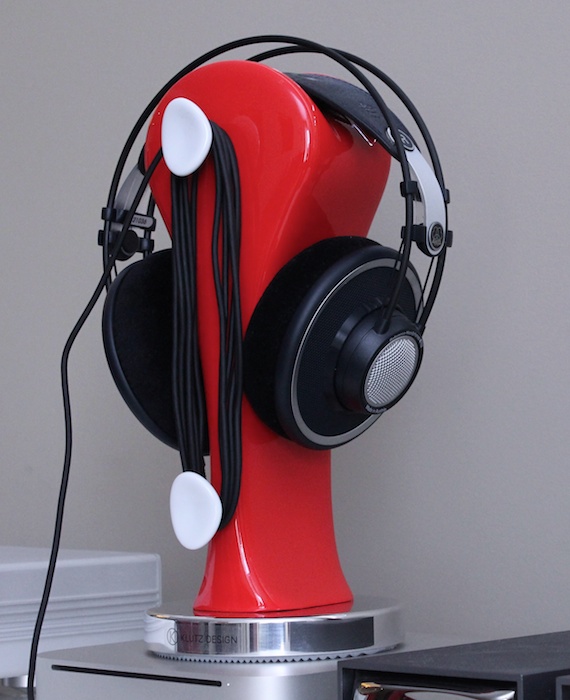 Californian company Schiit Audio know how to keep their tongue firmly planted in their company cheek.   Sense of humour meet hifi.  Hifi meet sense of humour.  I’m not sure you two have met before, have you?  The name-play might be all front, but it’s a fun front.  With Schiit, the consumer is buying the intangibility of marketing – an idea – as much as he is buying a tangible device.  The man in the street gets low-cost, smart aluminium aesthetics and some word-play to ignite endless word play.

Schiit know the importance of the conversation: every Dad-joker enjoys a good pun, especially one that encircles an expletive.  What better way to get people to sit up and take notice than forum-dwellers clamouring to slam down Hot Schiit, Good Schiit and Holy Schiit phraseology.  It’s a most expeditious way to go viral with your marketing.

The arrival of this review on these here pages is neither a sudden left turn nor a radical departure for yours truly.  The pixelisation of head-amp-hoverings and can-coverage has been gestating for some time. 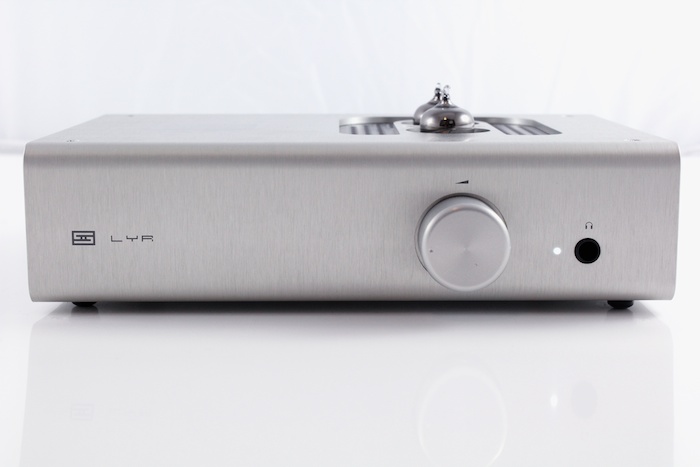 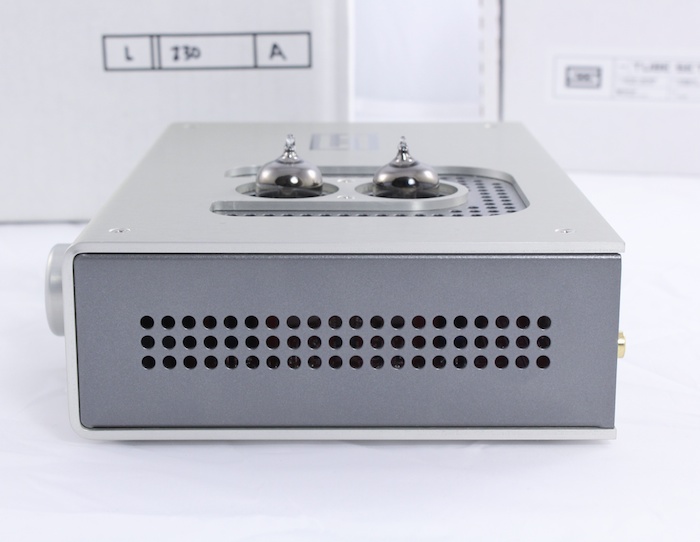 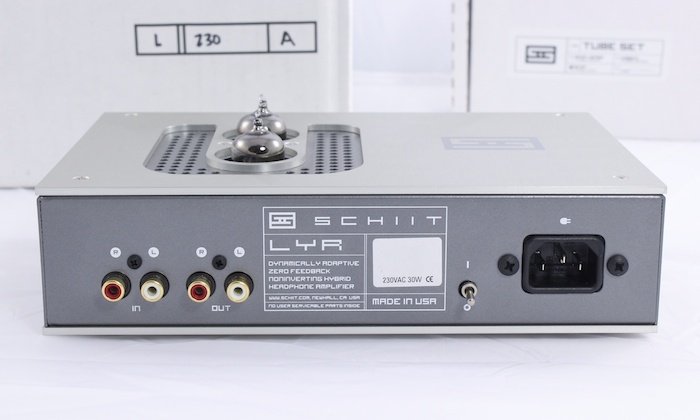 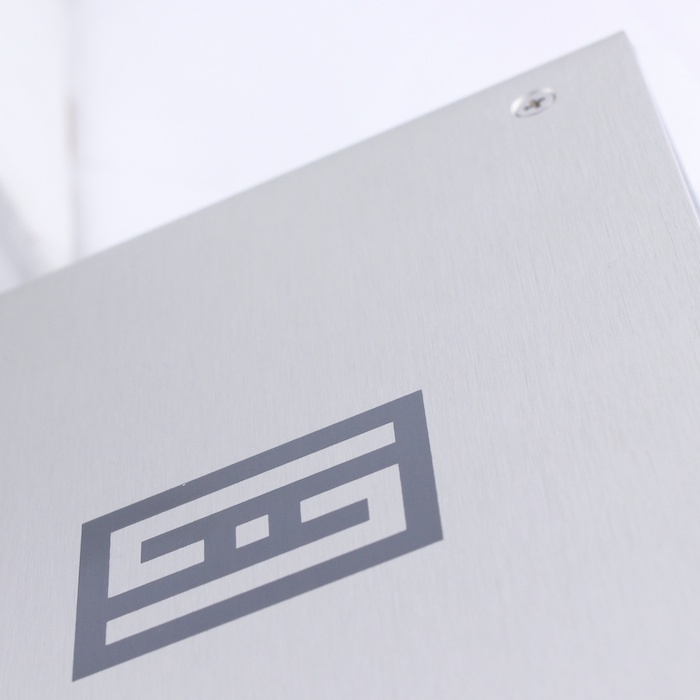 I have an audiophile friend who’s passion for quality audio extends to quality extremes wherever music plays in his life.  Even in his office, a pair of ProAc Response 2s grace his desk, the protagonist surrendering as much desk space as the end sonic result demands  now that’s desktop audio proper.  No tail of smaller, more prosaic boxes is gonna wag this deskhound-dawg.  Not knowing my frustrations with the physical head-intrusion of ‘phones, the very same friend invited me to try his new Audeze LCD-2.  Great sound, yes……but that head-in-a-clamp feeling was worse than ever.  The LCD-2s are heavy; they preclude swift head movement – not my cup of Darjeeling.

As they were reclining in the same space, I reached for his previous cans of choice:  AKG K-702.  None too heavy on the head, reasonably free of clamp, the K-702 possesses similar traits to sealed speaker boxes: tight and nimble in the bass, open midrange, airy spaciousness up above (that’s not forced or artificial).  Such qualities suited my listening (and comfort) preferences – potential for a Darko headphone rig then. 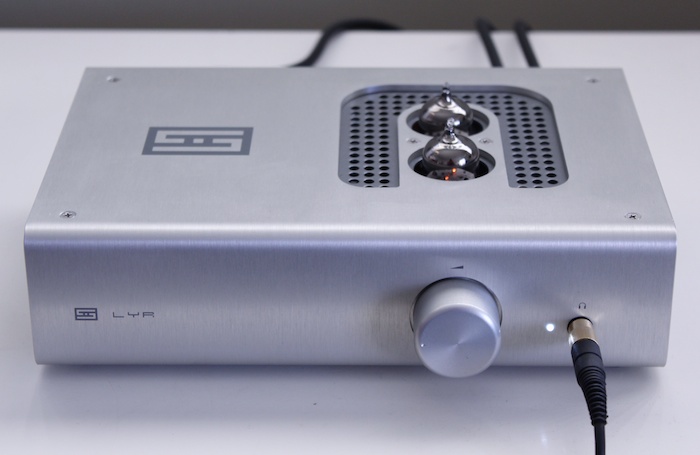 From a professional standpoint, cans and can-amp are an alternative toolset with which to scrutinise the often minor differences between DAC boxes and transports.  That’s a double win.  So, y’all get me at square one of head-fi snakes ‘n ladders.  But you also get me tied to AKG (for now), so consider yourselves forewarned of narrow focus.

Which headphone amplifier?  Over the past few months, I’d had several opportunities to find a suitable mate.  The much-praised Graham Slee Solo (~AU900) was too rich for my dollar.  The Peachtree iDecco struggled to bring the 702s to life.  As did both the Anedio D1 DAC and Lead Audio LA-200 all-in-one DAC/amp.  Without sufficient juice, these AKG sound thin, bony and malnourished.  So… 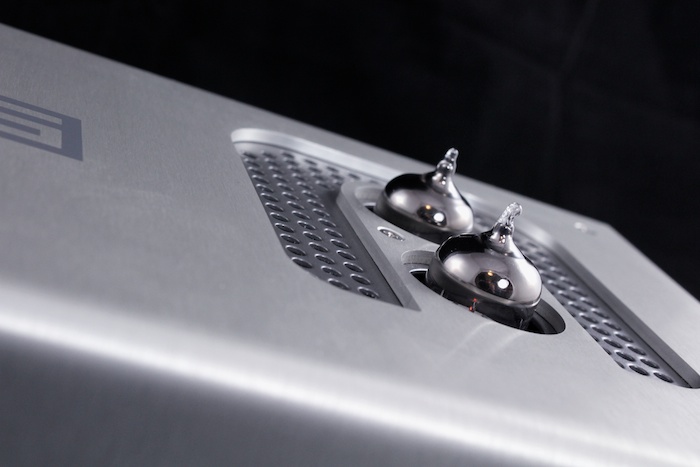 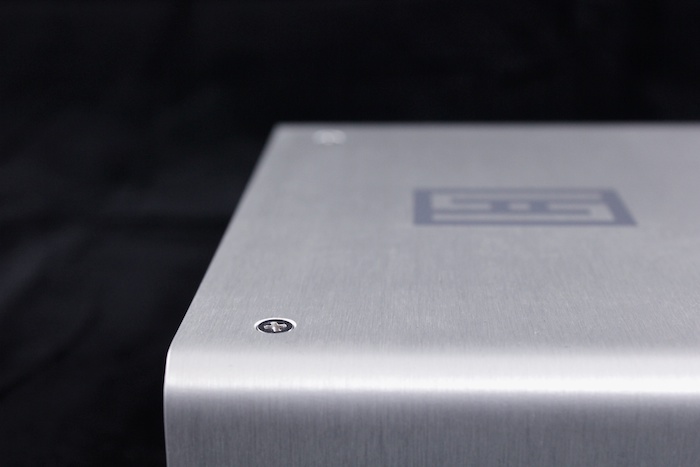 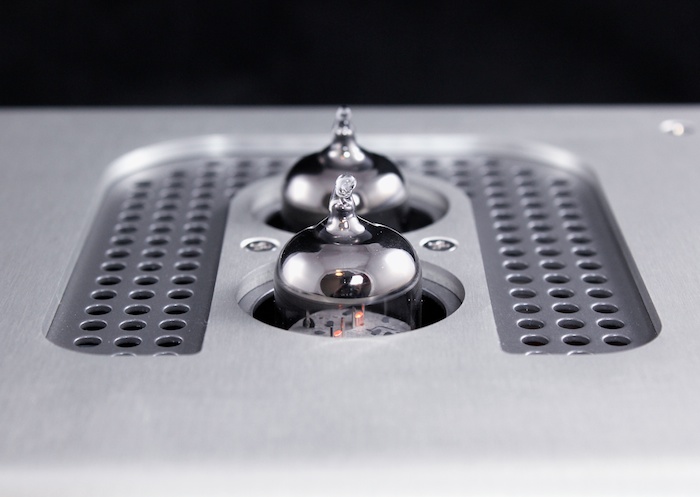 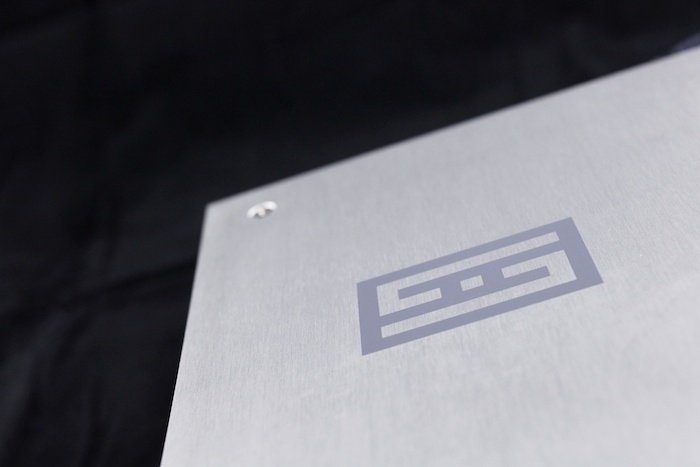 …in commencing head-fi coverage, it would be appropriate to launch with possibly the most powerful headphone amplifier in the world:  the Schiit Lyr (AU$550).  Six insane (hybrid) watts per side to push orthodynamic ‘phones and a why-the-heck-not agenda.  Schiit’s previous lesser-powered, tubed-up Valhalla (AU$450) and solid state Asgard (AU$330) brothers remain as yet untested options; although I have it on good authority that the Valhalla serves team AKG just so.

Schiit’s gear is an all-American story: designed and made in the USA and a five year warranty stands behind the homespun vibe.  In the Lyr, two JJ E88CC get you up and running, but Schiit co-founder Jason Stoddard advises experimentation — more on which below.

Across my AKG-centric headland, 62 Ohm nominal impedance hurdles are unthinkingly leap-frogged by a manufacturer taking care of the ortho-crowd.  Little wonder then that the Lyr drives the AKG K-702 into the middle of next week…withoutthem sounding harsh or over-cooked.  By comparison, the Burson HA-160 forces a metallic hardness onto the lower treble when jacking the AKGs into the socket intended for 150 – 600 Ohm cans.  That’s proof of life of far more impeding beasts than the 702s – hello (again) Audeze LCD-2, hello Hifiman.  It’s also confirmation to these ears that the most powerful accompanying amplifier doesn’t always mean ‘best sound’.  Just like loudspeakers and amplification, if it were just a numbers game, we’d be home and dry already.  What the AKG K-702s need is enough – but not too much – fuel. 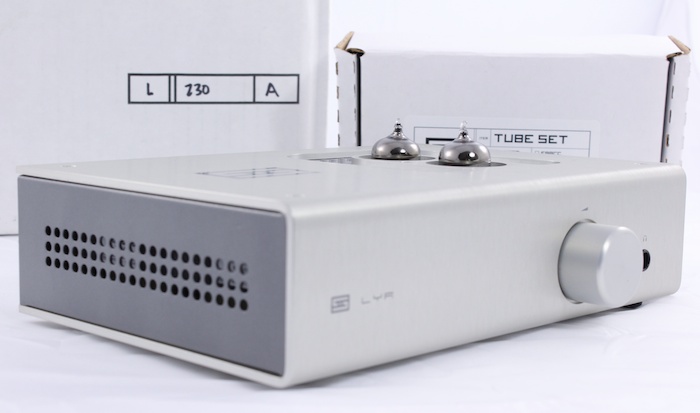 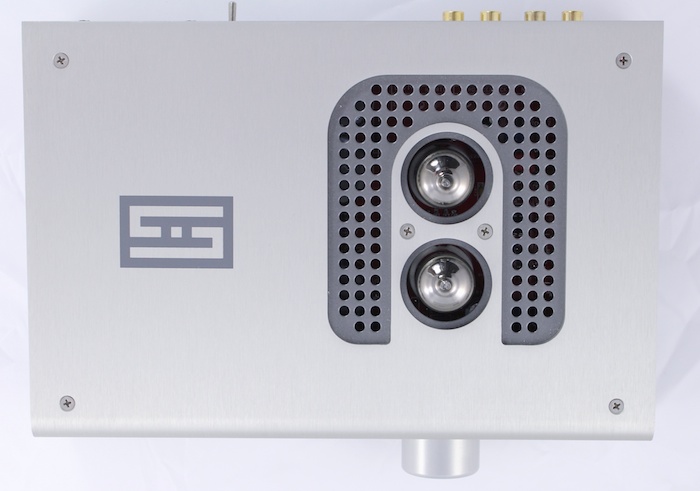 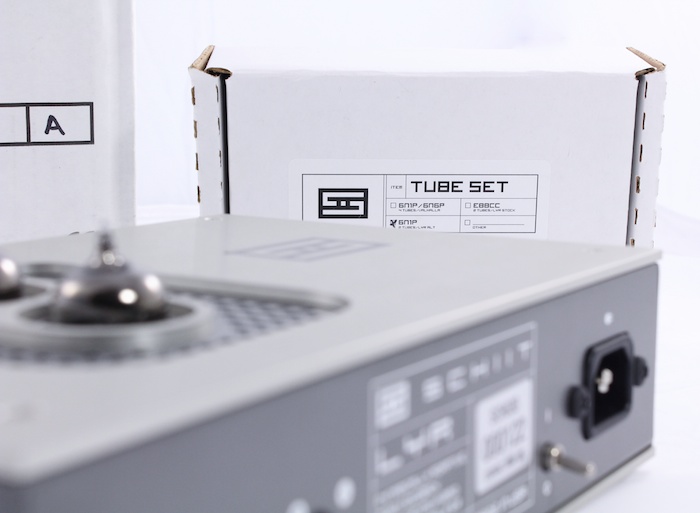 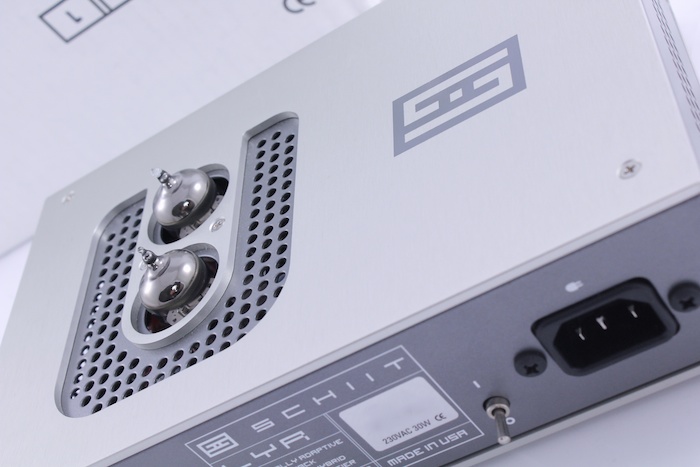 The 702s and Lyr joined at the hip, several weeks of casual listening ensued.  The CD-standard 2V output of the Anedio D1 provided most of the digital source action and a listening volume on the louder side of comfortable resided anywhere between 10 and 12 O’clock on Lyr’s volume pot.

With stocks tubes akimbo, the tubular glow hint at a sound filtered through a thin film of pure, golden maple syrup.  That’s not to say that details are obscured, but they are rendered as fat-as-butter.  Each sonic artefact has less room in which to manoeuvre.  This ain’t an absolute conclusion, it’s one drawn from a comparative with the Burson HA-160’s sonic ‘chrome sparkle’.   With Lyr, instruments and voices swirl in a thick(er) musical soup.  The Burson steers clear of the Schiit coagulation for separation that’s easily picked as 100% solid state.  The Burson is more expansive with sound staging but less intimate.

As is common with tubes firing speakers, Schiit vocal intimacy seemsmore palpable – the body behind the voice is less implicit.  Inside ‘phones, this means vocals sit closer to one’s frontal lobe – it’s more claustrophobic.  If ‘airy’ is high on your preference list, the Burson is more likely your man.  The vocal naivete of Neil Young’s “A Man Needs a Maid” soars higher in Australian hands.  However, swing meet roundabout:  the first 30 seconds of Radiohead’s “Airbag” pierces with reversed snares and synthesised shards that definitely sound less aggro with Lyr.  The Lyr rounds corners, smooths edges; it’s less eager to extract every last micro-dynamic detail from the scene, instead concentrating its efforts on the whole picture.  This might be what some audio folk call “musical”. 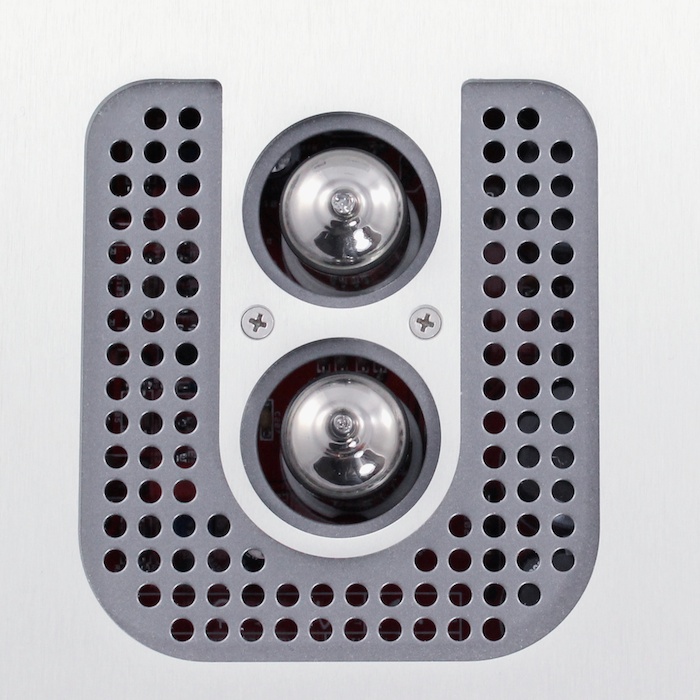 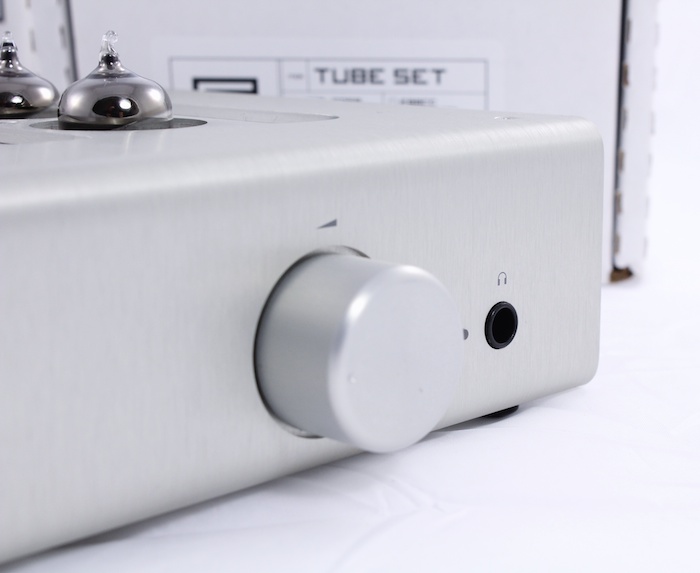 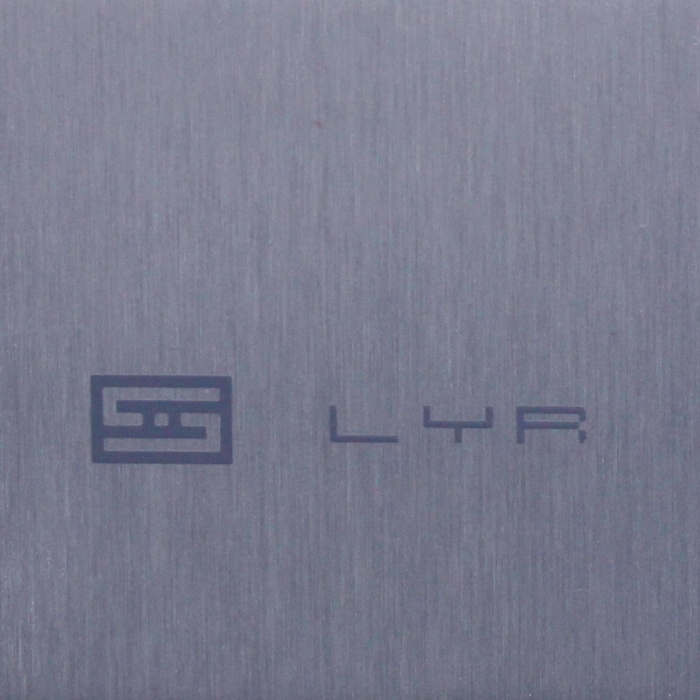 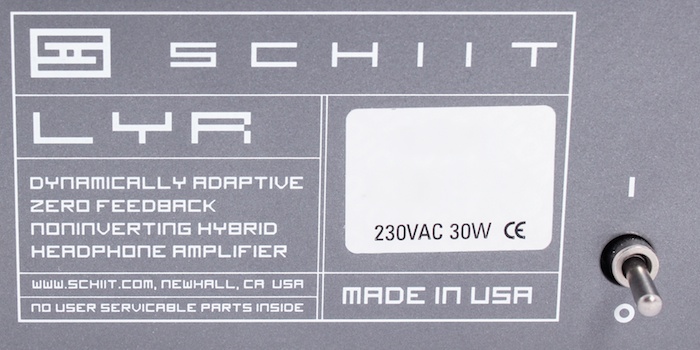 “My Lyr arrived today, enjoying it so far. What a superb piece of engineering, really nicely made and great design. Since I have three sets of tubes already I couldn’t help trying them all. First impressions are the JAN-Philips 6922 are the nicest over the stock E88CC and Schiit supplied 6N1P’s. But with comparison of all three to the headphone section of the Caiman DAC I’m finding the Lyr a little muddy, the Caiman is quite toppy, much more air around percussion, acoustic guitars and vocals.”

“I know you’re into electronica so I was surprised to hear you are liking the Lyr with 702’s. Although maybe not super bass and sub heavy I’d have thought electronica still had ample lows so are you finding the Lyr/702 combo adequate?”

“The mids I’ve been missing are really nicely evident through the Lyr but do you think the airy tops will come in time too?? I’m being impatient no doubt but it’s good to note first impressions I guess.”

“Have you tried tubes other than the stock E88CC’s?” 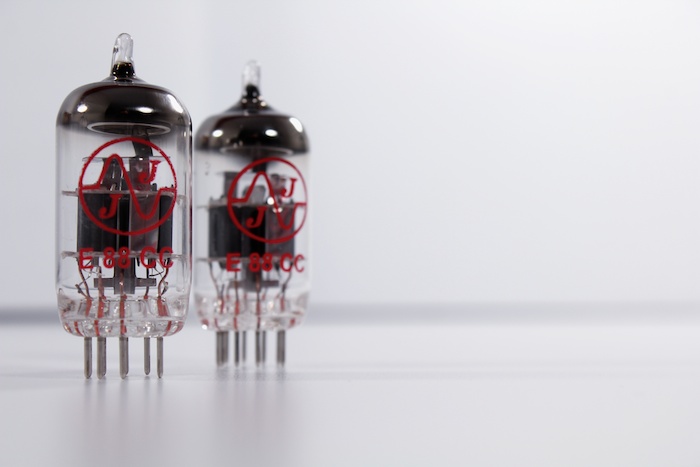 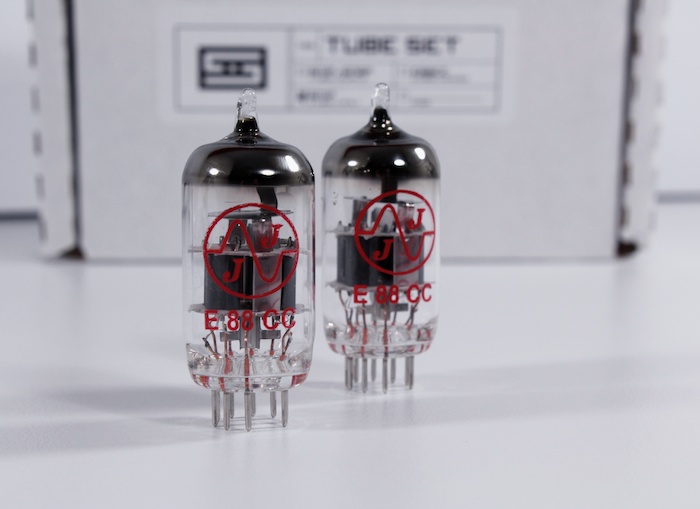 I knew what Ben meant.  The Lyr’s midrange was indeed sumptuous, but low cloud cover prohibited skyward treble extension.  Had I tried tubes other than the stock E88CC?  No, but maybe I should.

Schiit-heads will already know that the 6N1Ps from the Valhalla will run Lyr-side too.  Forum chatter suggested they run hotter but sound ‘better’.  Cutting to the chase, the Schiit-heads know their Schiit.  A 6N1P-fuelled Lyr sounds brighter, livelier – more caffeinated. Picture a sparkler on fireworks night and you have it.  If that’s not your cup of Java, maybe the JAN-Phillips 6922 might seduce.

“The JAN-Philips 6922’s – to me they have the best mids, it’s almost silky if you know what I mean. A real togetherness about it. The 6N1P’s have a little more air and crispness but not quite the same mid roundness…but we’re talking minor difference here.”, continued Ben.

Having since heard this array of tubular programming via the Lyr/702 duet, I concur with Ben.  The JAN-Phillips 6922 are pure midrange seduction – think 300B SET – but they don’t excite or thrill as righteously as the 6N1P; the latter offer the closest approximation to the solid state Burson HA-160.  If I were adhering to the Schiit Lyr regime on a permanent basis, I’d be rolling in a pair 6N1P even before firing up the amp for the first time.  It better suits my penchant for tightly-wound electronic rhythms and guitar frenzies.  If you’re more beige of music taste (ha!), the 6922 are where it’s at.  The stock E88CC sit somewhere in the middle – jack of all trades, master of none. 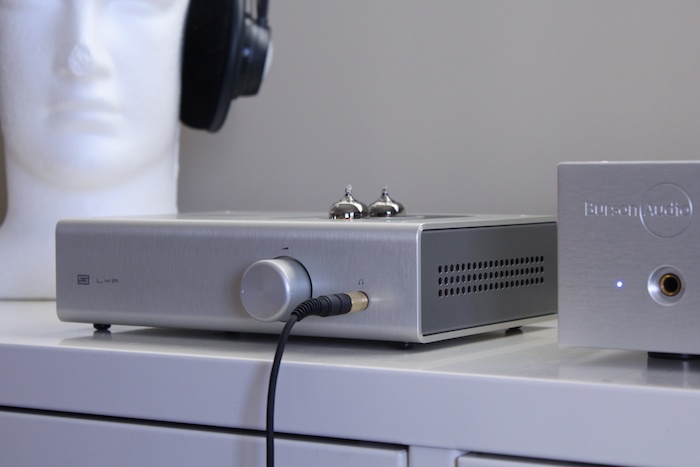 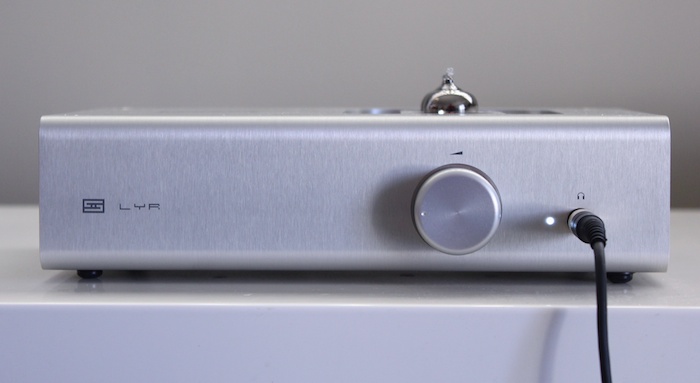 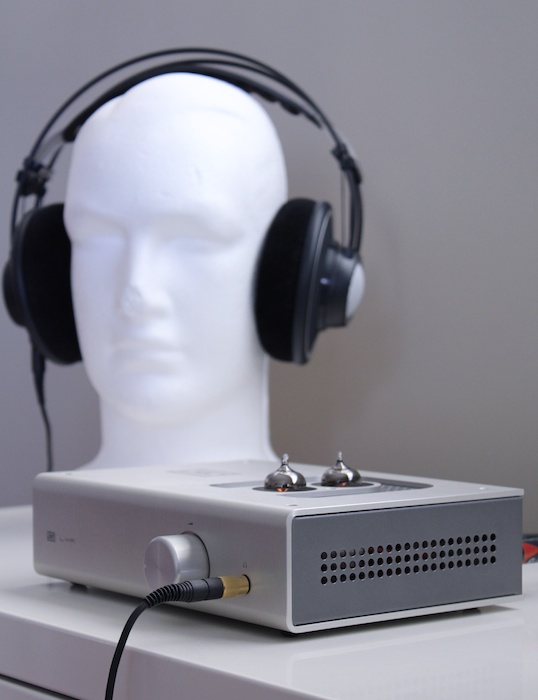 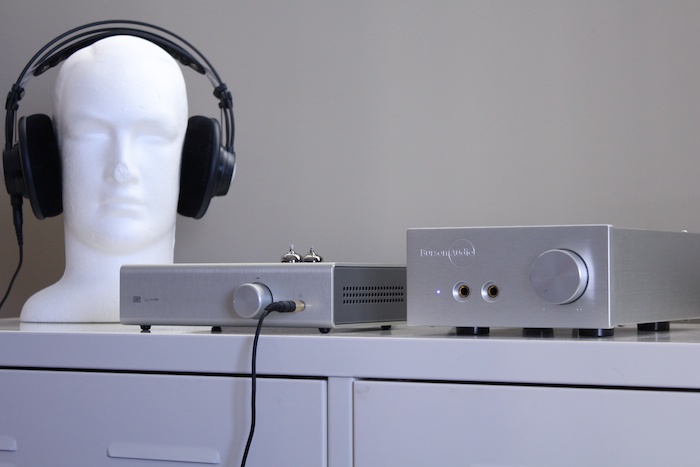 Should you prefer tequila to whiskey, the 6N1P upgrade is an all-but-essential additional twenty bucks at order placement time.  It reveals the immediate and profound sensitivity of the Lyr to tube changes.  In stock form, the Lyr runs close-but-no-cigar to the Burson solid stater, albeit for a several hundred bucks less.  However, in a self-referencing, Escher-drawn twist, there might not be a better headphone amplifier from which to start one’s headphone journey.  It has all ‘phones covered.  For those adventurous enough to roll tubes, it could start and then endat this Schiit-stop.Americaaaaaa – Schiit yeah.

Back to the 90s. New video up on the channel. Go c

I wasn't wow-d by its sound so Michael Lavorgna ha