With the UK still mired in the GFC, a domestic “Buy British” campaign is back on the agenda.  Not seen since the late 60s (Wilson-era), a campaigning for consumers to purchase local goods is seen as one of many tools to lift the British economy out of the doldrums; it’s been feeling a bit glum since 2008 GFC-devastation.

I remember it as a lad:  Buy British. In the 1980s, “Made In Taiwan” was a phrase of derision.  Nothing stirs the soul more than a sense of patriotism.  When the internet boomed in mid 1990s, with it came promises of a global marketplace/village.  Endlessly sold to us was the utopian vision of a hands-across-the-world marketplace where consumers and retailers could do business from anywhere – and to anywhere – on the planet.  Goods would flow globally (with little restriction). 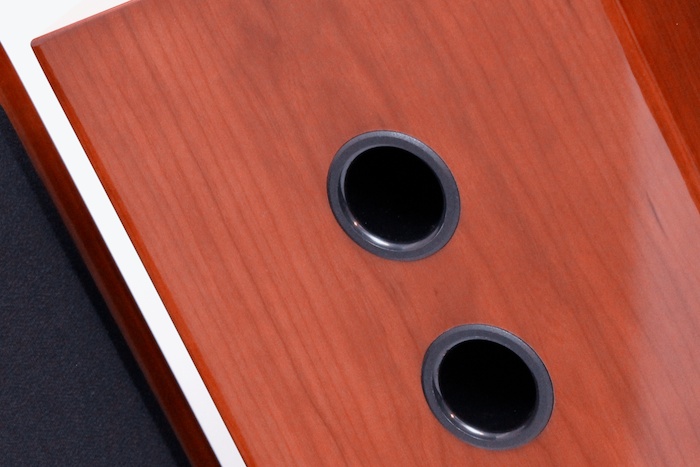 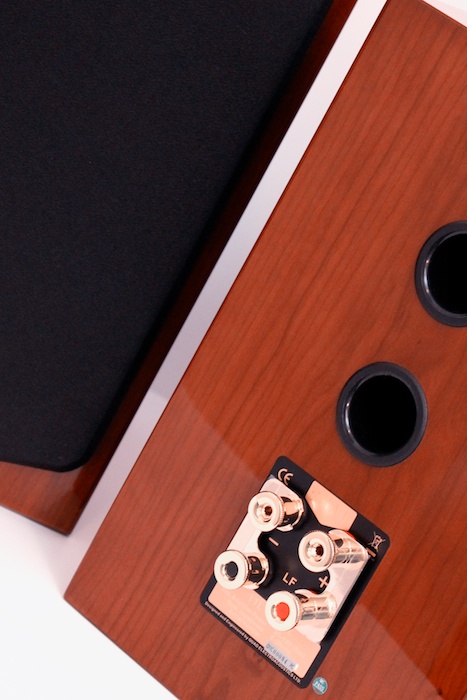 Global economy failure (Part 1):  One look at DVD region encoding and brand-specific Amazon.com shipping restrictions is all the evidence one needs to conclude that this global marketplace has yet to materialise.  For some brands in Australian hifi land, the distributor-dealer model is keeping local consumers locked out of availability and – sometimes – price parity (with the UK and US).  Look at AKG headphones.  One could land two pairs of K702 (from Amazon.com and a mail redirector) for the same as the local price for one pair.  I know – I’ve done it.  No wonder consumers are asking the most important question ever asked: WHY? 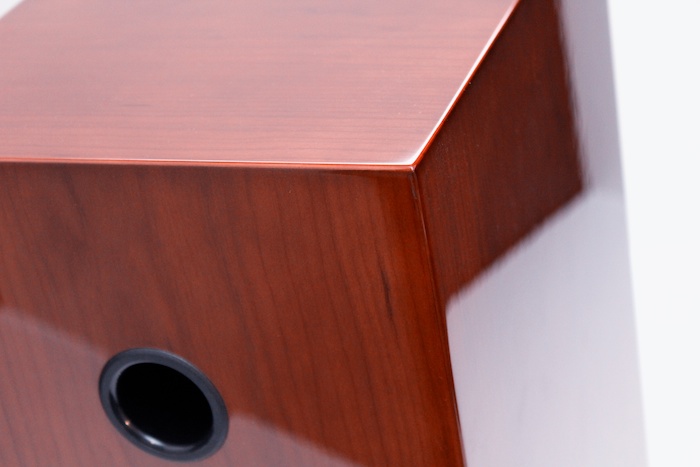 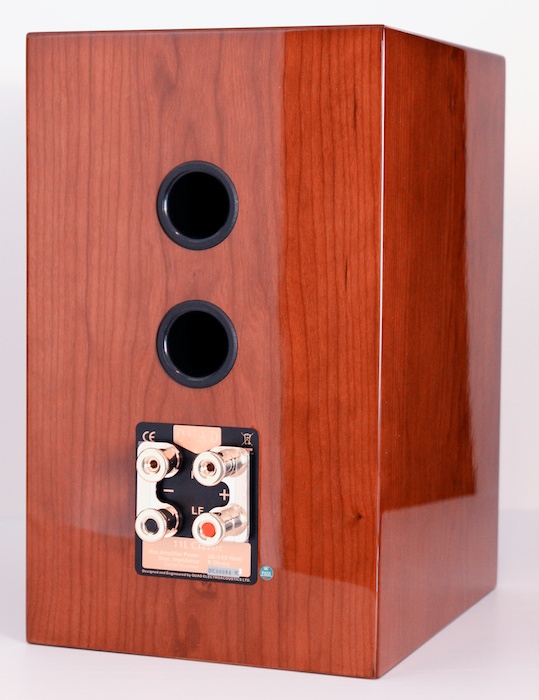 Why is it that some brands get a better Australian run than others?  Not to stoop so low as a whinge — or lower still, accusations of price gouging (too ugly for my tastes) — here are some good-time stories: ATC, Omega, Wharfedale and Usher all get the same (roughly equivalent) RRP treatment as they do overseas.  Parity is pretty.  Goods travelling in the opposite direction:  Firestone’s Cute Series and Signalpath’s Peachtree DAC/amp combo units are cheaper in Australia than the UK.  It can be done.

Little wonder that increasingly more boutique manufacturers are adopting the direct-selling model from the off.  With the geographical enormity of Australia bearing down on budget audiophiles, a DAC or amplifier might as well come from the USA or UK as traverse the eastern Australian states.  Put more simply:  if you live in Melbourne and the distributor only has audition space in Sydney (read: no dealer network), the product in question might as well be in New York (or London). 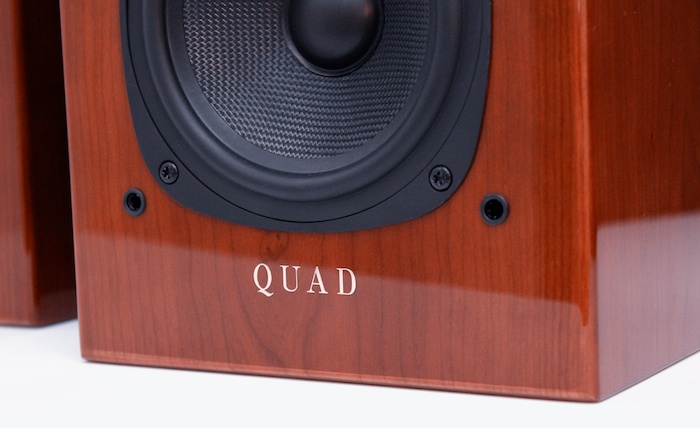 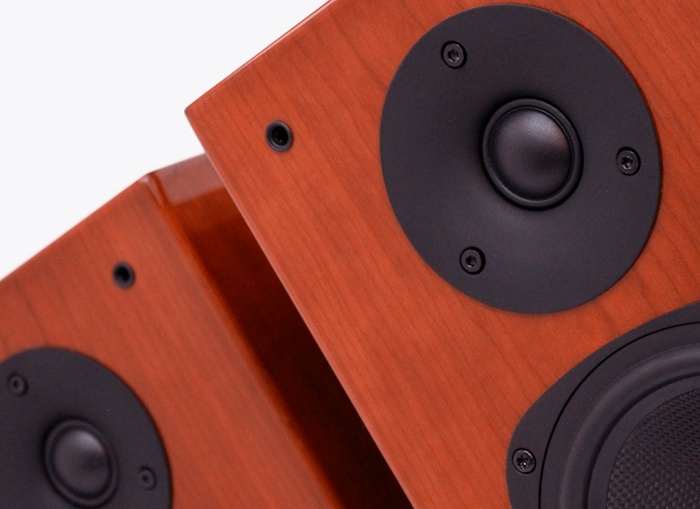 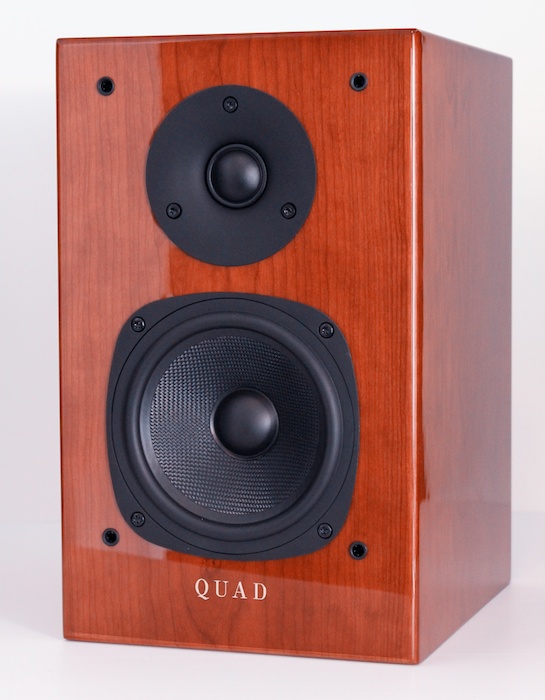 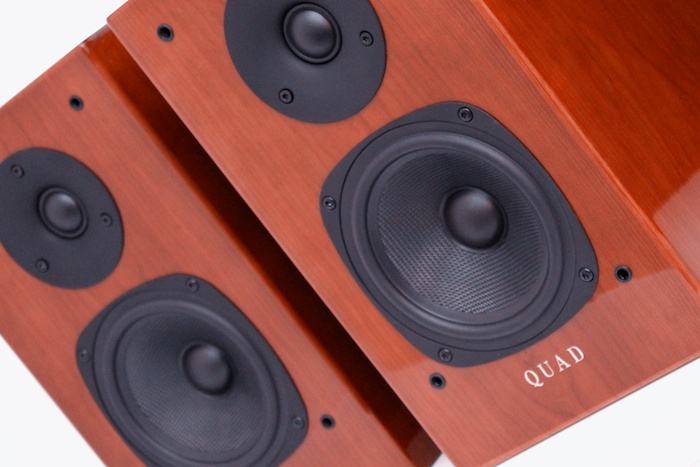 Focal know how international price variation can taint its image away from home; they sell to their worldwide distributors such that global pricing is consistent.  Global market, uniform price.

Global economy failure (Part 2):  The Quad 11L Classic (GBP379).  Three hundred and seventy nine British pounds – that’s your landed cost.  VAT (at 20%) must be subtracted, which effectively pays for express courier all the way down under.  This is the new reality for buyers wanting to take the plunge without an a priori audition.  I call it “cold-calling consumerism”.

“I am going to wait until most (if not all) the new Classic series is available before releasing any new models. I envisage the new range to be available around Christmas.”

“I can confirm however that there will the a 11L Classic, a 12L Classic, no 21L2 replacement, a 23L Classic (replacing the 22L2) and a 25L Classic (new model, much larger than the 22L2) plus a designated center speaker and subwoofer.” 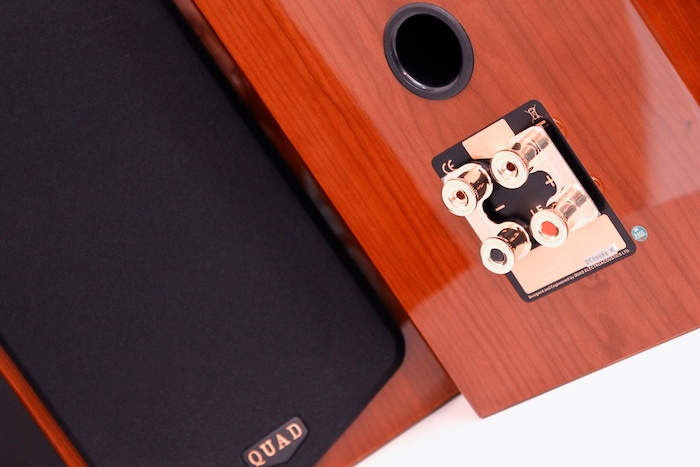 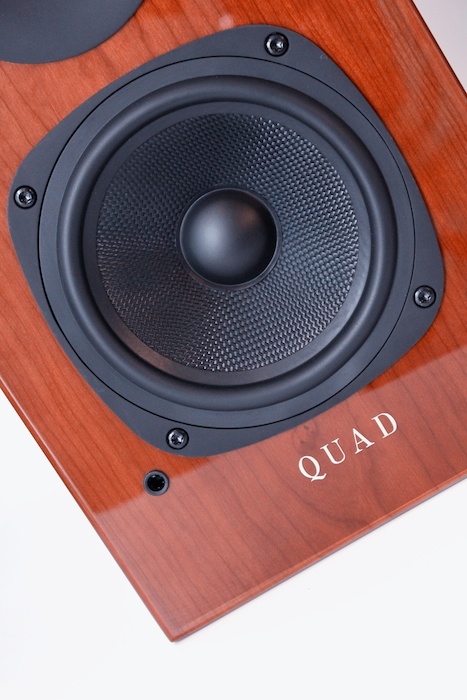 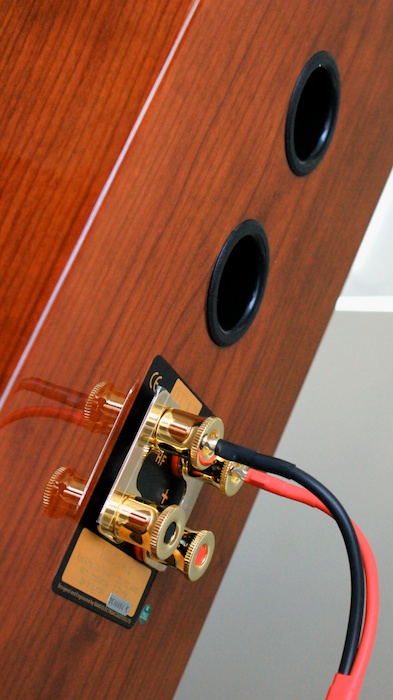 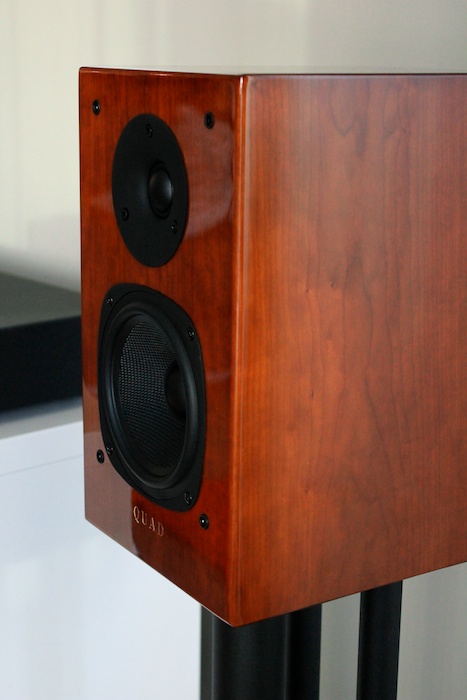 It’s not usual practice for me to drop my own coin on review items, but the global economy dictates that if I wish to review now, that’s what I must do.  If you want a pair now, a UK retailer is your best shot.  You say “Un-Australian”.  I say, “global market”.

Quad’s “entry-level” series of 11, 12, 21 and 22 have continually set new benchmarks in fit and finish.  The Classic is no exception — a lavish marriage of conservatism and beauty.  That glorious two-pack finish is the very same that’s applied to Peachtree’s iNova and iDecco.  IAG’s Chinese factory does the business.  If you don’t require the bling of piano gloss, Quad now offer a standard finish on the 11L Classic that’ll save you 50 quid.  Neato.  Show me a loudspeaker with a fit/finish that bests the Quad 11L Classic and I’ll eat my 47Labs Lens.

With the crossover tuned to 68Hz, “…the use of two ports reduces the velocity of the airflow, enabling the speakers to be placed close to a rear wall without acoustic problems arising”.  So reads the press release.

“In terms of sound quality, an intensive review of every critical component has resulted in substantial improvements. An uprated motor system has been fitted to the mid/bass unit with its 125mm woven Kevlar cone, resulting in improved linearity and a substantial reduction in midband and bass distortion levels.” Anoraks should also note the inclusion of a wave guide around the the 25mm fabric dome tweeter.

Having been an owner of the (second generation) 11L2 (AU$1099) – I recall how disconnected the tweeter could sound with certain material.  The internal overhaul from 11L2 to 11L Classic means better driver integration.  Even on a casual first lesson (after substantive burn-in), I noted cymbals and guitar transients to possess a pleasing leading edge without being as insistent as the 11L2.  To this end, the Classic version possesses a more relaxed, easy-going persona. 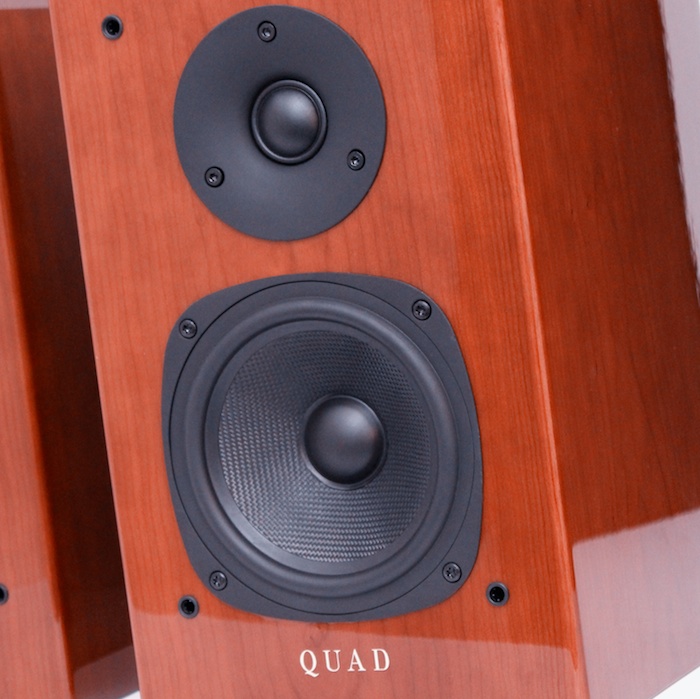 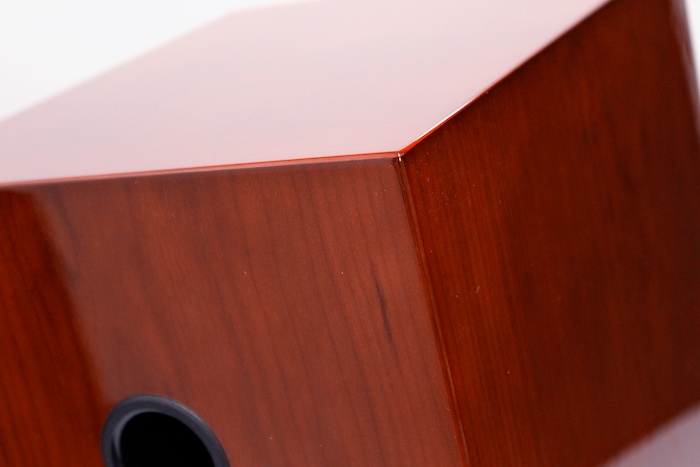 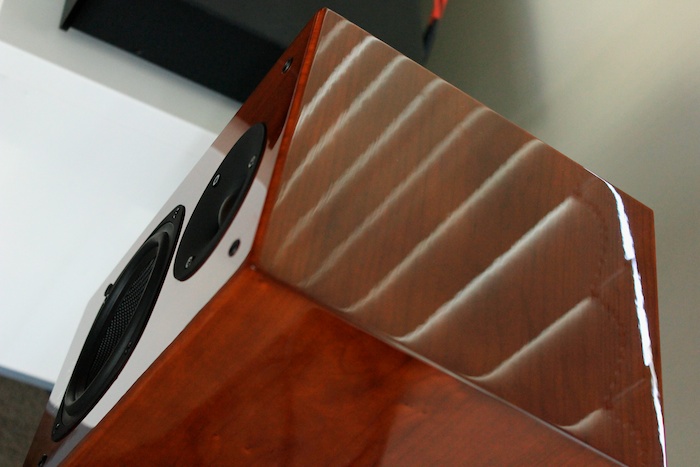 That no part of the frequency range draws too much attention to itself means the Quads sound comfortable with a range of musical styles.  There’s no evidence of a mid-bass hump, they’re unfussy about placement.  Even on electro-fizzle of Another Rother’s proto-Kraftwerk the tweeter is present-but-smooth.  It’s not as wiry as its 11L2 predecessor.

Instrumental separation and a tendency toward warmth renders their overall sound as clean and detailed.  Parallels with the Usher S-520 (~AU$400) are tough to dodge.  The 11L Classic trades all-round musical weight for a more articulate and transparent midrange.  The Quads imaging abilities also best the S-520, running closer to the ProAc Tablette Reference 8’s disappearing act.

The Quad 11L Classic can be found at the corner Wharfedale and Usher:  Diamond 10.1 (AU$420) emotive midrange expression, S-520 precision and detail.  Detail that isn’t forced upon you.  With the budget Ushers you have little choice – you are obliged to take it.  The Quads’ polite way with exceptional inner-detail retrieval can be met halfway.  I enjoy spending time with Usher accuracy and Wharfedale musicality. 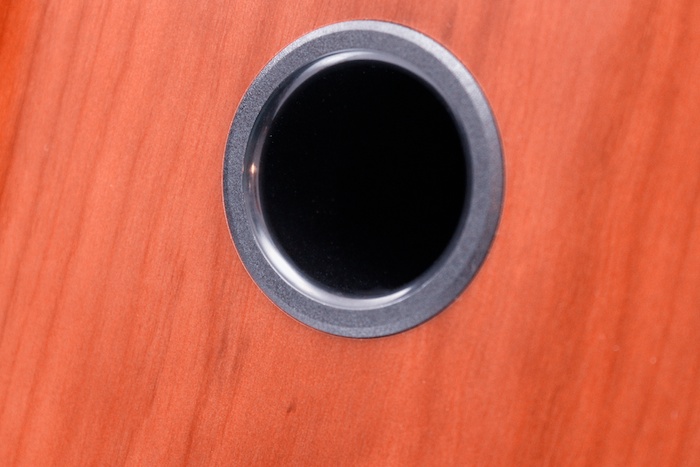 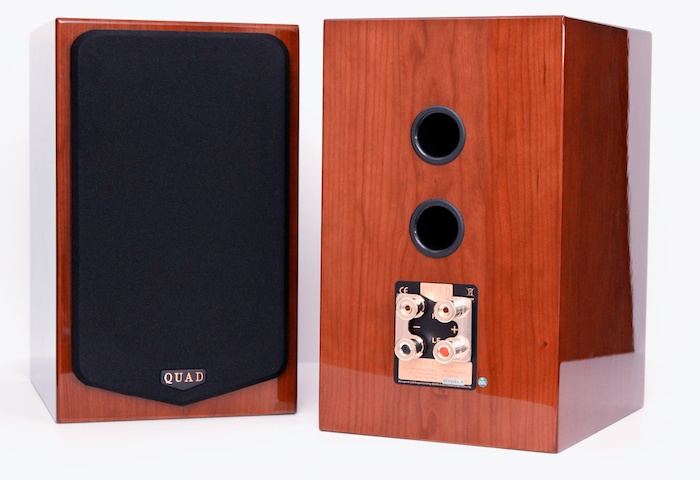 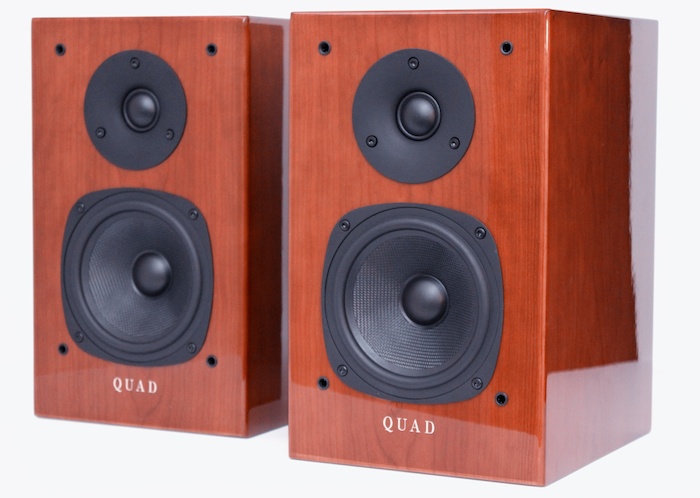 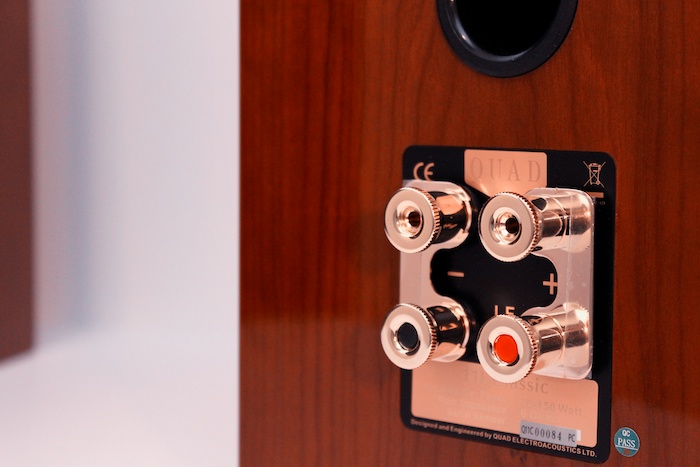 Classic Quad offer the best of both worlds.  Compromise is always part of the hifi experience.  In Quad’s case, it’s an enjoyable compromise.

Nit-pickers seeking more detail from me – and the their speakers – should note that the Quads reside closer to The House of Usher than (country estate) Wharfedale.  The Quad 11L Classic slowly submerges the listener in a deep pool of detail (should s/he so wish).  Surface swimming on calmer waters is also possible.

As cornball as it sounds, I found no annoyances or anomalies with the Quad 11L Classic’s overall presentation.  Classic by name, classic by nature.  I held fast to the same amplifier throughout all listening sessions: an Exposure 2010s2.  Not once did I feel the itch to go through my usual integrated switcheroo.  I could easily live with this pairing as my only, full-time system.  It’s a pairing that’s assured and enjoyable.

Hardfloor have been making acid-drenched techno for that past twenty years.  In fact, they’ve been re-recording the same electronic maelstrom for twenty years.  “It all sounds the same!”, cry the techno detractors.  Yup, wonderful innit?  With a huge 909 4-4 kick drum down below and a squalling 303 up top, soundstaging and room drive are both impressive – more than enough for an average Australian (apartment) living room.  Even at considerably larger SPLs the Quads’ refinement was never compromised. 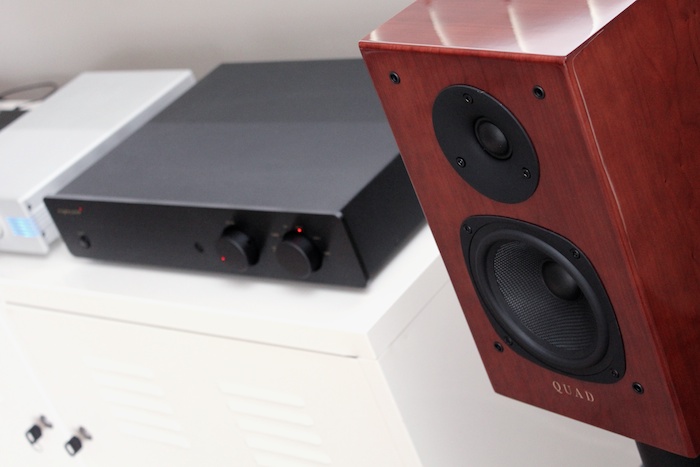 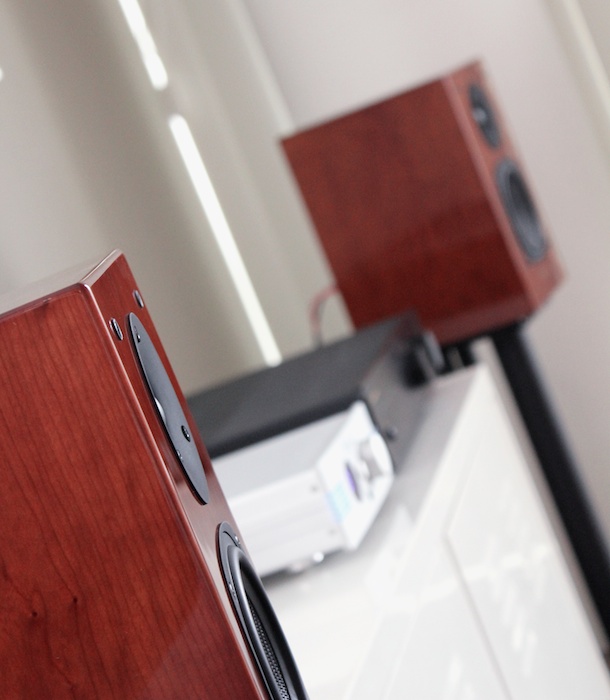 Trentemoller’s Late Night Tales compilation is a tip-toe through a sparkling midnight woodland.  The owls are not what they seem.  Despite the darkness, it’s somewhat conducive to more conservative audiophile ears:  This Mortal Coil, Low, Mazzy Star and M Ward…..all of which adopt an eery intimacy (that’s more emotionally dislocated via the Ushers).  These are songs that plumb an emotional depth – throw a coin into the cold, dark well….and wait…and wait… soundstage holography and pronounced textural information accentuates the black-ness below.  The Quads openness turns up the redemption on the confession.

What more do you want for the equivalent of AU$650?  An erudite lesson in how one can (learn to) live with less.  Not fewer boxes – cheaper, quality boxes.  For those that hang their lifestyle jacket on such a zen hook, Quad/Exposure make it possible.  No – Quad/Exposure make it pleasurable — the senses still tingle.   Anything else is just an indulgent luxury.  Nothing wrong with that, but the Quad 11L Classic can now be added to the GROWING list of products that cause one to ask something the deeply personal (and philosophical) question:  do I need more than this?  If you’re a budget hifi hound (like me) looking to juice the best sound form each dollar (Pound!) spent, probably not.  GBP379?  Buying British – priceless.