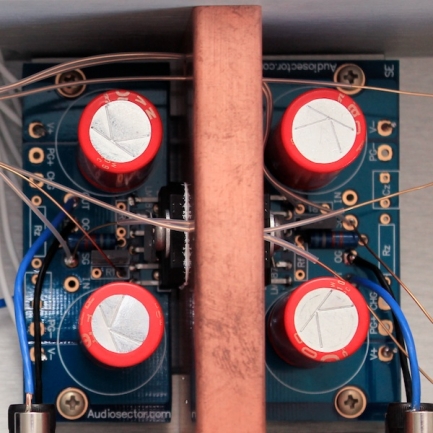 Powerpoint presentations don’t have to revert to ugly, over-animated stereotype. Not all users have contributed to its continued and almost irreversible derision as a modern communication tool.  I teach my students that it’s all about how you (ab)use it that makes the difference.  Implementation is the sole determinant to successful connotation, to making your audience understand, to allow them the freedom to dig what youre putting down. 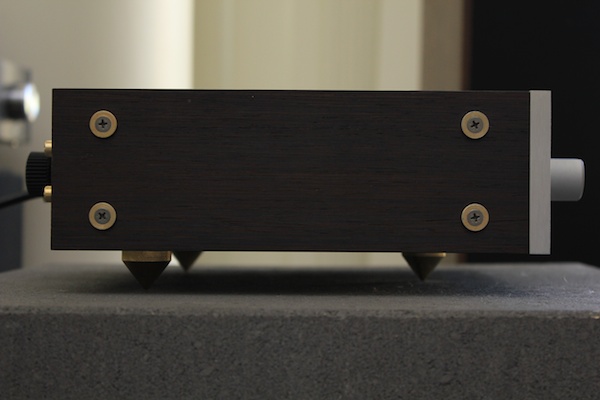 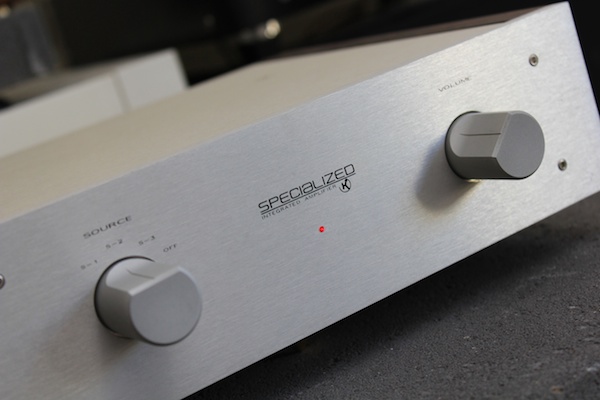 Subtelty can have as much impact as dramatic slide transitions.  A slow fade teases the message out into the open.  A minimal approach – black and white with one colour – solicits greater audience attention.  Iron fist, velvet glove.  Less connotes more.  Ten words per slide – max.  A Zen approach to Microsoft’s application is nothing new, it’s just not spoken about too often.  If everyone toes the title-subtitle-bullets line, we can all go home early.  Minimalism is here to spoil the party, to get you to – borrowing from the God machine – think different.

Nine parts was (and is) Jenji Kimura’s Zen-like approach to integrated amplifiers. Few seasoned audiophiles will forget 47Labs’ GainCard minimalist revolution. A 25 wpc integrated with only NINE parts (one of which was an op amp), an exceedingly short signal path and an external “Humpty” power supply (all up, AU$4400). However, GainCard pricing saw opinions of “daring” quickly turn to “temerity”.  How could such a small component count cause a sticker price to travel so far north? Less costs more; a divisive strategy from the Japanese. 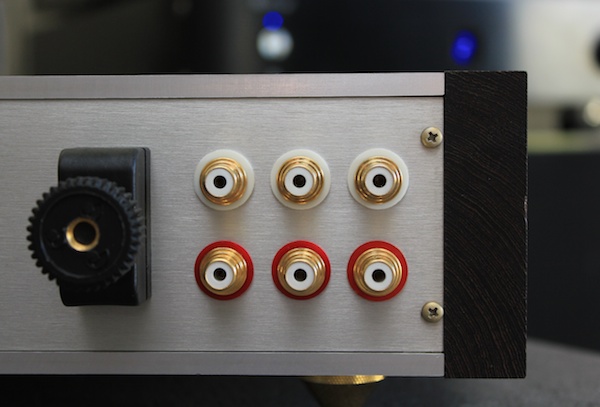 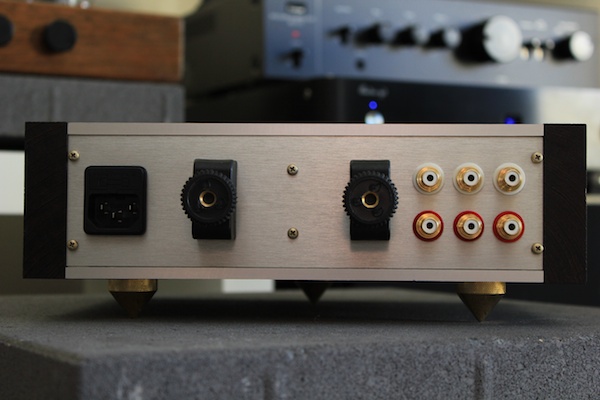 “It all started with this DIYAudio thread.  I wasn’t really aware that its been 9 years already.  At that time, like most other forum members, I was into class A amps, but from time to time I heard the name Gaincard mentioned and eventually decided to investigate what the commotion was all about. After I built my first Gainclone, my ideas about audio took a major change, all thanks to Junji Kimura, for whose influence I’m grateful.”

“In those days, there was also a lot of mystery surrounding 47Labs amps and not too many people believed that a DIY effort could even compete.  Thorsten was promoting the inverted Gainclone approach as superior to the standard configuration (that 47Labs were using) and I didn’t have a reason not to trust him, so all my initial amps also featured inverting topology. I was pretty much convinced that my amps, using inverted topology and “exotic” parts, should be better.” 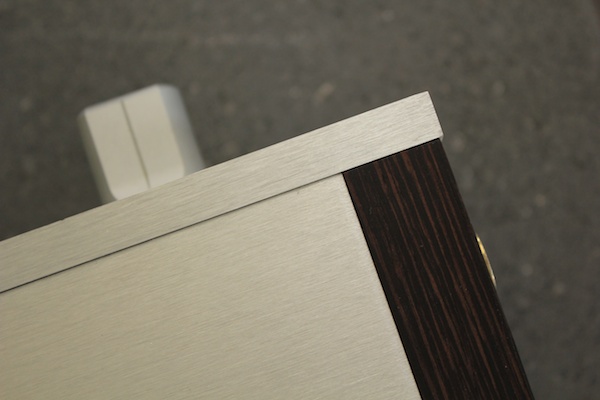 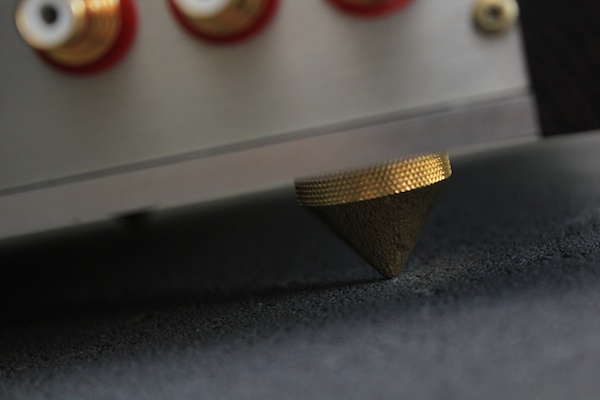 Imitation meet flattery.  Imitation meet budget.  Kimura-San held the circuit design close to their chest – the GainCard’s physical enclosure was near-impossible for Joe Shmoe to pop the lid and peer inside.  There were forum tussles over the validity of GainCard internal photos that appeared online (which were later confirmed to be the real deal).  A National Semiconductor op-amp and a few other parts weren’t gonna sting too hard.  Get a case, a power supply and away you go – your very own Gainclone.  Simple.  Zen.  Minimalistic to the core.

“The Gaincard was like nothing else on a market and I was deeply impressed by its chassis design, to a point that I actually copied it in my first commercial amp, which first prototype can be seen here.  That amp was later very favorably reviewed by 6moons.  However, that review also created quite a stir and controversy.  The US distributor of 47Labs emailed me suggesting that my AMP-1 was like a Rolex replica of the original Rolex, and I should come up with something more original, something that would have its own identity and people would recognize as my creation and not merely a copy of someone else’s amp.” 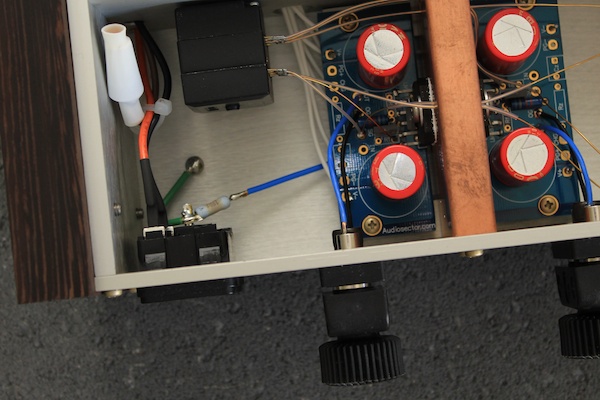 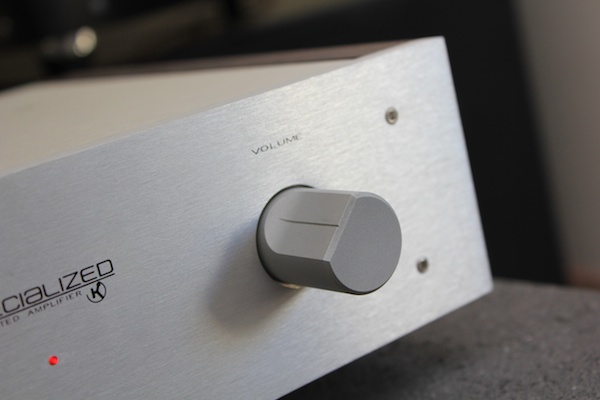 “I took the advice seriously and later came up with my own amp design; calling it Patek was an obvious choice.  The Patek prototype initially appeared here and the he current version can be seen here.  I also build a Special Edition version, with a more refined panel design.  There’s also an integrated version of Patek, with two source inputs and stepped attenuator.”

My introduction to Peter Daniel’s integrated came via its pairing with 47Labs’ Lens full rangers.  It’s a DIY-free device – a buy-direct, fully-assembled GainClone for those attempting to get close to the sound of the very same boutique Japanese manufacturer’s GainCard.  ~US$1300 flys fifty op-amp watts per channel from Canada to your door.  Some audiophile puritans will just refuse this integrated on principle alone.  They won’t like the idea of a LM3875 making busy with their gold soundz.  A few naysayers can be heard out there on audio fora, making grunting noises similar to those of the Tripath detractors.  Oh dear.  Gentlemen I implore you:  judge it on how it sounds and not what’s inside the box. 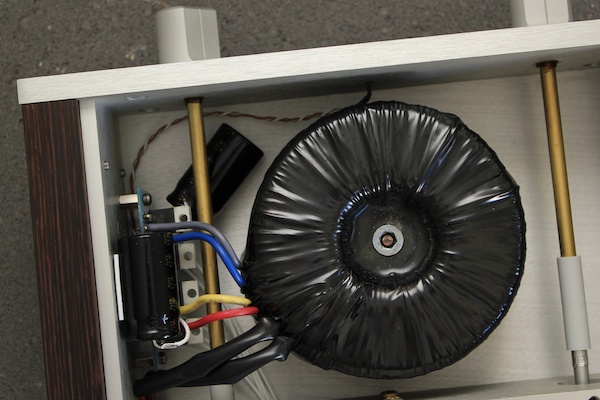 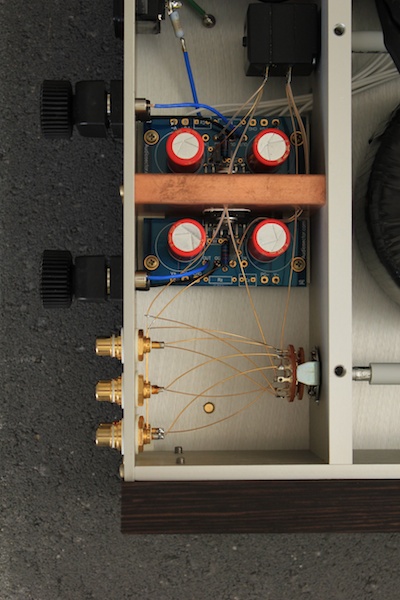 The Audio Sector metal box is arrestingly heavy (maaan).  You can already feel the value for money quotient rise as you lift the integrated from its packaging.  A huge PSU dominates the scene, fenced off from the amplifier board by a wall of aluminium.  The gold feet might look gaudy, but as Daniel says on his website, “...my listening test show that this works better than rubber or other type of feet.“.  “Fair enough“, I say.  The stepped volume attenuator and source selector switch feel unflinchingly solid during use.  Everything about Daniel’s GainClone feels unshakeably substantial.

As soon as listening sessions began, this substantive sentiment made the leap from the physical to the metaphysical.  Along for the ride came a smattering of more humble ancillaries:  a $600 TeraDak Chameleon DAC and some $2p/m Jaycar speaker cable – the AudioSector box won’t accommodate banana plugs –  as well as the aforementioned 47Labs Lens.  Conclusion qualification was brought to you by Rogers LS4a and Hoyt Bedford Type I. 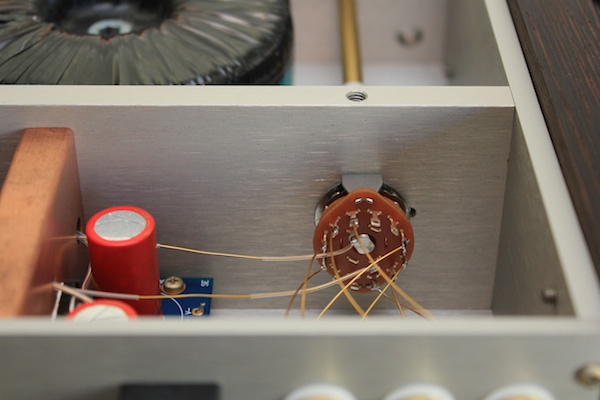 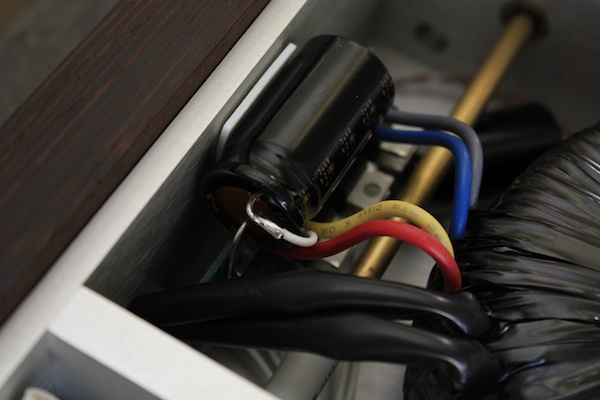 So, wassit sound like?  It isn’t transistors aping tubes.  There’s no evidence of Class D midrange nonchalance.  It ain’t warm and it ain’t cold.  It’s the epitome of neutral with a tinge of elegance.  It’s big on deconstructing the percussive complexity and articulating horn-section moisture of recent Sufjan Stevens recordings.  It exposes the compression of R.E.M.’s Collapse Into Now but keeps it on the right side of listenable.  To borrow from Stipe’s litany of evasive, interview lines: the Audio Sector Gainclone sounds ‘crystalline’ and ‘real’.  The metaphors continue:  It’s energised.  It’s a brisk walk in the park.  It’s a breath of clean, fresh air.  It’s a hint of sun that brings the first signs of Spring thaw.

Inner detail isn’t so much trawled from the deep and brought to surface but revealed in situ with an honest-to-goodness purity.  This purity of detail – accuracy – feedsmusicality (yeah, those words again).  The curtain is pulled back on the simmering emotional core of Radiohead’s “Give Up The Ghost” and we stand astonished.  It’s taken until now for this album to click into place – is my patience being rewarded or does this GainClone have a different take?  Soundstaging is both deeper and wider than the Dayens Ampino (in residence for a side-by-side comparo morning).  The Ampino offers more wafer-thin tranches of solid-state dryness. 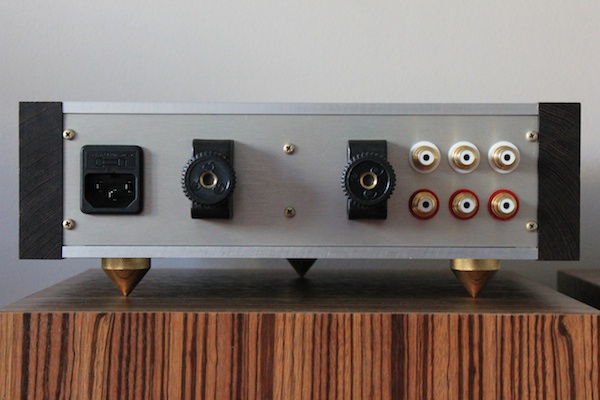 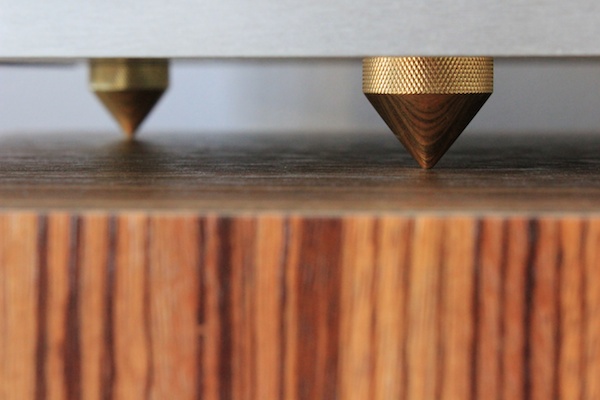 The AudioSector lacks the extra fat tissue of tubes.  It’s more skeletal.  Its bones more athletic.  Its Zen (Powerpoint) presentation makes superb use of white space – instruments are more alert by constrast.  And nope, there’s no hash.  This amplifier is tomb-silent across the board.

Getting the right amplifier for one’s loudspeakers is a choice fraught with peril.  Ditto Powerpoint and font selection.  The driest of transistors might connote Courier New, 300B tubes a brush script, EL34 could be a Times New Roman.  Whilst the Serbian Ampino suggests suggests Verdana or Arial, the Canadian Audio Sector is almostwithout serif, but not quite.  Gill Sans MT would nail it.  Solid state with a hint of elegance.  ‘Legato’ is where its head is at. 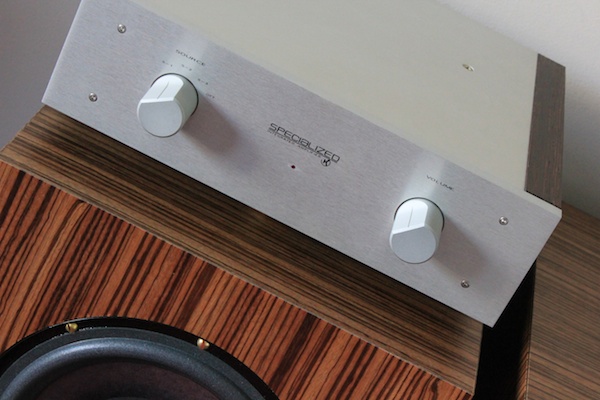 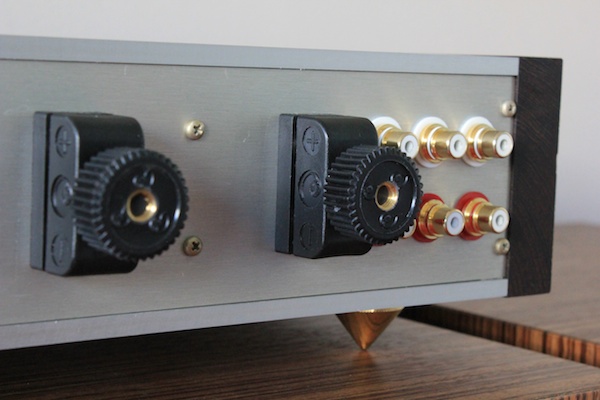 To these ears, Peter Daniel’s careful component choice, case design and PSU specifications bring a combination of head and heart to the listening experience.  Micro-dynamics are taut and underscored:  rhythmic running men painted with the most definite of brush strokes.  There’s no hint of hesitance and – returning to the Powerpoint analogy – no tacky text animations or whacky slide transitions to distract from its directness.  A gentle fade will always trump the biggest of 90s cliches: the fly-in. 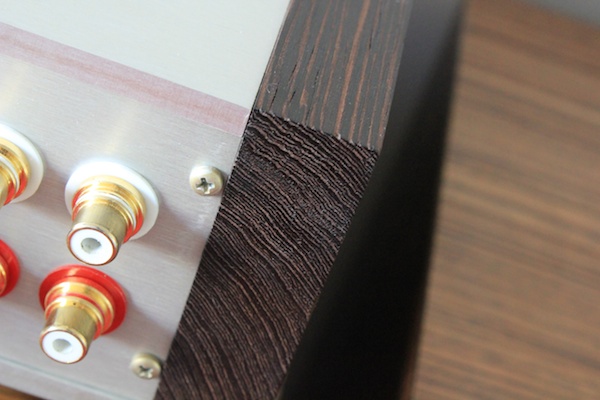 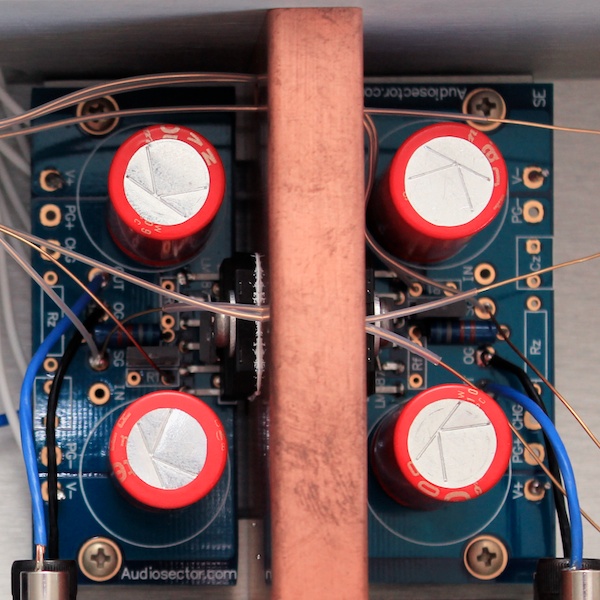 White space isn’t overdone to the point of instrumental disconnection; musical coherence a strong suit.  Even during the simple passages of Desolate’s “Divinus”, piano and beats are tied together despite their very separate soundstage locations.  Articulation is elegant, precise and delicately emphatic.  Fire up anything with industriously complex layers (Nine Inch Nails’ “Capital G”) and hear it unravel without mis-step or foul word.  Electronic music fans take note: when surrendered to the Audio Sector GainClone, Desolate’s moody atmospherics are rendered as tonally beautiful with a sleek linearity. With these descriptors alone it trumps the amplifier at the heart of the Peachtree iDecco.  Not by much, but enough to make comment here.

The Audio Sector GainClone offers a sound redolent of the beauty of open heart surgery.  A sound where precision meets – no, demands– elegance.  It’s a solid state amplifier for tube lovers who want to retain the tonal colour of their 2A3 (or similar) but also yearn for a tighter, more disciplined sound. 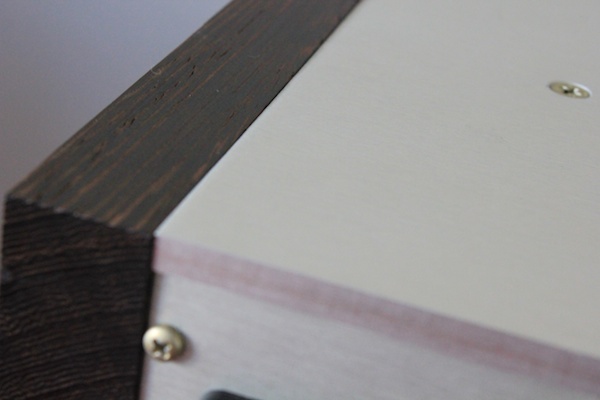 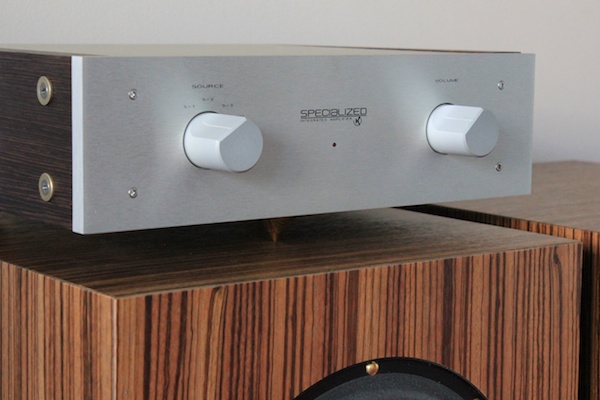 However, this isn’t an amplifier for the crudities of slam and drive.  Higher sensitivity loudspeaker owners will be better served.  Got 85db standmounts and wanna rock till you drop?  Look elsewhere.  Others will recoil on principle.  Some might not even care.  After all, it’s just some jumped-up DIY project, right?  Wrong.  This is an amplifier secret best shared with those of open mind.  It’s a Powerpoint presentation of zen minimalism – not everyone will get it.  Despite Kimura-san’s groundbreaking design recently passing its tenth anniversary – and the Audio Sector Gainclone its ninth – it still feels like an outsider’s choice.  A choice for the forward thinking common man.  One that bring cleanliness without artifice.  Peter Daniel knows it and – having heard the thing – now, so do I.  It’s never too late to spread the word…an integrated from Canada whose genetic code of (47Labs) Zen minimalism has been re-tooled for the common man. 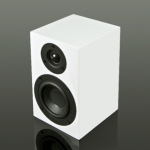 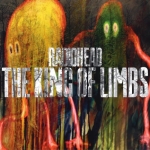