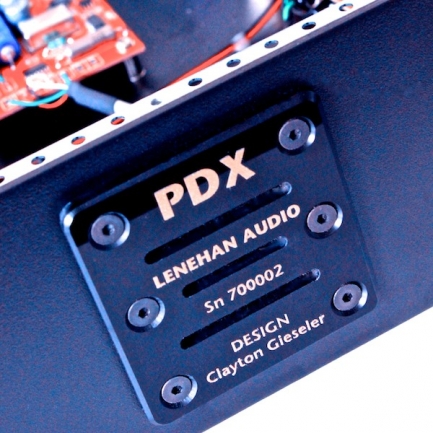 Audio equipment reviews are time-sensitive missives. In the world of digital front ends, there is much work to be done. In this writer’s opinion, many manufacturers have a long way to before transports and DACs approach the liquidity and the detail of (what are now vintage) CD players from the 1990s. Hello Marantz. Rega’s standard issue CD players that sell for less than AU$2K would probably show a clean pair of heels to the average computer audio front end at work in your lounge room.

Such is the speed of progress in the DAC world that if you’re reading this in the 2012, chances are most of the aforementioned DACs will have been surpassed, superceded – some even by their own manufacturer. This only adds to the confusion of “which DAC is right for me?”. It’s a moving target.

My top DAC picks of 2010 have talents that were unsurpassed by rivals at their respective price points: the TeraDak Chameleon (AU$580) and the Eastern Electric MiniMax (AU$800). In both cases, the Chinese nailed it. Soncially, they are polar opposites for each other. The TeraDak is of a very liquid NOS disposition with solid PRaT but lacks dynamics and detail (“musical”). The MiniMax has the heart-stopping detail retrieval but comes up short in the organics aisle (“accurate”). It takes two separate DACs to get a tent in both camps – nearly everything is a compromise in audio – and that’s ok. Think of these two DACs as my budget references. 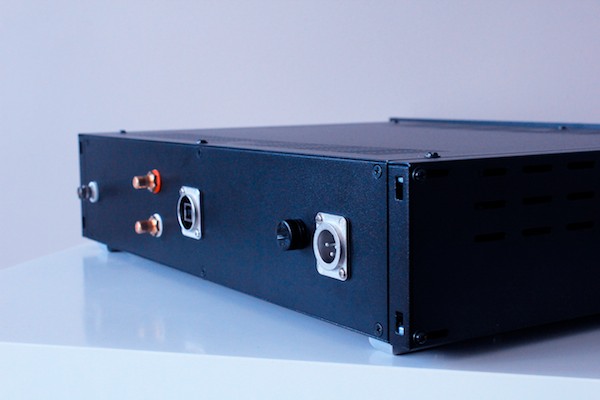 Moving up the decoding food chain, I can’t see anyone getting close to the eye-popping engineering of the Audio-gd range.  Their top-of-the-line model – the Reference 7 – runs 8 x PCM1704s and clocks in at US$1790 + shipping. The one and only time I heard it at a friend’s house it sounded glorious – just so utterly *right*. It doesn’t feature in the Darko DAC Index as it has yet to grace my home with its behemoth-like presence. However, the 4 x PCM1704-furnished Lite DAC-83 (AU$1750) recently scored five whole stars on these pages and underscores the wisdom of the Burr Brown chip choice. Both the Audio-gd and the Lite implementations share a sonic signature that’s detailed, spacious and “meaty” – a signature that’s not as upper-mid-bright (which I like) as the Sabre ESS implementations from Eastern Electric and Peachtree. Think of the Lite DAC-83 as my more expensive (but still affordable) reference.

The Lenehan Audio PDX is a product from Brisbane-based Mike Lenehan, an affable and enthusiastic chap who has made his name in Australian Hifi circles as making one of the finest standmount loudspeakers one can buy for ~AU$3000. The ML-1 has been king of the standmount heap for many audiophiles here in Australia for a good few years. Lenehan’s aim with the ML-1 was simple: ACCURACY. For the PDX, Lenehan has partnered with local DAC guru Clayton Gieseler. 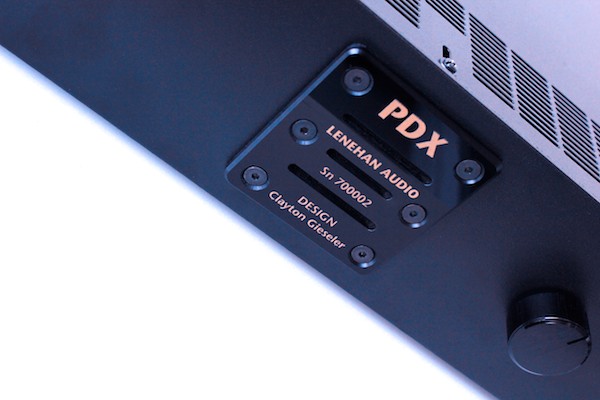 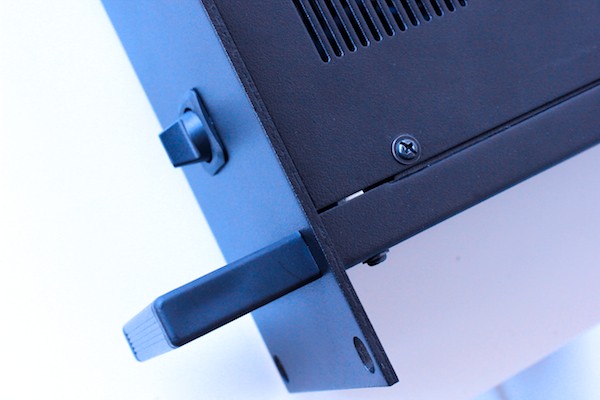 My review unit was the base level PDX (AU$1900). That means a single box with dual, premium “U-K”-grade Burr Brown PCM1704 and single BNC digital input capable of native 24/96 decoding – no NOS here. Gieseler explained, “…the PCM1704 is difficult to use in NOS as it is a mono DAC & needs decoded left & right data. Most chips used in NOS mode use stereo DAC’s i.e. TDA1541 or AD1865. They are simple to implement as you only need two chips – the SP/DIF receiver chip output goes straight into say – TDA1541 which has internal decoding to separate the left & right data. In the PDX I use use a DF1704E oversampling digital filter which also decodes the left & right data which is then sent to the left & right PCM1704 dac chips.” (For those curious about implementing a PCM1704 chip as NOS, there’s a technical exposition here.)

Whilst I was in Q&A email mode, I also asked Mr Gieseler what informed his choice of DAC chip?

“Mainly Michael Lenehan’s advice being that the PCM1704 was the best DAC to use in his opinion. Also it had to be multibit. My own research also confirmed that the PCM1704 was used in a lot of top brand DACs. ie Krell, Mark Levinson, Wadia, Simaudio – the list goes on…”.

Me: “Why did you go with a tube output stage?”

Gieseler: “Once again this was one of Michael Lenehan basic guidlines. Also the tube output works well with the totally non-filtered output stage of the DAC chip.”

Me: “Can you tell me a bit about the choice of power supply?” 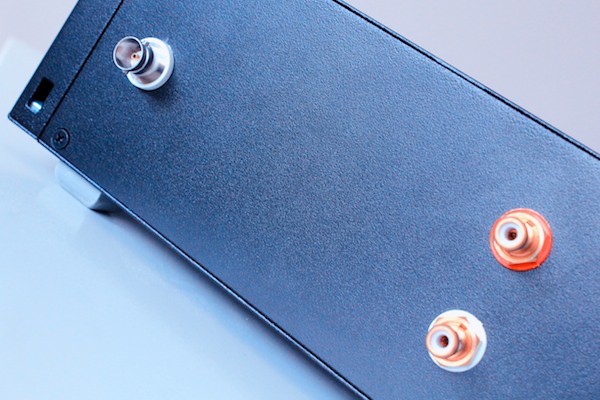 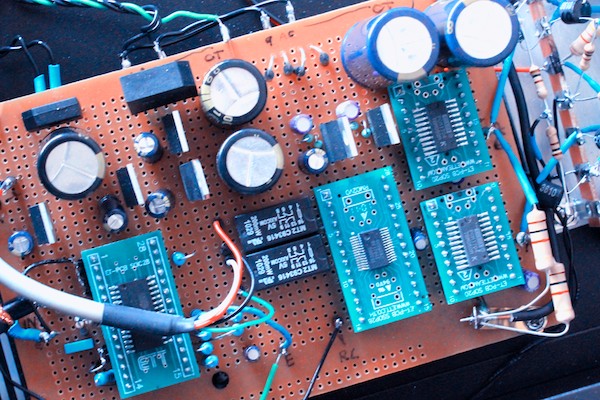 This particular base level unit had also been tricked out with a USB port (+AU$200), an opto-coupled analogue volume control (+AU$250) – indispensable when volume matching sources for A/B comparisons. All up, AU$2350. After the first twenty-five units have been sold, this price will rise by 18% to AU$2773. I did the Maths so you don’t have to. Oh yeah, the tubes in the output stage had been rolled from the stock Electro Harmonix (6922) to Genalex varietals.

Some initial thoughts: the PDX can – and does – rock. In my initial test system of Trafomatic Experience Two 300B integrated and Hoyt Bedford Type I, it found no favour with any one specific genre of music – it sounded equally great with Neil Young, Joanna Newsom and DJ Surgeon. It had an urgency that was instantly appealing. It didn’t sound “tubey” – the valve output stage sounds totally transparent. Transient edges have bite but are tempered by a degree of sleekness. I also noted a subtle sweetness in the highest of frequencies that I’d not heard in other DACs. Describing treble as “sweet” is one of the bigger audiophile cliches, but there it was – very pleasing to these ears. 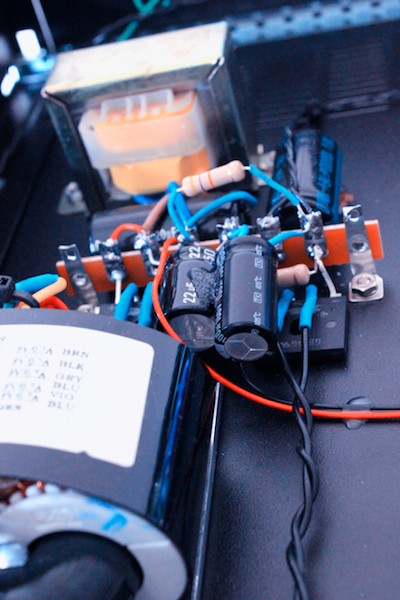 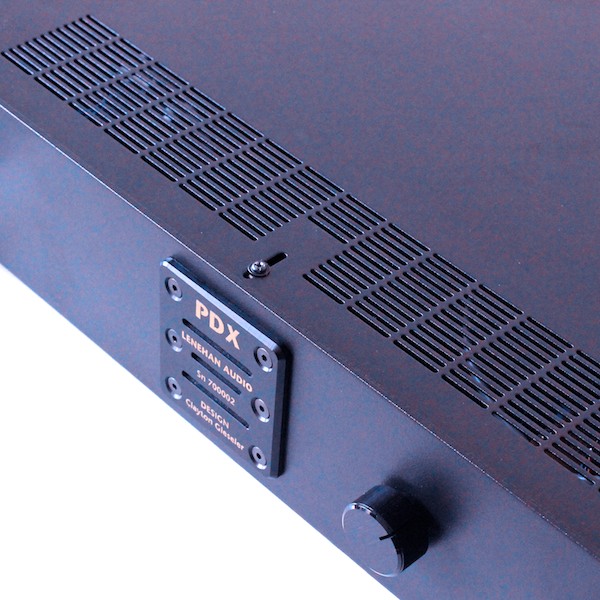 The PDX showed its 1704 underwear early on. It had that snap – ’twas faster than the MiniMax. PRaT-wise, the Chameleon runs tight behind the PDX, almost its equal. Unsurprisingly, the PDX beats the Chameleon on dynamics, inter-spacial information and instrument separation. In the shadow of the PDX, the MiniMax sounds less ripe in the midrange. The PDX treble is a smoother, more refined sugar. A greater sense of ease and surety was also evident when decoding via the Lenehan box. Interestingly, the PDX and MiniMax were equally matched in terms of detail retrieval and bass weight.

However, the PDX drew a line in the sand with tonal richness that its cheaper rivals couldn’t cross. Maybe it’s a PCM1704 thang, but the PDX gave up more instrument shape and clearer evidence of three dimensional staging of said instrument. The PDX represents the lassoing of the best features of the TeraDak and the MiniMax. It’s also similar to – but not as liquid as – db Audio Labs’ Tranquility SE (US$2395). 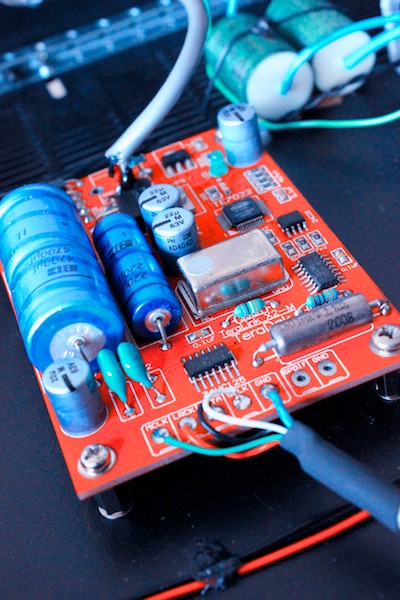 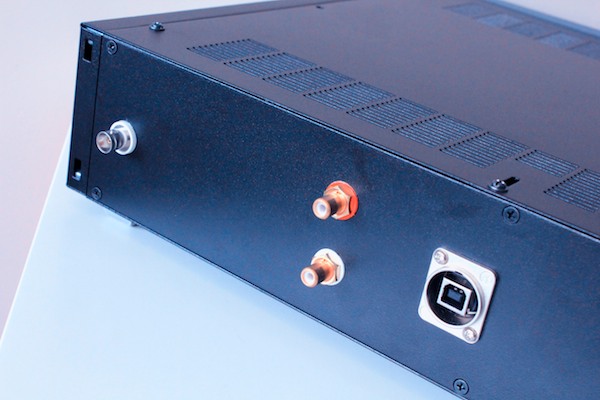 Saddling one Squeezebox Touch horse with the USB audio hack (to feed the Tranquility SE) and hitching a Lenehan Audio dTek digital cable to the other Touch (to feed the PDX), I had me the customary showdown. DACs at dawn. The test system then comprised a Virtue Audio Sensation M901 attached to the aforementioned Hoyt Bedfords. Nary a wafer-thin wedge could divide the two – slightly more pronounced dynamics from the PDX…perhaps. The PDX’s tube output tip-of-the-tongue-candy-coating on the lip of snares and guitar licks rendered it a shade smoother with harsher recordings. I preferred Nick Cave and The Bad Seeds’ raucous “Jangling Jack” with the PDX at the helm – it took stricter control of such densely complex material.

Changing the loudspeakers to the budget-but-astonishing two-ways of Usher S-520 mirrored the comparo results of the Hoyt Bedfords: with Squeezeboxen as transports, it’s tough to pick a “winner” from PDX vs Tranquility SE. I’m sure both manufacturer’s could expound extensively on how their products are “unique”, but that wasn’t the case with my more modest test system. That’s intended as more compliment than insult: both DACs sounded astonishingly good. 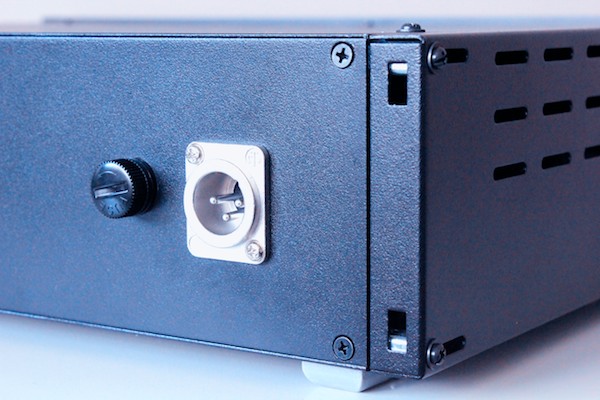 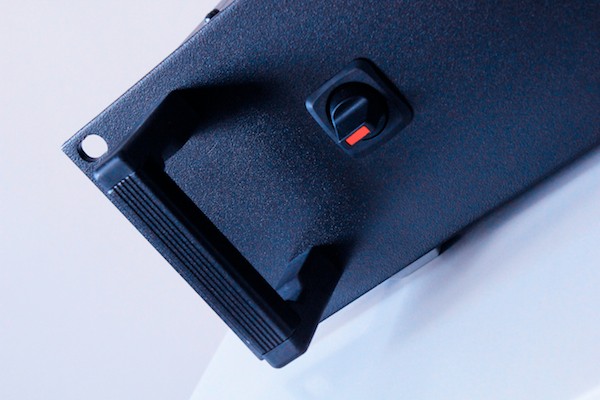 Let’s try a different amplifier. REDGUM’s Sonofa’GUM 5500 exerts stricter control over the Ushers – maybe it would show small differences in bass tightness, imaging or dynamics? The PDX nudged the photo finish again with a more amorous take on transients – a hint more romance and for those that regularly dig the weightlessness of a John Martyn’s Solid Air. Switching the PDX out for the Chameleon confirmed that more pronounced differences could be resolved when they existed. The TeraDak is a leaner, more humbled (inferior!) device in the presence of the PDX. It’s also a quarter of the price.

The PDX has the connectivity edge over the Tranquility SE if one chooses so (at time of ordering). The USB input can handle 24/96 natively and sends I2S direct to the DAC chip. However, products such as the M2Tech Hiface are making USB inputs increasingly irrelevant My advice to DAC manufacturers AND DAC consumers: don’t sweat the USB specifications. Case in point: bringing transport improvements to my MacBook Pro by way of John Kenny’s battery-modded Hiface (attached to a MacBook) takes the PDX’s performance over the hill and far away, leaving the Tranquility SE owner to ponder again the “wisdom” of vanilla-USB-only. So yes, the PDX responds to transport improvements. 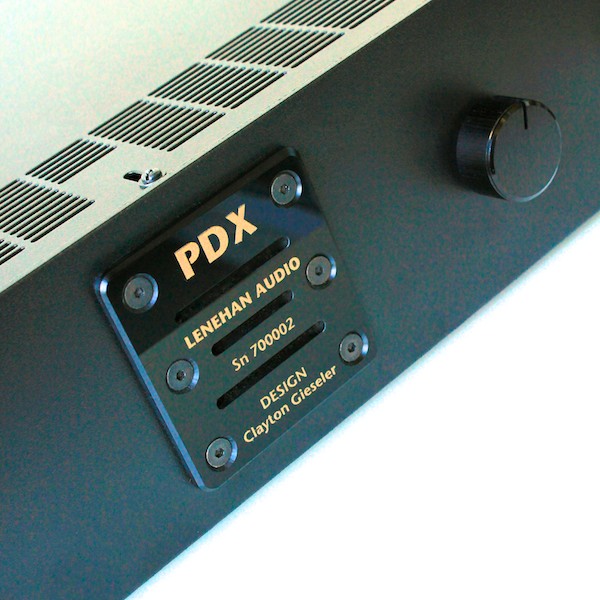 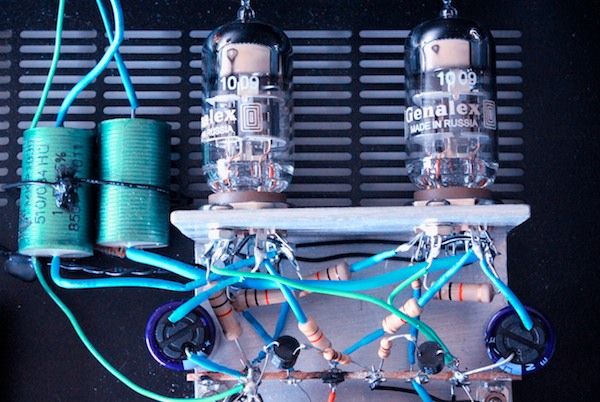 At Lenehan’s place in 2010, I heard a 1990s vintage Marantz CD edge out a MacMini as transport for the Level 2 PDX, but CD transports remain beyond the scope of this website; we’re all about computer transports here. That experience had me pondering: how much could John Kenny’s Hiface have closed the gap on that particular day? Captain Hindsight and his three friends: coulda, woulda and shoulda.

So why would one spring for a Lenehan Audio PDX and not a Lite DAC-83? That will come down to personal taste. I’ve always been a dark chocolate kind of guy. Bounty bar? Dark. Chocolate Hob Nob? Dark. Terry’s Chocolate Orange? Dark. To these ears, the Lite-DAC 83 is the darker chocolate of the two. It’s more cocoa rich and not as overtly sweet as the Australian rival. The PDX is pure milk chocolate: smoother, sweeter, with more head-rush.

The Lenehan PDX is a DAC with a tent pitched in both musical and accurate camps. It offers superior performance to both of my aforementioned budget reference units – it taps the best of both worlds. It’s commanding, fast, detailed and organic…and doesn’t take much of a linguistic leap for this reviewer to reach for top-shelf compliments: the PDX is analogue-sentient with a candle-lit warmth. 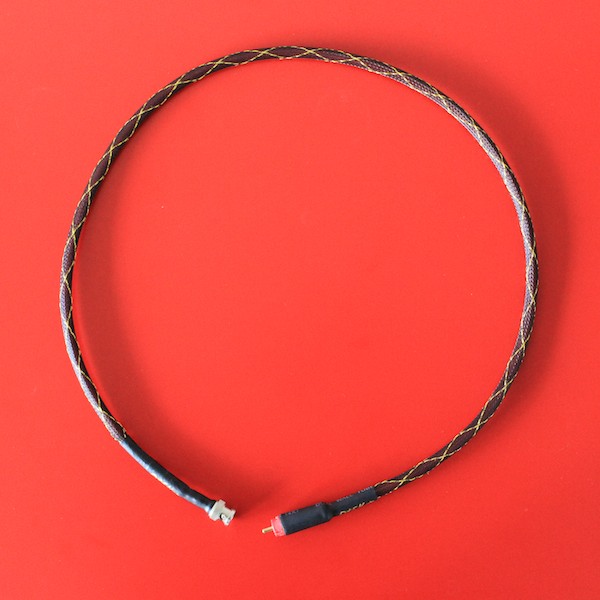 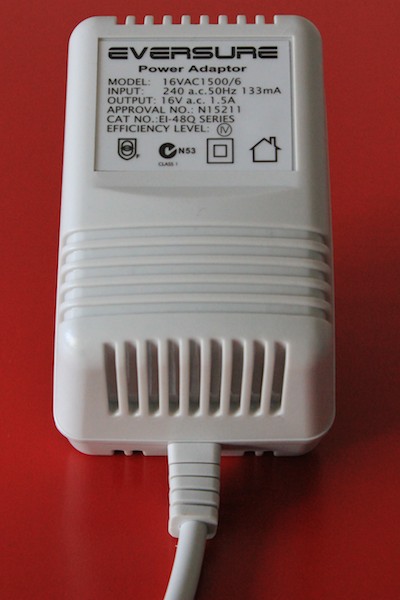 When dollars down edge $2000…and then move beyond that, the budget conscious audiophile will be looking for an endgame DAC move. One that will last him several years. The base level PDX DAC is such a product. It’s refreshingly home-made – with a face only a mother could love – but you get unrivalled support and upgrade options when the upgrade bug bites: Level 1 (+AU$300) and level 2 (+AU$1250) are available. As such, a Lenehan Audio PDX is for life and not just for Christmas. If you’re looking for a long-term commitment with your DAC and its manufacturer you should secure an audition at Lenehan’s yard at your earliest convenience.

Despite some serious competition from China, the PDX is an Australian-made DAC with a winning sound and un-rivalled local support. 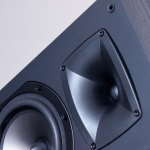