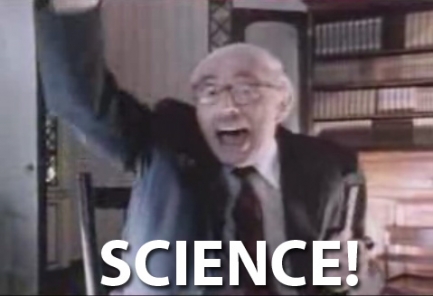 I still don’t understand it: people that buy cars capable of break-neck speeds only to be legally hamstrung by the national speed limit. They’ll regale their mates with details of their car’s theoretical prowess but they don’t own a test track, they’re not Jeremy Clarkson, they CANNOT do anywhere near its top speed out on Australian roads. 110km/h and they’re done. Luxury interiors and more sophisticated braking systems I get, but if speed is your overriding concern you might as well buy a Kia as buy an Audi. Well, not strictly true, but you get my drift: why buy something you can’t use?

Digital audio offers an opposite but equally bemusing quandary: hi-res-capable DACs aplenty – on which to drive our hi-res files – but woefully few hi-res files to choose from. Sure, there’s a smattering of 24/96 to be found on hdtracks.com and the like, but can one buy the David Bowie catalogue in 24/96? The latest Richie Hawtin release in 24/192? No and no. As Morrissey once opined: (the music at hdtracks.com) “says nothing to me about my life”. To be fair to hdtracks.com, I’m sure they’d offer more if they could. Like every other online music store, they’re no doubt bogged down by licensing red tape. But let’s face it, their target market seems to be middle-aged, MOR-loving men. “Nothing wrong with that”, you say. “But it’s such a cliched niche market”, I say. I’m not arguing against it. I’m simply pointing out that not every audiophile and/or music lover digs Diana Krall or Keith Jarrett. Ditto linnrecords.com.

Broader uptake and availability of 24/96 releases are caught in a seemingly chicken-and-egg entanglement: there’s no supply without demand and there’s no demand without supply. Witnessing the expansion of hi-res audio catalogues is akin to watching glaciers move. Inter-regional licensing complications still cause issues for “normal” (read: 16/44) files. Unless someone like Apple get behind hi-res audio, the widespread availability of such releases as a de-facto standard appears to be MANY years away…at which point they’ll get us to buy our collections all over gain.

And yet audio manufacturer’s march on with 24/192 capable DACs (sometimes as if this were the ONLY goal worth considering). I can’t be the only one who’d prefer to hear a 16/44 DAC done right than attempt to nail the hi-res water to the wall. Manufacturers are mesmerising us with their numbers; we must steel ourselves against temptation to spend on hardware that we cannot (yet) best utilise. The recently released M2Tech Young promises 32bit/384kHz capability. But what the hell for? Buy it because it looks amazing and sounds good with your existing digital files and not because bigger numbers on the spec sheet promise audio nirvana that’s “just around the corner”. The “32/384” should be the icing and not the cake itself. Let us not be blinded by science.

Surely I can’t be the only one to own but a handful of hi-res releases (that sum to no more than a day’s listening)? I’d be quite happy with a good Redbook-restricted DAC because 99.9% of my digital audio collection is Redbook. Yes, I splurged on the 24/96 version of Steely Dan’s Gaucho. Yes, it sounds superb. Yes, it sounds superior/cleaner/tighter when compared to a 2004 16/44 FLAC remaster of the same. But what about Aja? What about Countdown To Ecstasy? What about EVERY OTHER ALBUM I OWN? Nine Inch Nails’ The Slip might be 24/96 and FREE but, for now at least, such hi-res releases are interesting sideshows to the main event. And that main event – for the time being and for me – remains resolutely anchored to 16/44….not because I’m resistive to change but because music I like is rarely available as anything but a good, old fashioned 16/44 download. 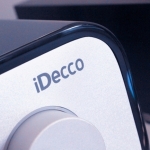 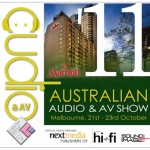