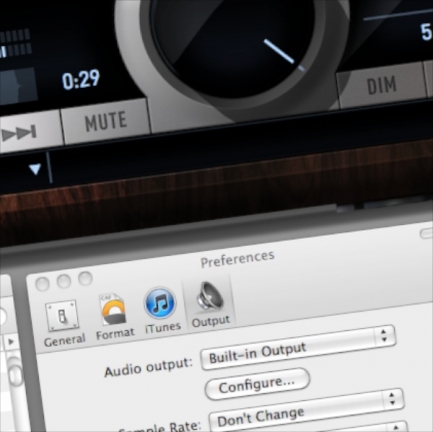 Fidelia is an elegant and powerful music player created exclusively for Mac OS X. Designed in Cocoa from the ground up, Fidelia proudly takes advantage of CoreAudio, Quartz, and other solid OS X features.

It supports FLAC and Ogg Vorbis, can be controlled by Fidelia’s iPhone/iPad app (AU$12.99), syncs with your existing iTunes library and sports iZotope-powered dithering.

Multiple Formats, Maximum Control
Heavily compressed audio files aren’t for everybody. That’s why Fidelia gives discriminating listeners robust control over how their songs are captured and stored. Tracks can be imported in AIFF, WAV, CAF, AAC, Apple Lossless, Ogg Vorbis or FLAC formats. You can also convert existing files to any of the above.

Sync with iTunes Library
Enjoy seamless and continuously updated access to your iTunes library, including user-generated playlists. If and whenever you like, decide for yourself which portions of your iTunes collection to reformat or reorganize in Fidelia.

Create Playlists
Craft your own personalized playlists in seconds. Simple click-and-drag controls allow you to draw from your complete Fidelia library to build lists of any size or style, mixing and matching file formats at will.

iZotope MBIT+™ Dither
iZotope’s MBIT+ dithering algorithm features psychoacoustic noise shaping based on research with actual musical material, making it the best sounding dither on the market. As our perception of the end result is the most important metric of quality, iZotope has built all of their models using real music — not test tones, hisses, hums, bleeps, and buzzes. The result is the most musical and sonically pleasing dither available. Key features include control of noise shaping amount, autoblanking to disable dither during digital silence, control overall amount of dither introduced, specific models for 44.1kHz/96kHz/192kHz, psychoacoustic models based on extensive musical listening, and low-latency/processor-efficient operation designed for high performance, realtime environments.

Fidelia Remote
Fidelia for iOS turns your iPhone or iPod touch into a full-featured remote control for Audiofile Engineering’s powerful Fidelia music player. When your iOS device is connected to the same wireless network as a Mac running Fidelia, use it to browse your Fideliamusic library and playlists, adjust playback volume and navigate between or within tracks. Enjoy remote control access from across the room, between floors or as far away as your wireless network signal will allow.

A 15-day trial can be downloaded from the Audiofile Engineering website. 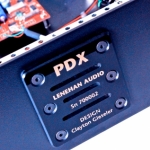 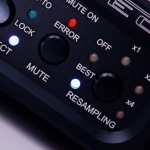