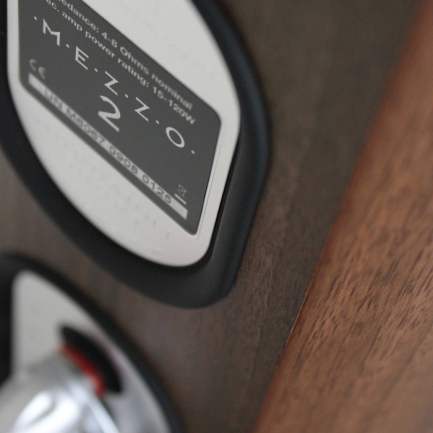 My first proper pair of speakers were made by UK hifi stalwart Mordaunt Short.  One hundred quid from a long-forgotten store in the east end of London.  The small, standmounted MS 3.10 saw me through my university years.  These were the speakers through which I discovered Neil Young, Bob Dylan and the Talk Talk’s descent into oblique art-rock records.  These were the speakers that saw me through my first heartbreak, soundtracked by The The’s Dusk, R.E.M.’s Document and The House Of Love’s untitled second (“Butterfly”) album.  Heady times.

(I bought another pair of 3.10s via eBay in the name of nostalgia and – twenty years on – still found them to be a competent little budget loudspeaker.  Nothing too flashy and nothing too shabby.  That metal dome tweeter was still a little over-bearing, but the MS 3.10 held its head high.) 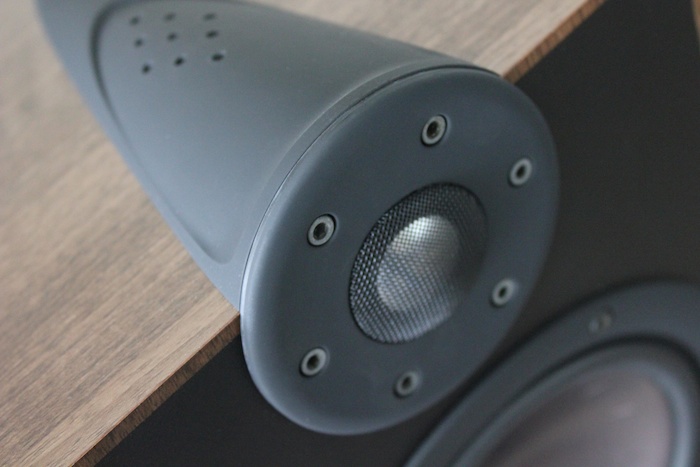 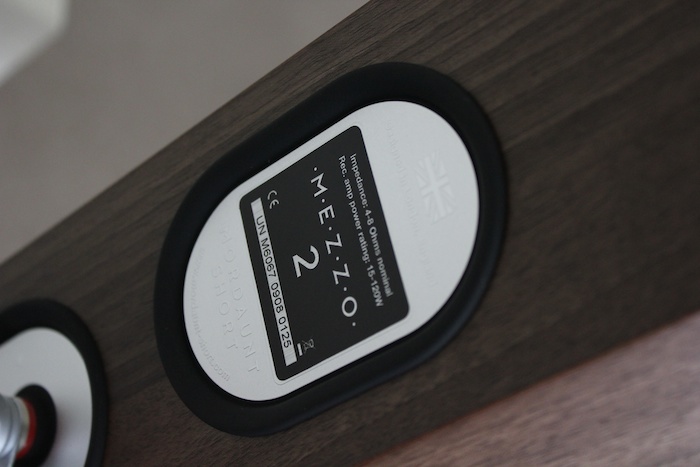 My second period of exposure to Mordaunt Short’s loudspeakers came ten years later, just as the stereo scales began tipping towards home theatre and companies rushed to meet the demands of those (dreadful phrase this) emerging markets.  I was looking for a standmount that I could bring to Australia and plonked 150 quid down on a pair of MS-902s.  Richer Sounds had talked them up and they sold by the truckload. I struggled to get along with them – they lacked soul and tried too hard to impress.  I had been wow-ed by a flashy, showy loudspeaker that sounded exciting during the twenty minute audition period but became annoying during more prolonged listening sessions. I had been ensnared in the most classic of hifi retailer spider webs.  They sounded like they looked: shiny.  In more general terms and under the stewardship of Audio Partnership Plc, the early noughties saw the Mordaunt Short brand suffer a significant hit.  The move towards home theatre packages – in Australia at JB Hifi – undid decades of reputation building within a few short years.

Ten years later and the Mordaunt Short is one of many British warhorses that sit tight under the IAG roof; and I find myself with a pair of Mezzo 2 sitting in an (unexpectedly) large box.  Those familiar with the latter-day Wharfedale cabinet design will have seen the curved cabinet design before.  It’s designed as such to minimise internal standing waves.  The tweeter is a one inch free-floating aluminium dome, ventilated through the top of the elongated enclosure that itself protrudes from the top of the speaker cabinet.  There’s no denying it: Mordaunt-Short offer unusual-and-interesting design features for a budget loudspeaker.  The mid/bass driver – which remains redolent of post-2000 Mordaunt-Short – is a 6.5 inch aluminium basket driver that wouldn’t look out of place on a Mars rover vehicle.  Efficiency is rated at 89db. 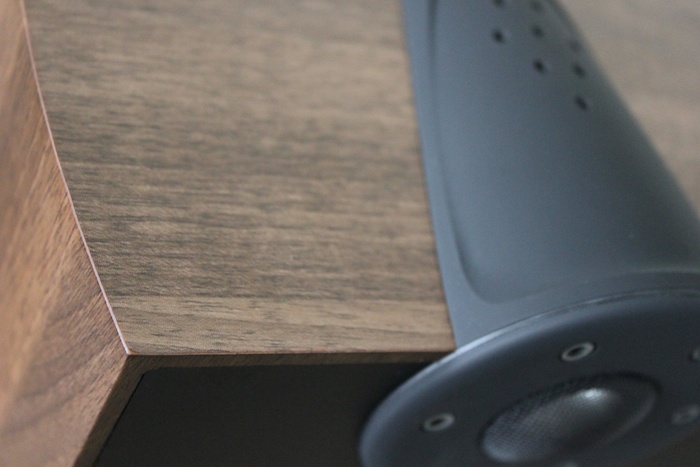 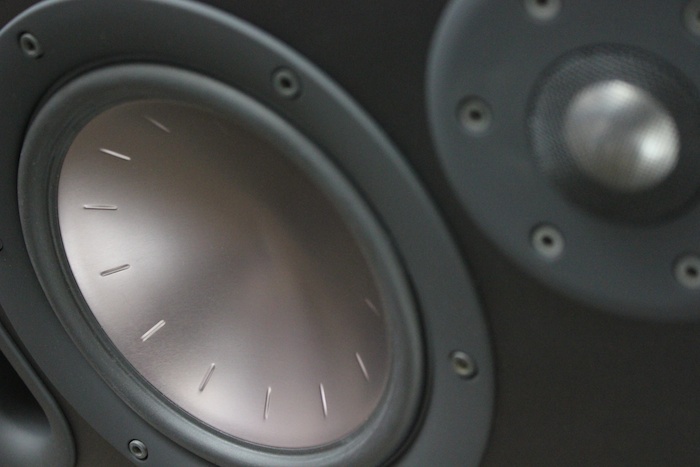 Things started poorly – these are loudspeakers that sound very ordinary straight out of the box and need plenty of time to run in.  Their lack of involvement compounded by the deployment of an 8wpc SET tube amp.  A gutless and un-involving sound (which was to be expected).  After a two week run-in period, a move to the Virtue Sensation M901 proved to be more enjoyable.  Treble was less muted and had begun to open up to encompass plenty of recording studio ambience – it was lively and insistent without the metallic sheen that I had witnessed from the MS-902s.  Dynamics also showed themselves to be more present, but none too attention-seeking.

With news of a 2011 Pulp re-union fresh in my mind, I had been ploughing through their quirky-Britpop back catalogue.  Paying close attention to the Hits compilation, I noted clear differences between different eras of the band:  the muddy recording of “Razzamatazz” versus the bleak-but-affirming intimacy of “A Little Soul”.  Detail retrieval proved to be excellent.  Ditto instrument separation.  They’re a bit stand-off ish with Jarvis Cocker’s closely-mic’d vocal on the latter track, but the clarity remains.  There’s little to complain about in the context of the AU$1199 retail price.  I very much liked what I heard.

Mordaunt-Short have dialled back the attention-seeking demeanour of previous models to produce a large(r) standmount loudspeaker that doesn’t try too hard to impress on first listen.  Despite their future-meets-past looks, the Mezzo 2 possesses a welcome austerity with a penchant for the delicacies of midrange reproduction.  Bass is not as big or as bombastic as one might expect – a good thing in my book.  Morrissey’s glam-stomp of “You’re Gonna Need Someone On Your Side” bounds along with surprising speed and gusto.  Again, plenty of cerebral detail was evident but – like an uncoordinated teenager – it sometimes hangs together quite awkwardly, evidence (perhaps) that the Mezzo 2 haven’t fallen too far from the Mordaunt-Short home theatre tree. 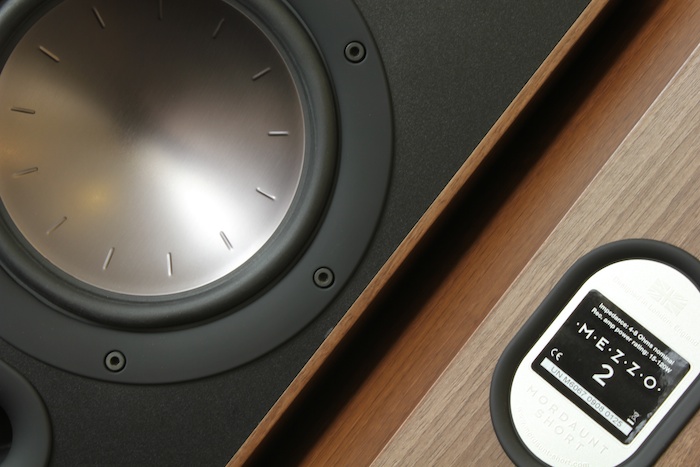 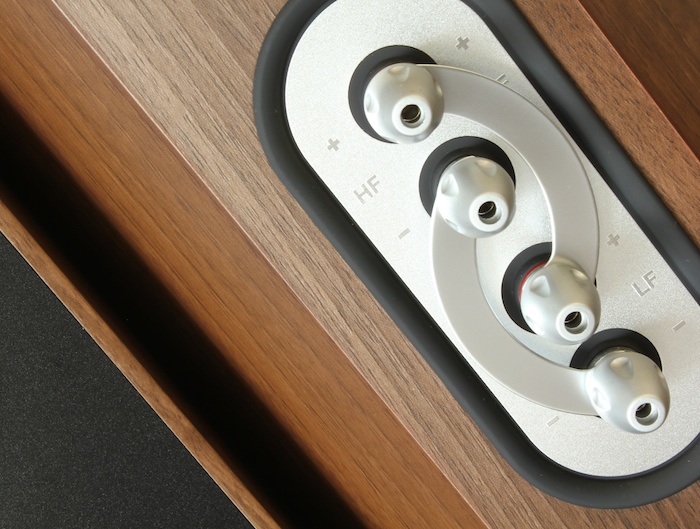 Soundstaging is expansive but not forward. Boz Boorer’s chugging guitar hooks have plenty of scale and micro-dynamic swing, but one wouldn’t describe the Mezzo 2 as the last word in slam.  Meaty? Yes.  Sucker-punch between the eyes?  Nope.  The Mezzo 2 are dependable workhorses, they cope with anything thrown at them.  They are close to unflappable and are not overly rich like a ProAc or overly dense like an ATC.  Surgeon’s techno assault benefitted from the Mezzo 2’s a restrained enthusiasm, lending a maturity and seriousness to an already serious electronic recording.  Like a Buckingham Palace guard, it takes a lot to fluster the Mordaunt-Short’s calm repose.

I hit the Mezzo 2’s synergy sweetspot with the deployment of tube power (and plenty of it).  The JLTi EL34 power amp (AU$1200) fed by a Squeezebox Classic and Eastern Electric Minimax (as DAC and pre-amp) chimed beautifully with Mordaunt-Short’s ATT tweeter technology – nothing edgy or bright emanated from the aluminium dome, no matter how chainsaw-like The Fall recording.  Much of Mark E Smith’s earlier singles were probably recorded in a garden shed, but when filtered through the JLTi EL34/Mezzo 2 combination, what was once harshness became rustic charm.

Comparing the Mezzo 2 to the Wharefdale Diamond 9.1 (AU$299) saw them run neck-and-neck for midrange exposure, with the Mordaunt Short eeking out more recording ambience and room drive.  The 9.1s work well in my smaller listening room, the Mezzo 2 didn’t.  The Mezzo 2 might be the faster of the two, and is certainly speedier than the Usher S-520 (AU$599).  Both the Wharfedale and the Usher could be pushed harder than the Mordaunt Short, with the latter offering the drier sonics (but not as dry as the recently reviewed JohnBlue JB4). 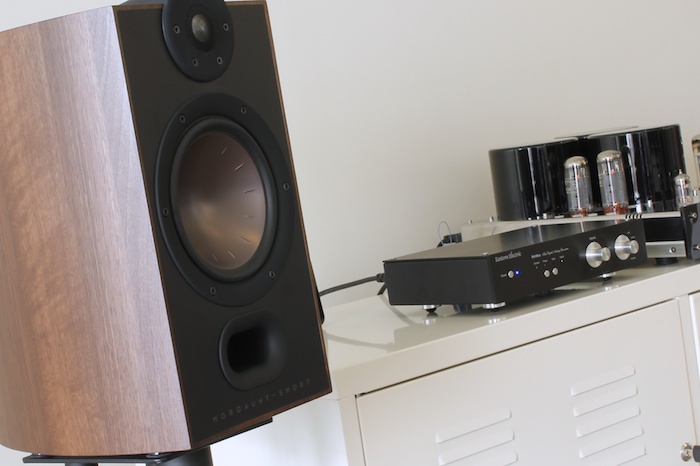 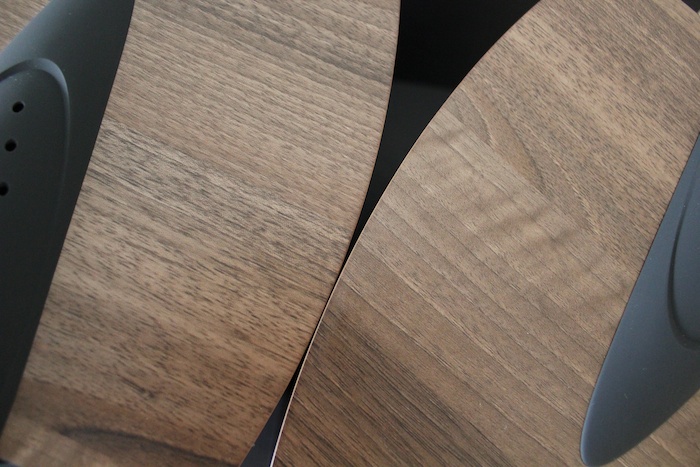 Mordaunt-Short’s Mezzo 2 are nothing exotic or flashy when it comes to sonic performance.  Build quality is superb (save the binding posts that look horrendously cheap).  The Mezzo 2’s trump card is its ability to disappear and remain “visibly” detached from the music.  Imaging this from a larger two-way standmount at this price point is a rare occurrence indeed, but I attained best results with placement well clear of side boundaries.  Despite the front port, the Mezzo 2 close-to-insisted on being kept away from the rear wall too.  Ensure you have plenty of space  for these puppies.

These are speakers that are dependable – old faithful for the modern age – and prove that one doesn’t have to travel to the easts of Europe or Asia to find a compelling listen for just over a grand.  If you enjoy a stable, taut, clean sound with plenty of instrument separation and without an overload of bass, you should add the Mezzo 2 to your audition list. Even if these loudspeakers are not necessarily the ones for you, the lesson here is to give time to loudspeakers from manufacturers that might have previously been written off as yesterday’s men.  There’s plenty of life in the old Mordaunt-Short dog yet. 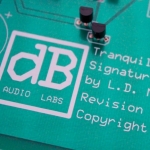 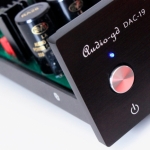