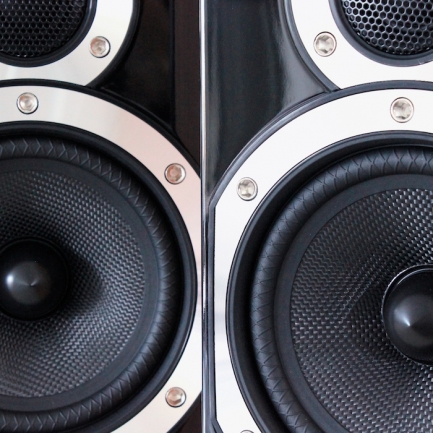 Let us commence this review with a jaunt down memory lane. A quick scout around the Wharfedale UK website confirms what I had always suspected: that their Diamond range of speakers began as a revolution and are now the recipients of constant evolution. Plucked from the history page at wharfedale.co.uk:

“1981 – Work began on a product which was to change the face of the loudspeaker industry forever. Derived from research undertaken for the high end TSR102, the Wharfedale Diamond was born. The rather unassuming small box took the industry by storm. Small cabinets and the stiff, yet light polypropylene meant a very fast, tight sound and compact, accurate two-way drivers produced a fantastic stereo image. They quickly became best sellers and the Diamond range became a permanent fixture on our product list. Never a company to rest on its laurels, though work quickly began to develop successive models and within a year, the Diamond II was launched. The development of the Diamond has continued unabated eversince. Each successive generation of Diamond speakers has introduced a new technology or material into this competitive sector. As an introduction to serious hi fi, the Diamond series has never been beaten.”

Under the all-seeing-corporate-eye of IAG, Wharfedale have taken this classic loudspeaker onto its tenth iteration;  which has been a long time coming to Australian shores (and stores). Released in the UK early in 2009, the positive reviews have flowed thick and fast, during which time Australian consumers have been left to pick over the bones of 9th series run-outs (albeit at supremely keen pricing from some retailers). However, many purchasers remain suspicious of a supposedly serious hi-fidelity loudspeaker costing less than they would drop on cables. To use as spares. In their third system. 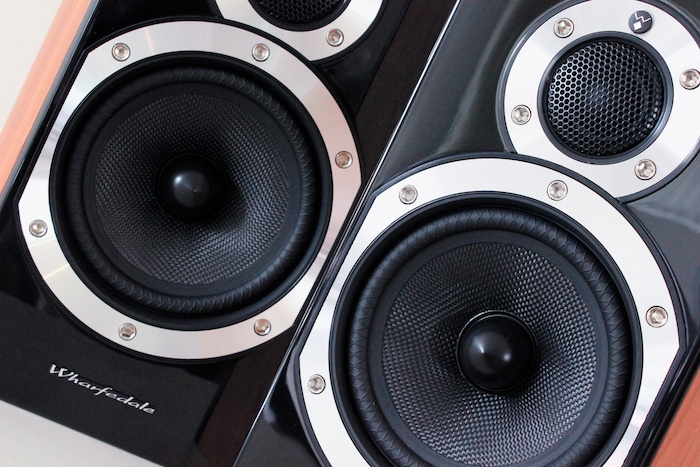 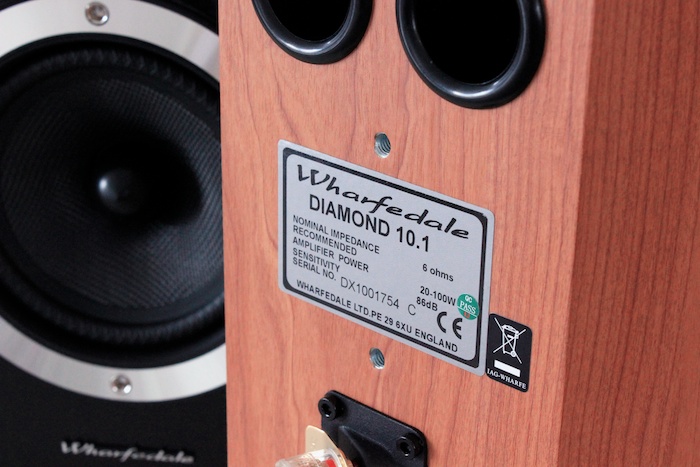 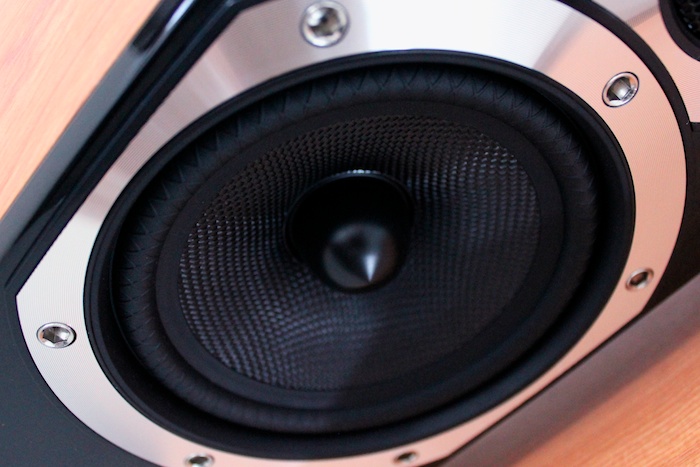 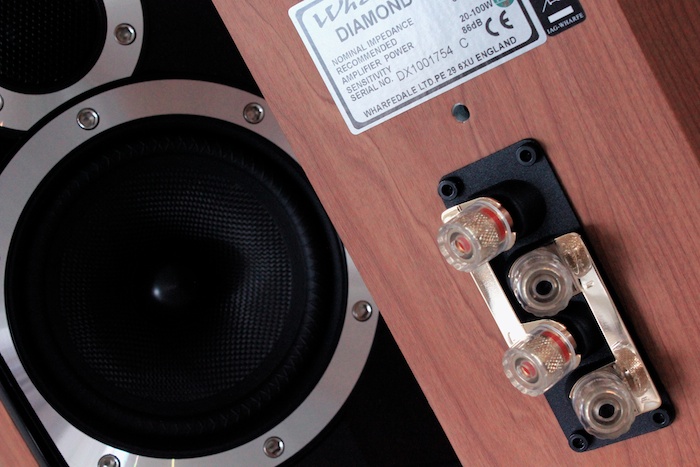 So, what changes have been made to bring the Diamond series into double-digits?  Firstly – and most notably – the vinyl wrap of the 9.1 has been dispensed with in favour of a wood veneer. More exotic finishes are available over and above the standards of cherry, black or rosewood. Our review pair came in rosewood. The curved box design remains intact (apparently to combat standing waves), as do the four, vertically arranged binding posts. If bi-wiring is your thing, you’re in luck. If, like me, your speaker cable is terminated with banana plugs that constantly threaten to touch – and blow amplifier fuses (!) – you’re in even more luck. Bass reflex ports have been moved to the rear of the box and I can confirm that the 10.1s require greater breathing room than their forefathers.

Removing the grilles reveal something that may polarise 10.1 owners:  the 5 inch bass driver and 1 inch soft-dome tweeter are now surrounded with a what could only be described as “bling”. Perhaps this is a result of the further advanced mainstreaming of hi-fi in the UK?  Whatever the reason, I’m not a fan – it is the attire of the nouveau riche. Aesthetic judgement will vary wildly and so if this is what is required to get Mums and Dads out of big box retailers and into more boutique retailer audition chairs, then I’m all for it. 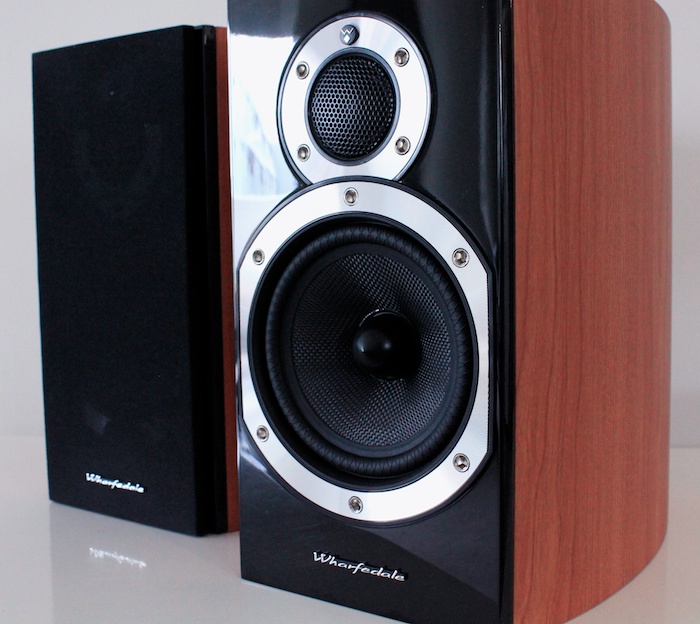 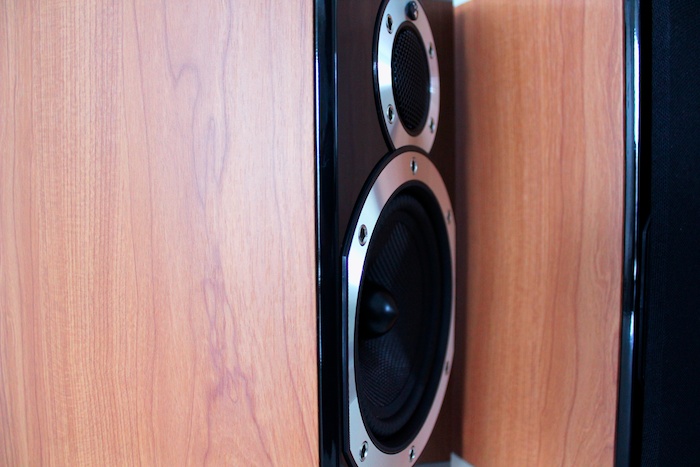 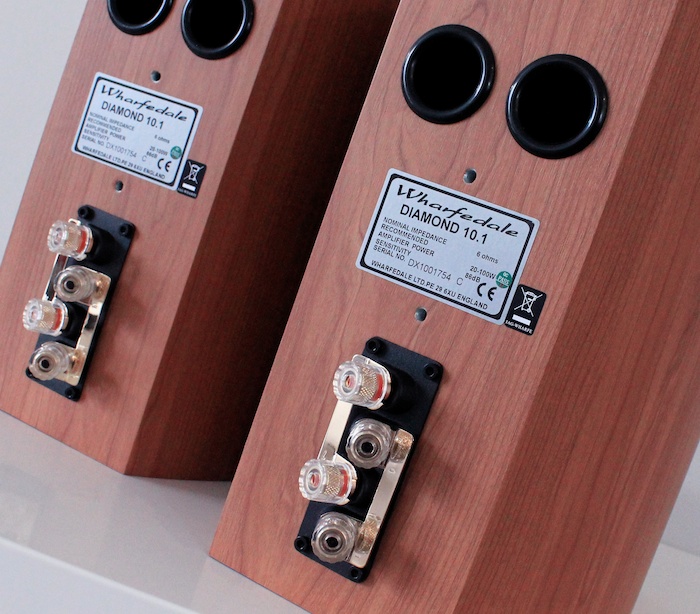 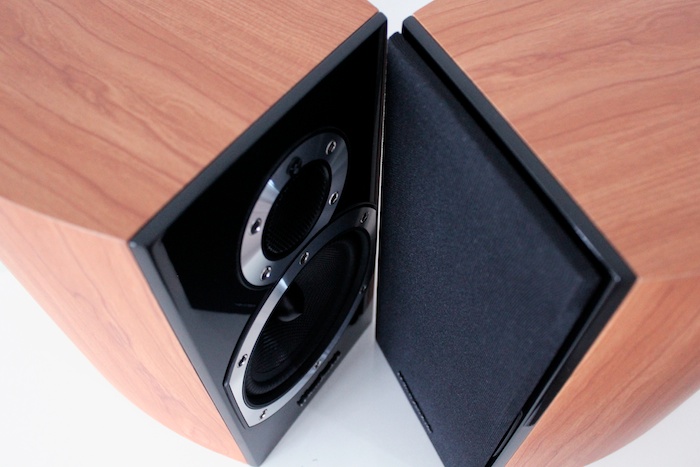 But enough with the lipstick, powder and paint – how do they sound?  At the core of the first review system is the spritely Dayens Ampino amplifier from Serbia. Even at only 25 wpc. Despite the fallibility of sonic memory blurring the picture, the 10.1s sound cleaner and offer up more detail than the 9.1s. Finding yourself caught between those two stations?  Yup, the additional dollars on the 10.1s are worth it. Proponents of musicality-over-accuracy would be safe to stop reading here, order a pair and then relax with a cuppa (budget audio nirvana is in the post).

Moving up the amplifier food chain to an LFD Zero LE and things really start to open up. The top-end delicacy and timing of the LFD filled the room with David Bowie and his Spiders From Mars. I savoured every last morsel of the seminal Ziggy Stardust. Wam, bam, thank you ma’am. Yes, there was room-commanding rock but room-commanding rock delivered in an ever-so convivial manner. Imagine a Volkswagen Golf GTi delivered to your door by Stephen Fry. Both authority and grace coalesce into the Diamond 10.1’s polished-window exposure of an expansive soundstage. Most-impressive of all for a speaker at this price-point is the wide open midrange, usually the exclusive preserve of (yes, that cliche is about to drop) speakers three or four times the price. With these budget Wharfedales taking up residence in your postcode you might find the law of diminishing returns causes your utility curve to plateau earlier than anticipated. 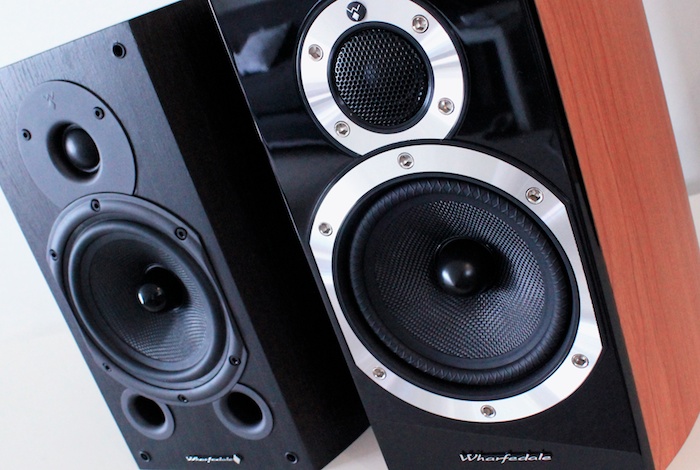 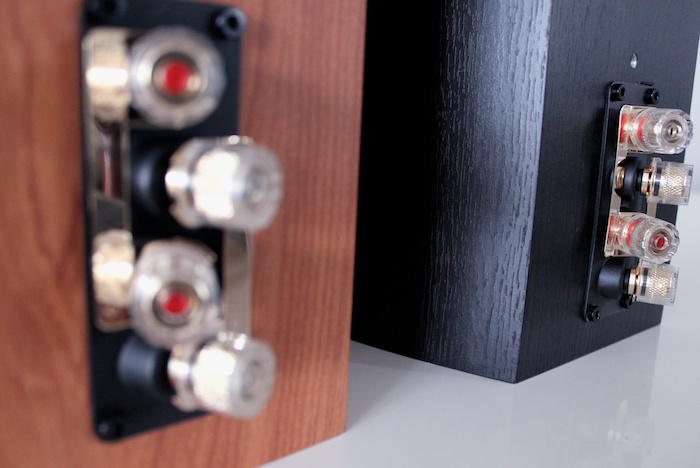 EMI has just released a fine-sounding remaster of R.E.M.s Fables Of The Reconstruction. Renowned for being a murky and dark record in both spirit in sound, the 2010 release shines a light into its cracks and crevices. The 10.1s provide a tidy and easy-going replication with the occasional lapse in bass control. In seeking to mine deeper through the lower hertz, Wharfedale may have lost a little grip. A minor complaint but a complaint nonetheless. The Usher S520’s version of Buck/Berry/Mills/Stipe’s version of an Americana steeped in turmoil could not be more different:  Buck’s guitar is etched into the air and the Ushers regularly front up as too bright and less refined. The Wharfedales better handle Stipe’s vocal (often buried deep in the mix) and go down much lower. Somehow, the 10.1s seem to be more comfortable in their own skin than the S520s. More organic? Perhaps. More musical?  Certainly.

The conclusion I had originally planned for this review will undoubtedly blow out in numerous directions (in the hope that your hifi budget doesn’t). There is salvation to be had here. Salvation from the never-ending and oft-exhausting upgrade merry-go-round. Salvation from the angst of over-analysing the sonic merits of a big buck purchase. These are speakers that will bring you up for air, speakers that will buy you time whilst you better plan your next upgrade move. Most of all, they are easy company. 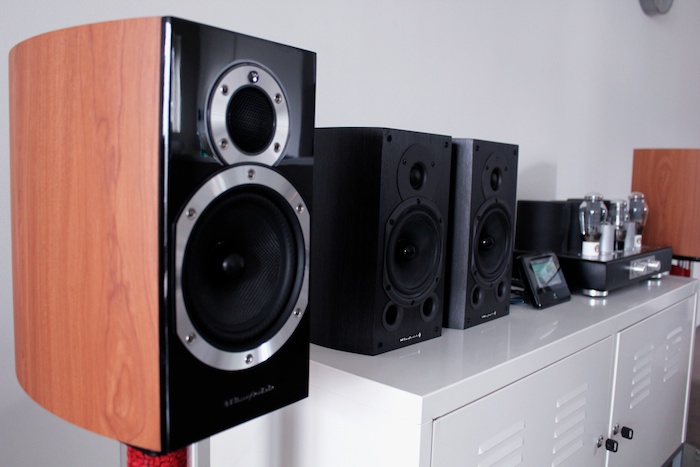 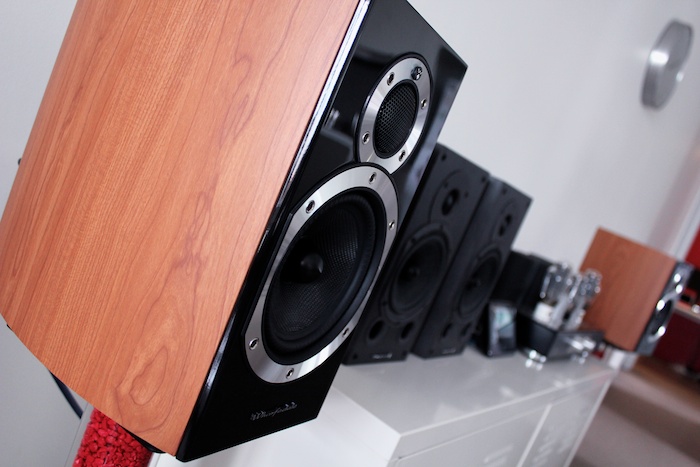 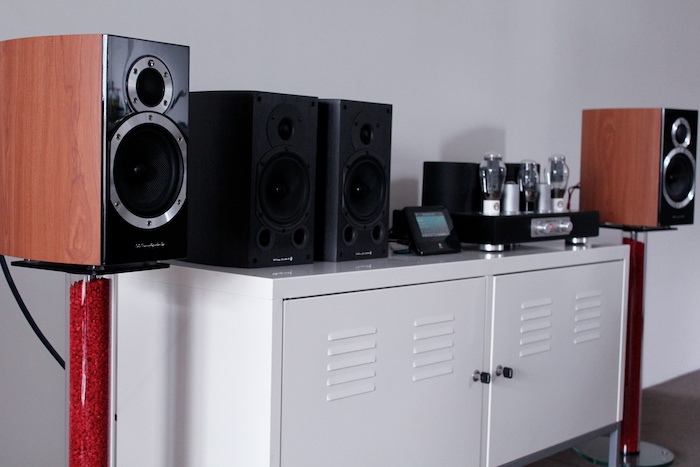 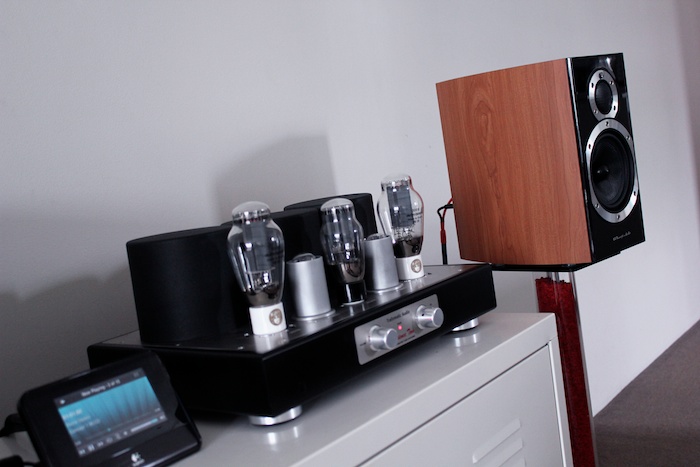 Could the 10.1 be an “everyman” speaker?  Very possibly. One for student houses, second systems and possibly one for the upper end of town IF snobbery can be overcome. For those of you who consider yourselves to be the most ardent audiophiles, the 10.1s will happily reveal the niceties of your more expensive ancillaries and yet they won’t go to pieces when paired with a more humble sounding amplifier. Even with enthusiasm bridled, I am confident that the Wharfedale Diamond 10.1 could cut it with the best of them. They are mid-fi with their foot jammed into hi-fi’s front door, a kick up the arse of more boutique manufacturers. No, they don’t have the bass tightness of an ATC or the midrange eloquence of a ProAc, but neither will they run you over two grand.

Here we have a rare commodity in the audio-sphere. The Diamond 10.1 are loudspeakers that permit you to forget about your system – and many of its shortcomings. These neatly-crafted boxes prowl with ample bass, a very open midrange and a refined top end that doesn’t draw too much attention to itself. Wharfedale could easily charge twice the price for the 10.1s and still elicit comparable levels of mirth from this reviewer. They are a true wolf-in-sheep’s-clothing, defying their entry-level market placement. At the sub-$500 price-point, it is easy to make a far more pedestrian and less rewarding purchase. For those with only a few hundred bucks to drop on loudspeakers, the Wharfedale Diamond 10.1s should be at the very top of your audition list. Even for folk wishing to lavish up to $1000 on loudspeakers, the 10.1s should still near the top of your audition list. At the very least, they will give proper context to your additional spending power. 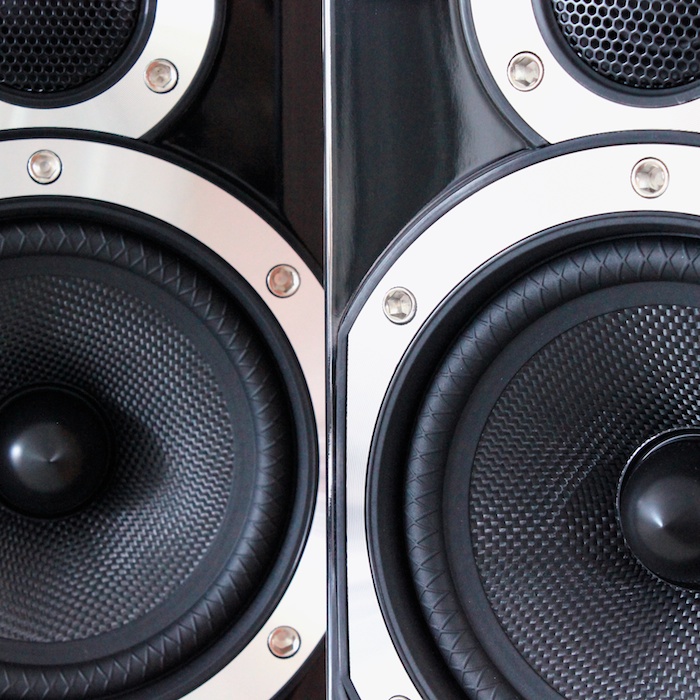 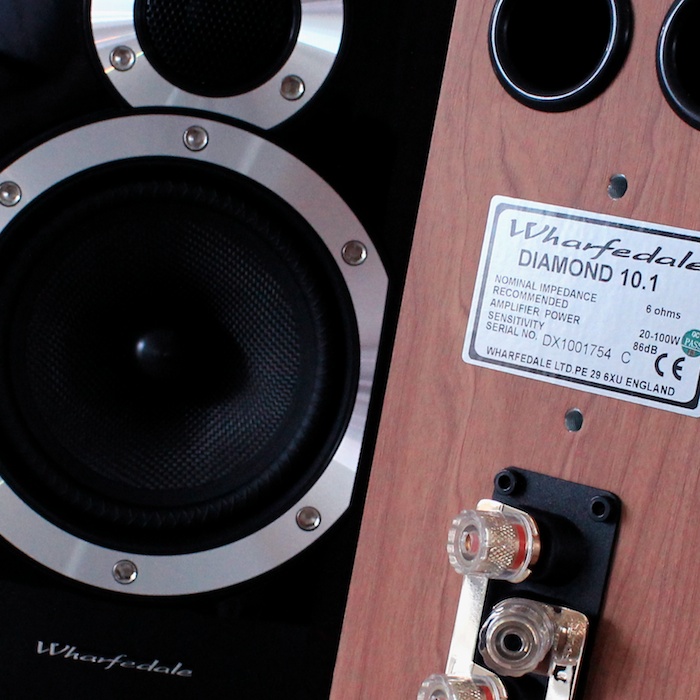 A quick scout around the internet reveals some dealers are able to shave further dollars from the Diamond 10.1’s $450 RRP. Madness!  Surely such pricing is the result of a manufacturing Faustian pact?  No wonder the snobs turn up their noses. “Audiophiles” that are stoic in their belief that a decent sound is not possible at such a bargain basement price are in for a sharp lesson. In a beautiful irony, those folk unwilling to spare even the shortest amount of time to listen (yes, even for fun!) to a system fronted by this latest and greatest Diamond loudspeaker revision will find themselves the most short-changed of all. Those short of cash and looking for musical speakers could find most of their needs met with the 10.1 standmounts – they are true budget all-rounders. 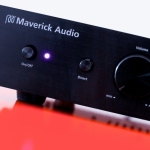 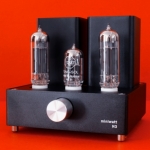 This new arrival from @dynaudio - a pair of Focus

A monster podcast episode for hifi newbies, now up

Buying your first hifi system? BEFORE you get to s