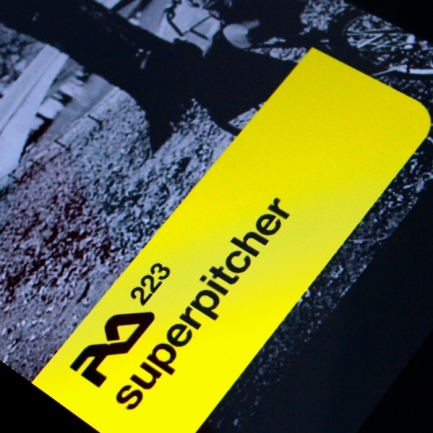 The iPad has been on the market for a matter of months and its initial user uptake has been remarkable – 3 million units sold in the first 80 days!  Not even the clarion call of detractors (“it’s just a big iPhone!”) has stunted the iPads sales growth. Each passing week, owners are discovering new uses for it.  My iPad has already earnt its place on the arm of the couch as a casual web browser and email device. I take “listening notes” using Evernote and – best of all – a remote control for my Squeezeboxen (using the superb iPeng app). With the iPad/iPeng combination, the convenience of accessing anything from a music library has finally matured into a real-world scenario; easily supplanting the squint-click-hope of its iPhone/iPod Touch brethren. 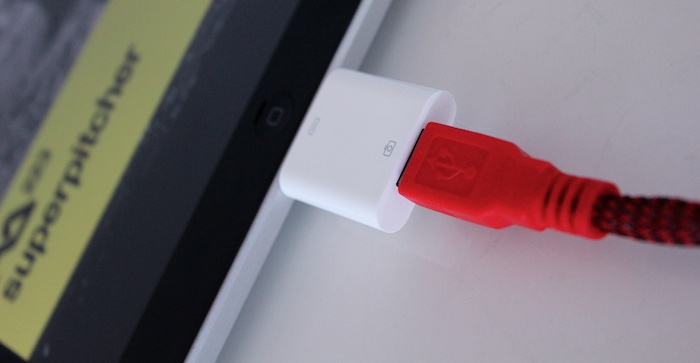 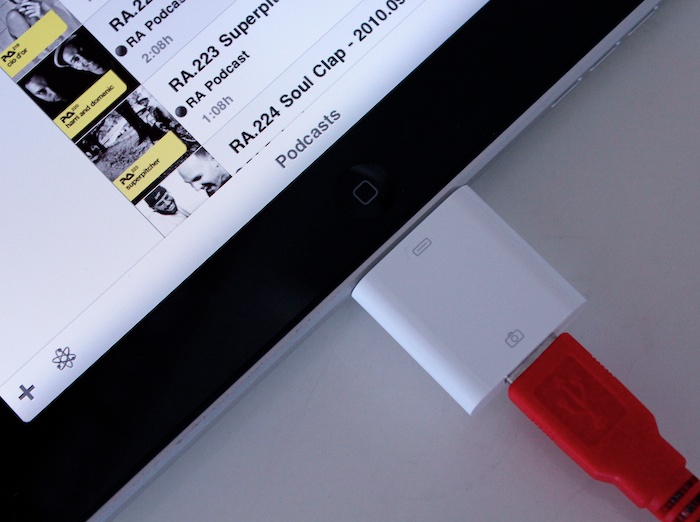 However, it is unlikely that many people have found the iPad to have superseded their iPod or iPhone as their portable music player of choice – the additional bulk of the 10″ screen and 0.7kg precludes in-pocket usage – but what about the iPad as a home digital audio device? Many hifi buffs would rightly baulk at connecting the headphone output directly to their amplifier (I winced when writing that) but these same folk might also have dipped their toe into digital audio waters with a USB DAC and are yet to go knee-deep with a dedicated transport such as the Sonos or the (aforementioned) Logitech Squeezebox. After all, if you’ve dropped a few hundred shekels on an iPad, you might not be too eager to push your budget too much further – and rightly so. But what if there were a third way? A way to make a digital transport of the iPad? 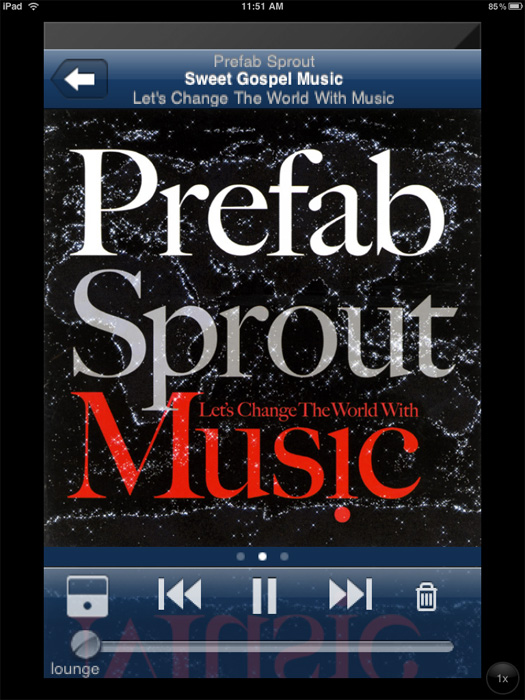 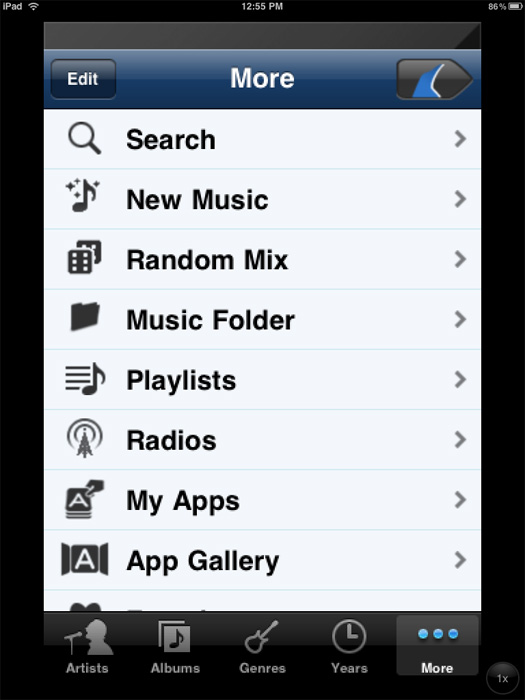 The Apple iPad camera connection kit includes (AU$39) a dongle that attaches to the iPad’s data port so that a standard USB port can be realised for – you guessed it – connecting your digital camera. Yet in the most unexpected of legislative loopholes, the thumb-sized dongle not only hoovers up pictures from your camera into the iPad but it also permits the outward bound flow of digital audio. The newly-added USB port need only be hard-wired to an external DAC and you have the iPad-as-digital-transport sitting in your lap.

For initial listening, I connected the iPad to a Cambridge Audio DacMagic with a standard USB cable (nothing fancy), I fired up the iPod app…and I was away. A swift blast through a couple of Resident Advisor podcasts saw no glitches or hiccups from either devices; only wonderful 16/44 (Redbook) music. The iPad’s iPod app is more spacious and flexible thatn its iPhone counterpart and makes for a much improved touch-and-go experience. I flipped the iPod into landscape mode and browsed for both The National and Underworld’s recent iTunes showcase gigs (I had been totally subsumed by the Apple ecosystem!). Again, both played flawlessy. 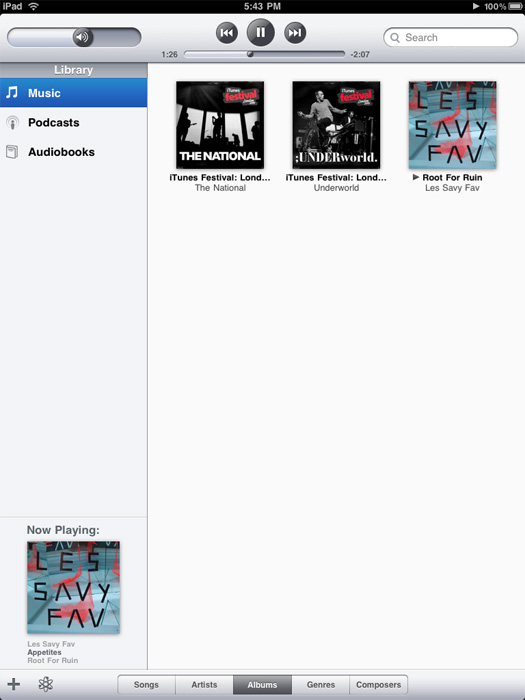 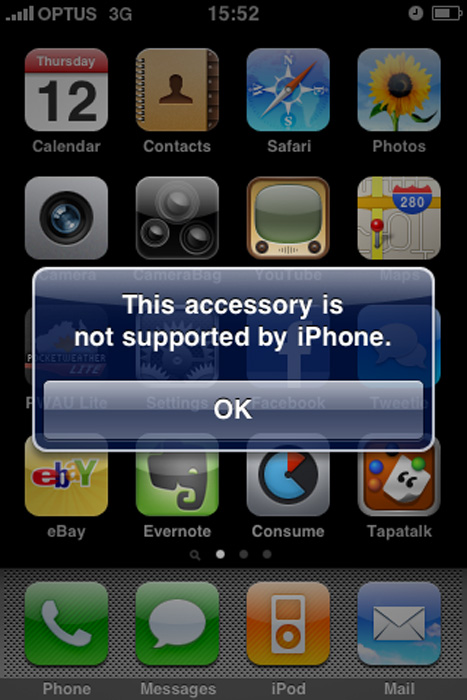 I switched DACs to the Maverick TubeMagic D1. The music took on the more vibrant hues of the tube output stage and still not a single drop-out or digital “glitch”. It played Les Savy Fav’s Root For Ruin flawlessy. Ditto Leonard Cohen’s Songs From The Road.

Having started from a glass-half-empty standpoint on this fluke of technology I was swiftly being converted to a more optimistic view point. The sound quality from the iPad was equal to that of using my MacBook Pro. The former being the more convivial of audio hosts with its touchscreen interface.  I continued to be impressed by the iPod interface on the iPad – navigation was less fussy than with an iPhone.  It was better suited to armchair repose.

What of jitter?  I’m glad you asked!  In my everyday digital audio setup, a Firestone Audio Bravo sits between the Squeezebox and the DAC. It is there to reclock the digital audio stream and reduce jitter. The Bravo has a USB input so why not connect the iPad to it and take the sound quality up a few notches?  No dice.  The Apple device seemed unwilling to recognise the Bravo, instead spitting audio from its in-built speaker. For a short moment, the M2Tech Hiface was considered as suitable alternative but that requires additional drivers even on a Mac. Sigh. 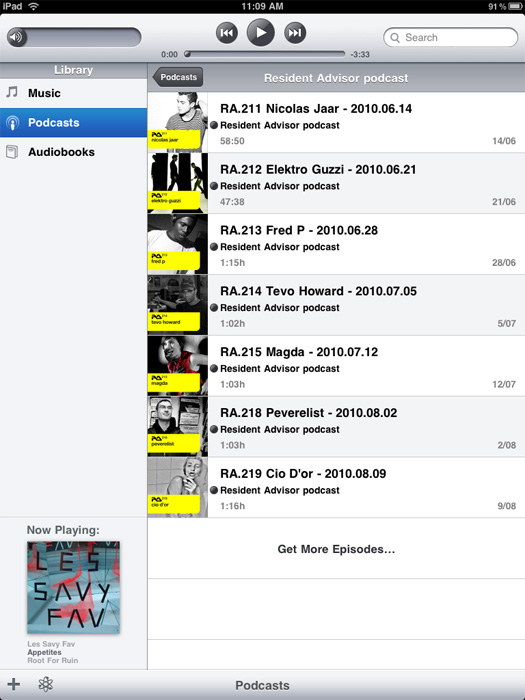 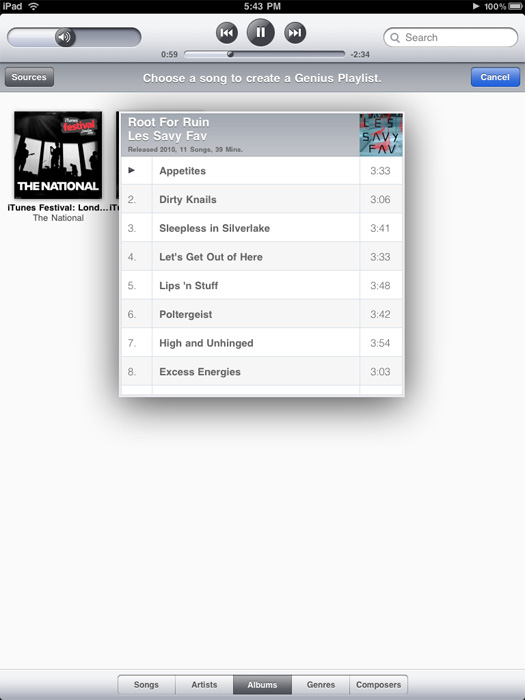 The iPad’s social whirl around the room of USB DACs was then broadened to a Devilsound (success!), a Firestone Big Joe III (success also), an MHDT Labs Paradisea 3 (success again) but it refused to cross Halide’s new Bridge (epic fail). I suspect – but cannot conclusively prove – that this may be the result of each device’s USB resolution and sampling rates.  The Bravo can auto-detect up to 24/96, the Halide Bridge likewise and yet the Maverick, DacMagic, Paradisea and Big Joe III remain content with the 16/44 redbook standard.  The “If it ain’t broke, don’t fix it” sometimes yields dividends – in this case full compatibility with the iPad’s camera connection kit. 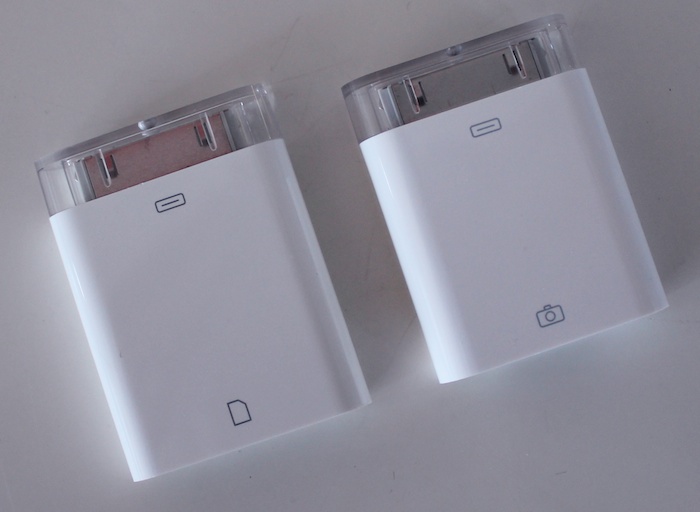 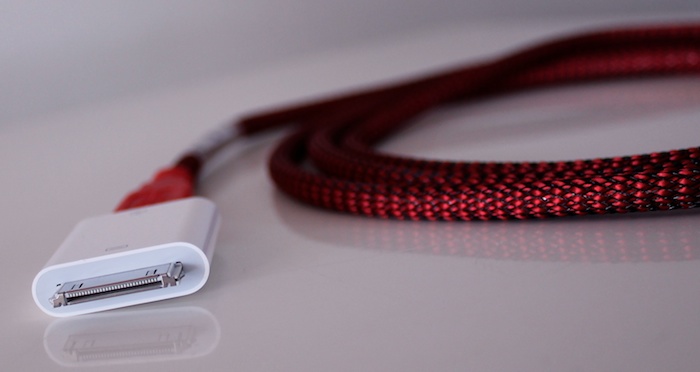 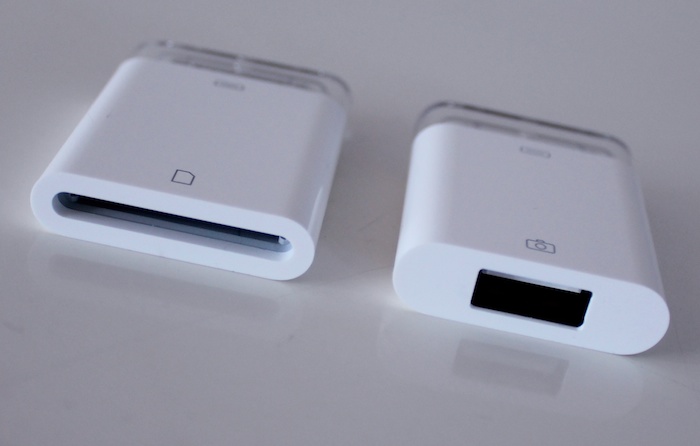 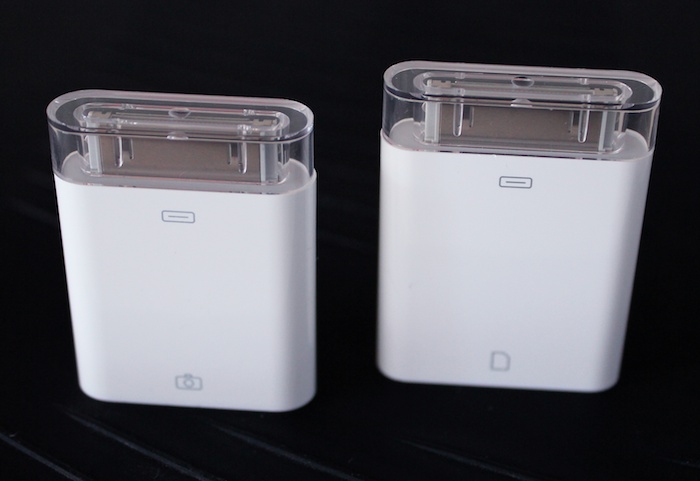 Let’s not ignore the potential pitfall here: Apple’s sword-of-Damocles-firmware patching could possibly pull the plug on this “feature”. At the time of writing, the iPad used in this review was running firmware version 3.2.2 and the digital audio output ran flawlessly. If you choose to pursue the path of iPad as digital audio transport – and I see no compelling reason not to – perhaps hold fire on each incremental firmware upgrade until the geeks of the internet confirm that the USB audio taps still spill forth.

Putting a more positive spin on this unusual hardware side effect, perhaps the digital audio leakage speaks of greater things to come from Apple.  It is unlikely, but still possible. This forty dollar adaptor could well be a solid interim measure for many; especially for those that demand a tactile and immediate control of their music from the comfort of the couch and whose DAC possesses the requisite USB port. The camera connection kit brings the iPad out of the shadows as a formidable (digital) audio transport.

UPDATE April 2012:  It seems that 24/96 can now be extracted from the iPad digitally.  Have a butchers at this white paper for details. I suspect this will become increasingly common as manufacturers adopt USB Audio Class 2 implementations for which drivers are (mostly) not required. 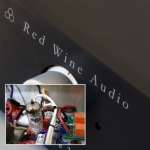 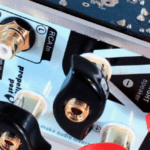